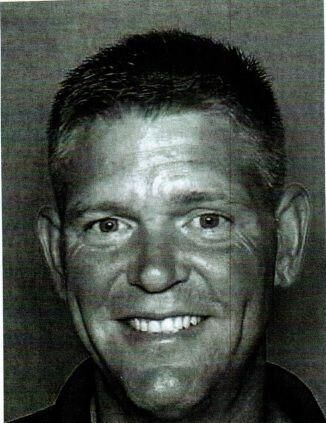 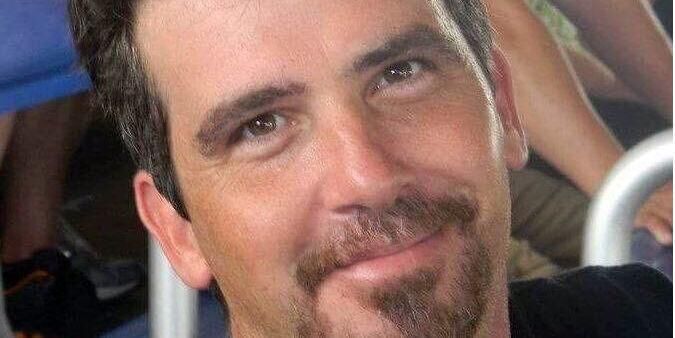 Update: Defense attorney in the case, GF (Cork) Stovall issued a statement  Saturday, Oct. 2, 2021, on behalf of his client, Sandy Duncan. The statement is below:

“We have known from the outset that this was an unintentional act, a horrific and tragic hunting accident,” Stovall stated. “Early on, Sandy passed an independent polygraph on this point, a copy of which was provided to the State.

“It is unfortunate that Danny’s kids and other family had to endure a day of painful testimony and video evidence,” Stovall continued. “The plea agreement Sandy accepted spared them so much more. Sandy has been and remains extremely remorseful. All of our thoughts and prayers remain with Danny’s family.”

JEFFERSON — A man accused in the 2017 Memorial Day weekend death of his cousin, a former Marshall firefighter, took a plea bargain deal this week and got 10 years probation.

Sandy Duncan, of Linden, was originally indicted by a Marion County grand jury for the offense of murder in connection with the death of his cousin, 44-year-old former Danny Duncan. Through the plea bargain agreement, he waived his right for a jury trial and pleaded guilty to a lesser offense — manslaughter, a second degree felony.

“I think probably, in the end in a way that’s good for all parties involved... saved a lot of people a bunch of pain of hearing things that probably would be forever long lasting and painful,” said Karrie Crosby, the maternal aunt of the victim’s children.

“It’s been a long many, many years,” she said of the nearly five years the family has waited for justice to be served.

“I really loved him dearly,” Crosby said of her late brother-in-law and victim. “I want there to be some finality for my niece and nephews.”

The victim, Danny Duncan, who also worked as an inspector with the TxDOT agency in Marshall, died May 28, 2017 from what officials first investigated as an accidental shooting. Then-Marion County Sheriff David McKnight reported that the incident occurred in the wee hours of the morning as Duncan and some relatives were boating on the Little Cypress River.

He said the group had taken the boat onto the bayou, from the Texas 134 access. And according to the preliminary investigation, Sandy Duncan, a cousin of the gunshot victim, was shooting at a snake when he laid the gun down and it went off, hitting Danny Duncan.

“It was a single gunshot wound. We’re investigating it as an accidental shooting,” McKnight said at the time.

Sheriff’s officials said the boat was launched into the water late that Friday night. The group was still out there early Saturday morning when 911 dispatchers received a call at 4:45 a.m., alerting them of a gunshot victim.

“They were frog gigging and there was some alcohol involved,” McKnight said at the time.

He noted that the cousin, who had the gun, sustained a gunshot wound to the hand. The deceased’s brother was also on the trip and taken to the hospital for chest pains. Both witnesses were interviewed.

Authorities began investigating it as a homicide several months later. Sandy Duncan was then arrested in connection with the death in March 2018.

Following Thursday’s plea, Danny Duncan’s children, Marshall and Ana, told the News Messenger that they have made peace with the outcome.

“I think it was the best outcome that could’ve happened, given the situation,” said 20-year-old Marshall. “I’m more so glad that it’s just done and over with. I made peace with it a long time ago. So I was more so just worried about the court part being done and over with. So now that that’s over with, I can just kind of put that to the side and move on with my life and close that chapter in my life.”

“Like Marshall said, I feel as though given the circumstances it was the best that we could’ve gotten and it wasn’t what we obviously wanted coming into it, but I know that it was the best thing that we could’ve gotten to allow us to move on,“ said Ana. “And I know that if it wasn’t for faith and for God being with us, then we wouldn’t have gotten through it all. And so I’m just thankful that now it’s over, we can move on, and make our daddy proud.”

As part of the plea bargain agreement, Sandy Duncan will be placed on deferred adjudication probation for 10 years. Additionally, he has to pay a $10,000 fine and court costs. Also, as a condition of his probation, he has to serve 60 days in jail to begin within 30 days of Thursday’s proceedings. He will have to report as directed to the supervision officer in Marion County and comply with all other standard conditions of probation.

Additionally, the defendant has to complete anger management class and perform community service. Sandy Duncan was also ordered to have no contact with the victim’s family, including the victim’s children, the victim’s parents and the victim’s siblings.

Crosby said given the circumstances, she’s also glad her niece and nephews can have some resolution.

“It was just a lot of dynamics in play that, basically, when the DA called and just kind of really talked to them about the reality of what they were hoping to prove and kind of some of the pitfalls they were going to fall into, they were really, concerned that the children might hear and see and have to understand things that would really probably leave a really long lasting, souring taste in their mouth,” said Crosby.

Given the circumstances, “my niece and nephews get to go on with their lives and they feel like they made a decision such that they advocated for their father and leaves them a little bit a closure, and life goes on,” she said. “I’m proud of them for facing this with a lot of restraint and a level of maturity.

“In the end, there is no measure of justice that wipes away what they had to experience,” said Crosby. “And in the end you have to work within the bounds of what you could potentially win; and it’s not about really proving right and wrong. It’s what kind of case can you win.”

“There’s at least a measure of relief that it’s not going to hang on and just hang on, but someone still lost their life, and how much is enough to pay to make that OK,” she said. “I don’t know that you can ever make someone fully responsible for that kind of choice.”

Defense attorney in the case, GF (Cork) Stovall has issued a statement on behalf of his client, Sandy Duncan.

“We have known from the outset that this was an unintentional act, a horrific and tragic hunting accident,” Stovall stated. “Early on, Sandy passed an independent polygraph on this point, a copy of which was provided to the State.

“It is unfortunate that Danny’s kids and other family had to endure a day of painful testimony and video evidence,” Stovall continued. “The plea agreement Sandy accepted spared them so much more. Sandy has been and remains extremely remorseful. All of our thoughts and prayers remain with Danny’s family.”