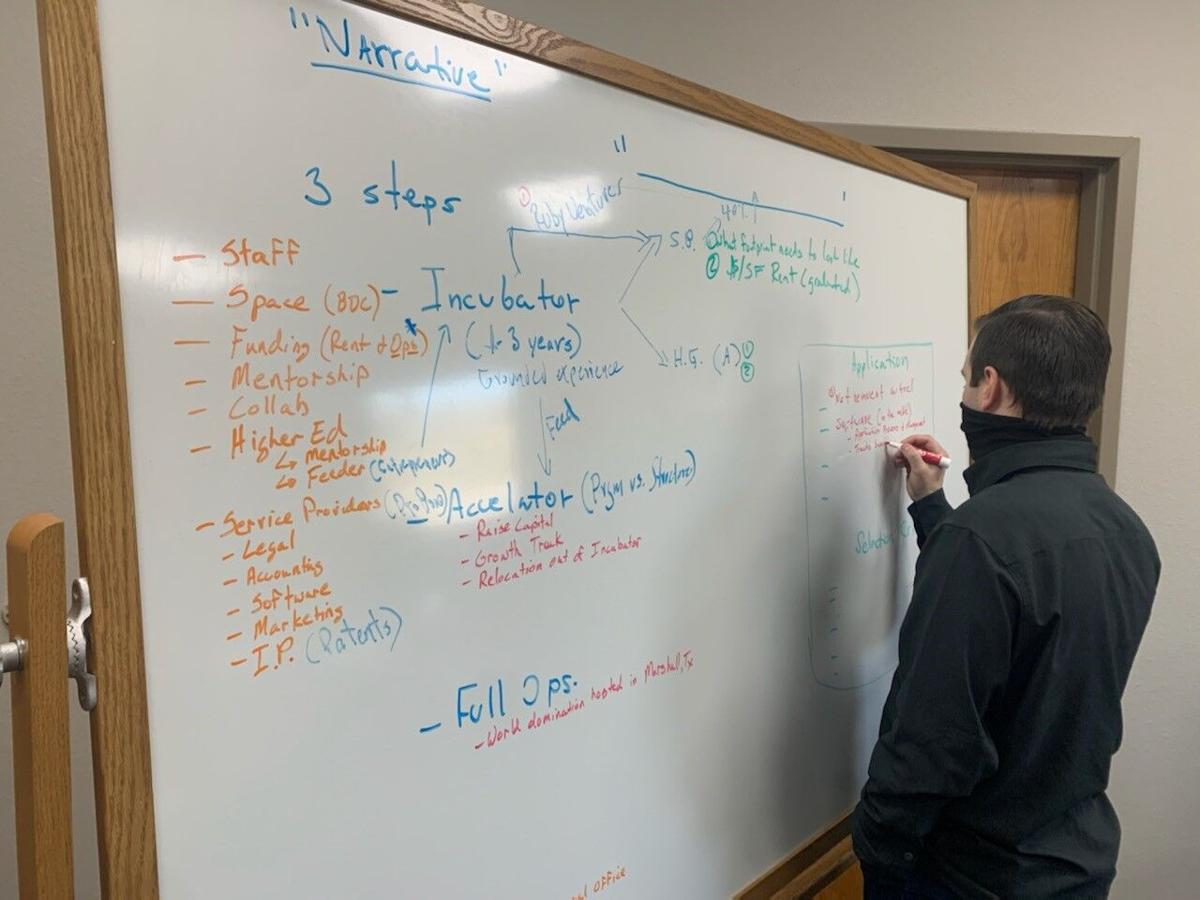 JC Kesster, member of the Cradle Entrepreneurship Board member, brainstorms on the program using a white board. 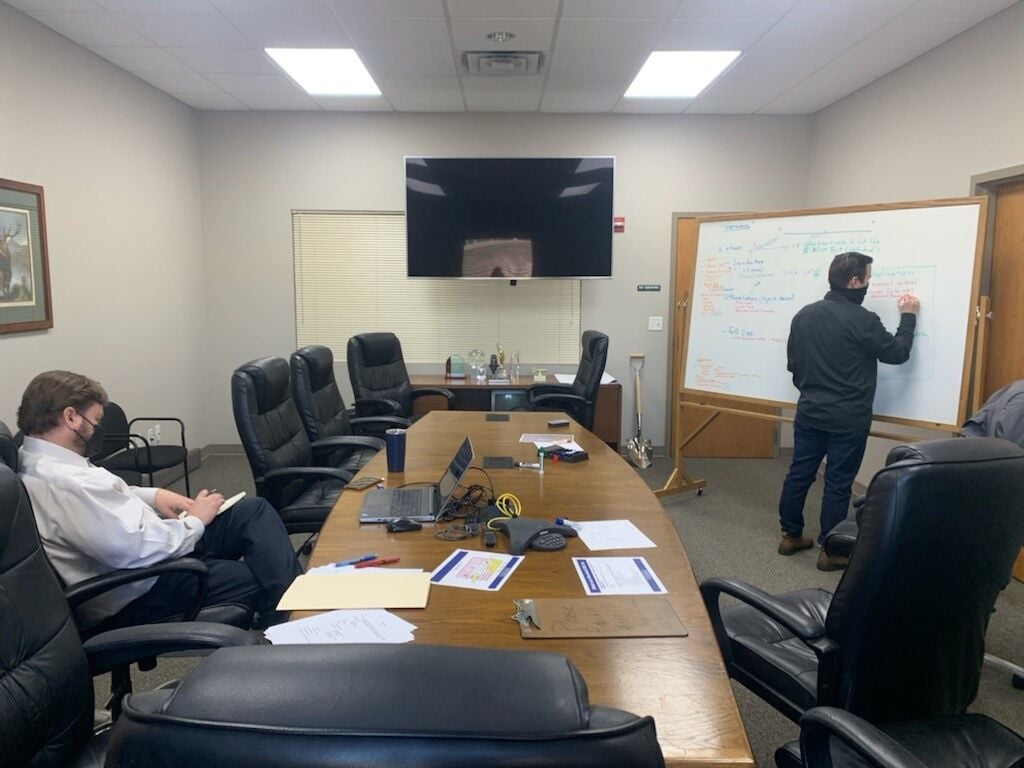 Members of the program board Rush Harris and JC Kester brainstorm on the project.

JC Kesster, member of the Cradle Entrepreneurship Board member, brainstorms on the program using a white board.

Members of the program board Rush Harris and JC Kester brainstorm on the project.

The city of Marshall is working to make itself a key location to entrepreneurs and start-ups with the creation of its new Cradle of Entrepreneurship Program.

The program was the idea of City Manager Mark Rohr, and developed by the city’s Community and Economic Director Fabio Angell, along with a board of local business experts.

The group developed a program with the goal of encouraging and growing start-ups locally by offering financial assistance, along with resources, mentorships and even classes to help grow the entrepreneur and their business.

Angell said that when he was hired by the city in December 2021, this project was one of the firsts that he was asked to dive into, since it was designated as one of the goals for the city’s Mobilize Marshall plan.

“This was one of the goals of the Mobilize Marshall plan” Rohr said. “We want to make Marshall the go to place for start-ups in our area.”

Angell said that he began developing the program by first looking at other cities that have created something similar.

He and the board found that with the majority of similar programs, there was an emphasis on either giving out large sums of money, or an emphasis on the selection process, but that both lacked an element of support and follow through with the entrepreneur that Angell and the board wanted to include.

This led to the creation of the new program, which is a completely unique idea that offers financial assistance, as well as mentorship, training and other resources to help continue to support the business as they grow in the area.

“We really wanted to focus on the start-up, and offer whatever they needed to help them be successful and to nurture them,” Angell said.

He said that the group was able to develop two “pipelines” of resources for those who become involved with the program. The first is a group of local service providers, professionals and other skilled members of the community who will be available to offer support services to the companies as they grow.

The second is a group of local universities and other educational institutions to help those who would benefit from the program to be brought to the attention of the board.

“This idea was to help us develop a full scope of resources and information to offer everything that someone may need to get a start-up going,” Angell said.

Additionally, the program is able to cater to those in both Type A industrial businesses, as well as Type B retail based businesses, with a full continuum of support available through the program.

Angell said that will allow the program to offer $10,000 in monetary support to new entrepreneurs, along with $40,000 worth of in-kind resources, including possible housing at the city’s Business Development Center.

Though the program has been approved by councilmembers, Angell said that there would still be time before all of the partnerships were able to be put in place, to start putting the pilot program into action.

Rohr estimated that the project would be able to start opening itself up to potential entrepreneurs by Summer 2021. Interested community members are able to reach out to Angell through the city of Marshall, or to Rush Harris with MEDCO for more information.