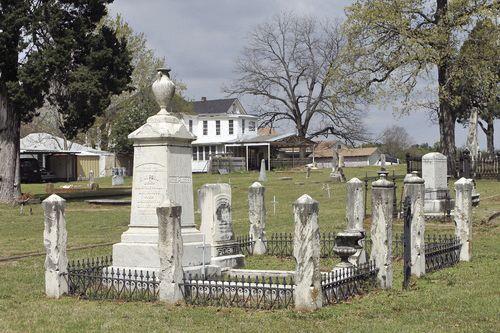 Marshall City Cemetery, pictured, is one of three cemeteries to be featured Saturday when Harrison County Historical Commission presents the second annual "Capturing the Spirit of Marshall Cemetery Tours." 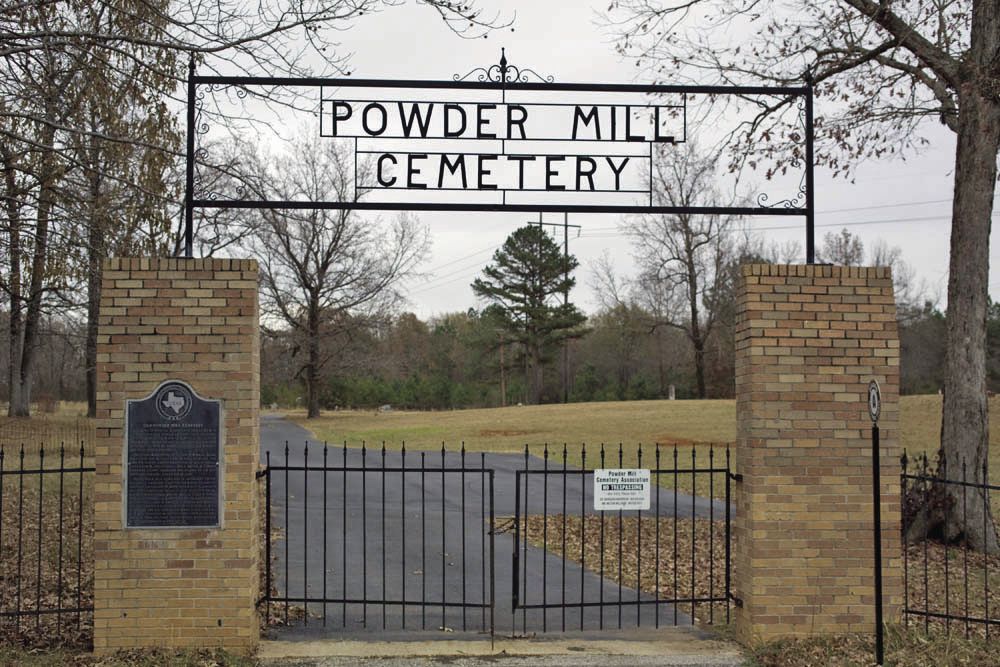 Marshall City Cemetery, pictured, is one of three cemeteries to be featured Saturday when Harrison County Historical Commission presents the second annual "Capturing the Spirit of Marshall Cemetery Tours."

Compelling stories - some sad, some happy and some eerie - will be told as Harrison County Historical Commission presents the second annual "Capturing the Spirit of Marshall Cemetery Tours" Saturday at three of the town's notable cemeteries.

"This is planned for (Texas) Archaeology Awareness Month," Bonnie Strauss, education coordinator for Michelson Museum of Art, said, noting the tours will be guided by members of the county's museum round table.

Michelson Museum of Art will present the tour of Wiley College cemetery from 2 to 3 p.m., Harrison County Historical Museum will serve as tour guides for Old Powder Mill Cemetery from 3:15 to 4:15 p.m. and Starr Family Home State Historic Site will take groups around Marshall City Cemetery from 4:30 to 5:30 p.m.

"This is the second year that we have done this and we're just hoping to have an event for families and especially for young people to learn to value their heritage and to preserve these places of rest and peace," Strauss said.

Organizers invite the public to come and hear a brief history of the cemeteries and the compelling life stories of Marshall's earliest residents, who played a role in shaping the community.

"Some are sad, some are happy and some are eerie, but all illustrate the powerful legacy left by those intrepid souls," organizers said.

Wiley Cemetery is located at the terminus of a dirt road in the 2800 block of Rosborough Springs Road. According to the HCHC, the cemetery was established in 1894 on a four-acre plot that was part of the Wiley College property. The land had been set aside as a burial ground for the black community.

It became an important part of local history as many of the leaders of Marshall's black community are buried there, the HCHC noted. Among those are H.B. Pemberton, J.R.E. Lee, Frederick William Gross, and David Abner, a former county treasurer and member of the 14th Texas Legislature.

Marshall City Cemetery, located on E. Grand Avenue (U.S. Highway 80) near the intersection of Grand Avenue and North Bolivar Street, is the final resting place for many early Texas leaders including Edward Clark, Governor of Texas and Walter P. Lane, Veteran of the Texas Revolution, the HCHC noted.

"An obelisk was erected in the cemetery to honor unknown soldiers who died in local hospitals during the Civil War," organizers indicated.

Tours at all cemeteries will last about 45 minutes and are free and open to the public.

"I get to guide guests through Marshall City Cemetery," said Barbara Judkins, member of the HCHC and site manager of Starr Family Home. "One of the people I introduce is Kitty Johnson Craig. She was a member of the Cumberland Presbyterian Church and became involved in the Women's Christian Temperance Union. You might describe her as a firebrand. She was certainly a survivor. She lost her first husband during the Civil War, she helped curb the yellow fever epidemic of 1873 and worked for the T&amp;P Railroad.

"She had many other achievements but I'm not telling you any more than that," Judkins said. "You'll have to come attend the tour to find out the rest of her story.

"At all of these (cemeteries) there has been a recent effort to get them cleaned and looking their best and hoping maybe that some young people would be motivated to help keep them that way, to preserve them and maybe give them a lifelong interest," Strauss said.

"We have tied the cemeteries to TAM because we know that there are dozens of old cemeteries lost in the piney woods of Harrison County, and no one wants to be forgotten," Speir said. "We did a tour last year, and are repeating our efforts this year."

According to the Texas Historical Commission, numerous organizations and institutions host public events to heighten awareness and appreciation of this heritage in communities across the state.

"If the history of human experience in Texas were a book, most of the pages would be blank," THC stated. "For all we know about human cultures, lives, and activities in Texas, many more stories of Texas' past remain unknown and await discovery."

According to THC, as an effort to celebrate "this spirit of discovery," the month-long observance is an opportunity for residents to understand the:

Those planning to attend Saturday's cemetery tours are encouraged to wear comfortable shoes and dress for the weather.