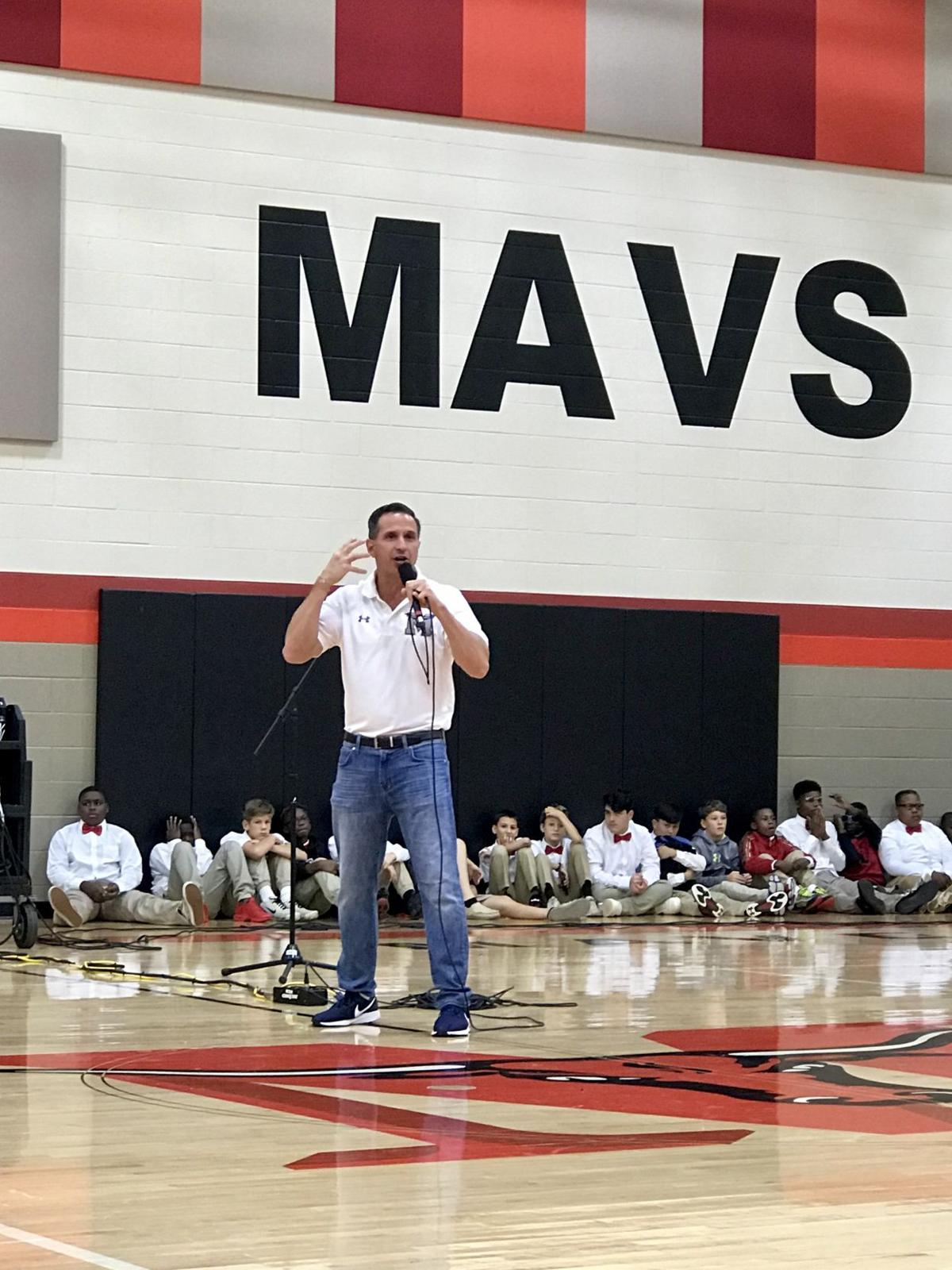 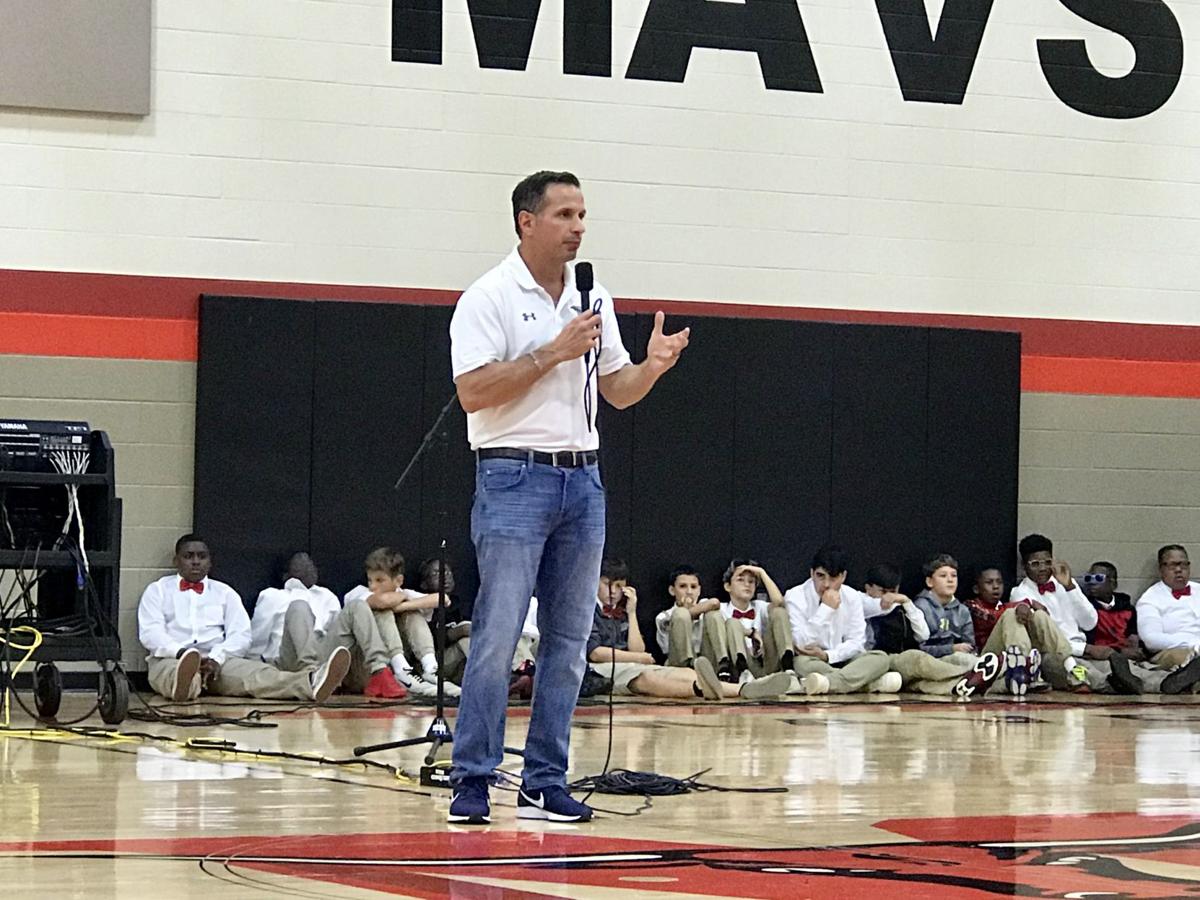 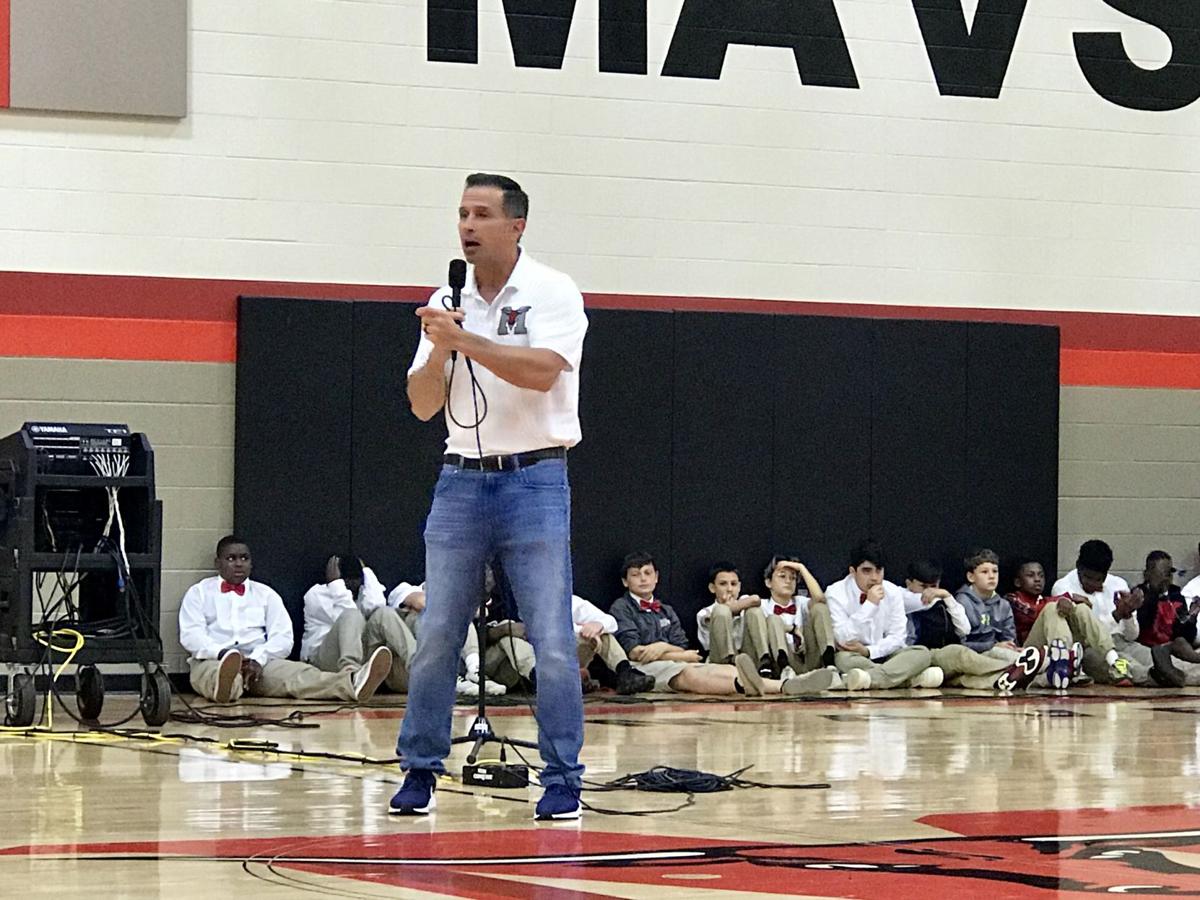 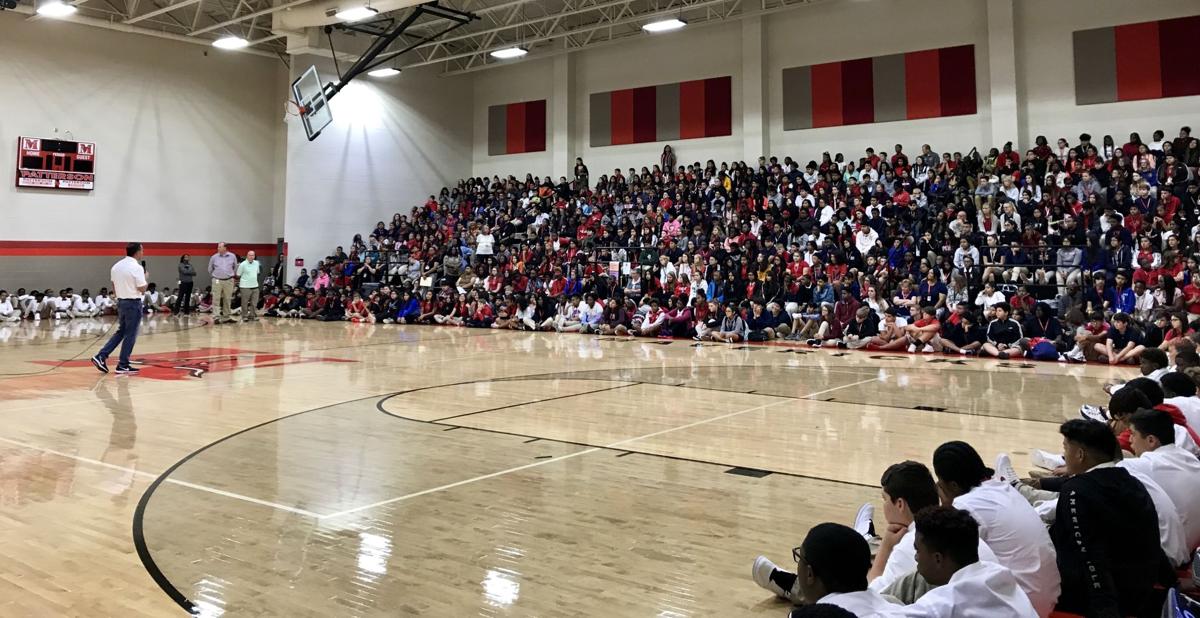 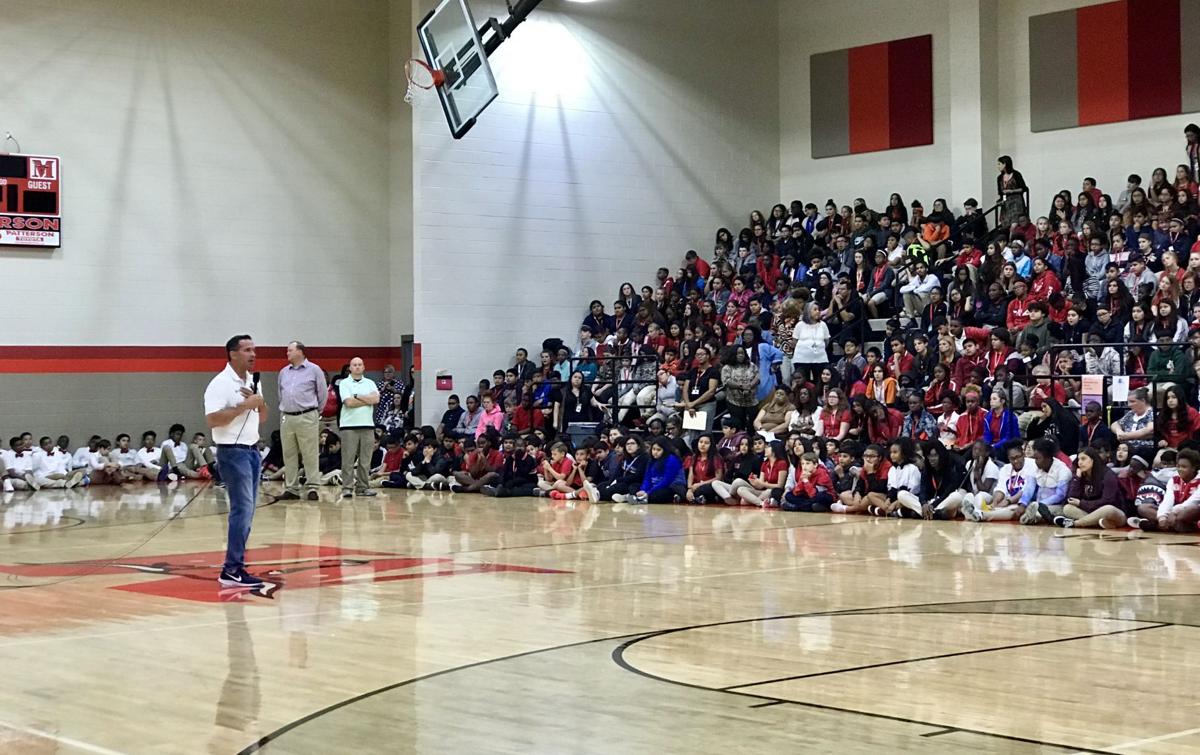 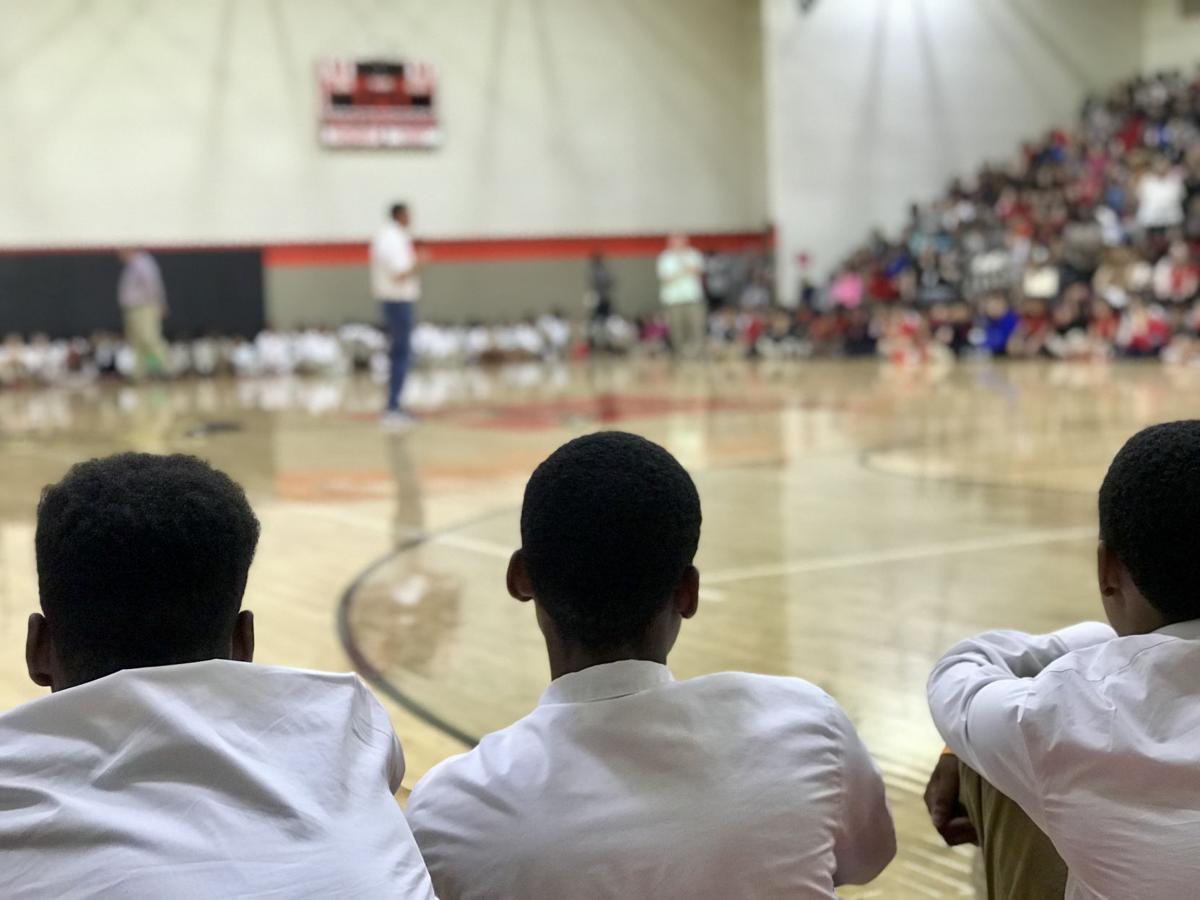 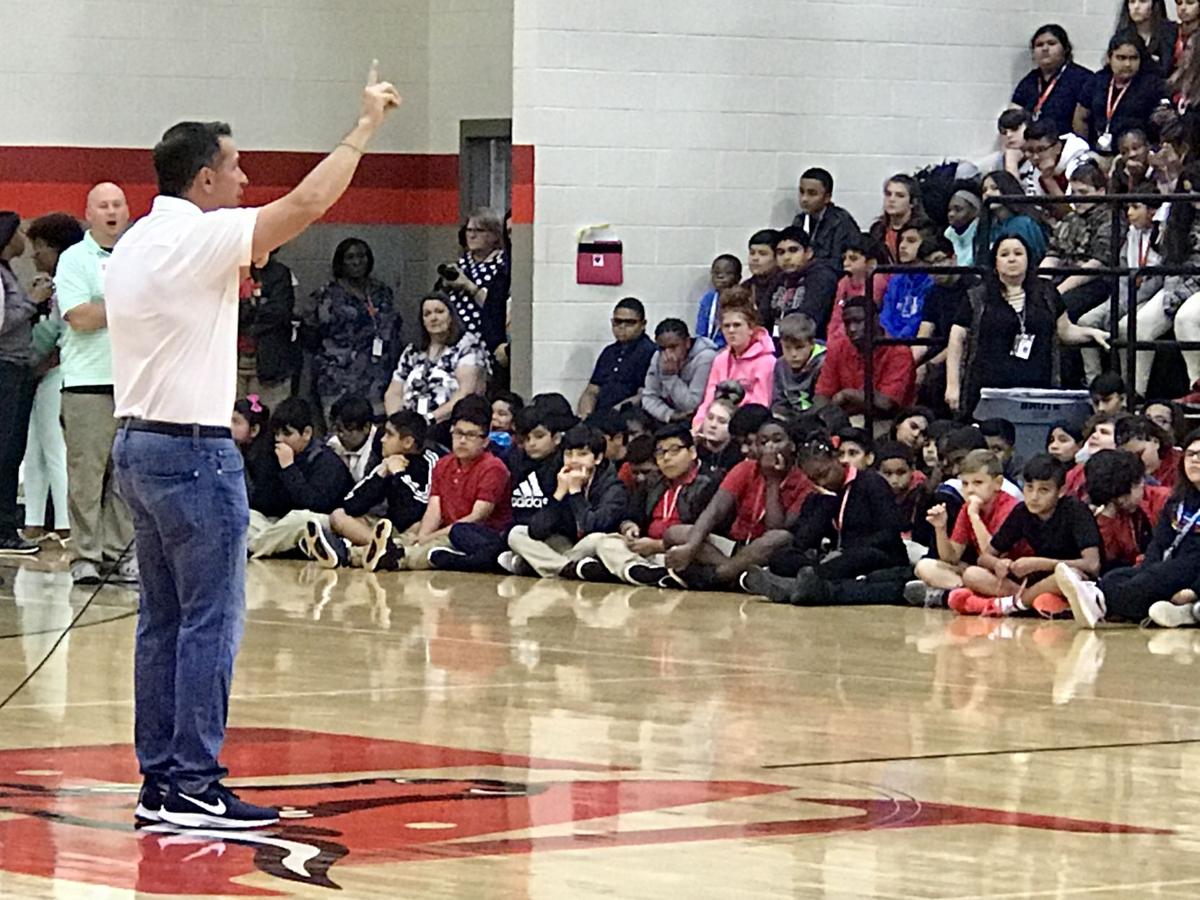 West held lectures at Marshall High School on Tuesday before traveling to Marshall Junior High School to speak to the seventh and eighth graders on campus.

West talked to the students about the importance of making good decisions and always being willing to give yourself a second chance in life.

“I began doing drugs at the age of 12,” West told the junior high school students. “I began smoking marijuana and one joint was all it took.”

West said despite his drug use, he earned a scholarship to the University of North Texas to play football.

“All of my life, all I ever wanted to do was play college football,” he said.

An injury brought a premature end to West’s college football career and led him to a depression. After graduation, he moved to the nation’s capital to work on a presidential candidate’s fundraiser, before eventually taking a job on Wall Street as a stockbroker.

It was during that last job that he used a drug for the first time that changed his life forever.

“I smoked meth one time and was hooked,” he said. “Methamphetamine is the most evil, the most addictive and the most destructive drug created by man. Before I knew it, I had lost my job, my home and my family — I lost everything. I was sleeping on park benches and living on the streets.”

West cautioned the students against not only meth use but all drug use.

“If you ever see that drug, run,” he said. “Next, I started robbing homes and cars to get more drugs.”

It wasn’t long before West found himself surrounded by police and heading behind bars.

After serving seven years of a 65 year sentence and being released on 58 years of supervised parole, West began the long battle to restore his life.

West told the students on Tuesday that he survived prison by becoming a coffee bean rather than a carrot or an egg that become soft or hard inside when thrown into hot water.

“A coffee bean changes the hot water completely and turns it into something else, coffee,” West said. “Be a coffee bean in life.”

West, who authored his book, “The Change Agent,” gave the students five rules on how to become a coffee bean in life, including smiling everyday.

“Smile at someone everywhere you go, everyday,” he said.”Every day, make sure you’re doing the right thing spiritually, emotionally and mentally. Help others everyday by serving other people. Control what you think, say, what you feel and what you do and learn from your past. Your past doesn’t define who you are.”

To learn more about West or his book, visit his website at www.damonwest.org.