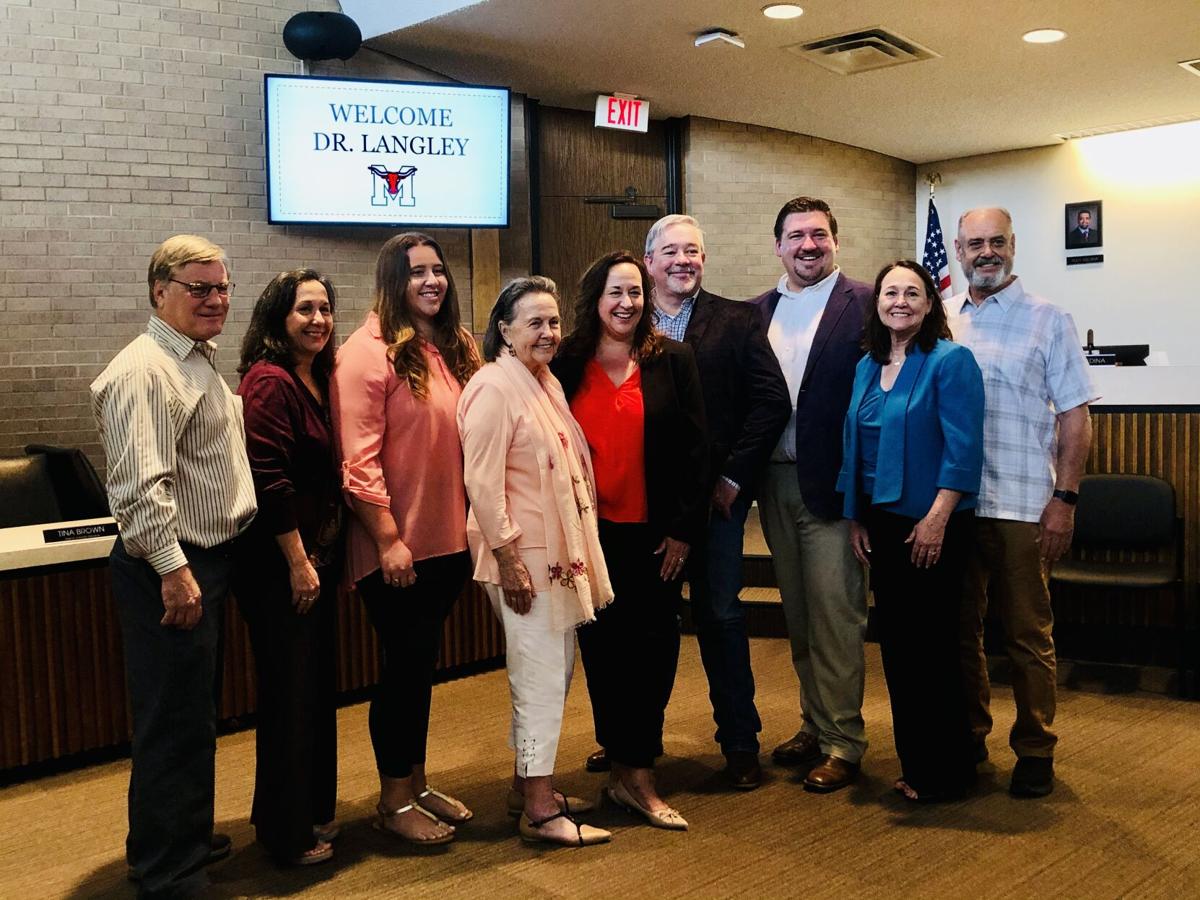 Newly hired Marshall ISD Superintendent Richele Langley, center in red, is seen pictured with her family members on Monday during a meet and greet meeting at the administration building. 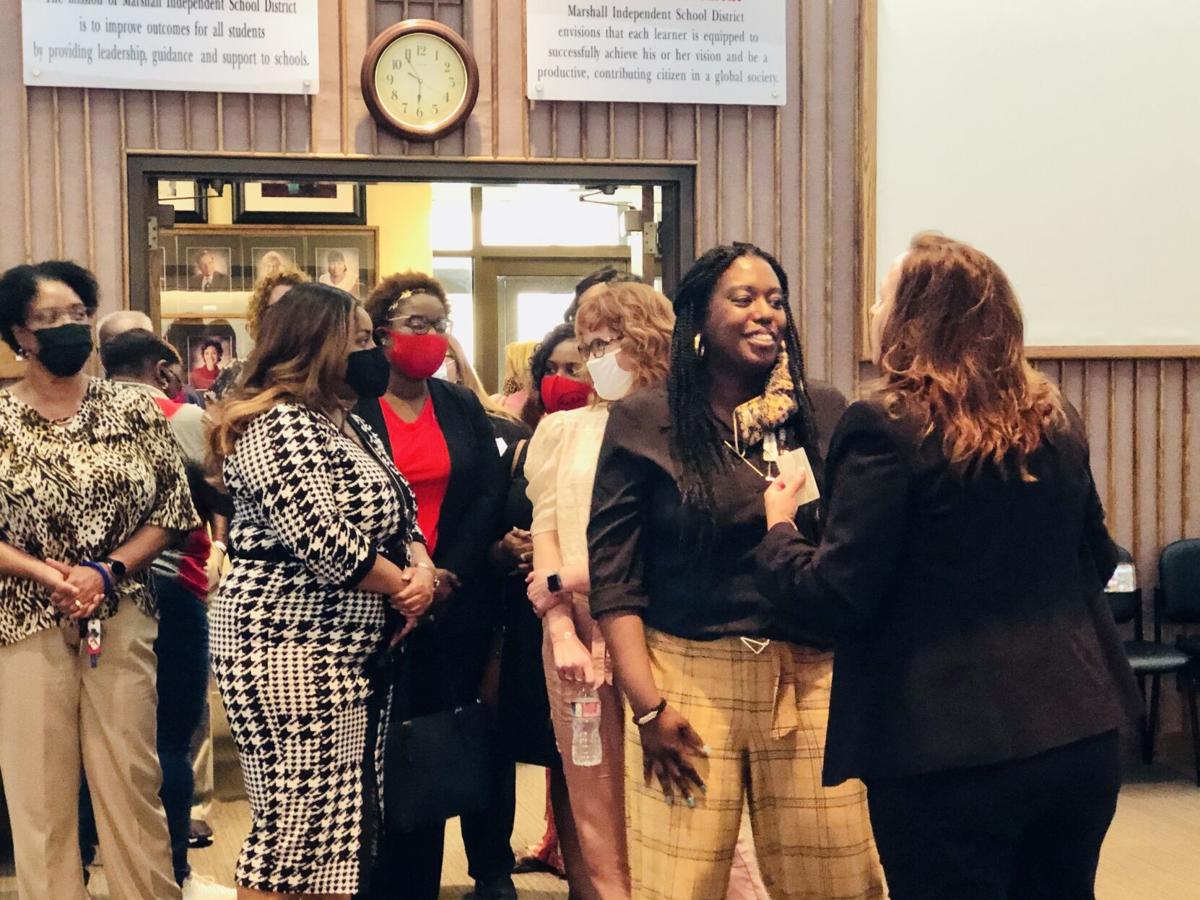 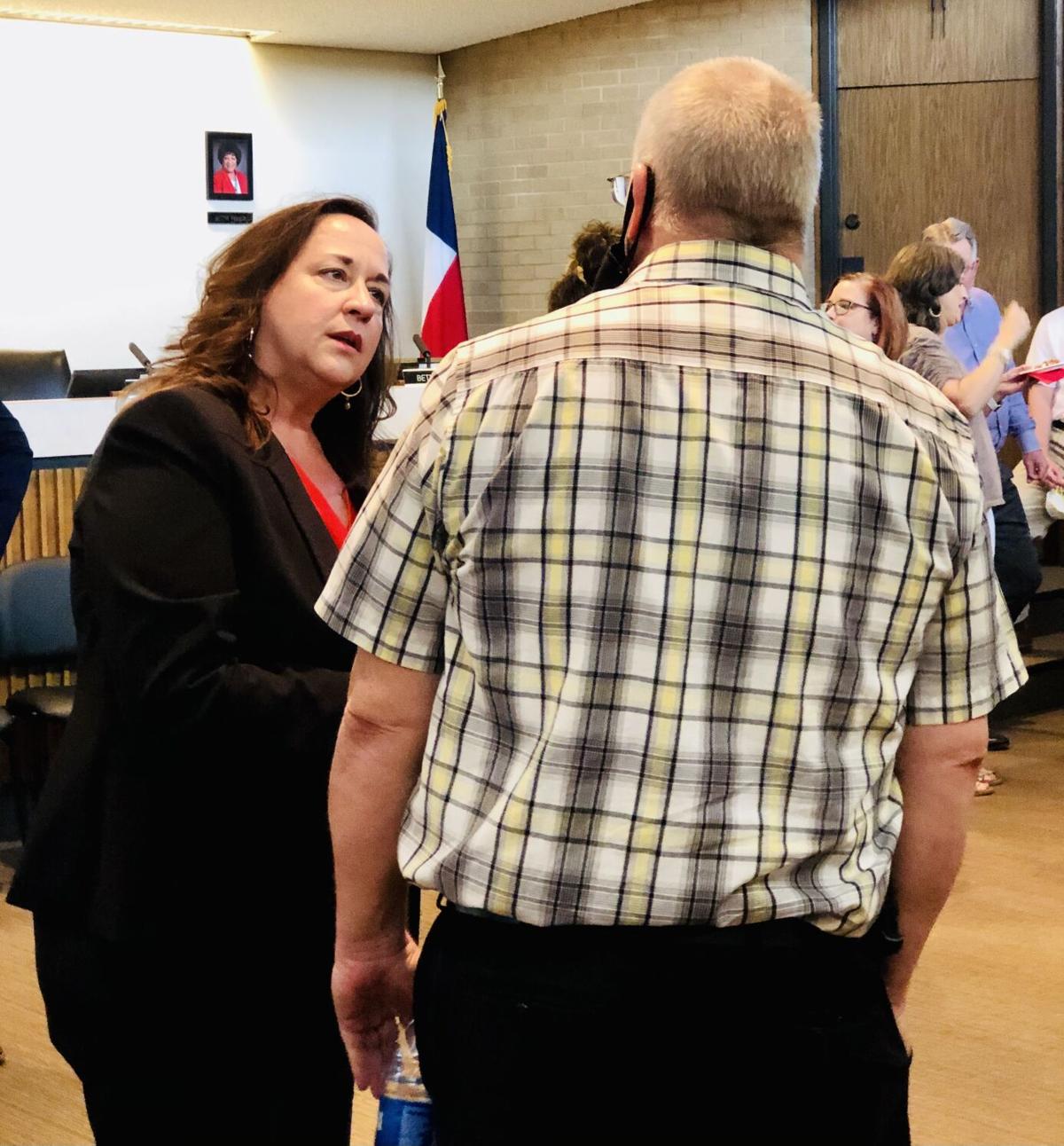 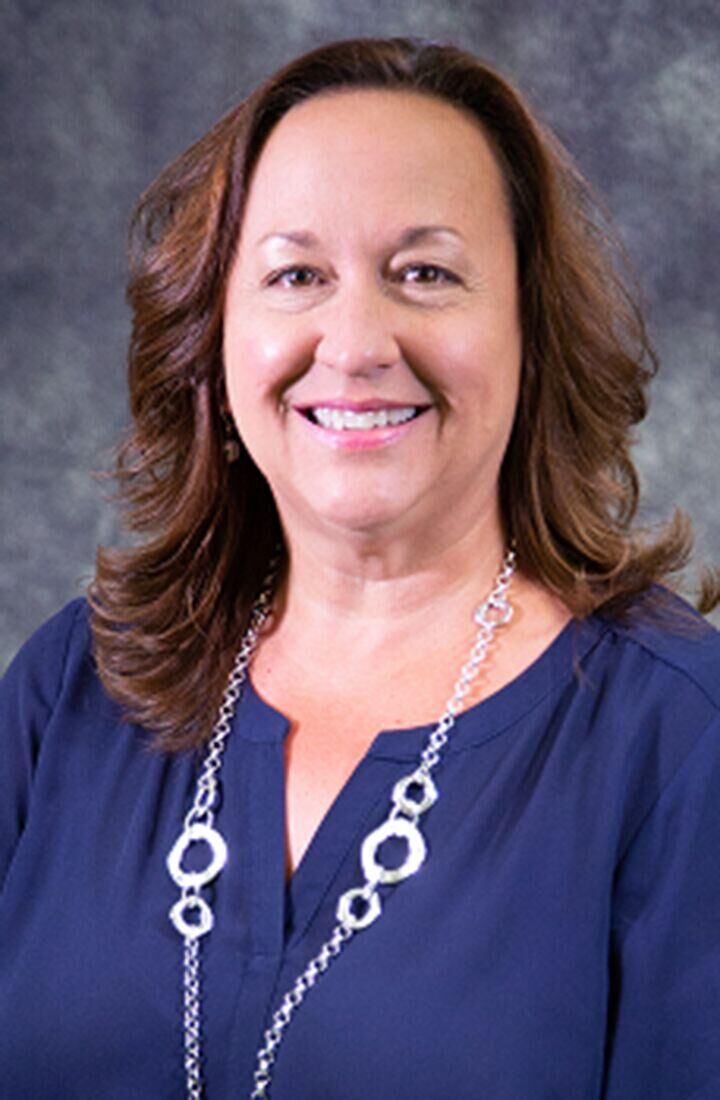 Newly hired Marshall ISD Superintendent Richele Langley, center in red, is seen pictured with her family members on Monday during a meet and greet meeting at the administration building.

Langley, who signed a three-year, $210,000 contract with Marshall ISD on Monday, was joined by her family members as she met and reconnected with a room full of Marshall ISD well wishers following the vote.

Langley is set to begin at her new post on May 3.

Langley said as a life-long Maverick, she is excited to begin.

Langley said she wants to make Marshall ISD the district of choice in East Texas.

“I want to work to make sure our students, when they graduate from Marshall High School, that they are the greatest citizens and scholars in the state of Texas,” she said.

Langley also previously served as an assistant principal at Pulaski County Special School District in Little Rock, Arkansas, before returning to Marshall ISD in 2002 to serve as a special education resource teacher in language arts and math. She later became the Marshall ISD special programs director in 2004 and 2005 before being named principal at Sam Houston Middle School in 2005.

Langley went on to serve as principal at Sam Houston Middle School from 2005 to 2012 before being named Marshall ISD’s executive director of curriculum, instruction and school improvement in 2012.

Since 2015, Langley has served as Region 8 Education Service Center’s curriculum, instruction, special education, federal and state programs, leadership and accountability, and technology departments as well as the development of professional development programs for 46 districts in Region 8.