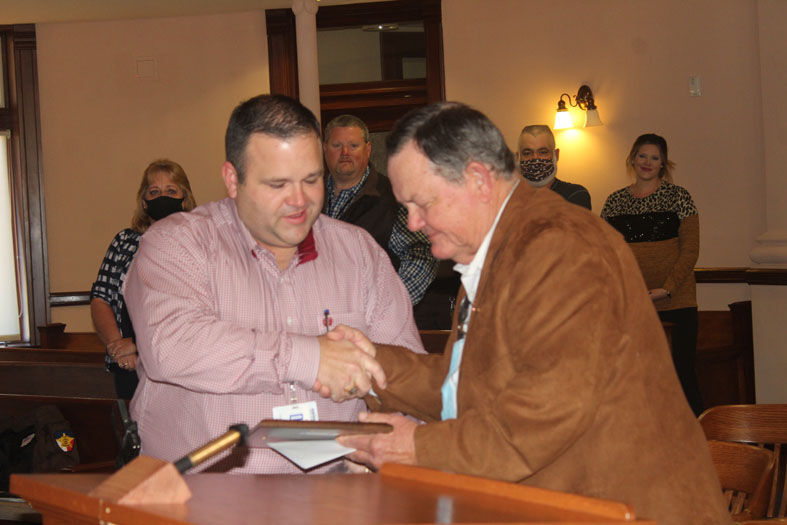 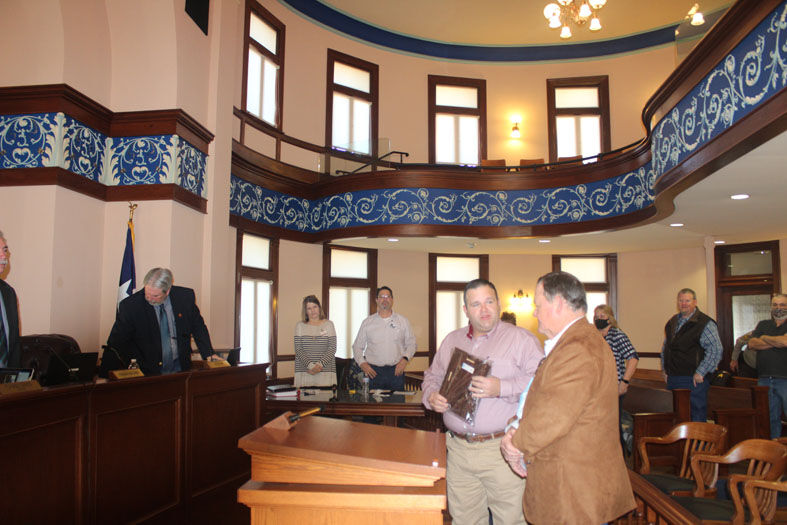 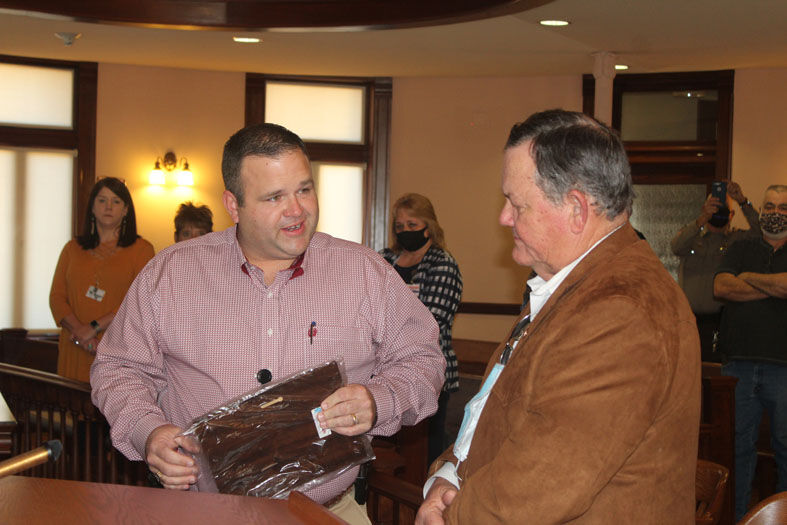 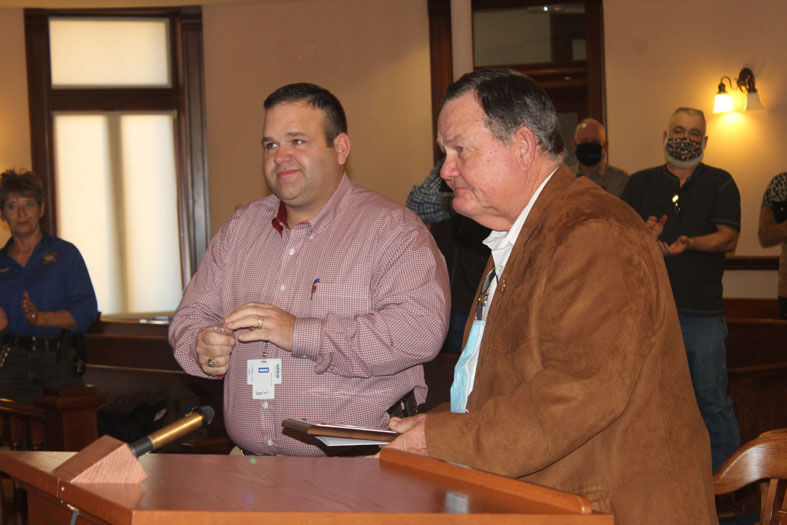 Pct. 1 Commissioner William Hatfield praised McCool for the advancements he’s made at the sheriff’s office on such a tight budget.

“I’ve worked with you for eight years and I have never seen anyone that is a better steward and done so much with so little for so long,” said Hatfield.

Hatfield reflected on a Jan. 2, 2014, call from the sheriff, concerning a faulty radio tower on Iron Ore Hill. That discussion ultimately resulted into communication upgrades including tower upgrades, new radio equipment, body cameras and an overhaul for dispatch.

“You have been very good and very easy to work with,” Hatfield told McCool. “You will be missed.”

Pct. 2 County Commissioner Zephaniah Timmins thanked McCool for his leadership during his 20 years as sheriff.

“I’ve been here for five years, and when I was asked what my agenda was in my second term, it was law enforcement — to make sure that our law enforcement had the means to do the job that they set out to do,” said Timmins.

“In my opinion, you have been a gracious person. The people love you,” Timmins told McCool. “Just like we appreciate you, the community appreciated you and the job that you have done.”

Pct. 3 Commissioner Phillip Mauldin shared he became familiar with McCool in 1983 when Mauldin was attending the Kilgore Police Academy, and McCool was one of the guest speakers.

“You made a good impression on me way back then; and then later on I started working with the county,” said Mauldin. “It’s been a pleasure to work with you as a constable and here as a commissioner.”

“Just looking at your past three years of service to Harrison County speaks volumes,” said Ebarb. “Having sat here for five or six years, working through budgets with you, it’s been a pleasure. You understand the positions that we were in as commissioners, trying to put a budget together and keep an affordable rate.

“Under your leadership, I feel like we’ve made some great strides for your department,” Ebarb added. “As a member of the commissioners court, I appreciate what you’ve done for the county and the citizens of Harrison County.”

“You’ve got a terrific team that you’ve assembled. You’ve trained them. You’ve enabled them to go out and do what they know to do,” said Sims. “They just do a terrific job.

“And it’s so easy for this court to continue to support you guys,” Sims added. “When we know we’ve got an organization that runs as well as yours does, there’s no reason for us to hold back on the reins. We know the job you do. It’s an excellent job. It’s our honor to support you guys. You set the tone for that organization. Harrison County is blessed.”

McCool said it’s been an honor to work with the county judge and commissioners court and all the previous courts over the years.

“It’s been a tremendous life experience. Commissioners courts that I have had the honor of working with have been so conscientious about good government, about providing good service to the people of Harrison County,” said McCool.