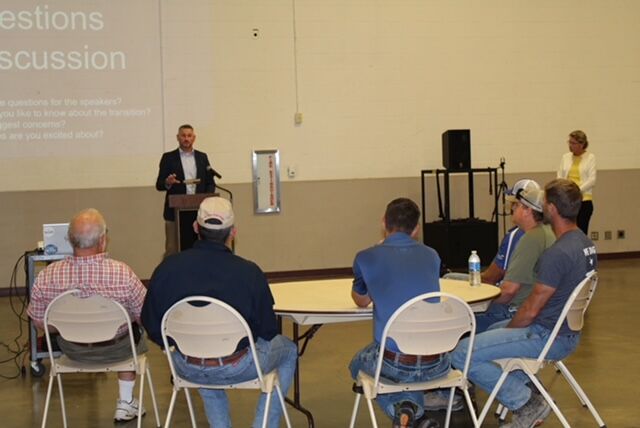 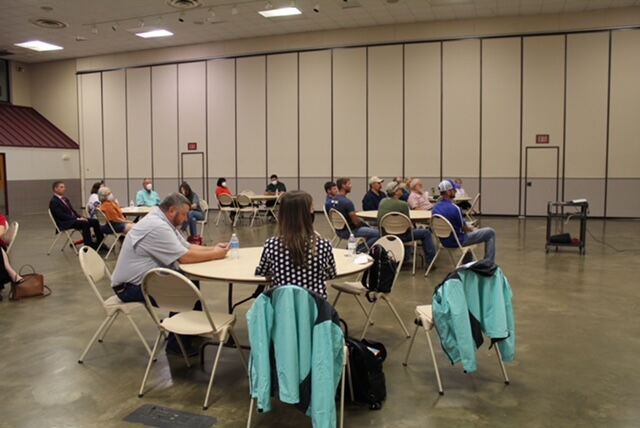 Community members gathered at the convention center on Tuesday. 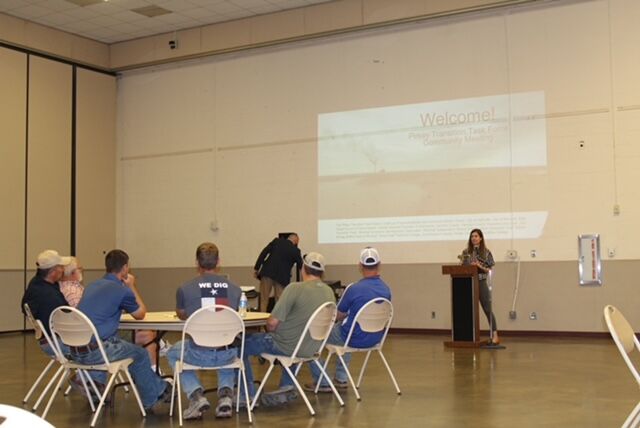 Community members gathered at the Marshall Convention Center on Tuesday for the public meeting. 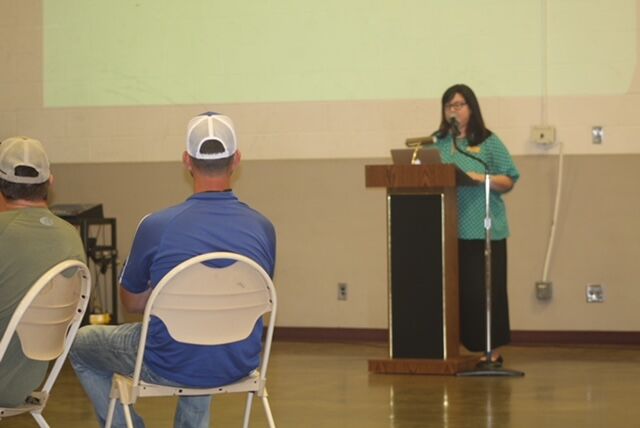 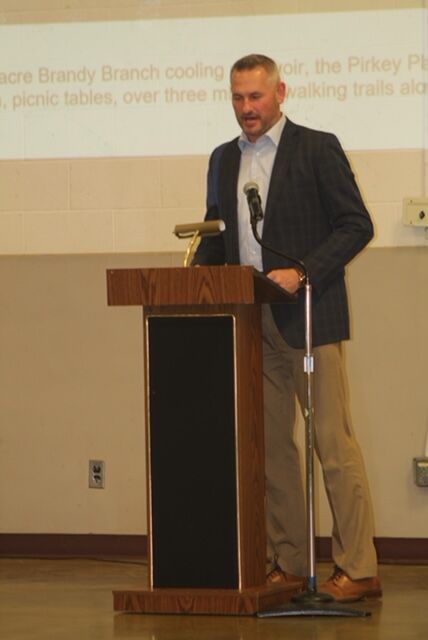 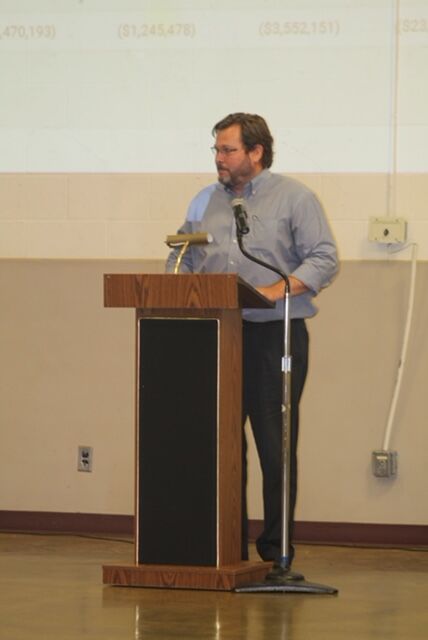 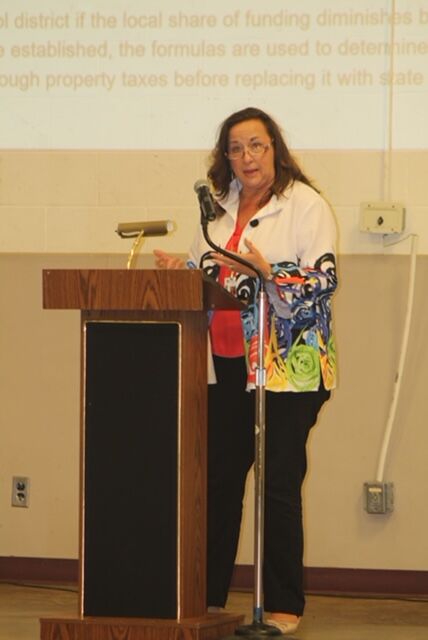 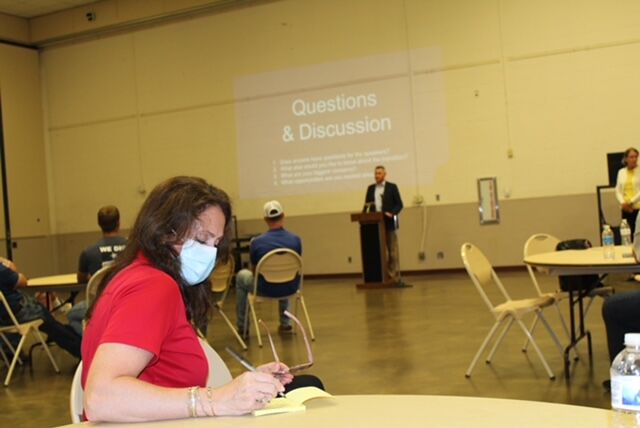 Community members gathered at the convention center on Tuesday.

Community members gathered at the Marshall Convention Center on Tuesday for the public meeting.

Community members gathered with city and county officials at the Marshall Convention Center on Tuesday for a public meeting with a philanthropic group charged with assisting the community with the closure of the Pirkey Power Plant and the Sabine Mining Company.

Just Transition Fund, a non-political organization that helps communities affected by the closure of coal resources, hosted two public meetings at the convention center on Tuesday to address community concerns and answer questions about the closures.

Community members heard from Just Transition Fund representatives during the meeting, who explained that their role in the process was to assist in the creation of an action plan, to directly address communities' concerns and answer questions throughout the process.

The group also hosted a similar event in Hallsville earlier in the week, and posted an online survey community members can fill out at https://docs.google.com/forms/d/e/1FAIpQLSdU0w6_pWCkCU44Z77ljeWDkA54nGwNGC4RRvCGVOU164nXUQ/viewform, to provide multiple avenues for community input.

Robinson addressed the decision to close the plant with community members gathered, explaining that the decision was announced in November 2020, with a full closure set for the plants third quarter in 2023.

“This (employee) number is the most important number to me, because that’s about our people,” Robinson said.

Harris and Langley also discussed the expected economic impact to the Marshall and Hallsville communities due to the plant closure, which includes loss in tax funds.

Langley explained that one concern was the loss in $2 million in tax revenue to the Marshall Independent School District that is expected once the plant is closed, which would take the loss of 40 teachers at the average salary of $50,000 to cover.

“That is an example, of course, because we can’t afford to lose our teachers, we still have our students,” Langley said, “But it does show the economic impact.”

After presentations were completed, community members were given the opportunity to raise some of their questions with city and SWEPCO officials.

Community members asked whether the plant closure was a done deal, and whether the energy produced by the plant would be replaced with green energy options such as solar and wind power.

Robinson said that the closure of the plant was a multifaceted issue that was financial in nature. He explained that retrofitting the Pirkey Power Plant, among others owned by the company, with the carbon capture technology needed to reduce the plants carbon emission was too high.

The decision, Robinson explained, was part of AEP/SWEPCO’s plan to reduce its carbon output by 80 percent by 2030 and reach net zero by 2050, which was announced by the company in February 2021.

Community members also raised concerns over the cost of green energy versus coal, which Robinson explained studies have found that green energy options are cheaper than coal.

“Simply, the company would not be making this economic decision if it wasn’t the cheaper option,” he said.

Just Transition Fund representatives rounded out the meeting by explaining that their were focusing on three main areas to address issues that arise from the closure of the plant in the Marshall and Hallsville communities.

They addressed three items for action, which the groups task force will focus on while creating the strategic plan. This included the workforce, what to do with the property and economic development.

Regarding workforce, the group said that the goal was to offer work force training and provide employment for the trained work force locally. The group also outlined plans to analyze what is available on the Pirkey Plant property, and look into attracting potential new businesses or repurposing the location.

Regarding economic development, the group said that the plan was to aggressively pursue an industrial replacement locally for the plant, as well as look for funding assistance for the short term issues and invest in work force training.

Community members can keep up with the organization in the efforts to transition to the closure of the businesses in the community on their Facebook page at www.facebook.com/JustTransitionFund, where they also have posted videos to the three public meetings.