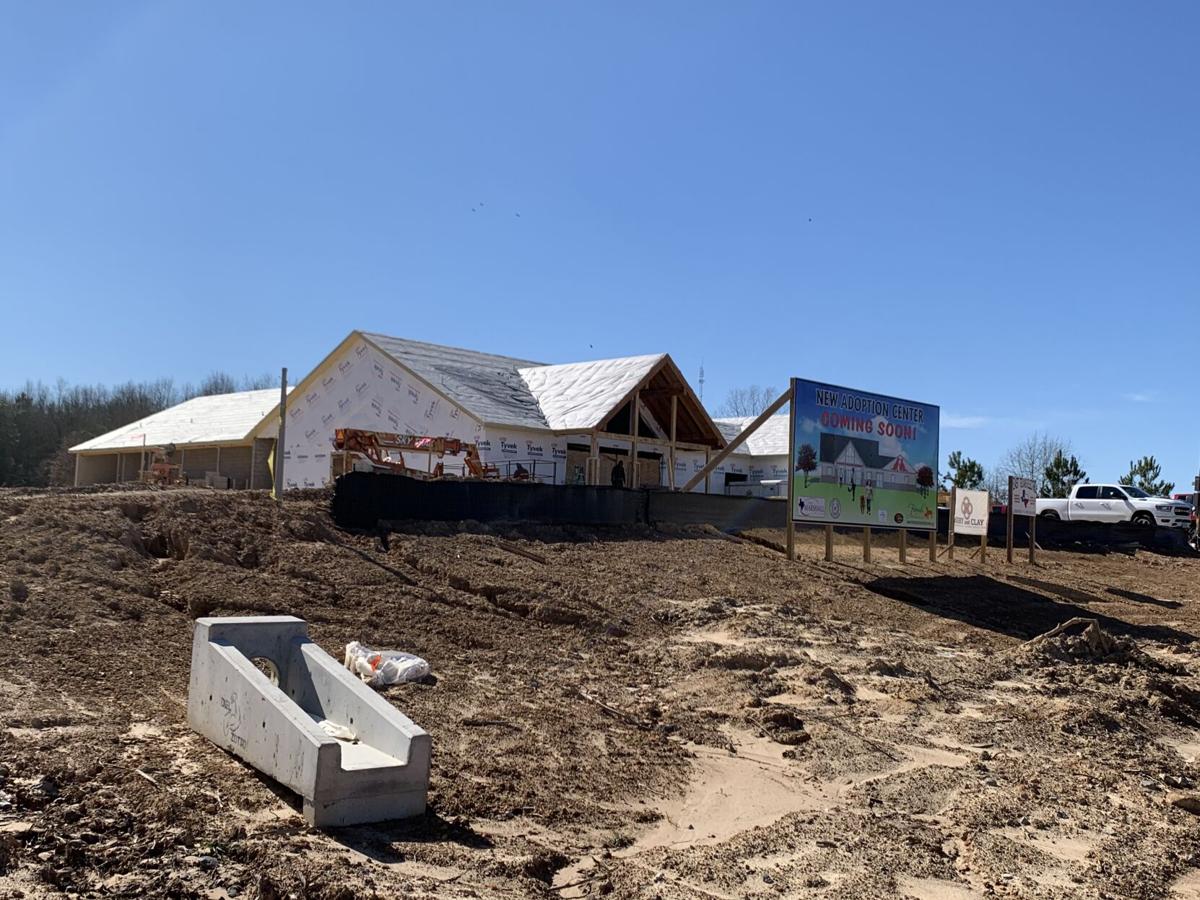 Construction is ongoing at the planned new Animal Adoption Center in Marshall. 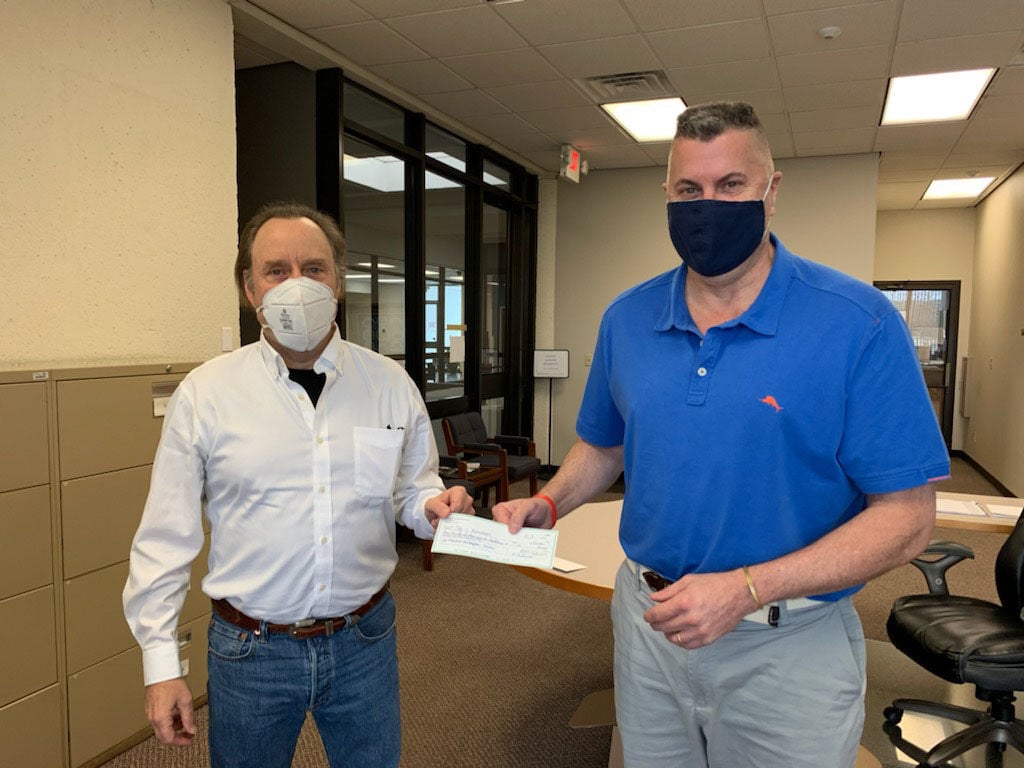 Ed Smith, Friends of Marshall Animals President, presents a $100,000 check to Marshall City Manager Mark Rohr for the new Marshall Pet Adoption Center. FOMA has pledged to raise $450,000 through donations for the facility. 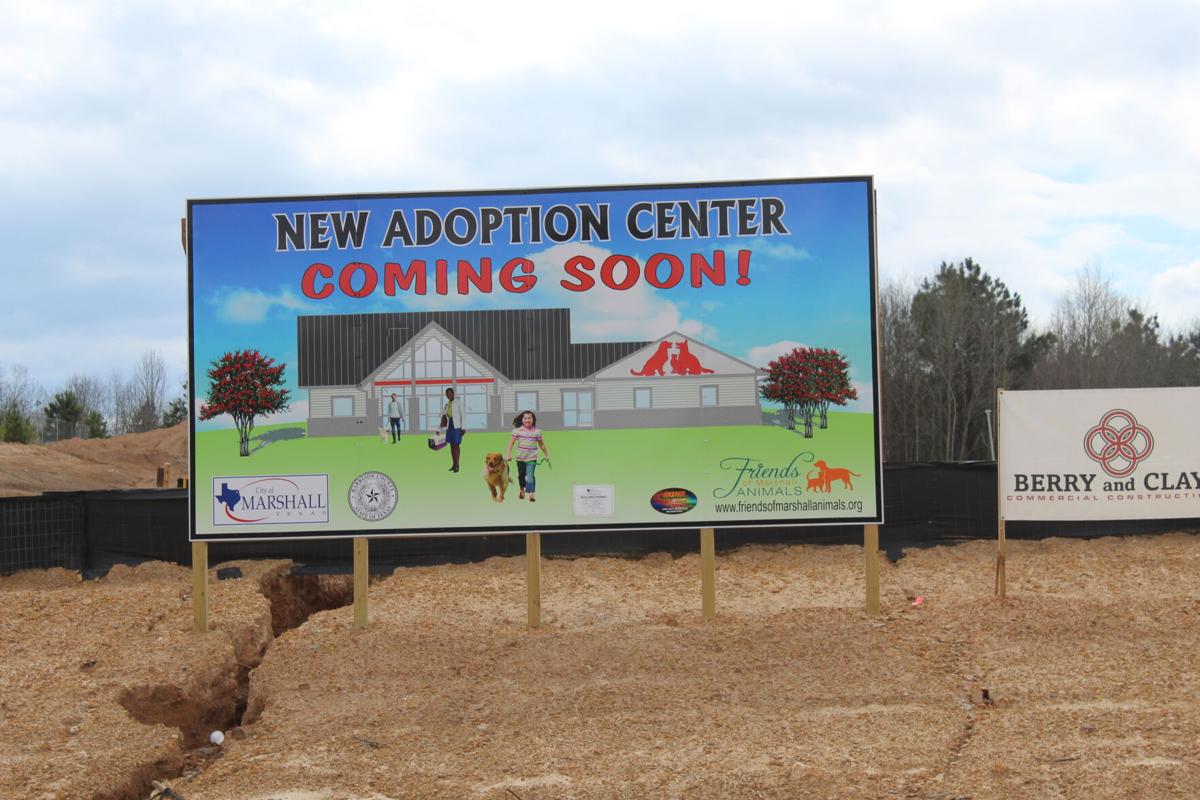 A sign welcoming community members to the new site of the city of Marshalls Animal Adoption Center. 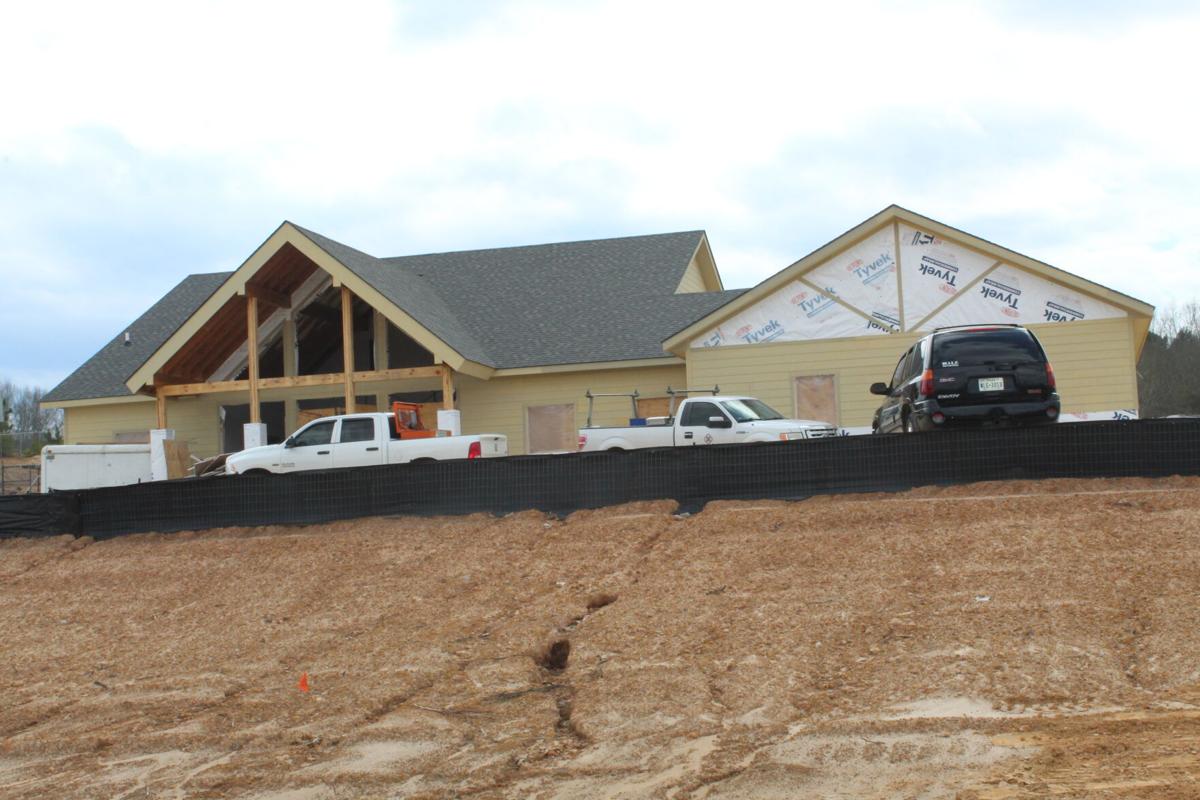 Construction is ongoing at the site of Marshall's new Animal Adoption Center. 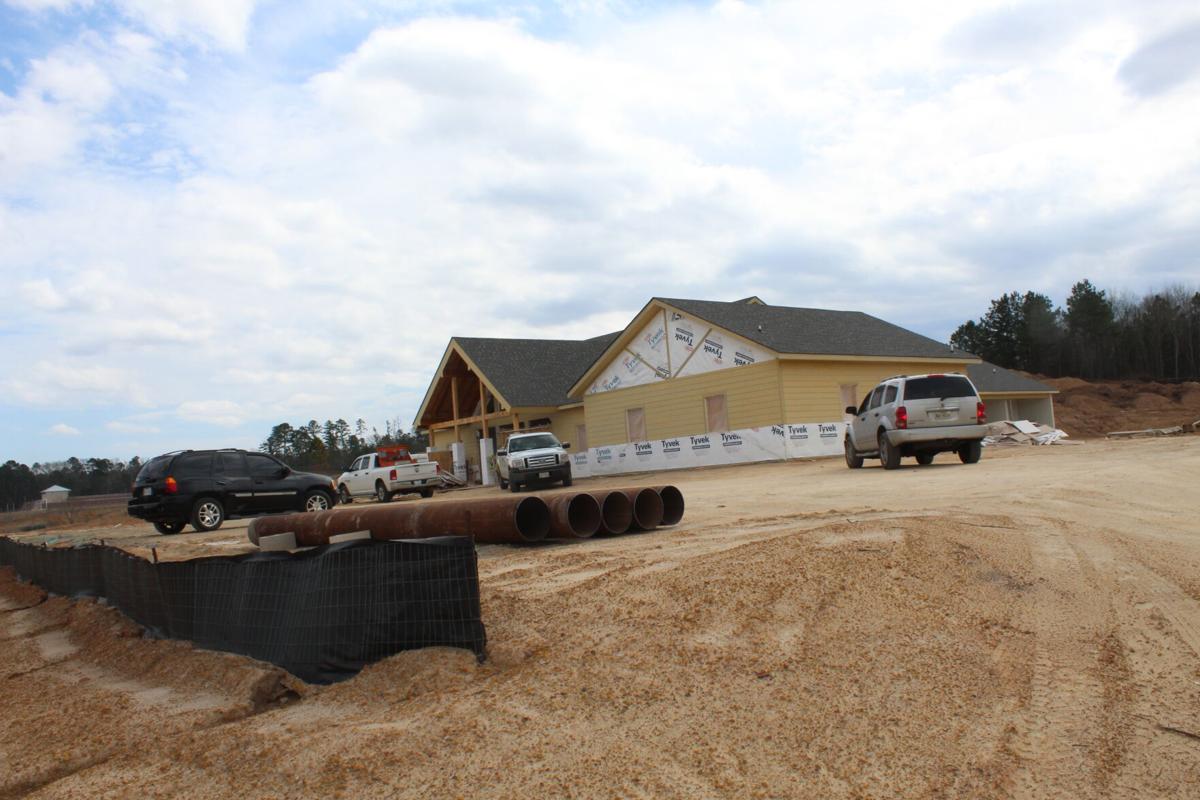 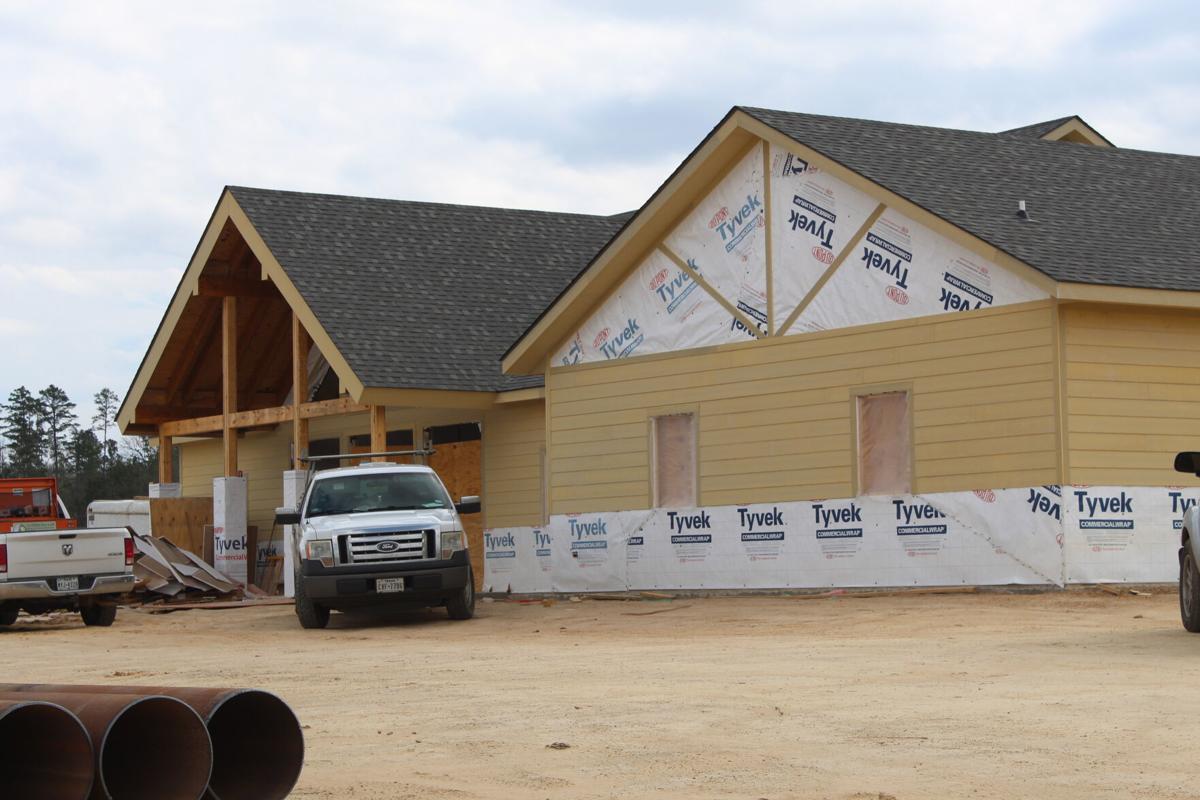 Construction is ongoing at the planned new Animal Adoption Center in Marshall.

Ed Smith, Friends of Marshall Animals President, presents a $100,000 check to Marshall City Manager Mark Rohr for the new Marshall Pet Adoption Center. FOMA has pledged to raise $450,000 through donations for the facility.

A sign welcoming community members to the new site of the city of Marshalls Animal Adoption Center.

Construction is ongoing at the site of Marshall's new Animal Adoption Center.

The city of Marshall has been working on the new site for the planned Animal Adoption Center since October 2020, with strong progress being made with minimal delays to the ongoing construction.

City Manager Mark Rohr said that even with the unforeseen winter storm delaying construction for a week, the project is still set to be finished around the end of May.

“I am very pleased with how the project has progressed to date,” Rohr said. “I would say before the delay this week with the weather, they were likely ahead of schedule.”

He said that to keep up with the progress, the contractor meets monthly with Rohr, city staff members and the consultant to monitor the ongoing progress.

“We usually end up meeting for just about thirty minutes, because there haven’t been any issues to date to discuss,” Rohr said.

This is not the first time that the city of Marshall has been working towards the construction of a new animal shelter, with multiple attempts over the last few decades not panning out.

Rohr said that he believes it is a combination of the use of a design build method for the construction, and the public – private partnerships organized for project funding that has made this attempt successful.

“With the design build method, we have been able to avoid multiple change orders like what we saw with Memorial City Hall,” Rohr said. “I hope we can use this as a template for future projects.”

The city has committed $900,000 to the building costs for the projects, with other entities such as the Marshall Independent School District and Harrison County also stepping in to help with costs.

Additionally, the Friends of Marshall Animals has partnered with the city to raise money for the project through private donations, with a commitment of $450,000 made by the group for building costs.

President of FOMA Ed Smith said that the group has a goal of raising $600,000, which includes building costs, as well as updates to the facilities inside the shelter.

The additional $150,000 will be used to equip the new facility with the high end equipment, including a surgical facility, adding stainless steel kennels, space for volunteers and more.

Smith said that with the current shelter, the kill rate has been as high as 80 percent, with FOMA’s goal to make the new shelter have a kill rate as 10 percent or lower.

With the COVID-19 pandemic putting the nonprofits in person funding events on hold, Smith said that the group has been focusing on word of mouth, as well as other distanced ways of campaigning.

Along with a letter writing campaign put on by the group earlier this year, Smith said that FOMA is focusing on working with businesses and other local corporate entities to get support for the ongoing project.

“Because we are a registered 501c3 all of the donations made to us, and for the shelter are tax deductible,” Smith said, “We have had a lot of success in the past with local business leaders supporting the work we do here.”

To date, Rohr said that the project has only had one change order, which was to upgrade the indoor kennel cages to stainless steel, the cost of which FOMA has promised to cover.

“I feel very optimistic about this project, and the direction we are going in Marshall,” Rohr said. “It is not only about the building though, we are also focusing on animal care in the area.”

To expand on what the new facilities will be able to offer, Rohr said that officials plan to put a number of recommendations in front of the City Council for animal care policy and procedures within the city.

“We wanted to have these on the books as well because the issue of animal care is not just brick and mortar,” Rohr said.