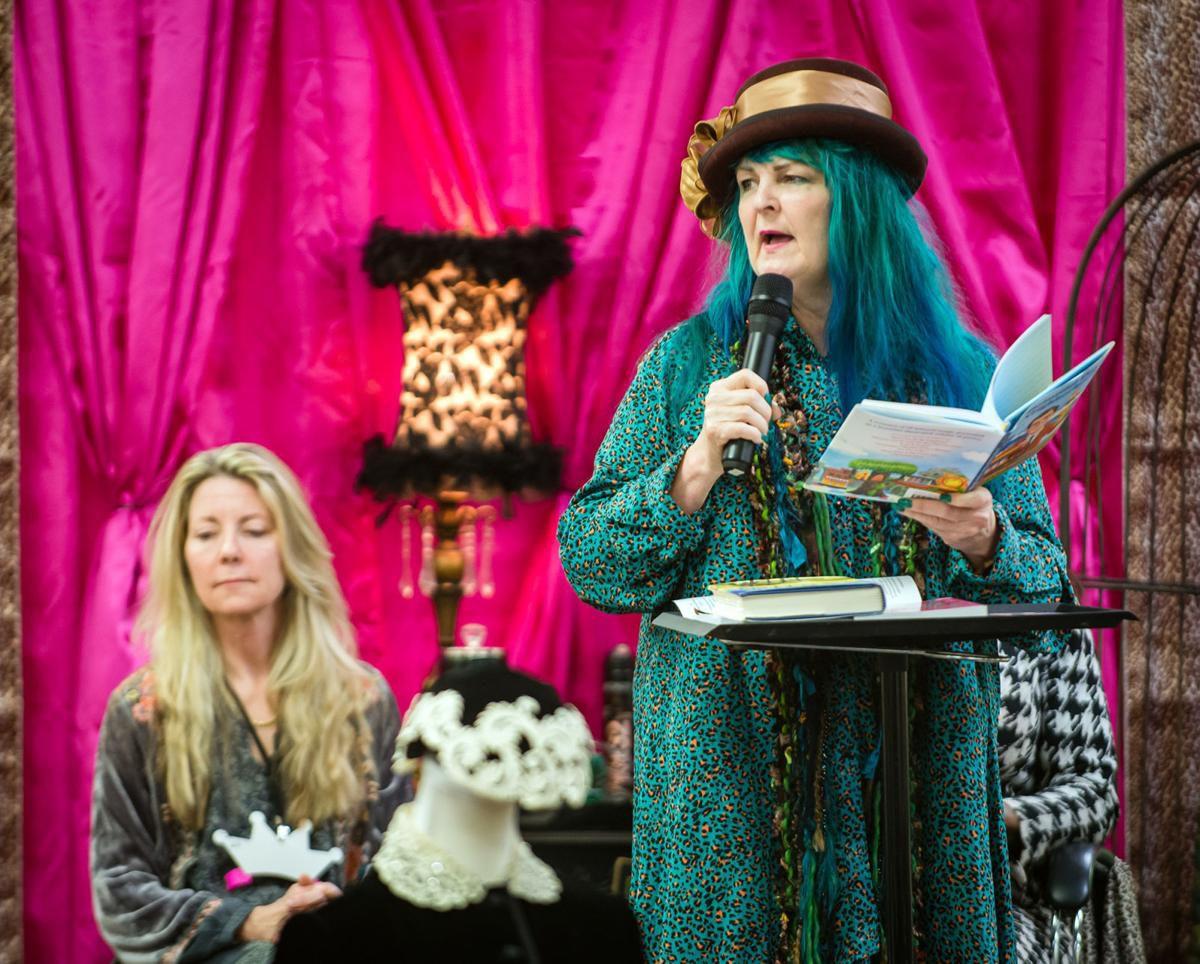 Pulpwood Queens Book Club and Girlfriend Weekend Founder Kathy L. Murphy announced during her 20th anniversary event on Saturday in Jefferson that she will be taking a reduced role in the future and her relative, Brooklynn LaFleur will be stepping in. 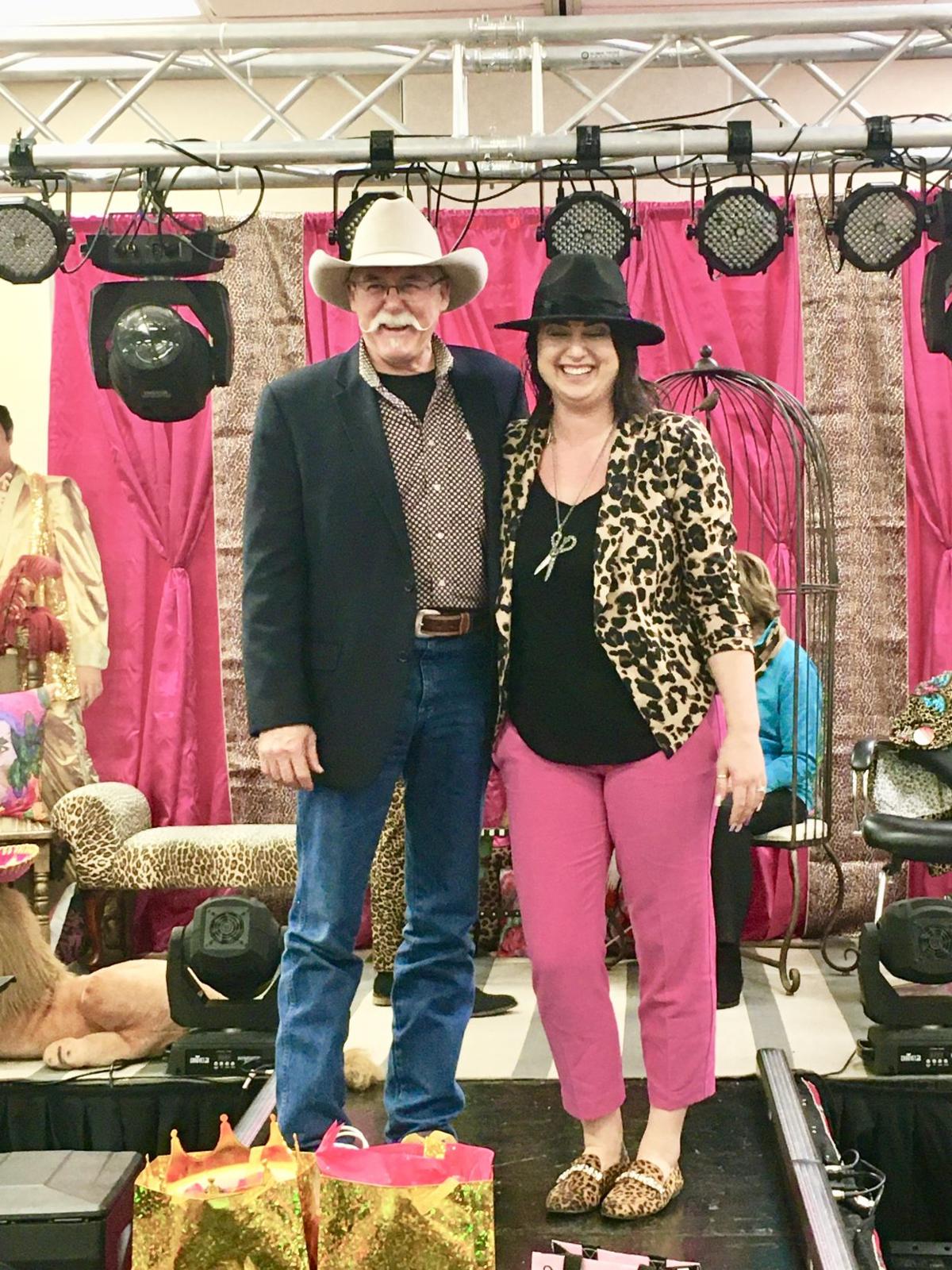 Pulpwood Queens Book Club and Girlfriend Weekend Founder Kathy L. Murphy announced during her 20th anniversary event on Saturday in Jefferson that she will be taking a reduced role in the future and her relative, Brooklynn LaFleur will be stepping in.

Founder Kathy L. Murphy announced Saturday, during the wrap up day of her 20th anniversary of her Pulpwood Girlfriend Weekend in Jefferson, that she would be passing the mantle to her relative and Jefferson resident Brooklynn LaFleur.

Murphy, who sold her beauty salon/bookstore to LaFleur years ago when she left Jefferson, is taking a step back in the organization and LaFleur will now handle the Girlfriend Weekend event each January, as well as the new online Pulpwood Queens Book Club which is launching this year.

LaFleur said Tuesday she is thrilled to don her tiara and step in to the organization.

LaFleur said when she went off to college to major in English, she quickly realized she wasn’t following the pathway to her dream job.

“I enrolled in cosmetology school, moved back to Jefferson and then went to work for Aunt Kathy at her salon,” LaFleur said.

When Murphy left Jefferson following a divorce, she sold her “Beauty and the Book” beauty salon/bookstore to LaFleur who changed the name to “Salon Rouge Spa.”

“I’m planning to write a book soon and I’ve always dreamed of immersing myself in the Pulpwood Queens,” LaFleur said. “Aunt Kathy will still be doing appearances and still be the ‘queen.’ She will still be doing the book selections but Paul Roberson, our webmaster, and I will be stepping up and taking about 75 percent of the load off of her shoulders.”

Murphy started the Pulpwood Queens book club in 2000 and in the past 20 years, the organization has grown to the largest book club in the world with almost 800 chapters worldwide.

From Oprah to Diane Sawyer and now a movie deal with Dreamworks and possible show deal with Netflix, Murphy has been busy the past 20 years.

Murphy wrote and published a book about her club in 2008 titled, “The Pulpwood Queen’s Tiara-Wearing, Book-Sharing Guide to Life.” The book follows the events and philosophies of the club’s colorful and fun members and authors.

Murphy announced her second book, titled, “The Pulpwood Queens Celebrate 20 years!” during this year’s Girlfriend Weekend event in Jefferson and she said she is excited for the organization’s next 20 years.

“It has been a glorious weekend,” Murphy said on Friday. “It’s going to be pretty exciting going into the next 20 years of the Pulpwood Queens and I’m so excited to see what happens.”

LaFleur said the online version of the Pulpwood Queens will be one of her projects to focus on this year.

“It’s perfect for those that can’t make it to a chapter meeting or can’t make it to Girlfriend Weekend,” she said. “We will also be starting a podcast and do Facebook live videos to bring authors closer to their readers.”

LaFleur said the Pulpwood Queens’ website will also be getting an overhaul and will be more user friendly and easier to navigate.

“I just want to take Aunt Kathy’s legacy and what she started with the Pulpwood Queens and continue to grow it,” LaFleur said.

The “Royal Trio,” Murphy, LaFleur and Roberson, are set to meet for their first official meeting post re-organization next week and the group is already planning for next year’s Girlfriend Weekend.

“All things considered, we decided we are doing next year’s theme, ‘A Whole New World,’ and we will have Disney everything,” LaFleur said.

To learn more about the Pulpwood Queens Book Club or join a chapter, visit their website at https://www.thepulpwoodqueens.com/ or their Facebook page at https://www.facebook.com/groups/282531785093590/