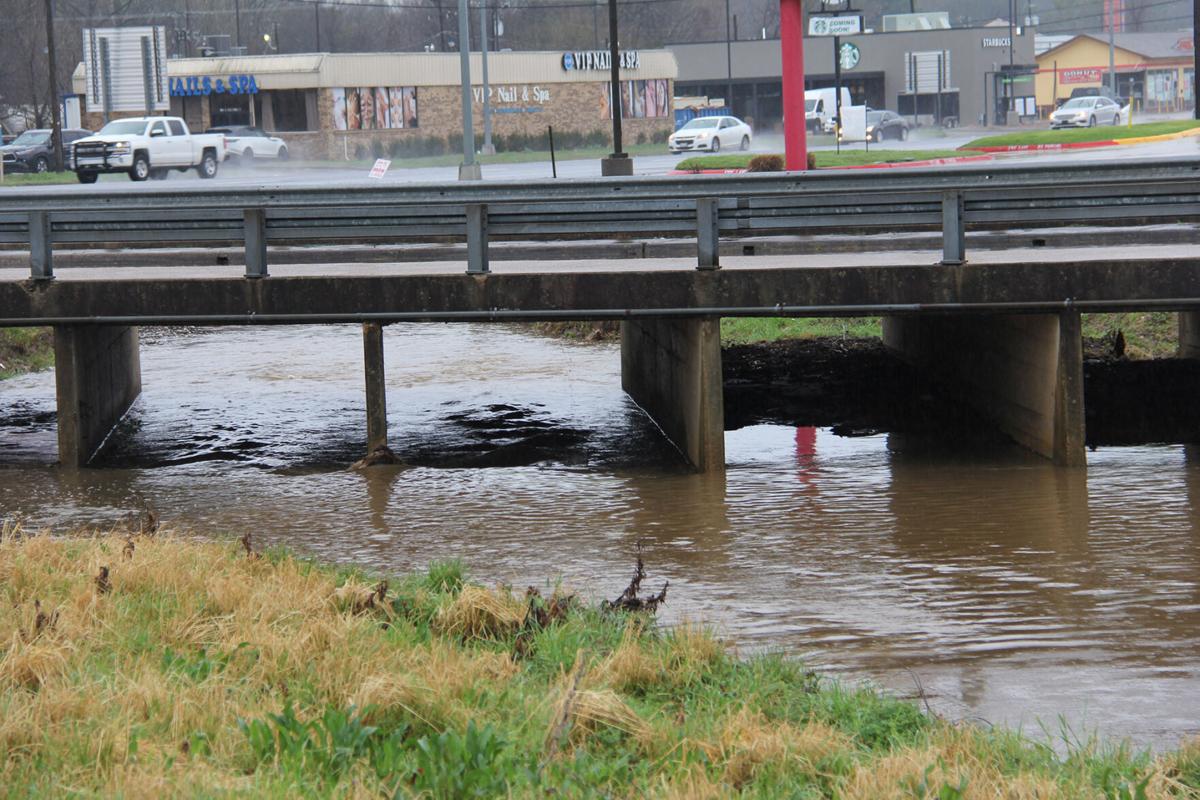 Water rushes under a bridge on Monday after the area had seen almost three inches of rain. 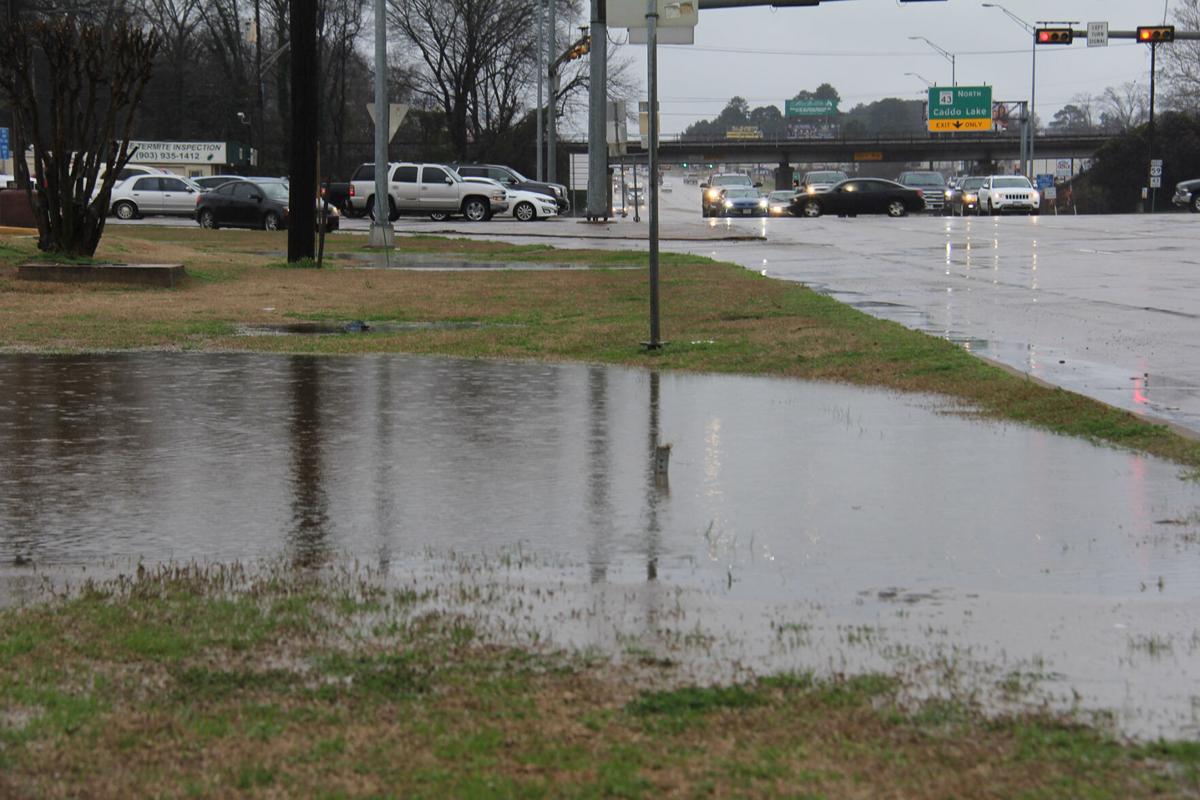 Rain accumulates next to a road Monday in Marshall. 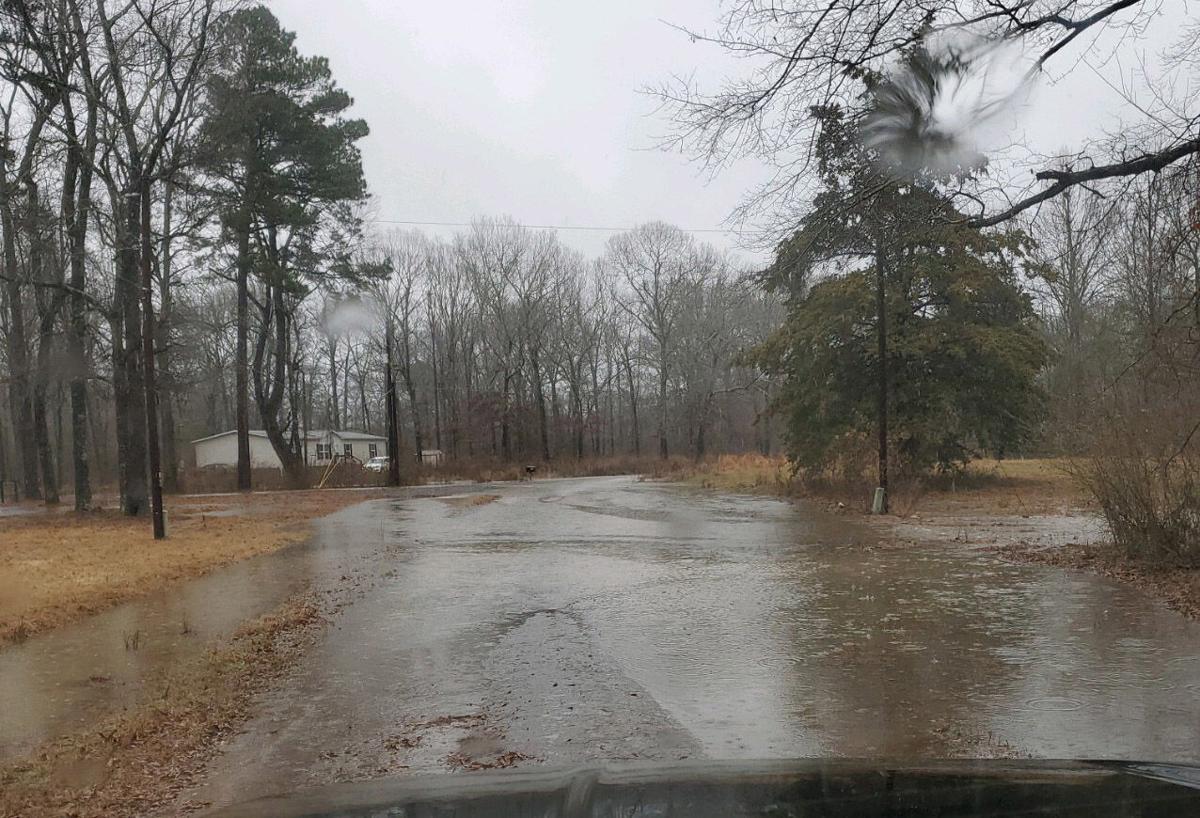 Localized flooding is seen on Monday near Elysian Fields.

Water rushes under a bridge on Monday after the area had seen almost three inches of rain.

Rain accumulates next to a road Monday in Marshall.

Localized flooding is seen on Monday near Elysian Fields.

After more than two inches of moisture from the recent snow and ice storms, the Marshall area has seen nearly three inches of rain in the past 24 hours, according to information released by the National Weather Service in Shreveport.

Over the past 48 hours, Harrison County and East Texas has seen myriad weather conditions including thunderstorms with high wind and rain. Spring storm season saw its first tornado warning Sunday evening around 6 p.m. with a warning that included Marion County, Caddo Parish and Bossier Parish in Louisiana and Lafayette and Miller Counties in Arkansas.

According to information provided by Meteorologist Brandon Thorne, a damage survey crew found damage near Vivian from an EF-1 tornado.

As far as rain is concerned, no widespread flood watches or warnings had been issued by the National Weather Service as of 3 p.m. Monday. However, a flood warning was issued Wednesday afternoon until further notice for the Little Cypress Bayou near Jefferson.

Around noon on Monday, the stage of the bayou was 11.3 feet with flood stage being 13 feet. The bayou is expected to crest above flood stage will early Wednesday afternoon, cresting at 13.5 feet early Thursday afternoon. At 14 feet, minor lowland flooding continue for several days.

One rescue was reported during the rain event on Cox Road by ESD No. 3 when a person was rescued from their car.

Elysian Fields ISD made the decision Monday morning to halt school at 10:30 a.m. due to the ongoing conditions of flooded roads in the district.

Ongoing weather information can be found at marshallnewsmessenger.com or on the Marshall News Messenger’s Facebook page.