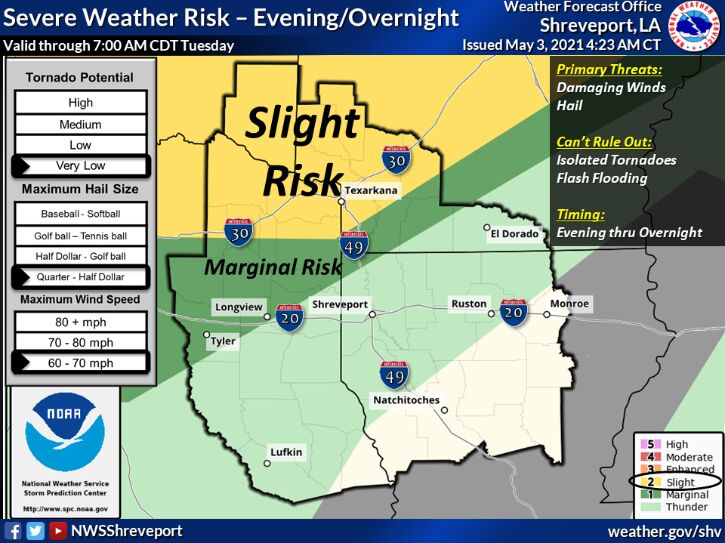 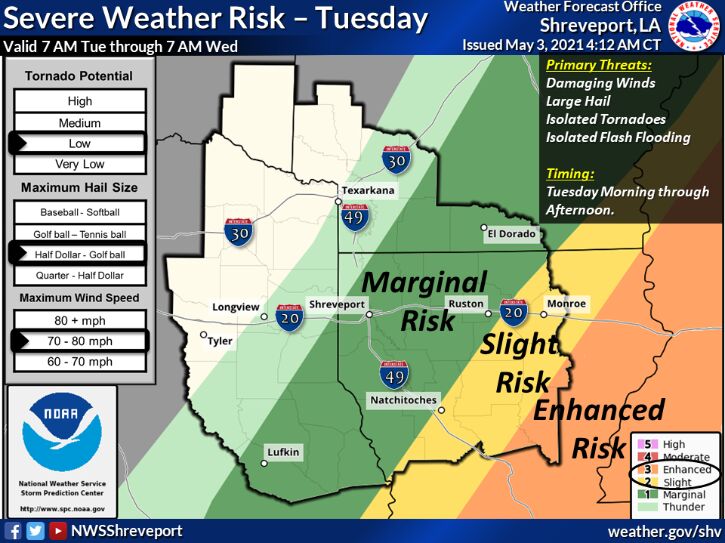 Severe weather is expected tonight through Tuesday as a strong cold front advances into the region, according to the National Weather Service.

Severe thunderstorms will develop by mid to late evening across the I-30 corridor and continue until shortly after midnight through early Tuesday morning.

Additional severe thunderstorms are expected later in the day on Tuesday as a strong linear storm complex is expected to develop and shift across the southeast half of the region.

Threat areas include a slight risk generally along and north of the I-30 corridor tonight with an enhanced risk across the southeast third of the region on Tuesday.

Damaging winds, large hail, and isolated tornadoes may all be seen with this severe risk. In addition, heavy rainfall may pose a localized flash flooding threat in some areas.