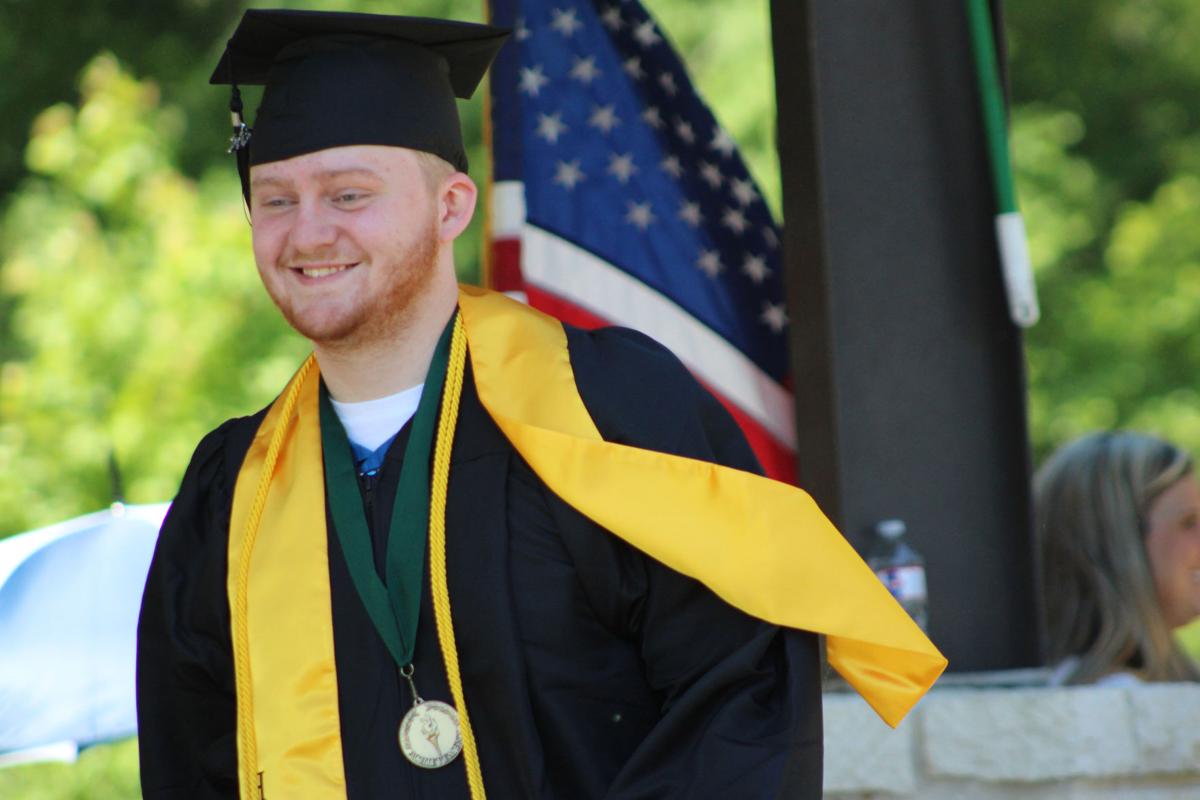 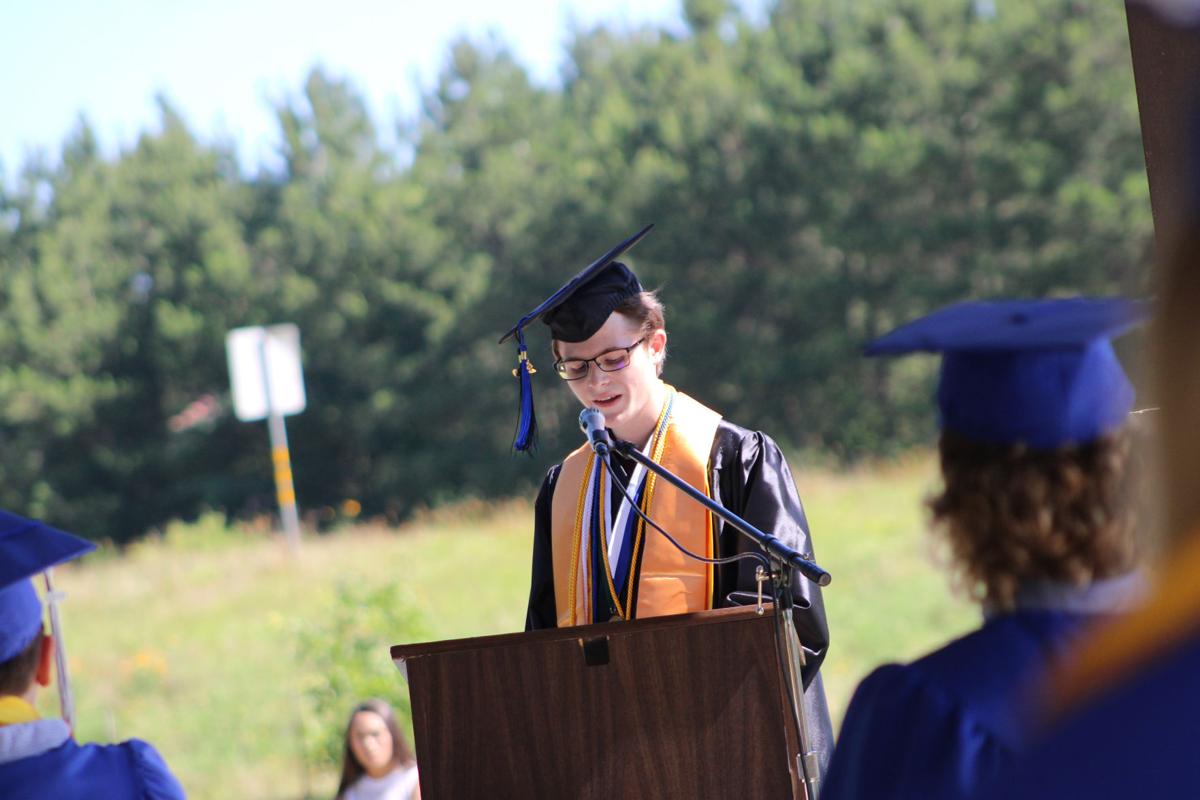 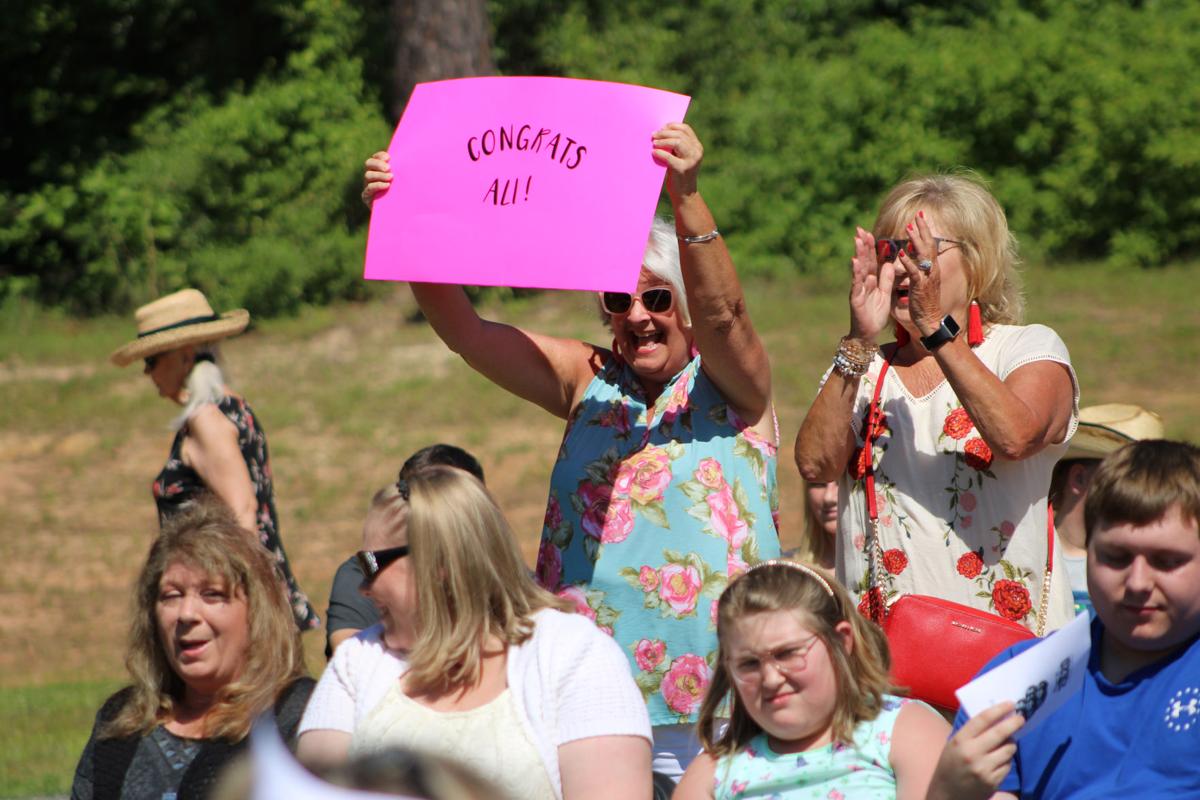 Texas Early College High School hosted its 2020 graduation Saturday at the Footprints in the Sand Monument in Carthage. 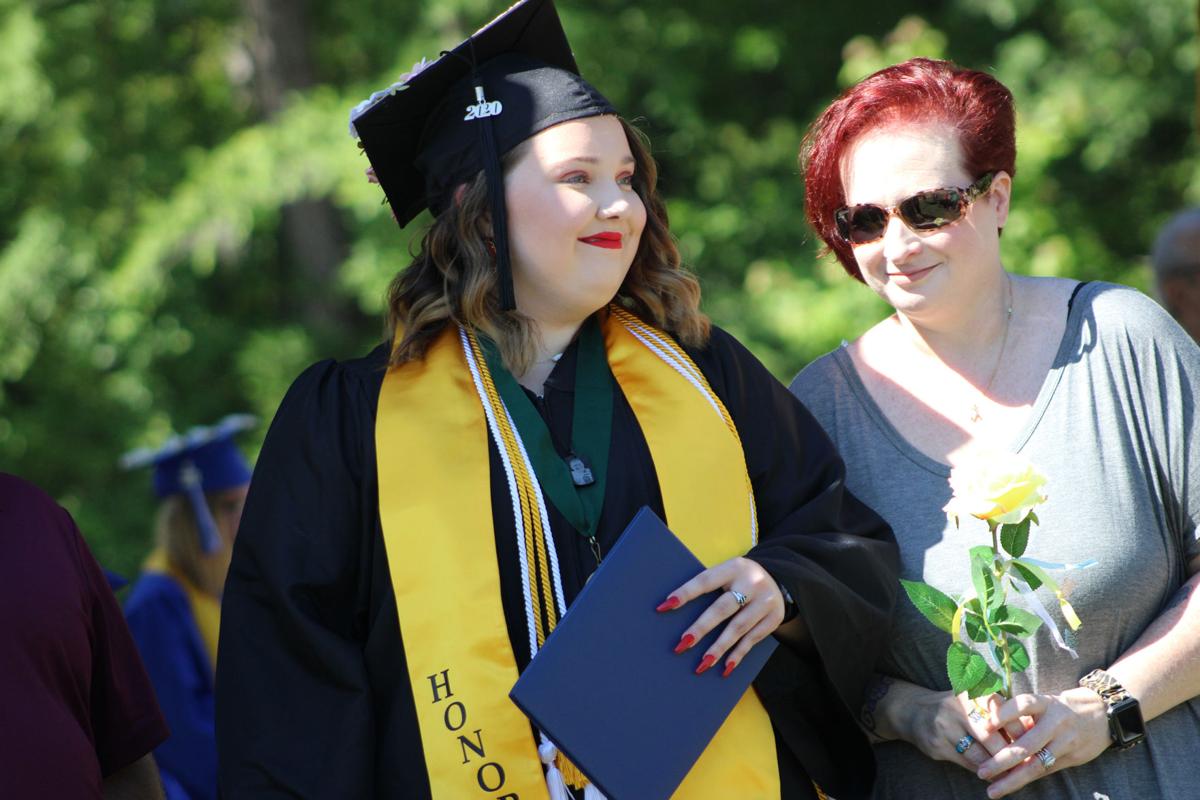 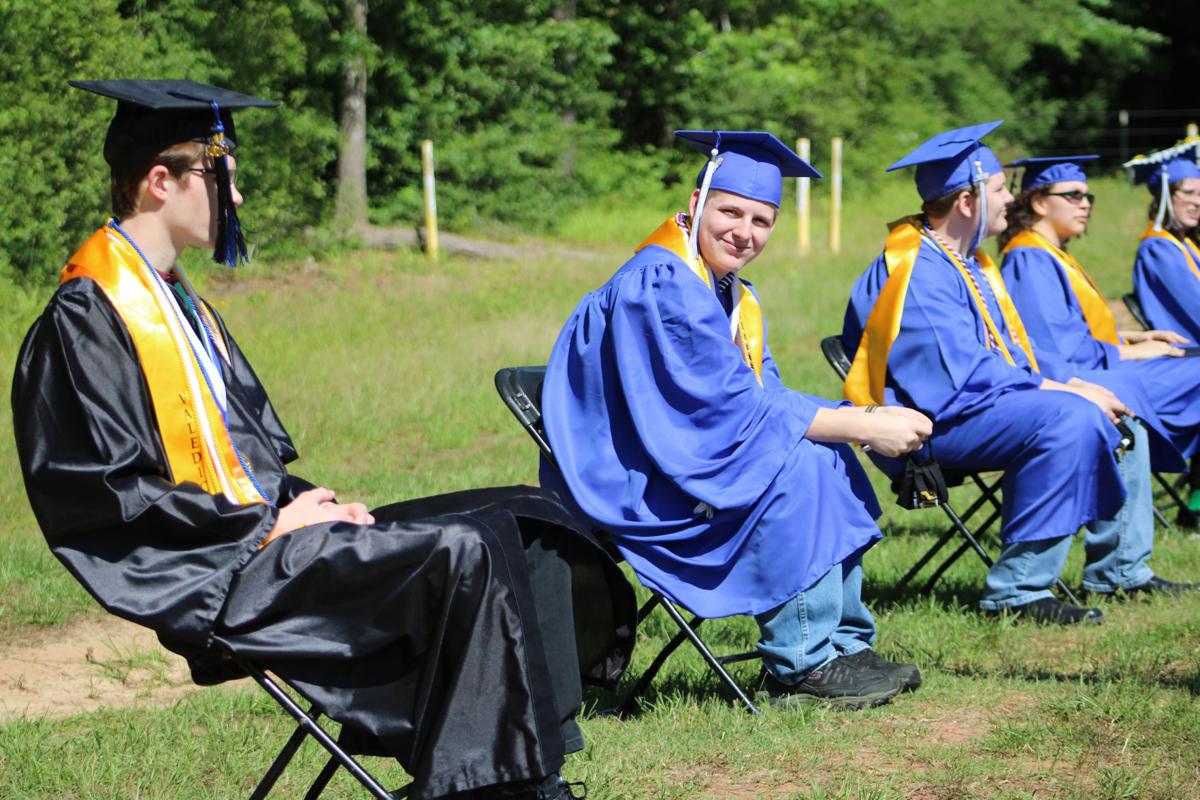 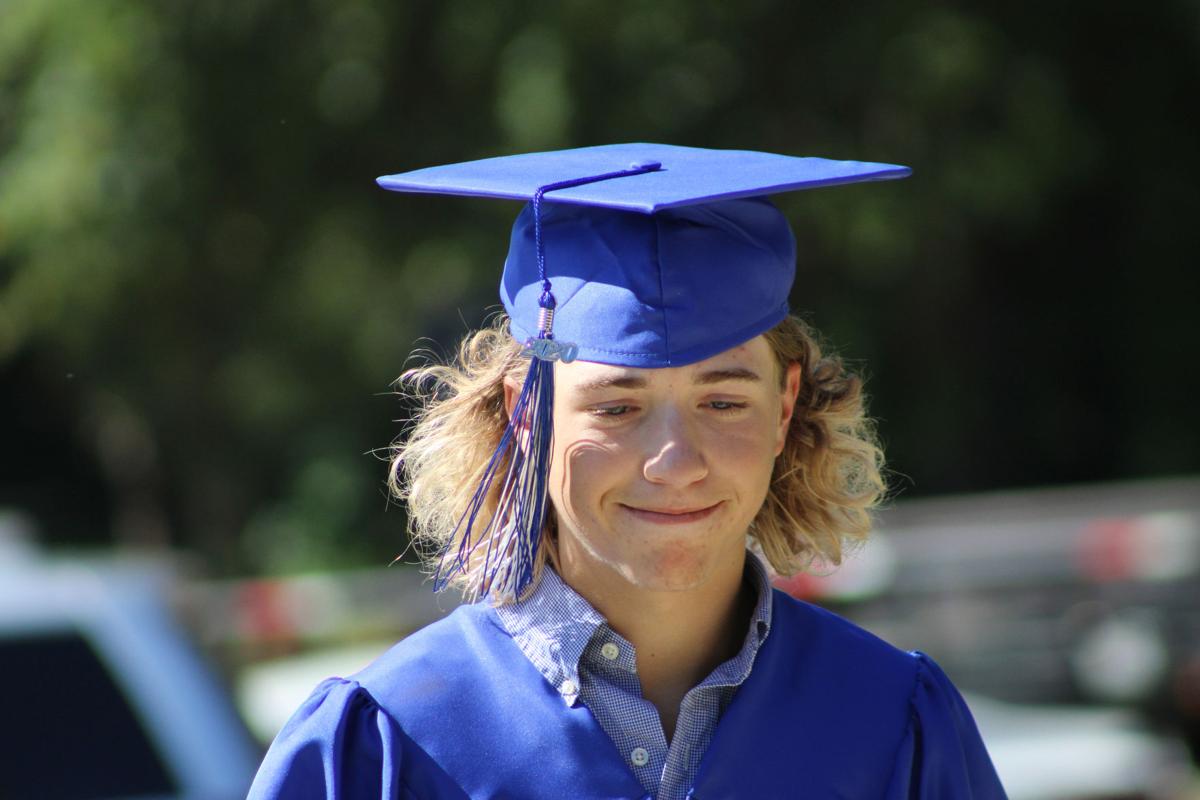 Texas Early College High School graduate Dylan Davidson graduated with 12 of his classmates on Saturday at an intimate ceremony in Carthage. 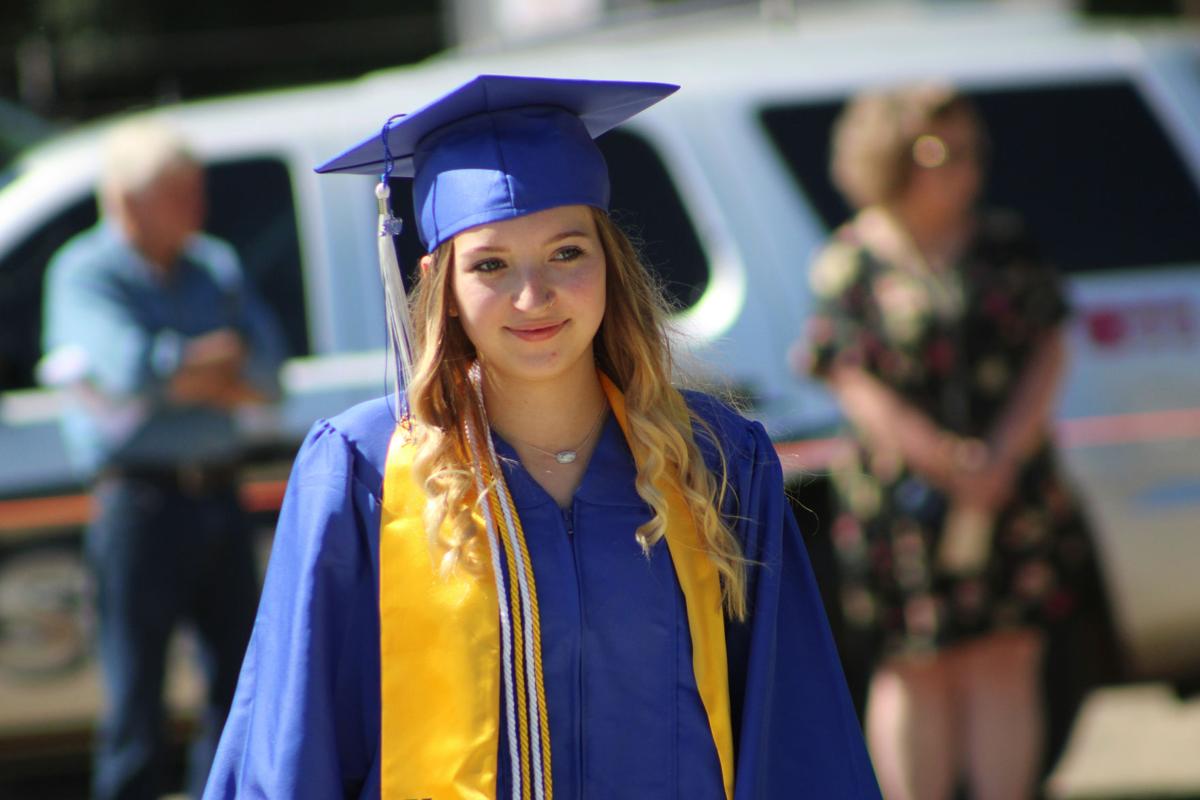 Texas Early College High School hosted its 2020 graduation Saturday at the Footprints in the Sand Monument in Carthage.

Texas Early College High School graduate Dylan Davidson graduated with 12 of his classmates on Saturday at an intimate ceremony in Carthage.

But he told his classmates that he knew they were leaving here and going into a world of uncertainty, something different than they had anticipated. He hoped they’d find their path — and joked that they shouldn’t follow in his grandfather’s footsteps because he didn’t get his dream.

“I’ve been told all my life to follow my dreams, yet didn’t,” he said. “Now I’m going to try. My grandpa said when he was growing up, he wanted to be a bum. That was his dream, and his dad told him to be the best. He didn’t. Joined the military after graduation, got married, bought a home and had good jobs, so his dream went down the drain.”

Simmons and his 12 peers graduated Saturday morning in a small and intimate ceremony at the Footprints in the Sand Monument in Carthage. The commencement, held with social distancing guidelines in place, had students walking across the stage with their parents to receive their diplomas before they were lead away to pose for pictures.

Families, school staff and administrators watched with smiles on their faces and cell phone cameras in hand. Principal Bob Garcia opened the ceremony acknowledging the special circumstances of the day and disruptions that COVID-19 had wrought.

“Well, graduates, who knew that when we left for Spring Break we wouldn’t see each other again until graduation?” he said. “But whatever you did during that time, you took care of your business, you passed your classes and you made it to the end.”

The recipient of this year’s leadership scholarship, which includes funds to Panola College for the 2020-21 school year, is Giddens-Harvey.

Henderson, in his valedictory address, asked the small crowd to bear with him. He was nervous.

“Even us valedictorians have our weaknesses, and for me it would be public speaking,” he said. “I would just like to thank the people that have helped us get to where we are today, starting with the faculty and staff.”

Henderson finished school early, and he’s been using the time since to apply for and prepare for college. Throughout that process, he said the school’s staff has been there for him.

“It can be overwhelming at times, and yet the faculty at our school manages to do it not just for one individual, but for the entire school,” he said. “That’s extremely impressive, especially when you consider the fact that they’re also planning our fundraisers, dances, any of the trips and so much more behind the scenes. Without their dedicated efforts, this school would not be possible, and I love this school so I’m extremely grateful towards them.”

He also thanked his classmates for their friendships.

“Regrettably I didn’t really get to know all of you very well, however for the ones I did get to know, I became very great friends with,” he said. “They pushed me to be a bit more outgoing, and without them, I would probably have never even left my house and so many great memories would have never been made... For that, I am very grateful.”