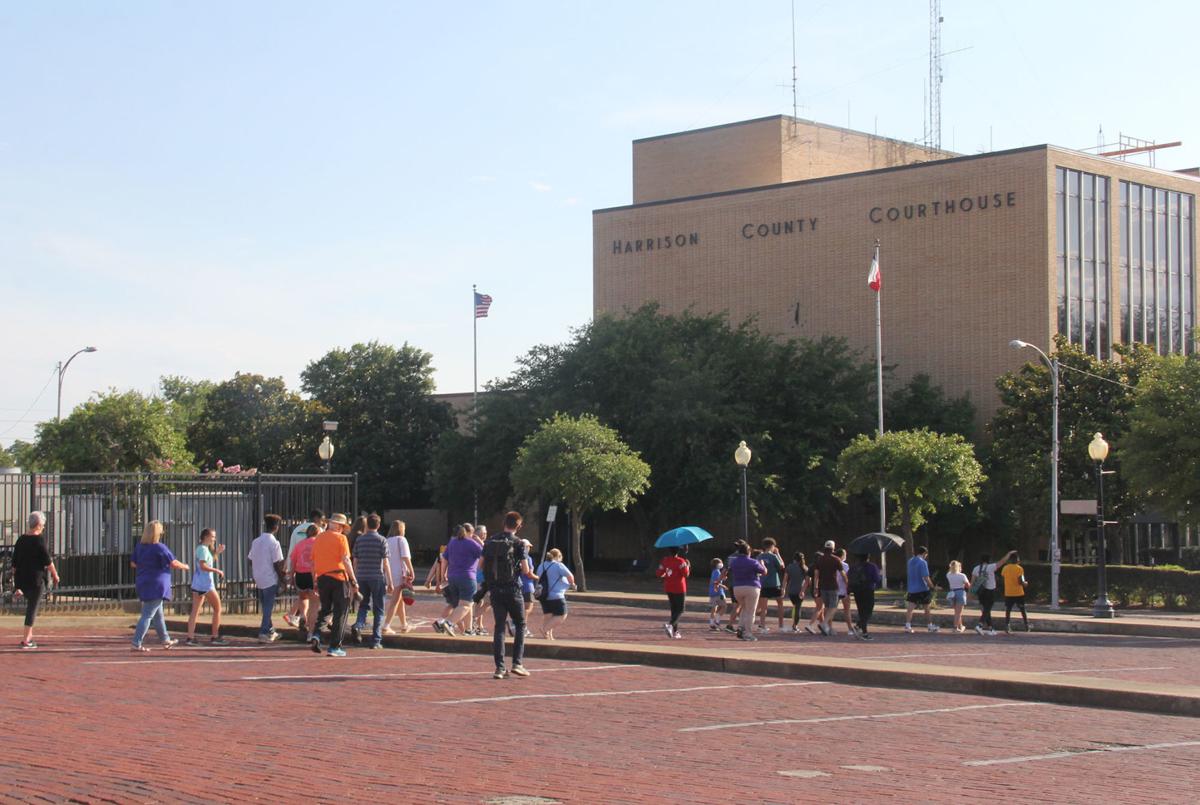 Prayer walk participants head out across downtown to start a 5K Prayer Walk. 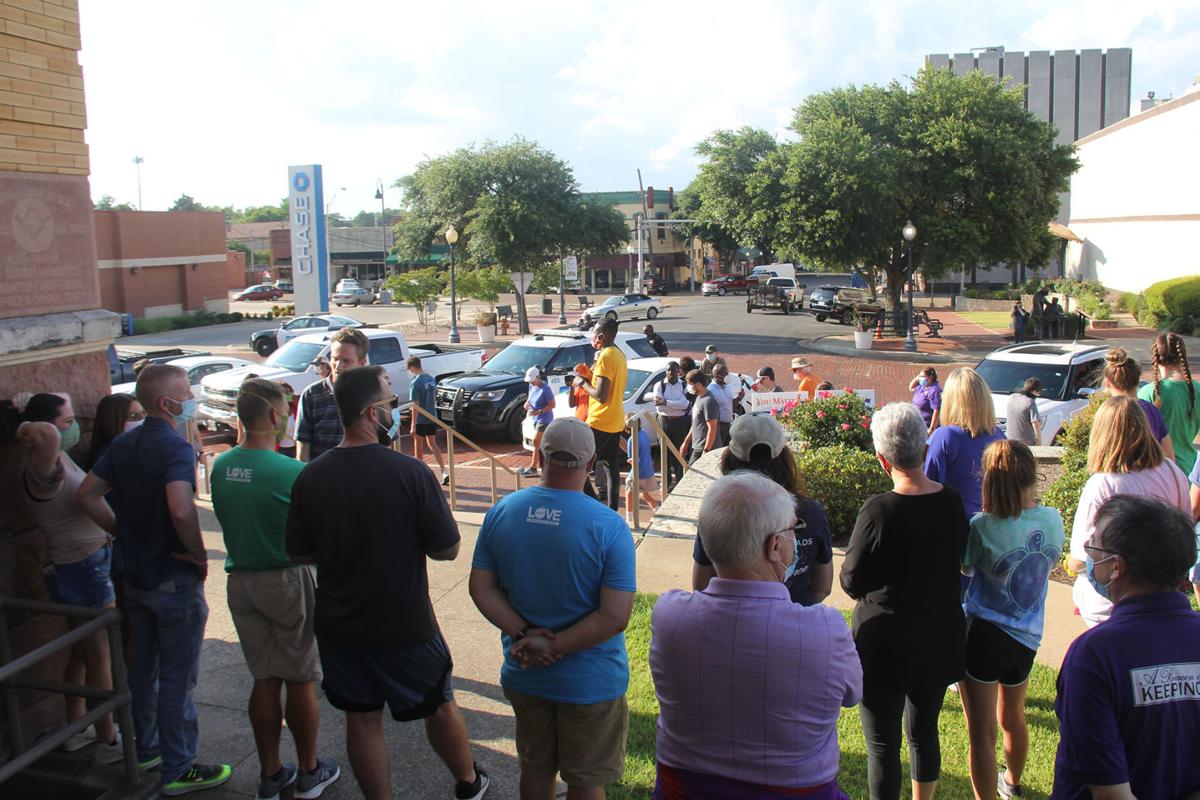 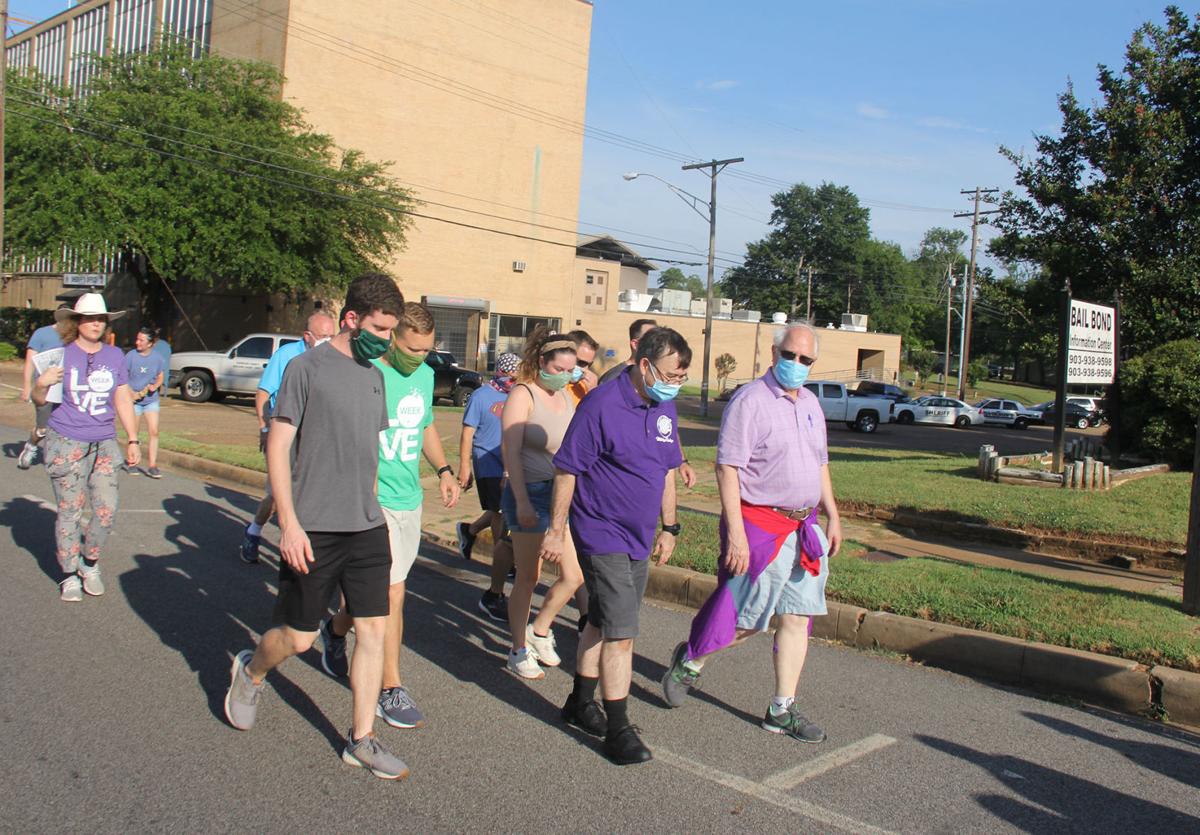 Participants gather in a prayer walk to help unify the community.

Participants head out toward Wiley College during the 5K Prayer Walk.

Prayer walk participants head out across downtown to start a 5K Prayer Walk.

Participants gather in a prayer walk to help unify the community.

Participants head out toward Wiley College during the 5K Prayer Walk.

More than 50 people participated in walking and gathering in prayer Wednesday night during a 5K Prayer Walk.

First United Methodist Church Youth Director BJ Laja-Akintayo and his girlfriend Glory Harwick organized the event with people of all religions and races in attendance.

The walk, measuring about 2 miles, extended from the Harrison County Courthouse, to Wiley College to ETBU, with the group stopping to pray at each location.

“Thank you all for being here and all the Glory to God,” Harwick said. Points listed to pray about for the walk included end racism, end stereotypes, bring unity, bring equality, ask for forgiveness of sins, ask for wisdom and understanding and revival within the city, state, country and the world.

“We are praying for God to end racism because we know it’s still there and to bring unity,” Laja-Akintayo said.

Laja-Akintayo told participants to feel free to stop and and pray for neighborhood or whatever they felt led by God. Water was also provided for the participants as well as an air conditioned bus that followed along to provide a respite should anyone need it.

Those participating were invited to worship while walking.

The youth minister stated that the courthouse, Wiley College and ETBU were chosen as points to pray at since they represented pillars of the community.

“We want this divide to end,” he said.

Crossroad Baptist Church Pastor Derek Hicks led the group in their first prayer as they started their walk.

“We are thankful just to have the opportunity to worship and pray to you Lord, even at a time like this. We are seeking you to open hearts and bring unity. Pray that our hearts and eyes would see people like you see people, and love them as you love them,” Hicks offered in prayer.

Marshall Police officers escorted the group as a safety precaution.