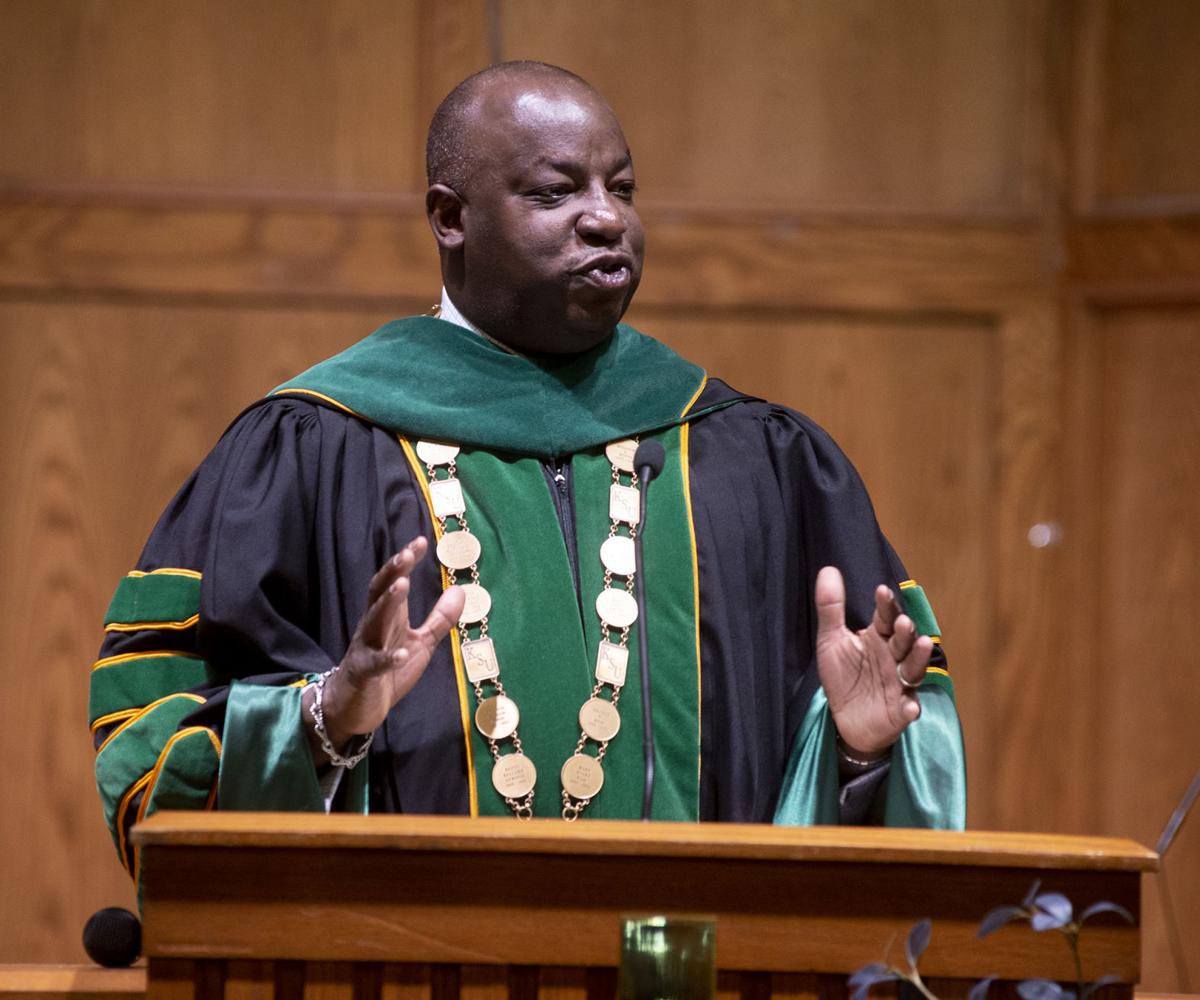 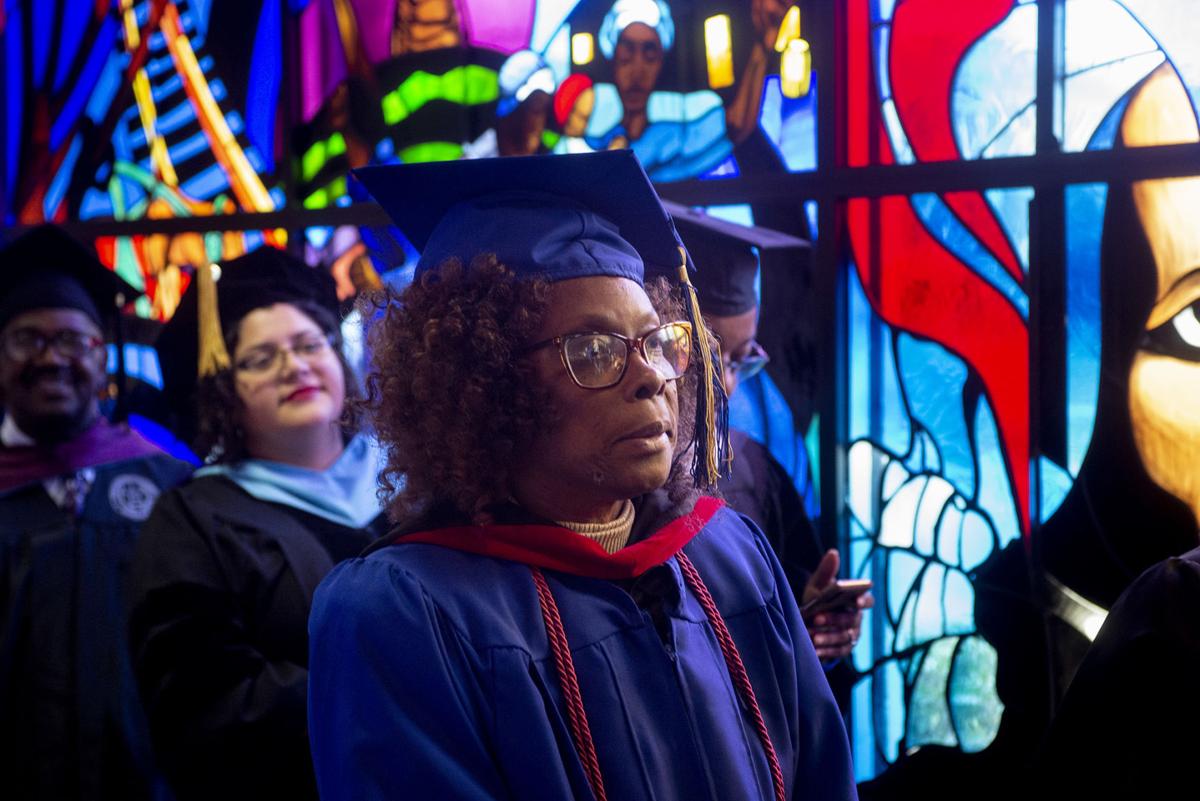 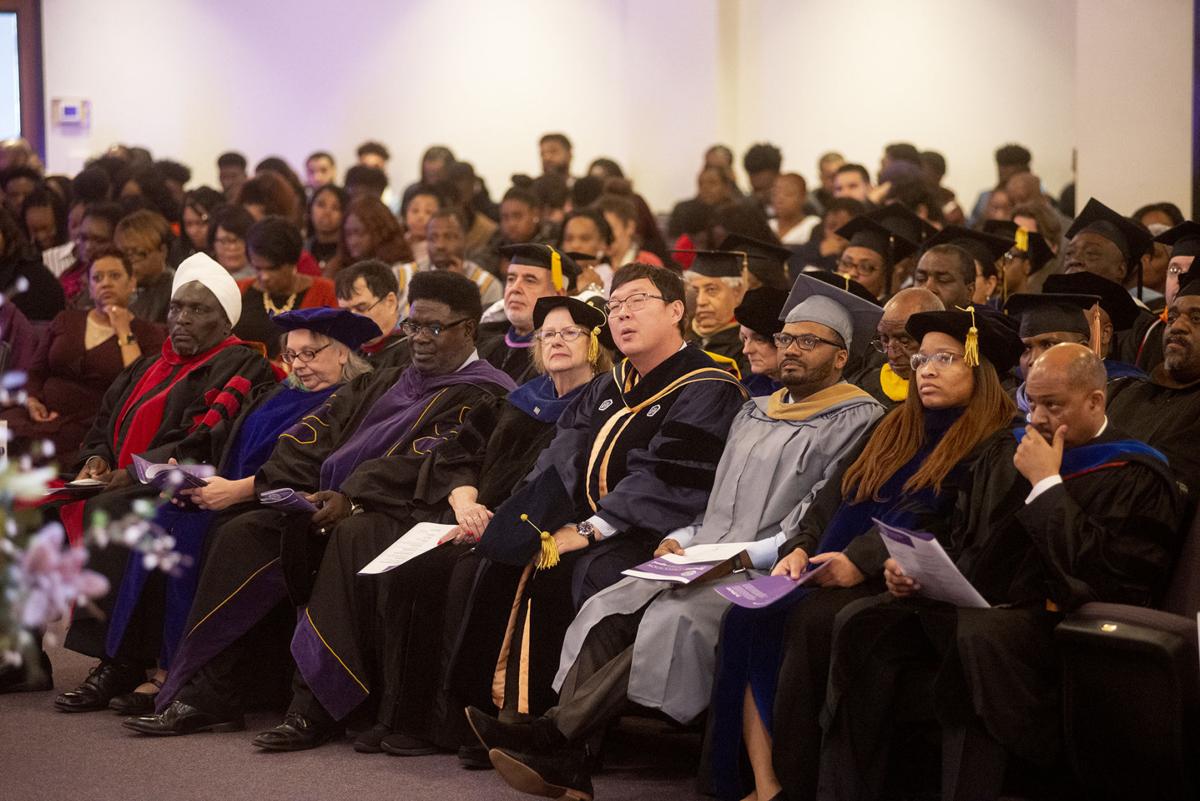 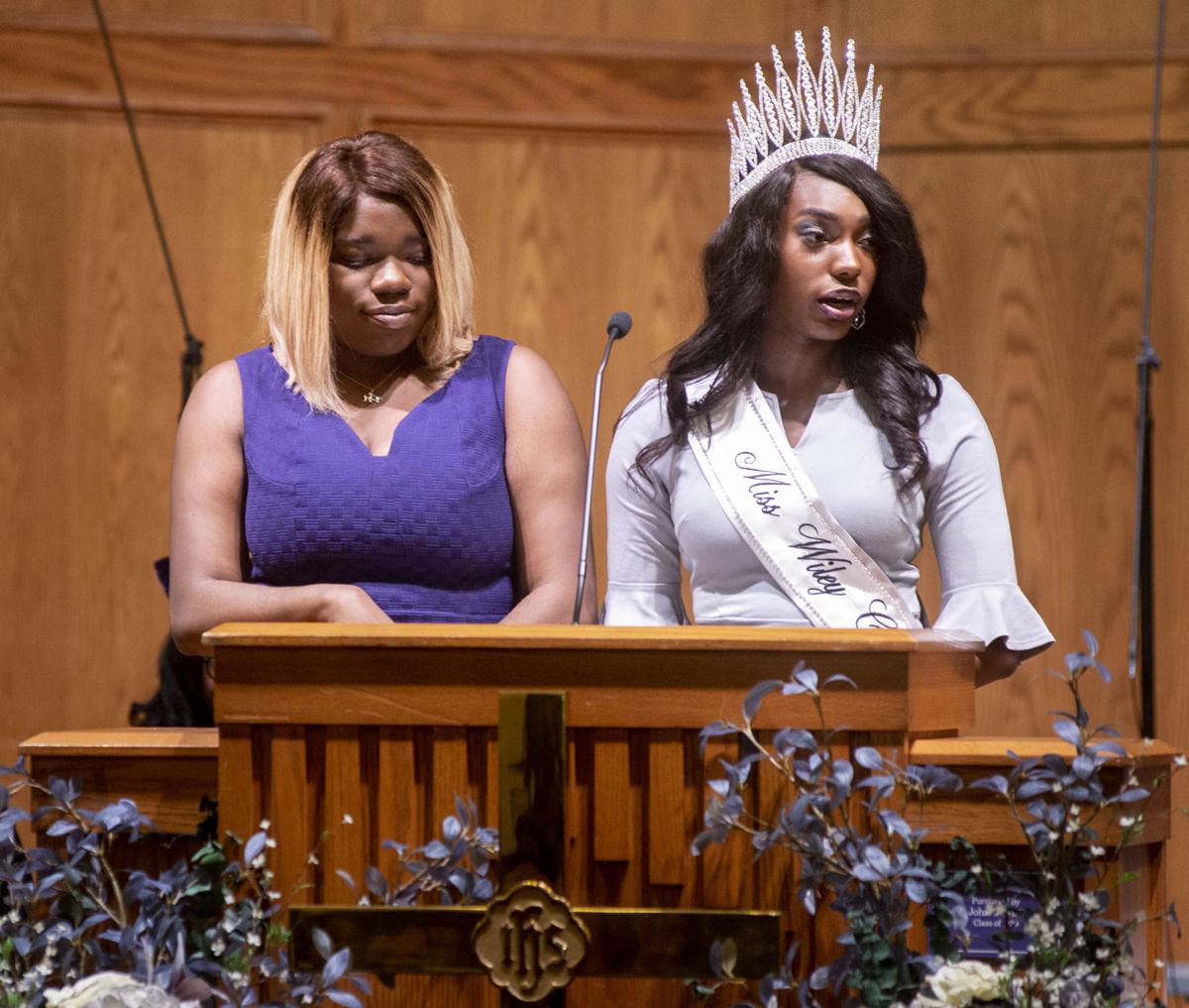 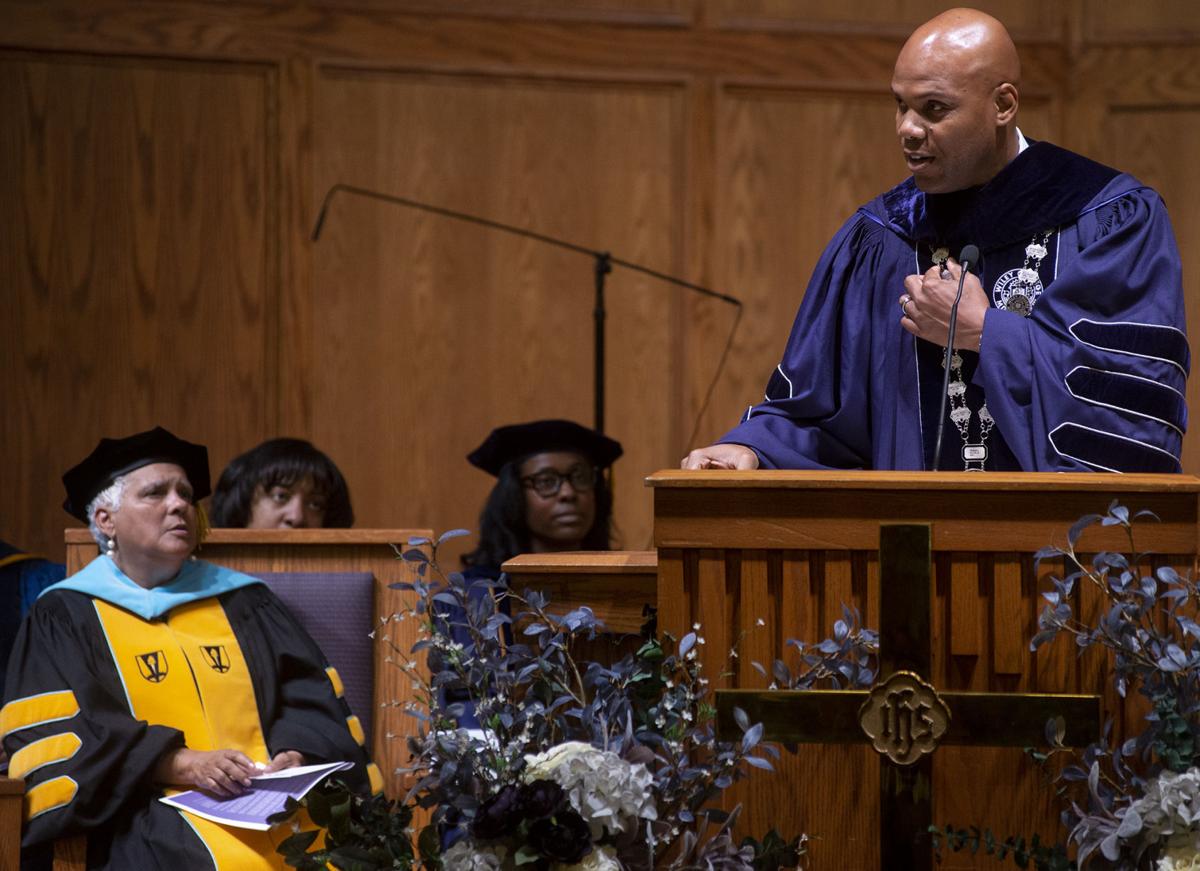 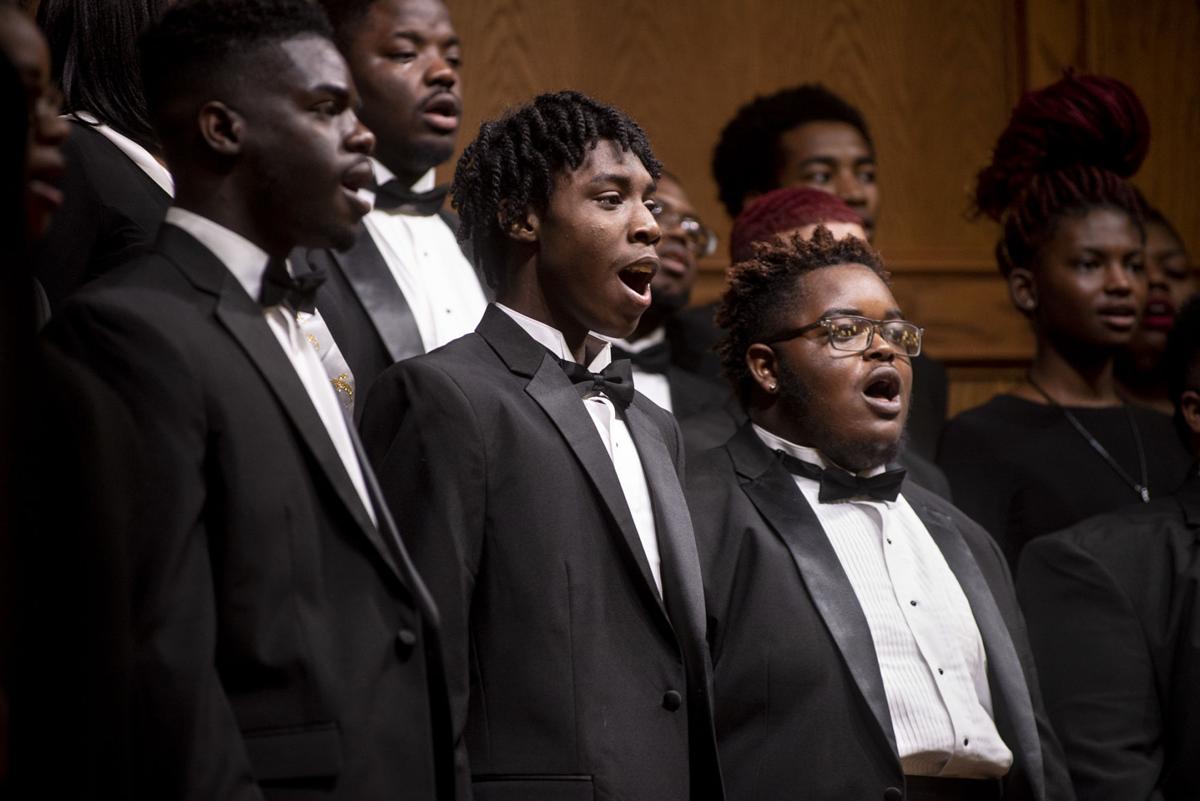 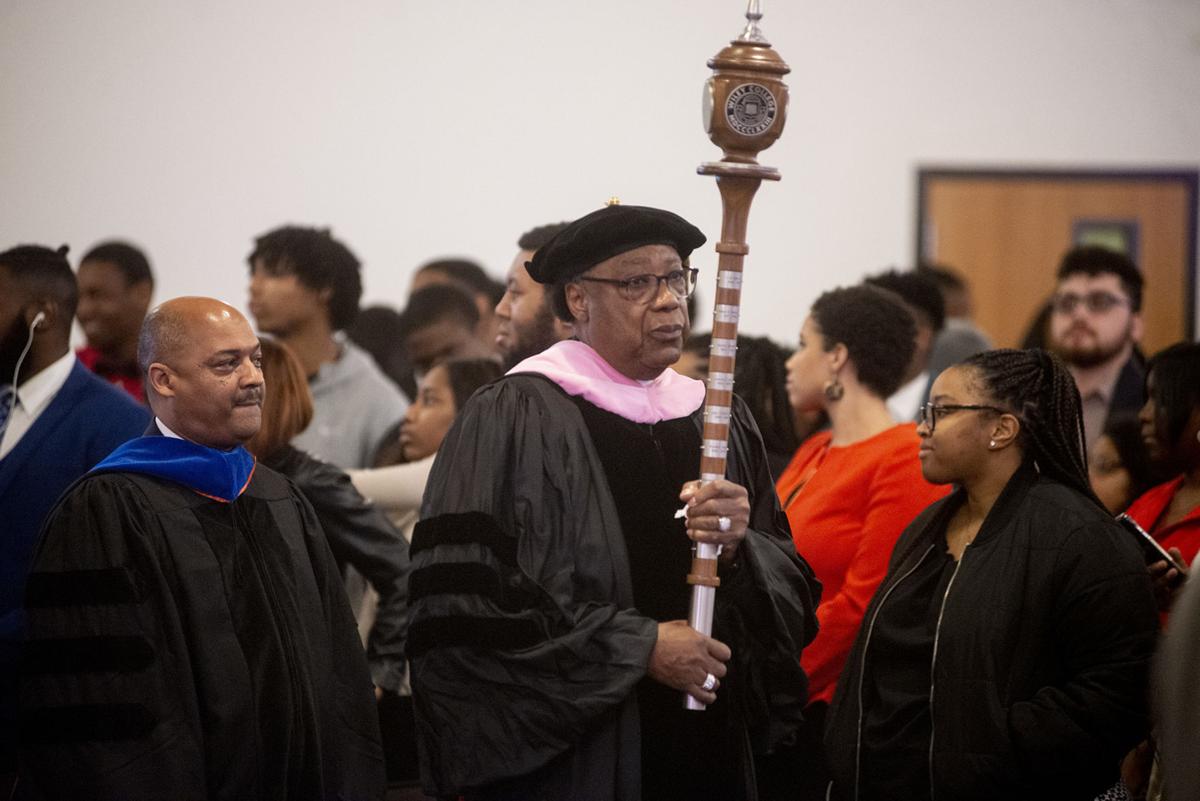 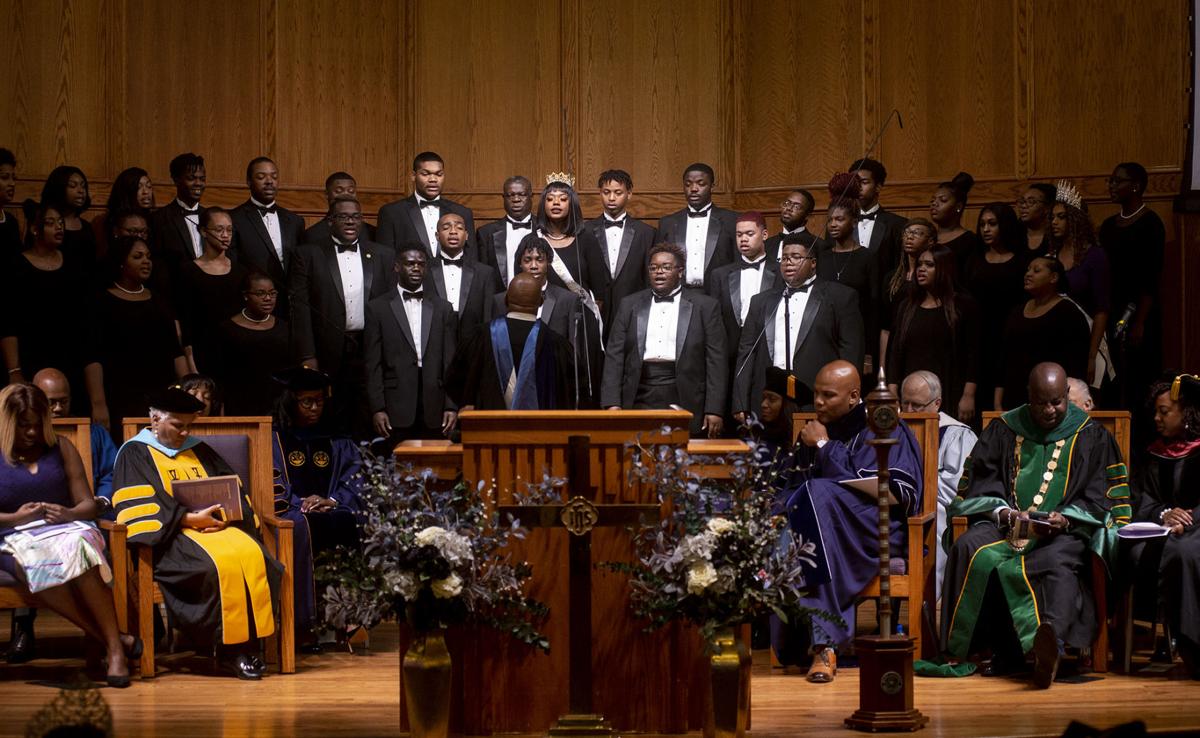 The A Capella Choir of Wiley College performs during the Wiley College spring convocation Tuesday in the Julius S. Scott, Sr. Chapel. 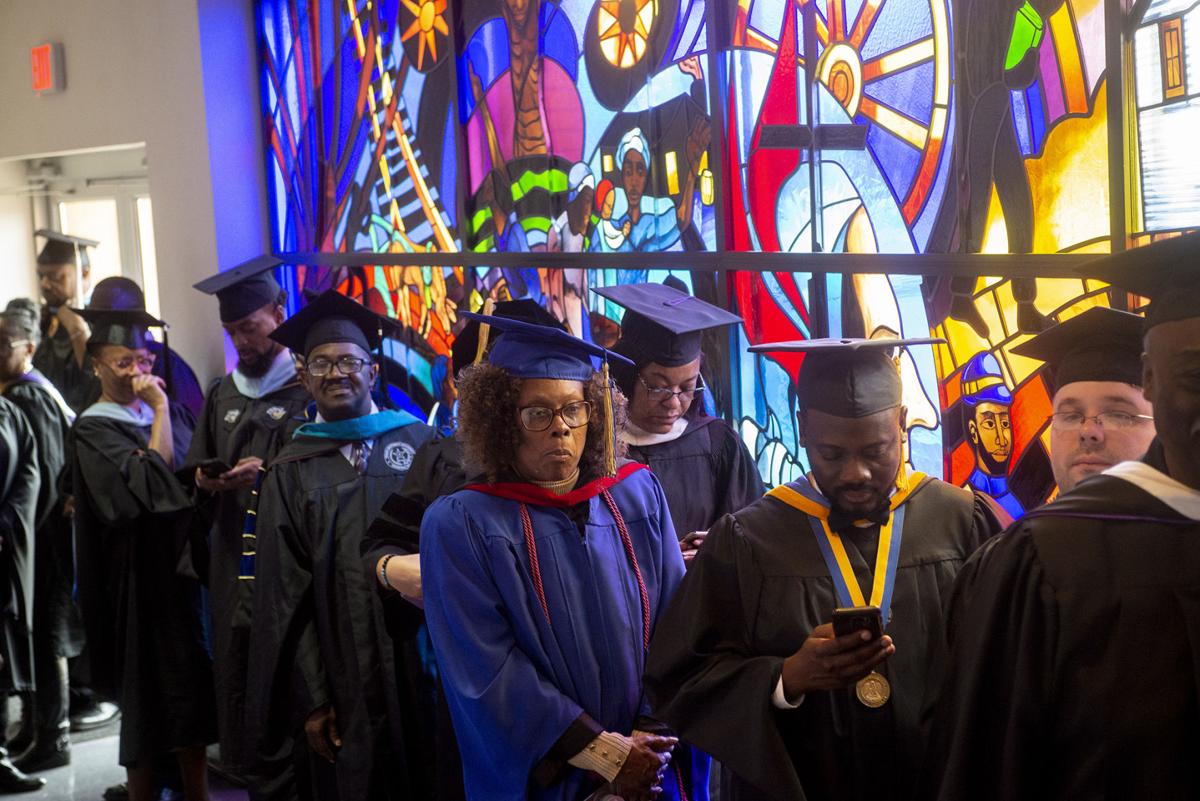 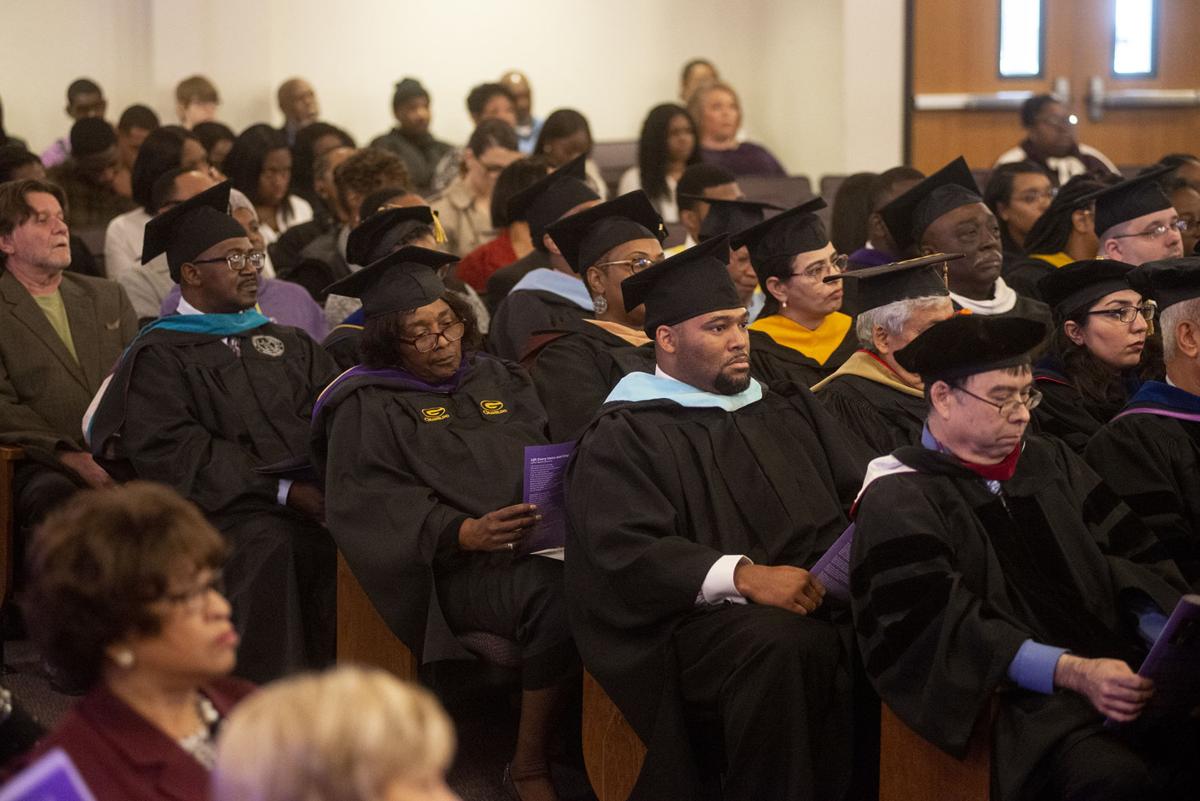 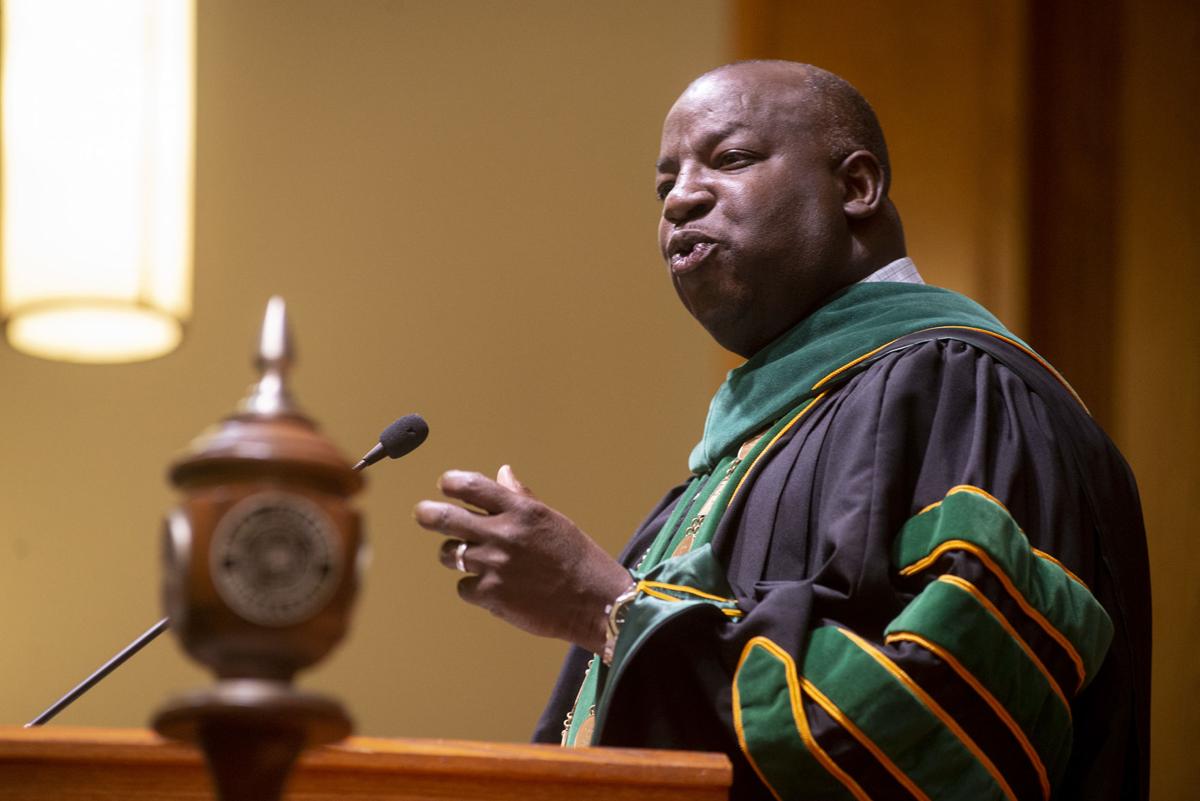 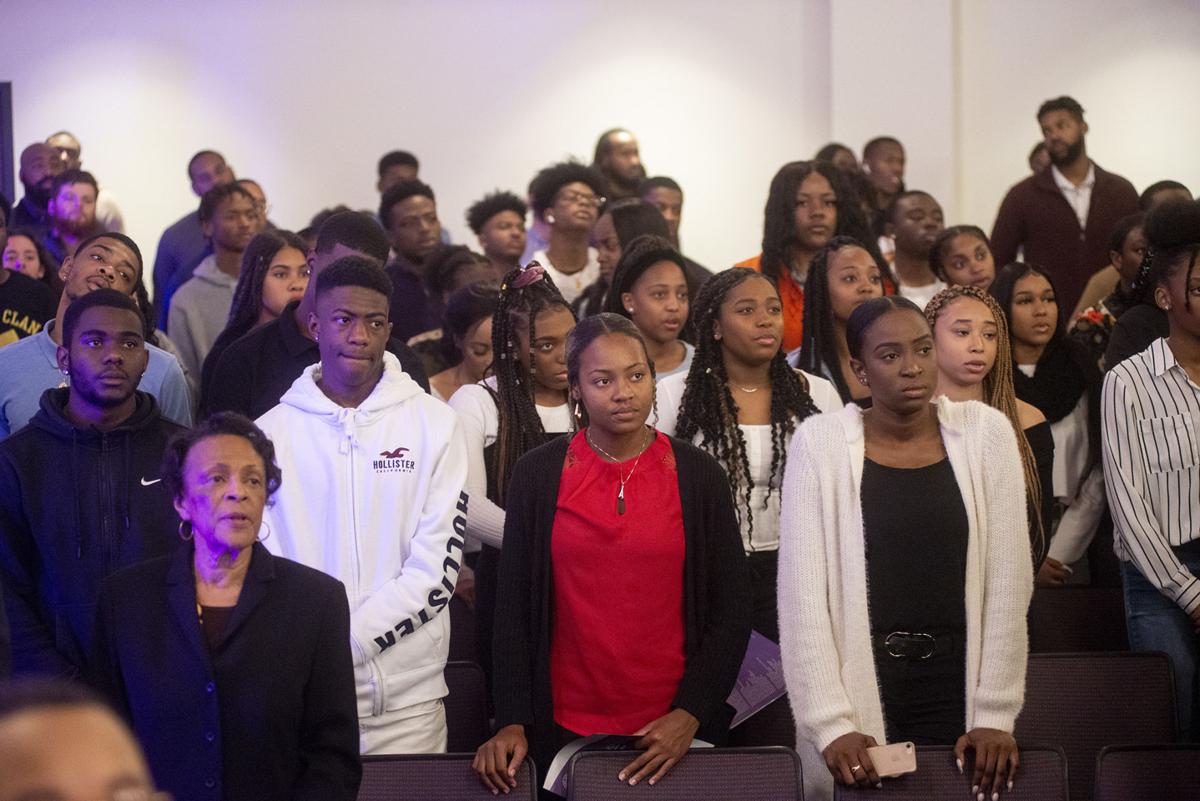 The A Capella Choir of Wiley College performs during the Wiley College spring convocation Tuesday in the Julius S. Scott, Sr. Chapel.

Brown is an ordained minister and author who traveled to Marshall to offer a word of encouragement and advisement to Wildcat students and staff as they kick off the 2020 school year.

“I have become enamored by the rapper Drake as of late and as we enter into 2020, I hope we do not forget these prophetic words he and his three amigos Takeoff, Offset and Quavo left us with, ‘I came these great many miles to say, it its imperative to walk it like we talk it,’” Brown said to the crowd at the university’s chapel.

“Certainly, when I say that in this hollowed place, for those who are theologically inclined, I must reflect on that great Bible prophet Micah. He came from small and humble beginnings. He was from an economically oppressed and distressed background. He asked, ‘What does God require of man?’ He responded that we are here to do justice, love mercy and walk humbly before our God. It was as if Micah had declared we should walk it like we talk it.”

Brown said we must love mercy by having meaningful relationships.

“Micah said that we must love mercy and make sure that we are making a meaningful difference to go forward,” Brown said. “You may very well be the last generation to benefit what so many worked, bled and died for. Micah said we must also walk humbly. To be those that refuse to settle for less, you must plan and implement.”

Brown said too many black students are focused on the wrong things.

“Too many of our children are dancing but they’re not studying,” he said. “They’re playing loud music but they cannot read. They’re getting high but they cannot spell. They come to class and the teacher says, ‘conjugate a verb,’ and some don’t even know what a verb is. If history is the key to our future, we’ve been locked out for far too long. Observe our historical past — from Egypt to the Promised Land, from the Promised Land to the new found land, from the new found land to Colonialism, from Colonialism to slavery, from slavery to freedom and from freedom to complacency. We have become too comfortable.”

Brown said there is hope for the future and the hope is in the students themselves.

“Although the odds may be stacked against us, though the nation is dark and grim and depressing, sometimes orange, there is power in one person,” he said. “You can walk it like you talk it. I’m excited because I looked at the choir and looked at the queens and looked at the Student Government Association vice president, I saw that they were wide-eyed and eager and anxious, different but yet the same.”

Brown said the future is up to each student individually.

“I am encouraged because you embody the truth and the relevance,” he said. “You are arrows which spring forth from the quiver of God. I charge you today that you must be those that refuse to settle for less. You must not accept anyone’s definition of who you are. You must plan and implement your future. The Wiley students are something special. You will be those who will design and develop, manufacture and produce, problem solve and analyze, create and invent, explore and discover, own and operate. You can walk it like you talk it.”