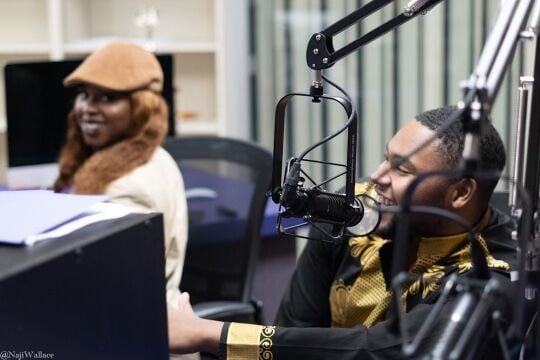 ABOVE & BELOW: Wiley College students and KBWC DJs Lydia Brown, left, and Chamar Tate, right, host their own shows and edit programming for the university’s radio station 91.1 FM. 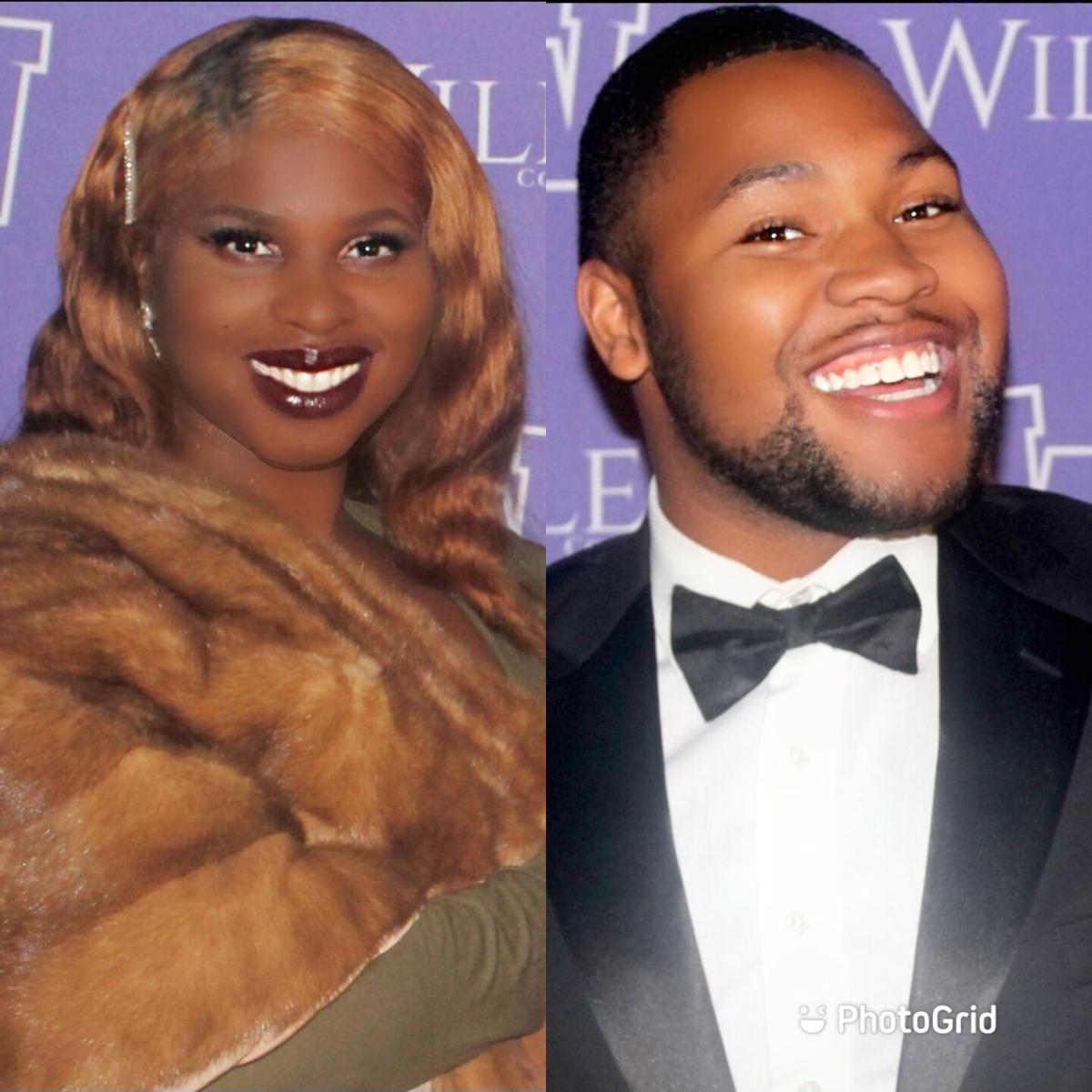 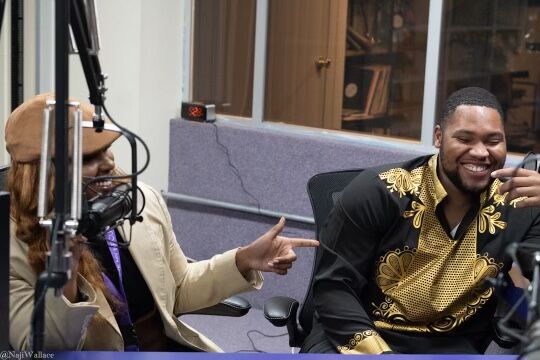 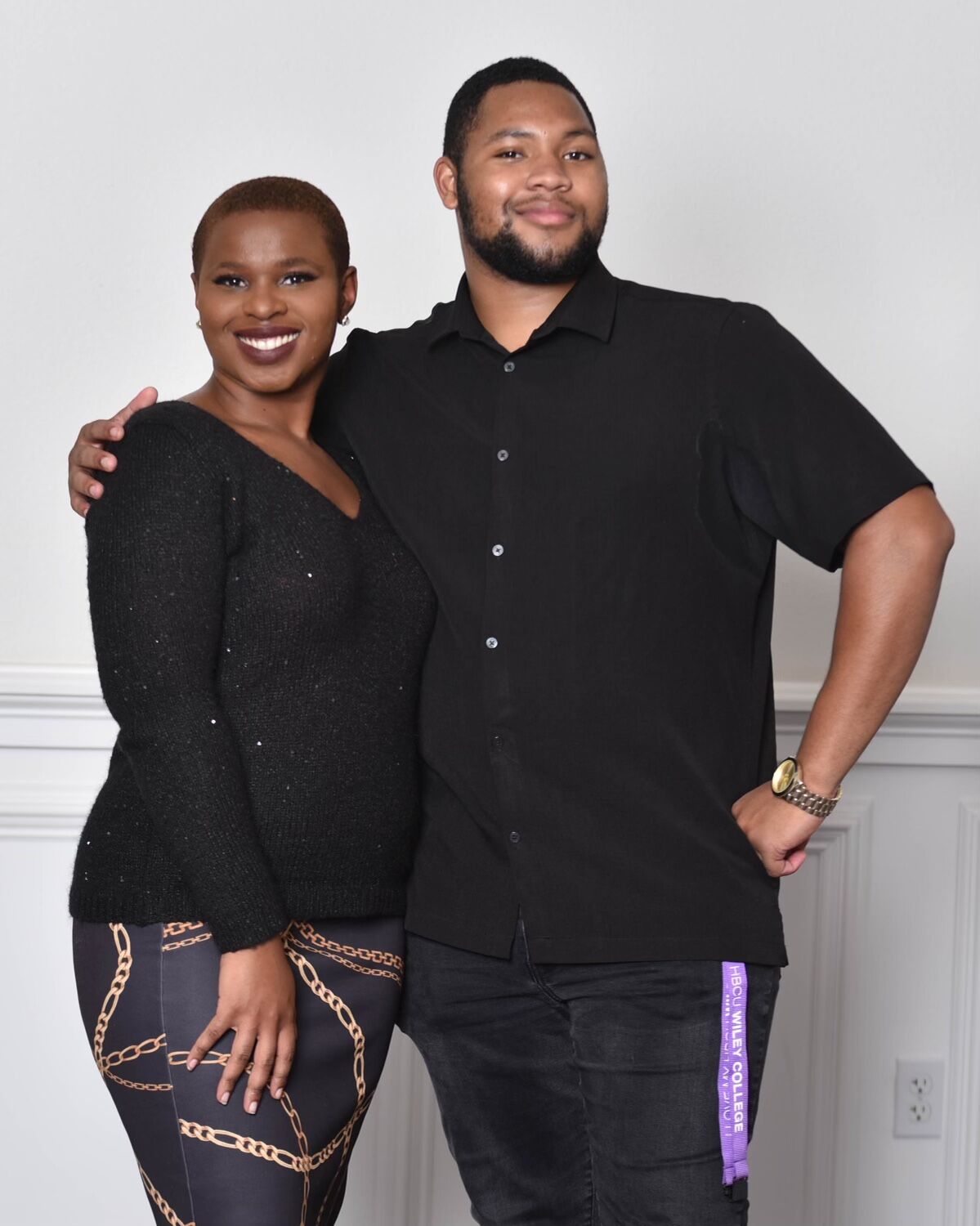 ABOVE & BELOW: Wiley College students and KBWC DJs Lydia Brown, left, and Chamar Tate, right, host their own shows and edit programming for the university’s radio station 91.1 FM.

The university was able to re-open its radio station in 2019 after it went silent when renovations began on the Fred T. Long Student Union Center several years ago.

Thanks to the help of a $100,000 grant from the Marshall Economic Development Corporation (MEDCO), the university was able to get the radio station back up and running and students have spent the past two years learning to DJ, hosting their own shows, selecting music and programming, learning editing processes and equipment.

“Thanks to the work of Dr. Hays and Dr. Strickland before me, and the grant from MEDCO that allowed us to purchase new hardware, we were able to pick up the ball and get it working again,” Wiley College President Herman Felton Jr. said previously.

The station is currently running a mix of 1970s, ‘80s, and ‘90s music as well as gospel and rhythm and blues music. Student DJs also host their own radio shows and select their own programming. The radio station also broadcasts university sporting events and the weekly Chapel service on campus at 11 a.m. on Tuesday.

Gould said the idea for the new show, “Community Conversations,” came from conversations between he and Felton.

“The genesis of the idea for the show came from conversations Dr. Felton and I were having about how we can move forward as a community,” Gould said. “The name ‘Community Conversations’ grew out of a group discussion among a team of those working to bring 91.1 back on the air.”

The pre-recorded shows are aired each week and edited and broadcast by Wiley College mass communications students.

“We record the shows on Wiley College’s campus in the 91.1 studio,” Gould said. “The schedule for airing is planned for Wednesdays at 5 p.m.”

Gould said the shows are often re-aired throughout the week as time slots are available for listeners who missed it on the first broadcast.

Gould selects his guests from a wide array of community organizations and businesses.

“The early guests to the show have been business people who have chosen Marshall/Harrison County as a place to do business,” he said. “As we move forward, I see the show inviting people who represent all facets of our community, as we want to share a wide variety of points of view and stimulate impactful conversations that can happen well beyond the airing of the show.”

Gould said the show serves to benefit the community, the university and beyond and will hopefully serve to initiate conversations and keep the public informed.

“Both the college and paper desire to serve the community in a positive way, and this radio show allows us to engage with members of the community and allow them to share their point of view,” he said. “I am excited about the possibilities of this show and the impact it could have on our community. You never know when something we discuss on the show, might spark another idea or action of a listener that could inspire them to personal or community greatness. We at the Marshall News Messenger are excited about partnering with Wiley College. I see this as just the first step in growing our community positively together.”

Wiley College Chairperson and Assistant Professor of Mass Communications Natalie Hill said this her first semester to teach at the university and she is so grateful for the radio production class within her school of study that students are allowed to learn.

“I have some mass communications majors that are interested in doing radio professionally, so this class is a great benefit to them,” Hill said. “The radio station and the class are such great tools for learning. The students have learned how to record the opening for the Community Conversations show — they take that video and edit the audio for radio. They also edit all of the audio and broadcast their own shows on the station.”

Hill said the student DJs select their own music to air during their shows and also host broadcasts for the weekly Chapel service. The station’s General Manager Nick Strong broadcasts the university sporting events for the station.

Hill said there are currently five upperclassmen students in the radio production course and she expects the program to continue to grow.

“This is so important for the students, to have this hands on experience and actually have them making their own decisions on the air and learning the key components of engaging students and listeners, this is just such an important tool for them to have,” Hill said. “This gives them a voice to be heard and it’s also a great resume builder.”

One of those students is Lydia Brown, who is no stranger to the radio waves.

“My family in Lake Charles, Louisiana has ran a radio station for many, many years,” Brown said. “Radio broadcast and acting is in my blood.”

Brown hosts her own morning show on the university’s radio station.

“I have an 8 a.m. morning show and I read a scripture to get the morning started and then we have worship and a devotion,” Brown said. “I also speak about the weather and I cover local news, which I often get from the local newspaper. Sometimes I also host interviews with school organization and club members and presidents. My show is just all about positive vibes. We just share praises, scriptures, devotions and just want to have a positive impact as people start their day.”

While Brown said she didn’t select Wiley College specifically because of the radio station on campus, she is very grateful for the opportunity and the experience.

“I have a background in public speaking and radio has always been a love for me,” she said. “Since the third grade I knew I loved being on the radio and I always keep coming back to it. I would love to continue to be on the radio as I continue my professional career. The microphone is powerful and when I’m on the mic, I try to always say something profound and something to empower and entertain listeners. I want to make a lasting impression in a positive way.”