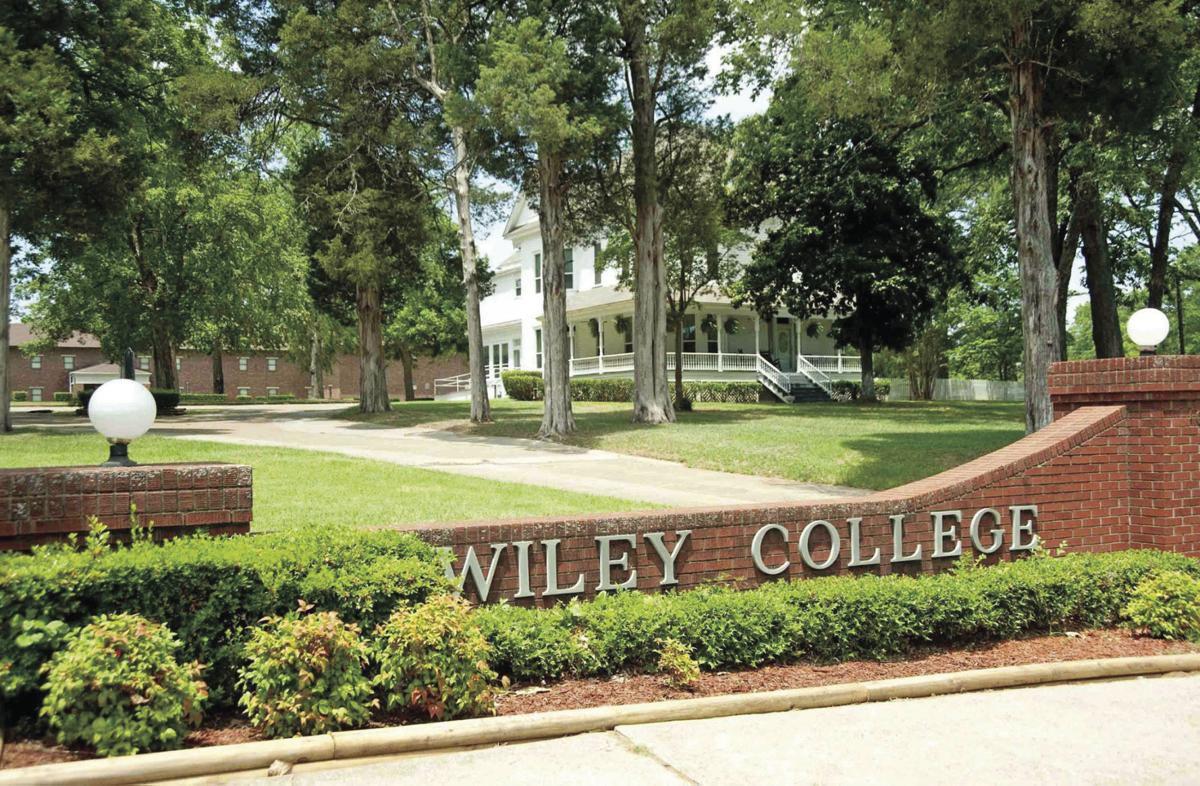 Wiley College was received several sanctions from the Southern Association of Colleges and Schools Commission on Colleges and has been placed on warning with one year to correct the outlined issues. 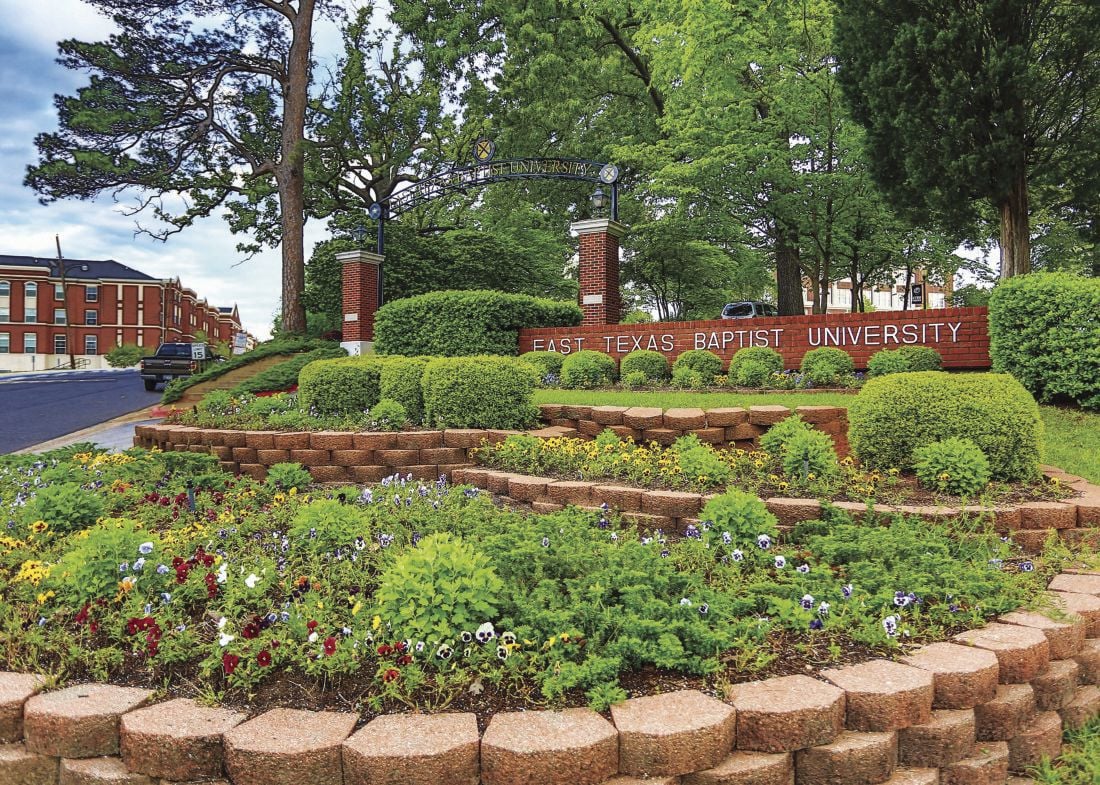 East Texas Baptist University was recently reviewed for accreditation by the Southern Association of Colleges and Schools Commission on Colleges and was found to be in full compliance.

Wiley College was received several sanctions from the Southern Association of Colleges and Schools Commission on Colleges and has been placed on warning with one year to correct the outlined issues.

East Texas Baptist University was recently reviewed for accreditation by the Southern Association of Colleges and Schools Commission on Colleges and was found to be in full compliance.

East Texas colleges and universities were recently reviewed by the accreditation agency that monitors higher learning institutions in the southern states, including Texas, and one Marshall university has been placed on warning as a result while another met full compliance.

The Southern Association of Colleges and Schools Commission on Colleges (SACSCOC) is an accrediting agency that reviews southern schools every 10 years, most recently earlier this month.

As a result of its review, Wiley College in Marshall has been placed on warning after receiving five sanctions in areas regarding its administration’s qualifications, student outcomes and finances, SACSCOC Public Relations and Data Specialist Janea Johnson said on Monday.

Wiley College, an Historically Black College and University, was placed on warning and has one year to address the following issues to clear the sanctions and retain its accreditation.

“This is their first time to receive sanctions or be placed on warning,” Johnson said Monday. “They have 12 months to address the noted standards and core requirements they were sanctioned on and it’s an all or nothing. They must resolve each of the five areas.”

Johnson said Wiley College did not yet receive an on site visit from a SACSCOC committee.

Wiley College President Herman Felton Jr., hired to the university in 2018, said the university began an aggressive three year improvement plan that he expects to see pay off very soon, which will address the issues pointed out by the SACSCOC.

“For the previous 18 months, the college has methodically carried out a plan of process optimization and fiscal responsibility,” he said. “We have streamlined our operational processes, filled critical vacancies, began an aggressive recruiting and fundraising campaign, and worked to strengthen our fiscal posture. These measures are all a part of a three year fiscal and operational plan designed to exceed the standards and requirements set by the accrediting agency.”

Felton pointed out the university is not on probation and did not receive an onsite visit from the accrediting agency.

“While the college has been placed on warning, SACSCOC did not send a team to the campus to review the college, nor were we placed on probation,” he said. “I remain confident that this venerable institution will emerge from this period stronger than ever.”

Wiley College George Stiell, VP of Business and Finance specifically outlined the university’s plan of action for the next year.

“Dr. Felton and I arrived in March and April of 2018 respectively. Upon our arrival, we evaluated everything, developed a plan, and strategically made decisions designed to transform Wiley College into a financial, flexible institution of higher learning,” Stiell said on Monday. “We are currently in year two of the five year plan. So far, we have reduced salaries and eliminated programs generating annual savings in excess of $1 million. Our cash balance has increased and our accounts receivable and accounts payables balances have decreased — three positive trends. We have a lot of work to do but remain highly optimistic that we will exceed expectations.”

Stiell also said the college has made an aggressive move to amp up its recruiting efforts and they’re beginning to reap the benefits of their efforts.

“We are identifying new recruitment territories designed to expand Wiley College’s brand,” he said. “Creating partnerships with schools, school systems and organizations that have similar visions and goals. We are pre-identifying students by way of academic achievement and location that match Wiley College’s achievement goals. In fact, we have received more applications during the first quarter of this recruitment season than we received last year. In summary, we are excited yet laser focused. We are ultimately confident that the sanctions will be lifted in the very near future.”

ETBU received word from the SACSCOC that it was in compliance with all 75 standards and 25 policies to reaffirm accreditation with no recommendations, the university revealed on Monday.

“It is a rare occurrence for a school to have no recommendations,” ETBU Provost and Vice President for Academic Affairs Thomas Sanders said. “I want to express my sincere gratitude to God for this remarkable result. While our team worked incredibly hard and made wise decisions, the end result is surely the work of a mighty God. I am blessed to work with a president and a cabinet who supported the work of reaffirmation, without it, we could not carry out the mission of ETBU.”

“The process of seeking reaffirmation required support from every department on campus with individuals from every area writing responses and providing documentation over a three-year process,” Assistant Provost Emily Prevost said. “Though the process was at times overwhelming, it was so affirming to review every aspect of the University’s work and to be able to see details of each person’s work that contribute to our mission.”

“Following years of preparation, including planning meetings, training workshops, effectiveness review sessions, policy/procedure evaluations, volumes of writing, continual edits, and prayer—much prayer, we are grateful to God for the blessing of reaffirmation that we worked so hard to achieve,” ETBU President J. Blair Blackburn said. “We acknowledge and appreciate the important work of our peers in higher education to support our commitment to the Gospel mission for which God founded this institution in 1912 and for which He compels us to carry forth today and tomorrow.”

Texas State Technical College in Marshall is in the process of sending the official summary of its recent review by the SACSCOC to the News Messenger.