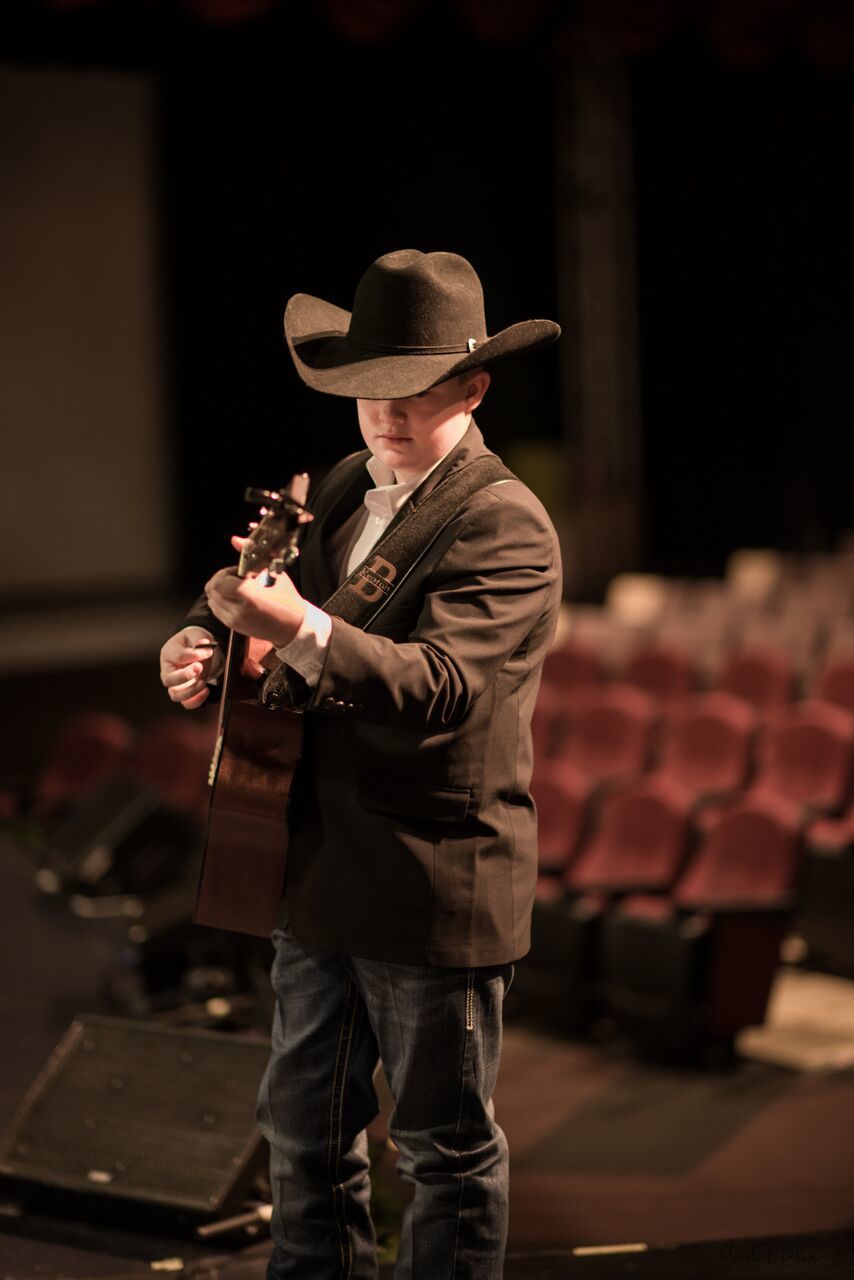 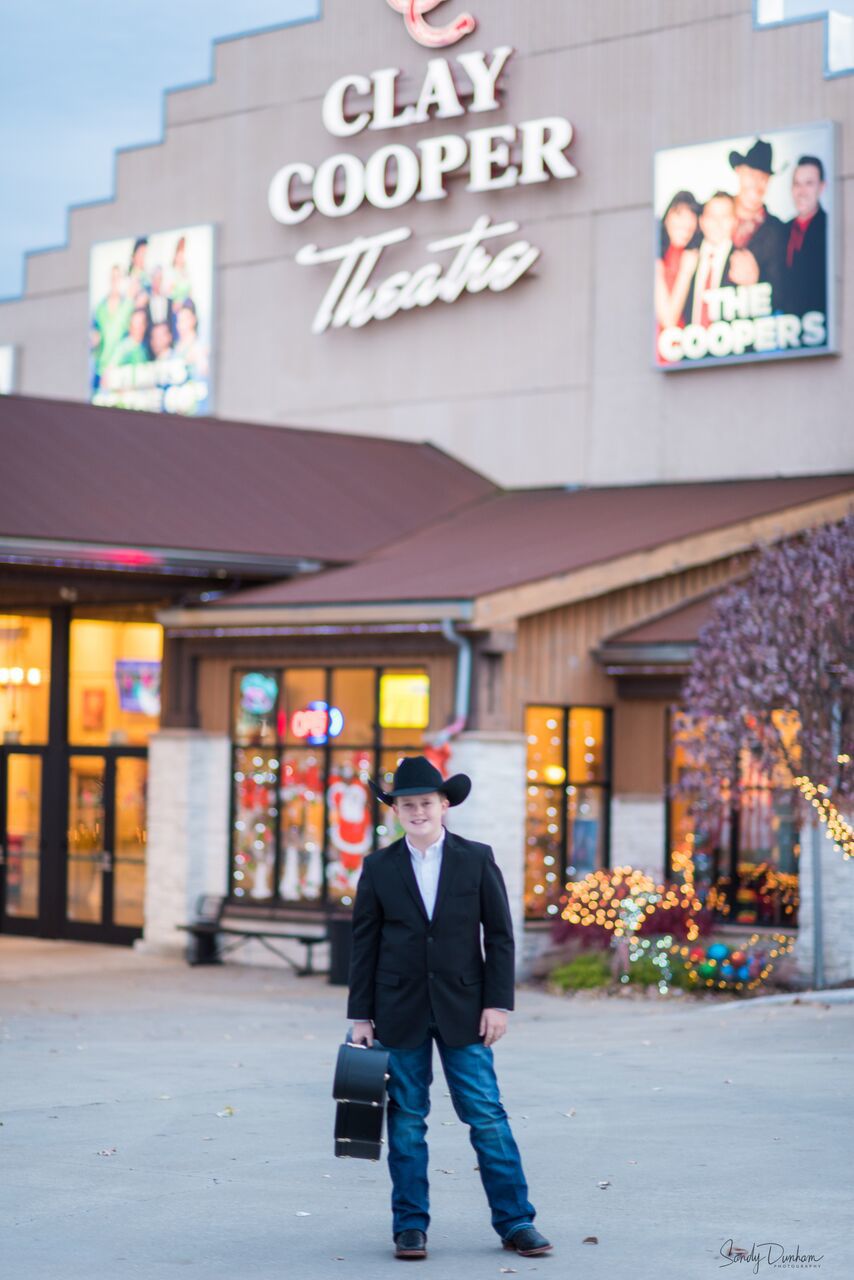 Keaton Bradbury posed outside of Clay Cooper Theatre before his performance Nov. 20. 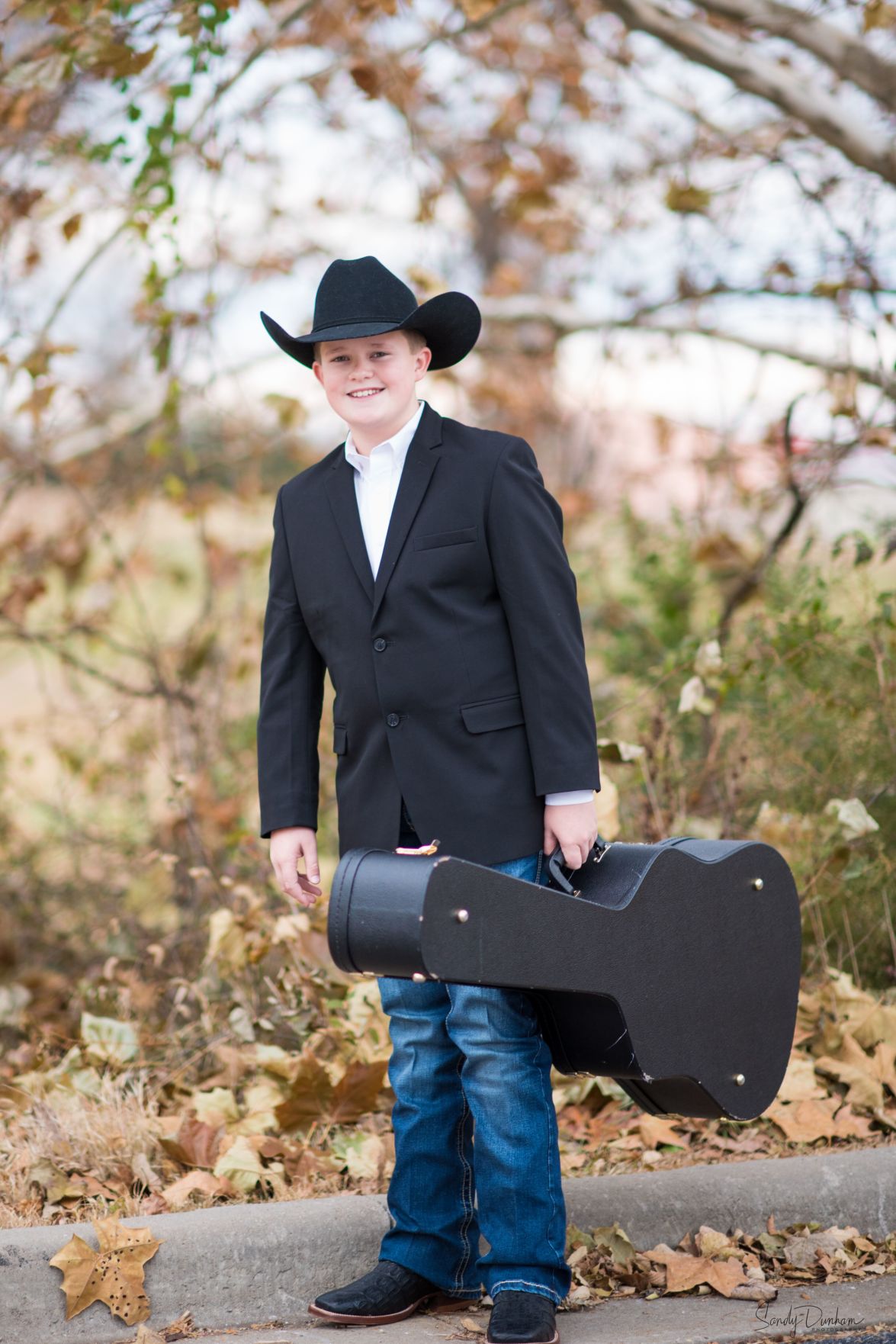 11 year old Keaton Bradbury poses with his guitar. Bradbury has been performing music since he was six years old.

Keaton Bradbury posed outside of Clay Cooper Theatre before his performance Nov. 20.

11 year old Keaton Bradbury poses with his guitar. Bradbury has been performing music since he was six years old.

Eleven-year-old country musician Keaton Bradbury, of Marshall, was the opening act at Clay Cooper Theater in Branson Missouri this week.

He traveled to the concert with his family and band Nov. 20 where he played six songs for the audience including “Cotton Field” and “Today I Started Loving You Again”.

Bradbury said that this is one of the largest shows he has ever played, and he loved to travel to perform.

“There is so much more that goes into it when you travel with a band,” Bradbury said. “It was really great.”

He has been playing music since he was 6 years old, and credits his musical talents to his 92 year old great grandfather who is also a talented musician.

“My grandma bought me a guitar for Christmas when I was in Kindergarten and got me into lessons, and I have been playing ever since,” Bradbury said.

Bradbury said that he owes his musical success to his grandmother and manager, whom he calls his nana-ger, who not only got him into music but also organizes his shows.

“I really owe all of this to her,” Bradbury said.

Along with his most recent performance Bradbury has also finished in the top five at the 2019 Houston Livestock Rodeo Rockstar singing competition last March.

He was also selected the past two years, by way of auditions in front of judges, to perform in the John Ritter Tribute Showcase that is held at the Texas Country Music Hall of Fame in Carthage.

Bradbury has been performing at the Gladewater Opry, in Gladewater since he was 8 years old and has performed a number of events in Marshall including most recently at the FireAnt Festival street dance.

He said that he hopes to grow up to be both a country music performer and a rancher.

“It runs in my family, and it is what I love to do,” Bradbury said.