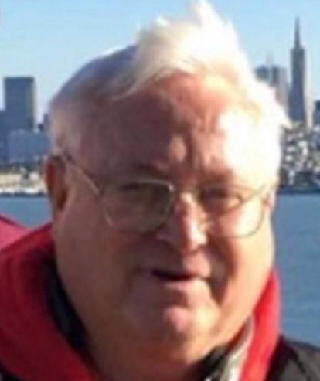 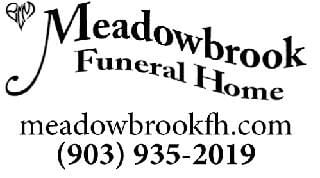 Funeral homes often submit obituaries as a service to the families they are assisting. However, we will be happy to accept obituaries from family members pending proper verification of the death.

Donald Ray “Donnie” Waldrop
MARSHALL — Beloved father, cherished grandfather and great-grandfather, treasured brother and friend, Donald Ray Waldrop, age 79, passed away on Tuesday, May 10, 2022 in Longview, Texas. He was born on January 14, 1943 in Marshall, Texas to John Wesley Waldrop and Maxine (Lunsford) Waldrop.
Donnie, affectionately known as “Waldo”, was preceded in death by his wife, JoAnn Vernon Waldrop, who passed away in 1989. Donnie and JoAnn were the loves of each other’s lives, marrying in 1961 in Marshall. He is also preceded in death by his parents, John Wesley and Maxine Waldrop and brother, Marvin Floyd Waldrop. He is survived by his children, Terri Waldrop Brown (Ross), Jeff Waldrop (Mindy) and Cheryl Waldrop Davis; grandchildren, Trenton Davis, Chelsea Reno (Scott) and Charla Waldrop; great-grandchildren, Audrey Reno, Aiden Reno, Keira Reno and Collin Reno; siblings, Betty Waldrop Nash and Bobby Waldrop, as well as many other family members and friends.
Donnie graduated from MISD in 1961 and attended Panola College. He then joined the U.S. Navy where he proudly served alongside his brother, Floyd. Waldo worked at Eastman Chemical in Longview, retiring after 32 years with the company. He enjoyed golfing, eating at buffets, going to the horse races with Jeff, playing dominos and spending time with his precious family. Donnie, also known as the “Road Runner”, had a love for travel. He loved taking cruises and traveling everywhere with Trenton. He was a faithful member of Friendship Baptist Church and belonged to the Wednesday Bible Study Group at Cypress Valley Bible Church. Donnie was well loved and will be deeply missed by all who knew him.
A time of visitation will be held on Saturday, May 14, 2022 from 5:00-7:00pm at Friendship Baptist Church. Funeral Service will be Sunday, May 15, 2022 at 2:00PM at Friendship Baptist Church with Bro. Matt Paul officiating. Serving as Pallbearers are Byron Waldrop, Duane Waldrop, Danny Vernon, Roy Vernon, Tate Wilkins, Pat Bailey, Scott Westmoreland and Ricky Walsh. Honorary Pallbearers are Harvey Vernon, Kenneth Toothman, Gerald Howard, Allen Clark and the members of the Wednesday Bible Study Group. Interment will be private at Colonial Gardens Cemetery.
In lieu of flowers, the family suggests donations to Mission Marshall, where Donnie volunteered: www.missionmarshall.org or P.O. Box 1601, Marshall, TX 75671. Online condolences may be offered at www.meadowbrookfh.com

Add an entry as

Keep it Clean. Please avoid obscene, vulgar, lewd, racist or sexually-oriented language.
PLEASE TURN OFF YOUR CAPS LOCK.
Don't Threaten. Threats of harming another person will not be tolerated.
Be Truthful. Don't knowingly lie about anyone or anything.
Be Nice. No racism, sexism or any sort of -ism that is degrading to another person.
Be Proactive. Use the 'Report' link on each comment to let us know of abusive posts.
Share with Us. We'd love to hear eyewitness accounts, the history behind an article.