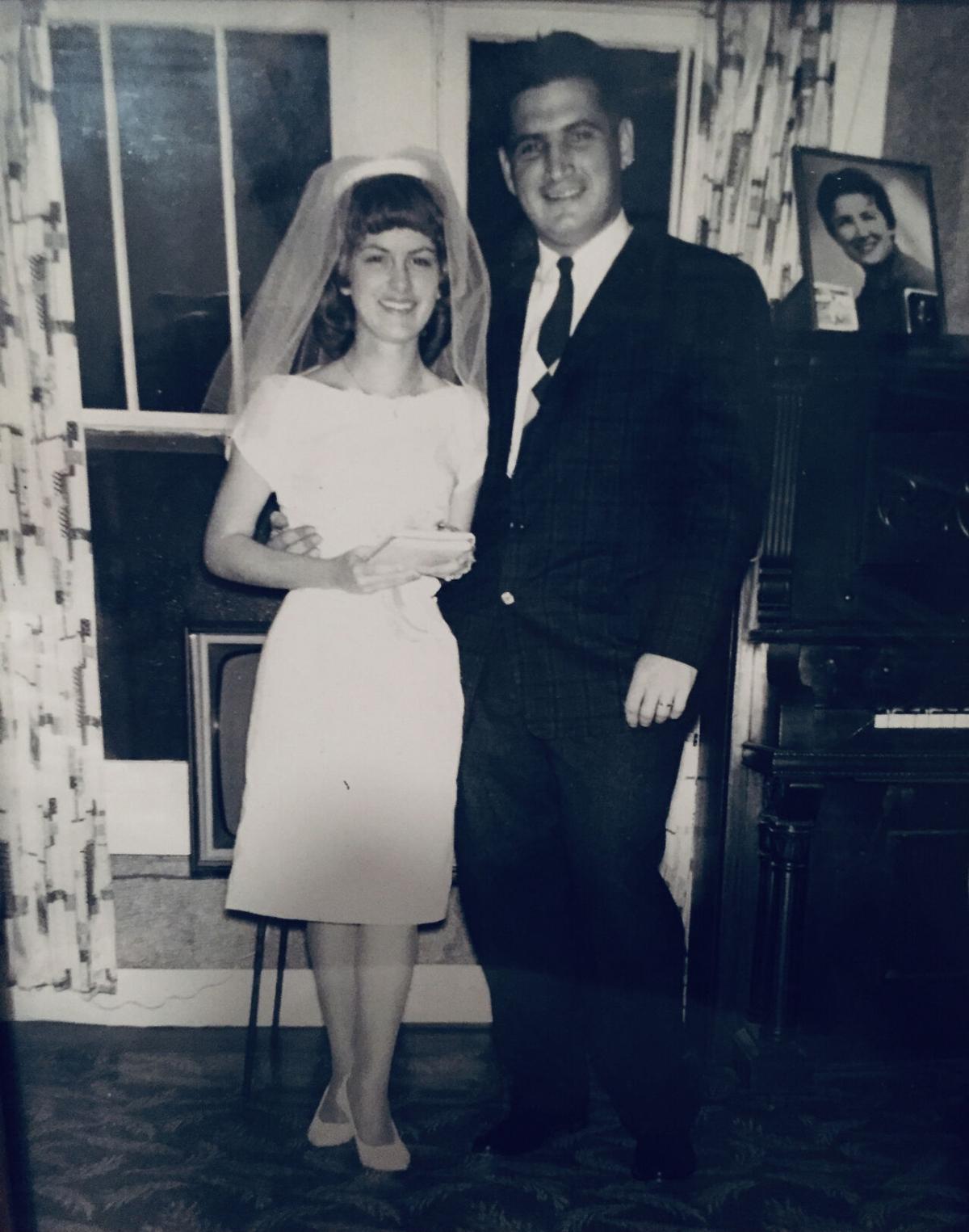 Columnist John Moore grew up when almost everyone’s mom sewed. Pictured is the pattern of his mother’s wedding dress. 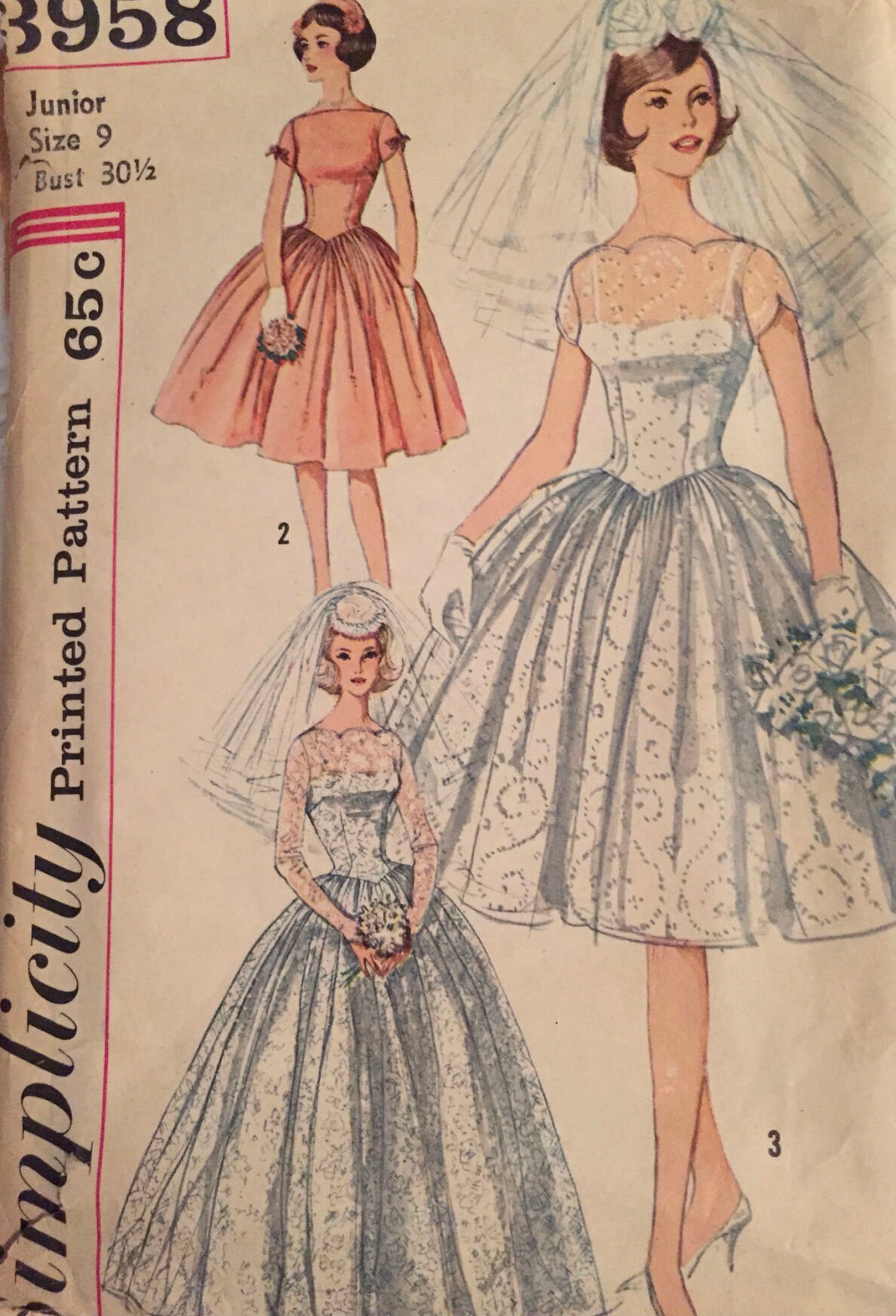 Columnist John Moore grew up when almost everyone’s mom sewed. Pictured is the pattern of his mother’s wedding dress and her wearing the dress in 1961.

Columnist John Moore grew up when almost everyone’s mom sewed. Pictured is the pattern of his mother’s wedding dress.

Columnist John Moore grew up when almost everyone’s mom sewed. Pictured is the pattern of his mother’s wedding dress and her wearing the dress in 1961.

My mom used to make our clothes. This was true for most families we knew.

It was the mid-60s, and the majority of moms stayed home. Only the dad worked. There was one income, so there weren’t a lot of extras. We had one car. We bought little and grew much of our food. Store-bought items weren’t the norm.

People who had mostly store-bought items were considered rich.

My mom had a Singer machine and Simplicity and McCall’s sewing patterns stacked high. She sewed a lot so that we had nice things to wear.

And she was great at it. I remember someone seeing a new shirt she’d made that I was wearing and them saying to my mom, “Mary, that’s pretty. It looks store-bought.”

The term, “store-bought” was high praise.

As a kid, I just assumed that every other kid’s mom made their clothes. They made pants, shirts, dresses, and more. In our family, the moms and grandmas all sewed.

Mostly, I remember my mom making me shirts. I wore jeans from Sears, so shirts were about all I needed. But she made a lot of dresses for my sister. Especially at Easter.

My dad’s mom also sewed. She made my mom’s wedding dress.

Sewing involves math and a ton of intuitiveness. I can’t even imagine the patience and skill it takes to measure a person and make a nice piece of clothing that precisely fits.

But, women did. And they did it often and they did it well. They did it because they wanted their family to look nice, but mostly because we didn’t have the money to buy something as nice as they could make.

Clothes became more affordable and families had the money to buy them.

By the late 70s, young people no longer were interested in learning the skill and sewing machines began to frequently appear at yard sales.

I married someone who not only learned to sew — she still does.

She made her daughter’s wedding dress, but clothing isn’t on her list of items to make that often.

An entire room of our house is filled with cabinets full of bolts of fabric, drawers full of thread, a cutting table, two sewing machines, and a large TV I installed for her (she likes to watch “Hometown” and “The Pioneer Woman” while she sews).

She and her church group make quilts for needy children.

My mom stopped sewing years ago, but she still has her machine and several patterns. This includes the 65-cent pattern my grandmother used to make my mom’s wedding dress.

During the pandemic, there were a number of news reports and social media posts from people who, possibly out of boredom or maybe curiosity, rediscovered some of the old skills.

Items such as cookware and Tupperware, sewing, and craft systems spiked in sales. People were stuck at home, so they learned something new.

Which was actually something old.

The pandemic taught our country a lot. Specifically, how much we had become reliant on China. From our medications to electronics, appliances, and clothing, we realized we had allowed ourselves to become vulnerable.

So, maybe something good will linger after this virus has gone the way of smallpox and the plague.

Maybe, we’ll have learned some of the ways of old. And maybe one day soon, the statement, “That looks store-bought!” will once again be a compliment.