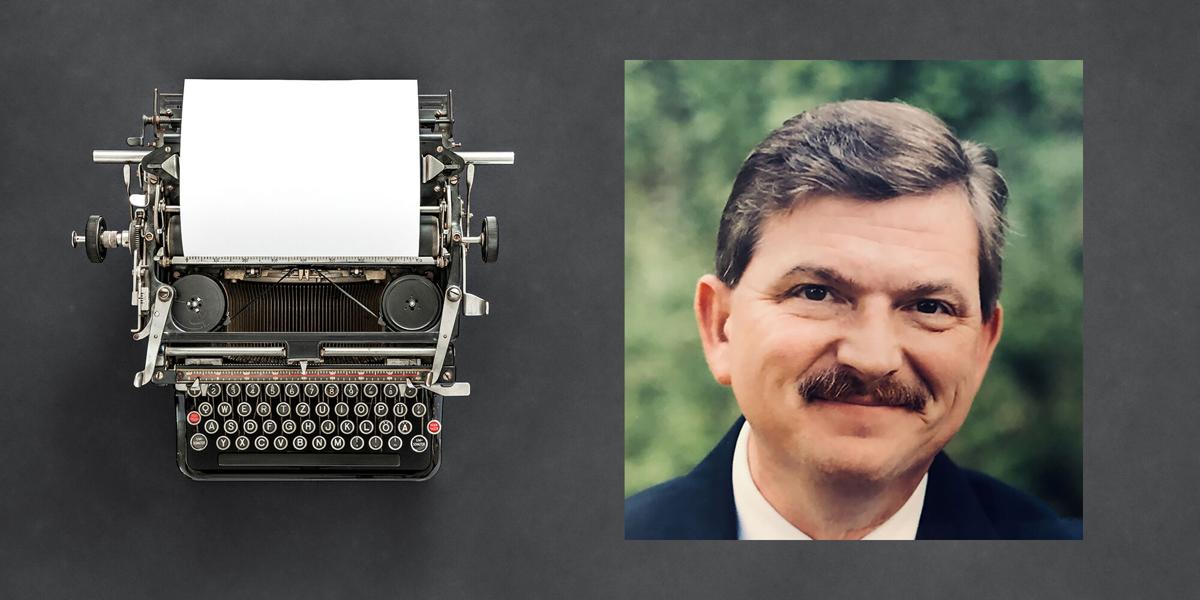 — John Moore is a Whitehouse resident. Email him at John@TheCountryWriter.com. To buy his book, “Write of Passage: A Southerner’s View of Then and Now Vol. 1 and Vol. 2,” or to listen to his weekly John G. Moore 5-Minute Podcast, visit www.TheCountryWriter.com. 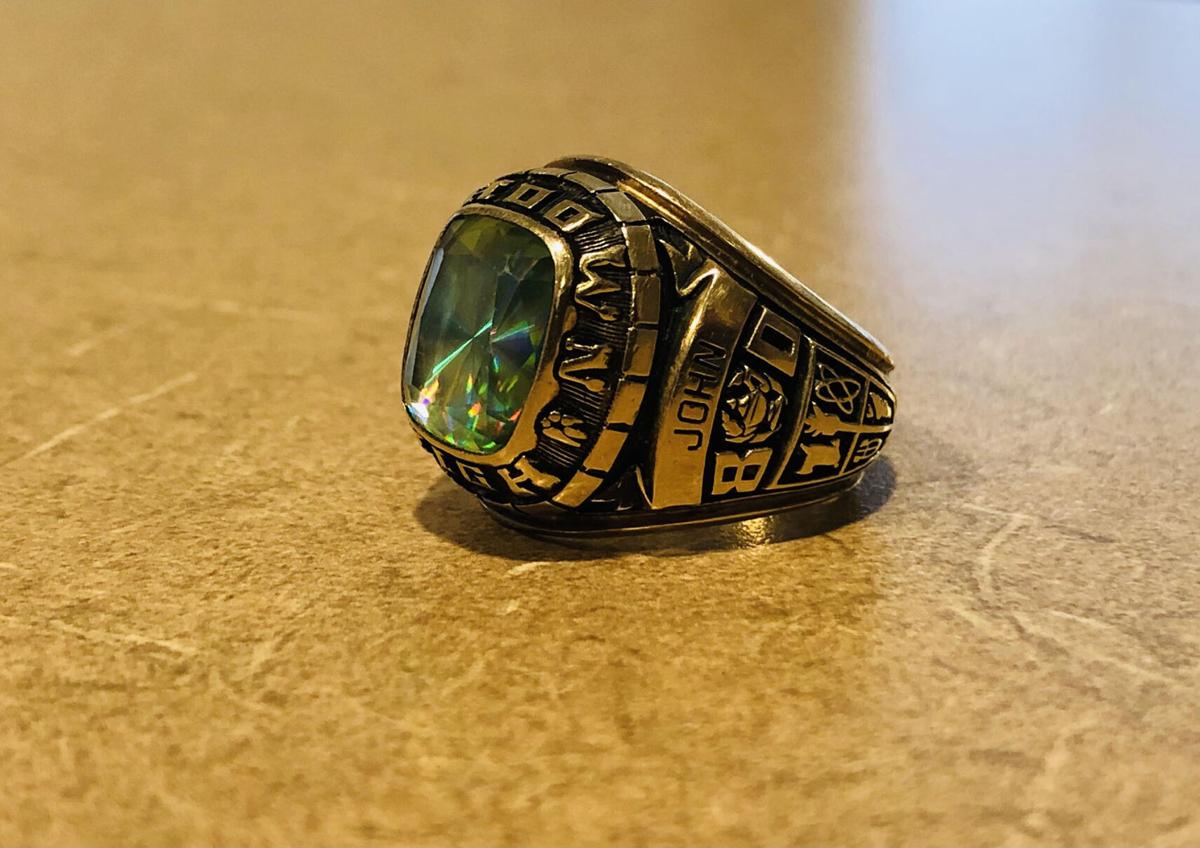 — John Moore is a Whitehouse resident. Email him at John@TheCountryWriter.com. To buy his book, “Write of Passage: A Southerner’s View of Then and Now Vol. 1 and Vol. 2,” or to listen to his weekly John G. Moore 5-Minute Podcast, visit www.TheCountryWriter.com.

Most of us have a box or other container where we keep items we feel are important enough to carry with us throughout our lives. Mine is a cardboard box. It includes things that might not mean much to others, but do to me.

I don’t see my life box very often. Most of the time, it sits on a shelf unless I’m looking for something that’s in it, I’m adding something to it, or we’re moving.

The last time we moved, I vowed we’d never move again, so since we weren’t in the middle of packing a U-Haul, it was kind of a surprise when I ran across the box. I was searching for something completely unrelated, and there it was, sitting on the top shelf of our bedroom closet, next to my CPAP supplies.

Yes, I live an exciting life.

As I always do whenever I run across my life box, I climbed down the ladder, blew the dust off the lid, and placed the box on a table to open it up and go through it.

You’d think after all these years I’d remember everything that’s in it, but I didn’t. I never do. So, it’s like getting the same gift over and over and being surprised.

As I rifled through the items, I remembered most. The pocket watch that belonged to my great grandfather. The craft project one of my sons made for me when he was in kindergarten. An ashtray and table lighter from a bad habit I used to have and when radio stations used to give away ashtrays and lighters.

I found a knife sharpener I bought at a chain store that’s been gone longer than many who are reading this have been alive.

I’d almost finished fishing through the box when I found something I had forgotten was in there. My high school class ring.

One of my grandfather’s prized possessions was his class ring. It symbolized a lot for him, but mostly, it represented what he had accomplished that most others in his family had not – he had completed high school.

Today, most consider high school just another check mark on the list of life. But in 1939, finishing high school was a big deal. Especially for a young man whose family fed themselves from the land and most had to quit school to put food on the table. Also, we were still battling the Great Depression. So, the fact that he was not only able to finish high school, but was able to afford to buy a ring says a lot about his determination.

That’s why the ring meant so much to my grandfather.

As I picked up my high school ring and inspected it, many memories came back. The first one was of the salesman sitting across the table from me, trying to sell me every little extra that he could charge for.

“You know we have actual precious stones available if you’d like to see the selection,” he said.

“I don’t think so,” I responded. “I’m just looking for something basic. I didn’t even really want a ring, but my mom said one day it will mean something to me.”

He paused for a second and put the list of precious stones back in his bag and looked at me.

I wasn’t really interested in the extras he was trying to sell me, but one thing did grab me. He told me that I could write my name on a piece of paper and a new computer device could copy it exactly and they could engrave it on the inside of the ring.

I don’t remember exactly how much extra the signature cost, but I did order it. It was a decision that proved to be worth the money.

Shortly after receiving my class ring, I gave it to my girlfriend to wear. Her fingers were a fraction of the size of mine, so she wrapped felt around it to keep it from coming off her hand.

Only it didn’t work. One day as we were driving down the street in front of the high school, she put her hand out of the passenger window and I heard the ring hit the pavement.

We pulled over and searched for a couple of hours, but we never found it. I had to go home and tell my mom that I’d lost my brand new class ring.

Years passed. One day, my mom called and said she had my class ring. A family who lived in one of the homes on the street where the ring had come off had found it in their yard one day when they were doing the lawn.

That ring had sat in the same spot for years, yet somehow managed to remain in great shape. When I got it back, I was surprised to see that there wasn’t a scratch on it.

The family who found it said it was easy to return because it had my name in it. A call to the high school with my name and graduation year sent them directly to my mom.

I had long since moved away and married, so I was glad my parents still lived there.

As I began putting things back into my life box, I gave them each one last look. When I got to my class ring, I kept it out. The box went back on the closet shelf, but the ring went on my finger.

I’m not a big jewelry guy, but suddenly, my high school class ring meant something to me. More than the previous times I’d found it in my life box.

When I get ready to leave each morning, I put it on my finger and think of my grandfather, a pushy ring salesman, and my mom. Who was right. One day, that ring did mean something to me.

To send John a message, buy his books, Write of Passage: A Southerner’s View of Then and Now Vol. 1 and Vol. 2, or listen to his Weekly 5-Minute Podcast, visit his website at TheCountryWriter.com.