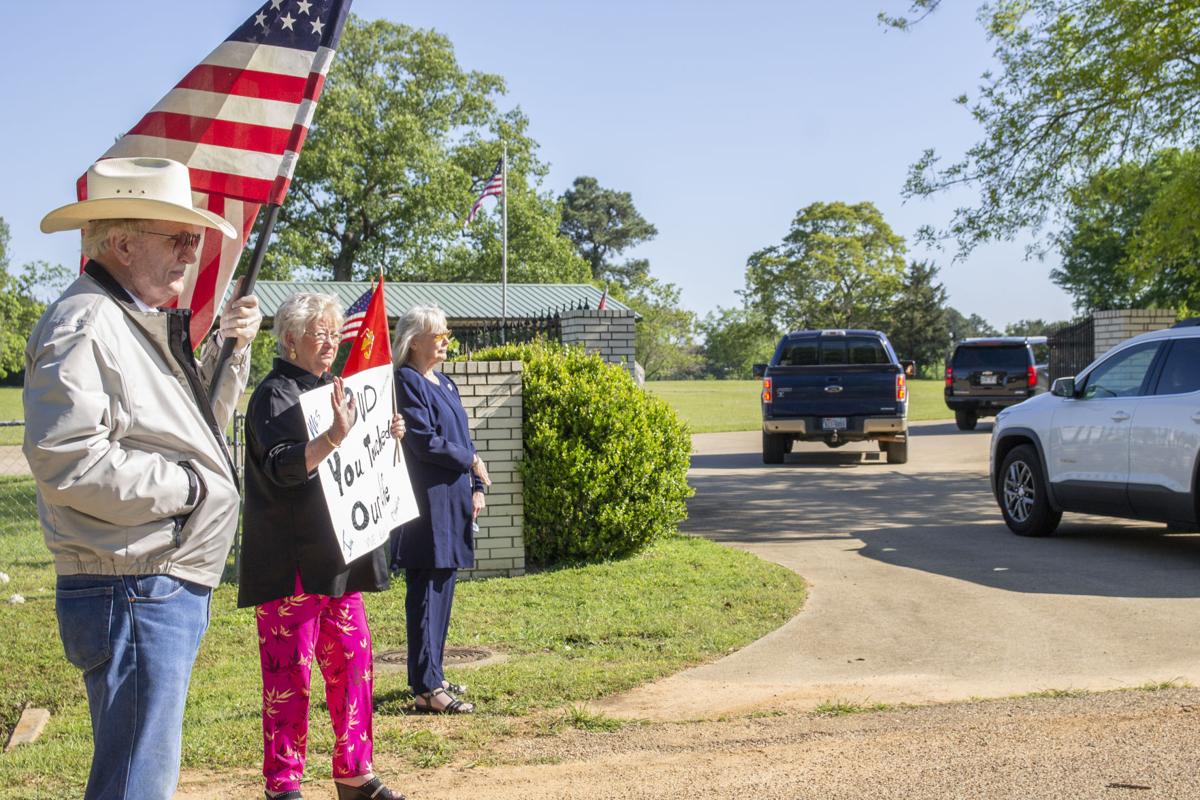 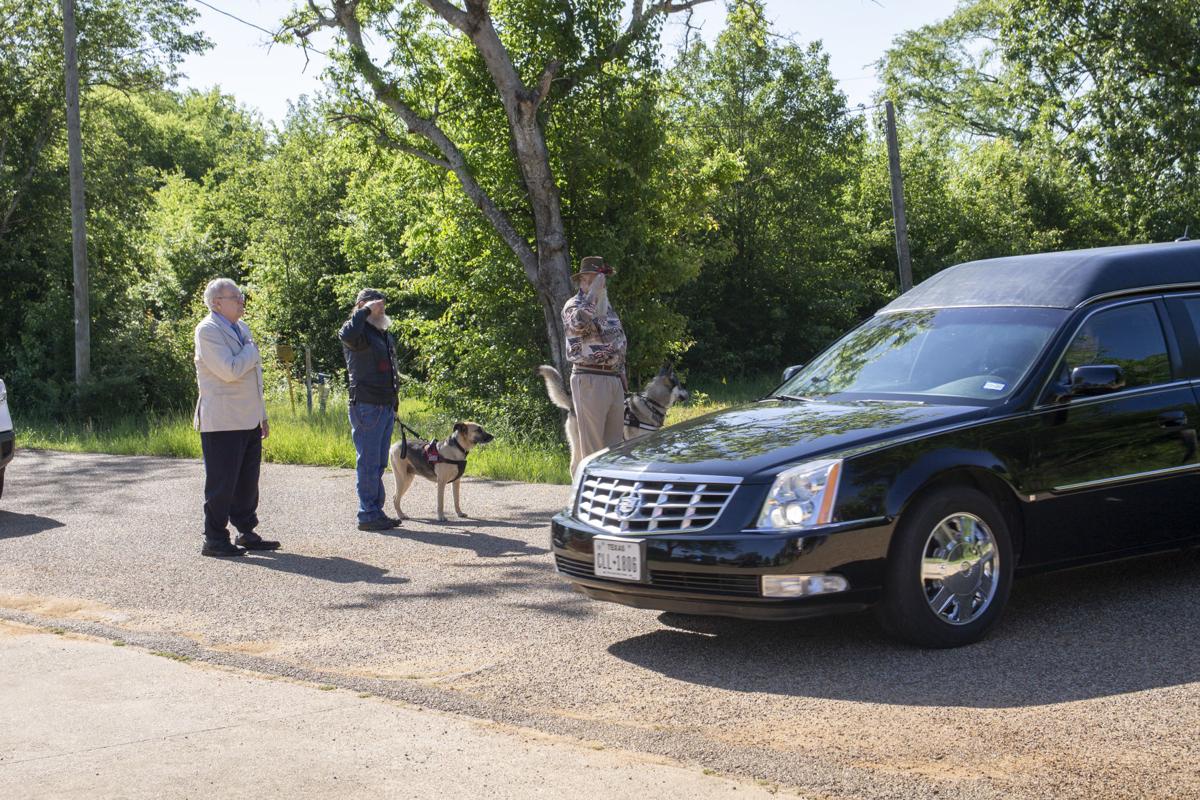 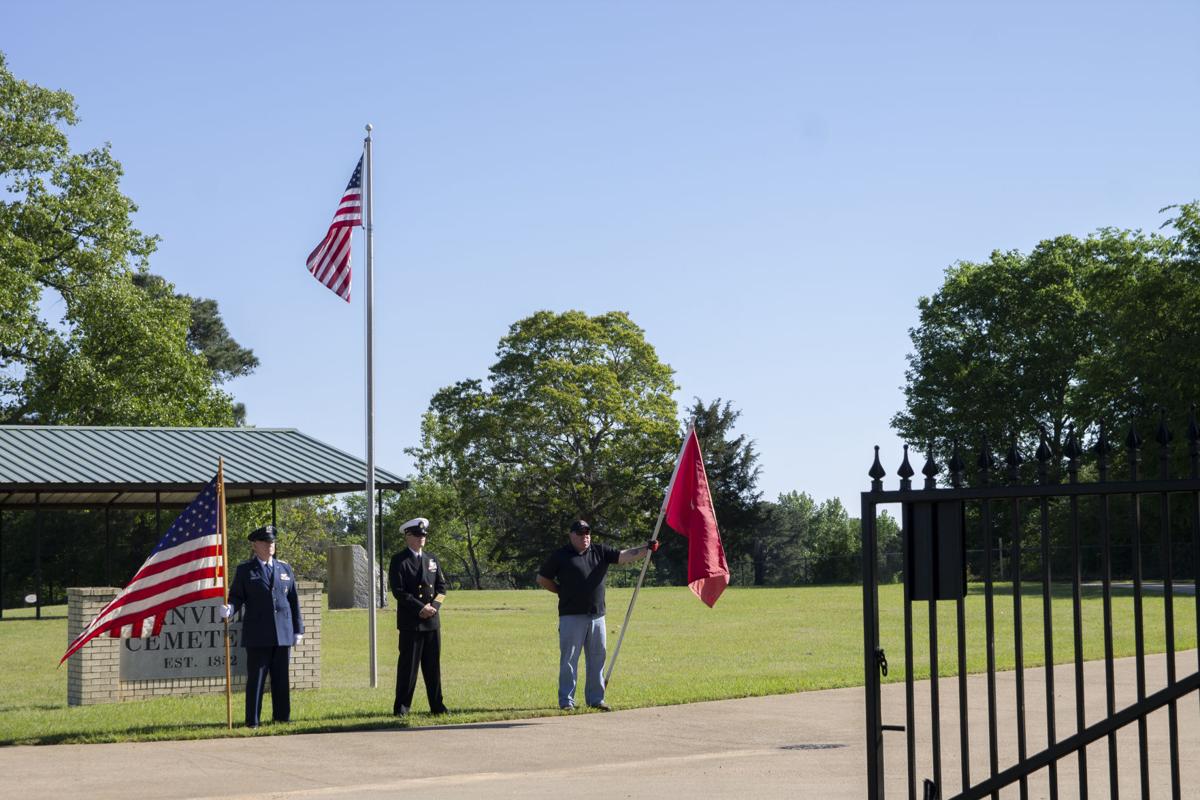 On Thursday, dozens of mourners lined up on Stone Road in Kilgore and at the entrance of Danville Cemetery to pay their final respects to Bro. Buddy Duggins of Forest Home Baptist Church, who passed away Sunday after delivering his Easter Sermon.

Duggins had just concluded preaching the Easter sermon when he reportedly felt unwell and an ambulance was called, according to church members. Duggins was taken to Christus Good Shepherd for treatment but ultimately died of a heart attack.

Duggins, who turned 81 last September, was involved in the ministry over 55 years. He preached over 450 revivals in 10 states and has had over 50 sermons published. He was also on the program three times at the Texas Evangelism Conference, and preached at the Arkansas State Pastor’s Conference. He was a Marine veteran, pastor at FHBC for more than 30 years and worked in the ministry for 55 years.

FHBC Minister of Music Mark Fried commented on the death of his pastor and friend.

“Bro. Duggins preached with a passion for souls and great encouragement for the saints. He traveled an unusual path as his wife battled Non-Hodgkin’s Lymphoma since 1990. She passed away just two months ago. With a heart of greatest compassion, he came to the pulpit prepared and delivered a sure, powerful, and good word from God. Over the past 27 years, Bro. Buddy and I had the privilege of holding over 150 revivals and one-day crusades together. He was not just my Pastor, he was my dear friend,” Fried said.

At the conclusion of his Easter sermon, Duggins spoke about the loss of his wife just two months ago, saying he believed God wanted him to use his time on earth to preach the gospel.

“The answer has come to my heart,” Duggins said after telling the congregation he struggled to understand why his wife had died before him.

The answer, he said, came after he prayed.

“I’ve left you here to do nothing more than to preach the gospel of Jesus Christ that you’ve been preaching for 55 years.”

Those who gathered to pay their final respects to Duggins included members of his congregation, fellow service members and locals. The graveside service was limited to immediate family members to follow social distancing guidelines.