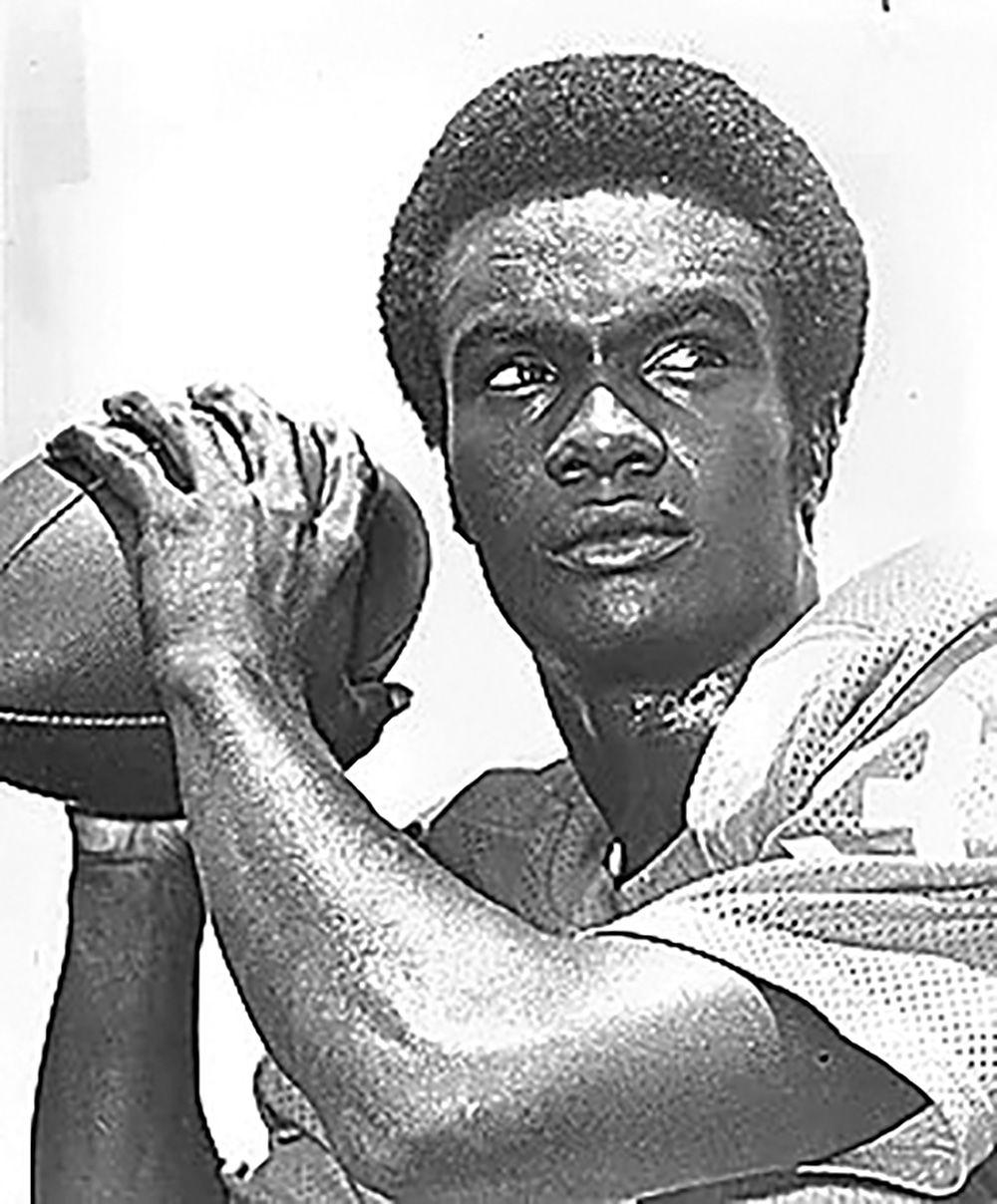 D.C. Nobles, one of many subjects in the book “Black Man in the Huddle” by author Robert Jacobus, became the first black quarterback at the University of Houston in 1970. 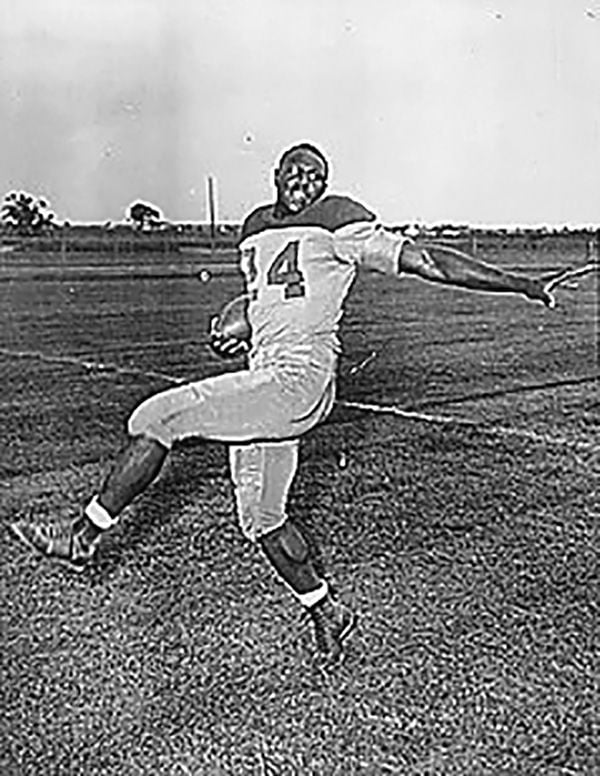 John Payton of Livingston attended Prairie View and went on to become a high school and college coach. 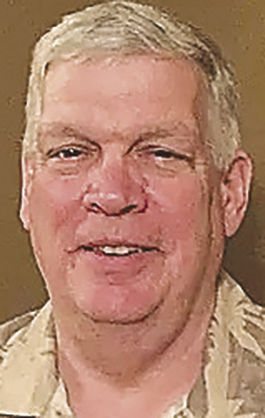 D.C. Nobles, one of many subjects in the book “Black Man in the Huddle” by author Robert Jacobus, became the first black quarterback at the University of Houston in 1970.

John Payton of Livingston attended Prairie View and went on to become a high school and college coach.

As high school football gets deeper in the playoffs, the number of teams with state championship aspirations thins out while other teams continue to look to make history, history that we may one day read about 50 or 60 years down the road.

There’s no telling how much will change in the decades ahead but a lot has changed in the last several decades, particularly when it comes to segregation and other racial issues.

Through his book, “Black Man in the Huddle,” Robert Jacobus, an adjunct history professor at Stephen F. Austin State University gives readers a taste of what it was like for young black men growing up in a time of segregation and what it was like to be the only black athlete on a football team in Texas.

“It’s a story that hadn’t been told with the integration pioneers,” Jacobus said when asked what inspired him to write the book. “Pretty much all the white newspapers, especially in East Texas, they didn’t report on the black players or the games from the black high schools with the PVIL and everything. Even when they integrated, it wasn’t reported on that much and because it wasn’t reported on a whole lot, I decided to go with the oral history because that’s really the only way I could get the information I needed and part of it was it’s a tribute to these guys who are integration pioneers. Sadly, they’re going to be forgotten pretty soon because a lot of them are passing away.

“Earlier, I was looking up some guys who aren’t too far from Marshall who are in the book and the oldest guy I interviewed for the book just passed away in August,” he continued. “He was 98 years old. His name was Ralph Allen and he’s in chapter two. He grew up in Lufkin and went to Texas College in Tyler. He taught and coached in a lot of East Texas towns and he just passed away at age 98 and nobody really knows his story.

“Another reason I wrote the book was I went to high school in the early-to-mid ‘70s and I didn’t even realize that schools had been segregated like five or six years before,” Jacobus added. “Then I got to thinking about it years later and the whole thing is kind of stupid because I didn’t encounter that or anything growing up. I got interested in looking at why we have white schools. Why do we have black schools? In some towns we have schools for Hispanic kids. So we have three different schools. It’s crazy.”

Jacobus began writing the book in March of 2015 and finished his rough draft in just under two years.

“That was half the battle,” he explained. “Then I had to get peer reviews, proof read and edited and all that took as long as it did for me to write it. I got it done fairly fast considering I interviewed about 240 people.”

So far, the reviews have been good.

The book tells several people’s stories about overcoming racism and to play high school or college football and being part of a team.

“There is a pretty good story that gives an example of how the races were pretty much kept separate in towns, especially in East Texas,” the author stated. “You always hear about growing up across the tracks and everything, well the first year of integration in high school was in 1955 when black players started playing.

“There was a young man playing for San Saba High School. His name was Williams Storms. When they went to play Rockdale High School, Rockdale canceled the game because San Saba had William Storms on the team. There were several other cancellations of games around the state but what’s interesting about that one is Rockdale’s white high school was horrible. They won one game all year and weren’t very good but the black high school in Rockdale, which was Aycock High School, they won state in football and basketball in the PVIL. They were a powerhouse. I talked to some of the guys who played for that Aycock team and they had no idea that the white high school canceled that game and this was about 60 years after it happened. So again, it kind of shows how the races were kept separate and how news from the white side of town didn’t get to the black side of town. It kind of reinforced the way things were back then.”

Jacobus also interviewed D.C. Nobles who became the first black quarterback at the University of Houston in 1970.

“D.C. Nobles told me that he lost one game in high school,” he said. “The last two years that his school was with the PVIL when he was a freshman and sophomore, they won state and went undefeated. Then they went to state finals in ’68, the first year they were with the UIL but they lost 7-6 to Daingerfield in the finals. Then the next year when he was a senior, they tied in the semifinals. Back then, the winning team would advance on penetrations and I think they tied 22 all against Klein. So he lost one game in four years and like I said, he went to be the first black quarterback at University of Houston. He was a pretty good one. He was one of the integration pioneers.”

Jacobus added it’s been rewarding to meet the players he wrote about, along with their families.

“If you open up the first few pages of the book, there’s a picture of a running back named John Payton. He was from Livingston and went to Prairie View and became a pretty good high school and college coach,” he said. “Sadly, he passed away last year but I had been to his house and interviewed him a few times and when I went to present the book to his wife back in August, she was just so touched and so happy about it that her husband was remembered. That’s probably been the most satisfying thing.

“Another guy who ended up being a good friend of mine was a big time coach up in Lubbock for 30 years, his name was Louis Kelly, and he integrated Cisco College in Cisco College back in 1956 and passed away at the end of September,” Jacobus concluded. “I was in that area for a book signing in Abilene so I went to Lubbock for the funeral and I was able to get a couple of copies of the book to his family. They were very happy to get a copy. So that’s probably been the most satisfying thing. These guys and their families appreciate it and they’re going to be remembered.”

The book can be purchased on Amazon or through his website, www.robertdjacobus.com. It can also be found at various bookstores.