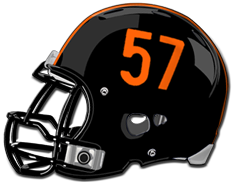 During the next 30 days, we will be spotlighting teams ranked in the preseason #bEASTTexas Fabulous 15 for the 2022 season. The series starts today with the No. 15 team in the Class 3A/2A/TAPPS poll: the DeKalb Bears.

DeKalb is coming off of its best season since 2011, going 8-4 and reaching the playoffs in 2021 for the first time since 2016. With 16 total starters back, the Bears will look to build on last season’s success and will start the 2022 season ranked No. 15 in the #bEASTTexas Fabulous 15.

Poll history: DeKalb is in the #bEASTTexas Fabulous 15 poll for just the third time since its inception in 2019. DeKalb was ranked No. 14 for two consecutive weeks in that 2019 season, but had gone unranked for 30 consecutive polls until earning a preseason nod this year.

That dude: Winky Williams. The 6-3, 185-pound running back/safety enters his junior season after rushing for 1,875 yards and 22 touchdowns on 196 carries and adding 100 tackles and three interceptions on defense.

NOTE: For more on DeKalb and other East Texas high school football programs, check out The Zone magazine, which is scheduled to release on Aug. 21 inside the Tyler Morning Telegraph and Longview News-Journal.