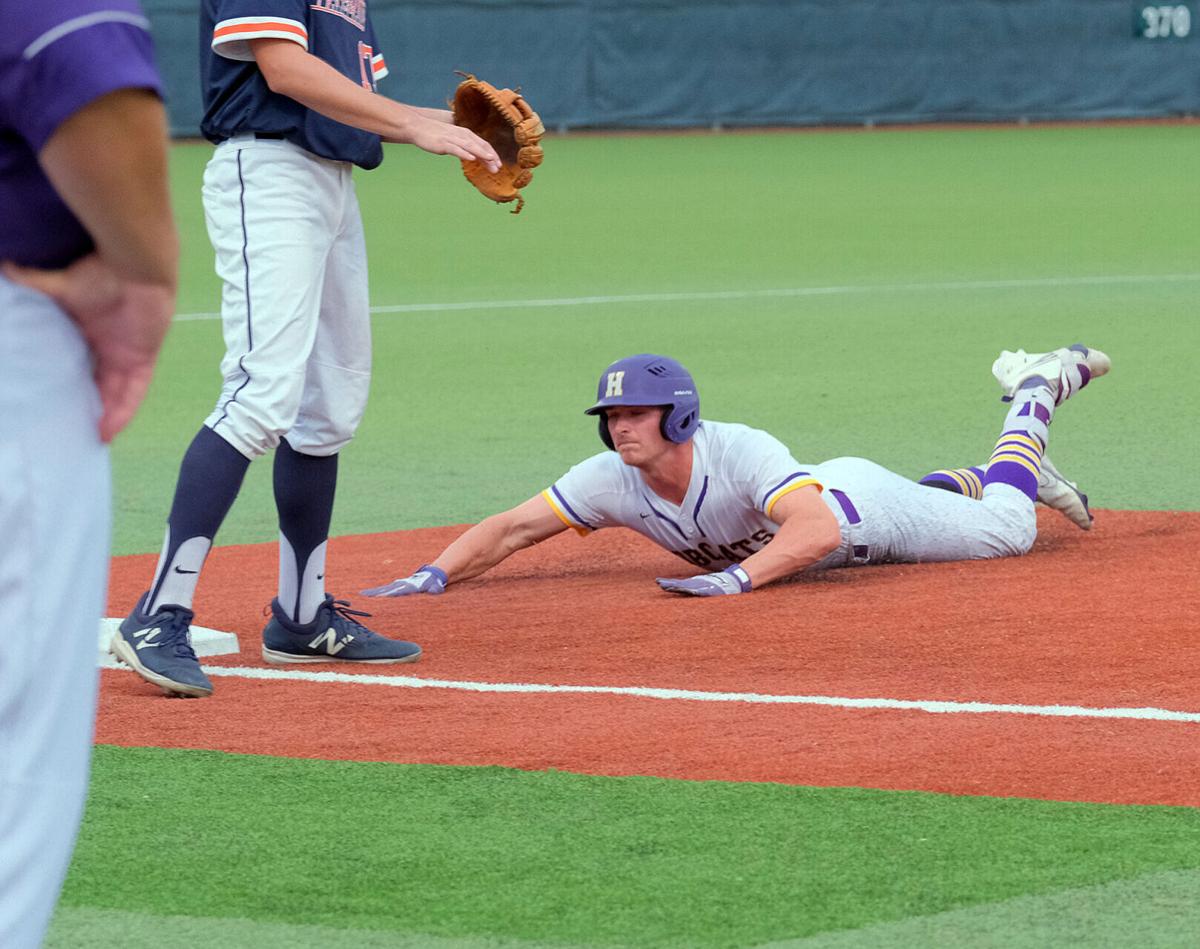 Hallsville’s Tyler Lee dives safely into third base during last week’s game against Wakeland in Tyler. 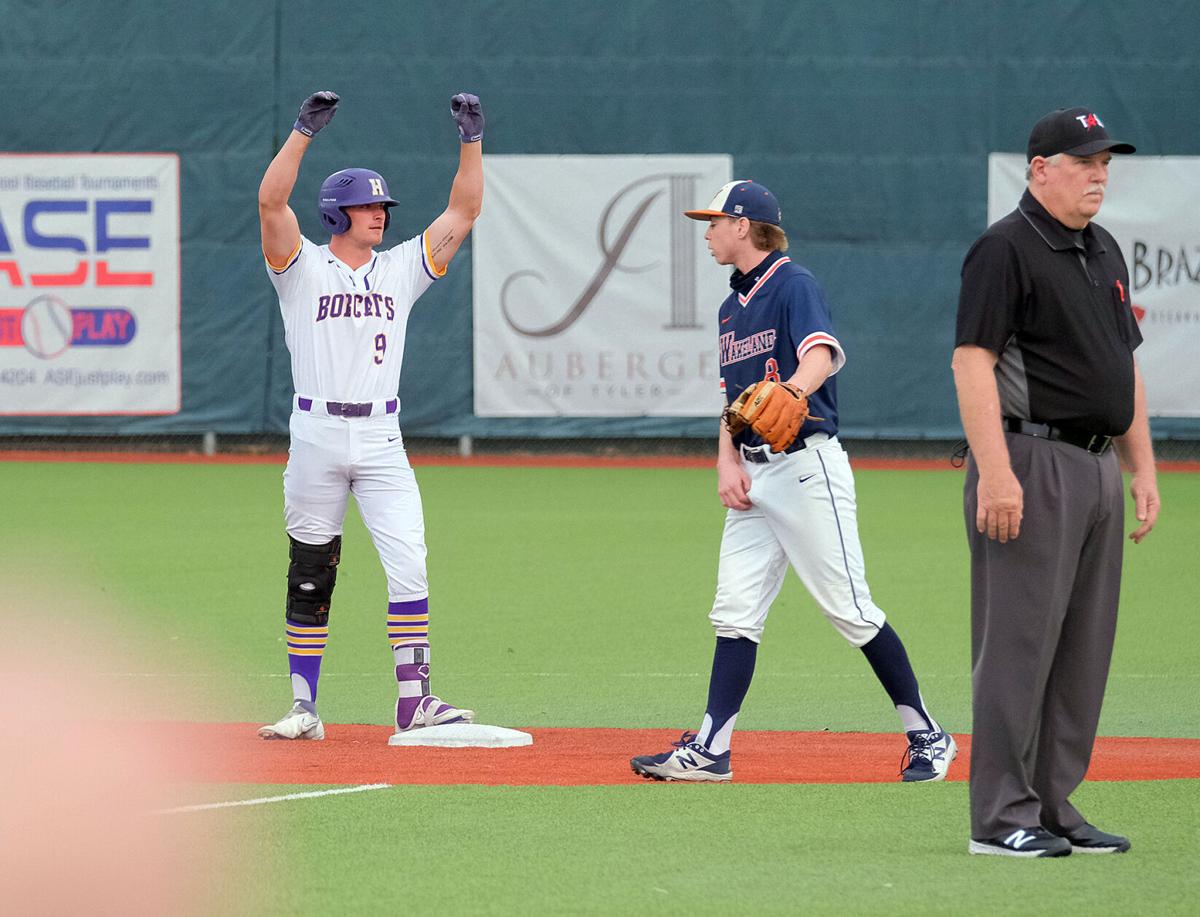 Hallsville’s Tyler Lee celebrates his double during Thursday’s game against Wakeland in Tyler. 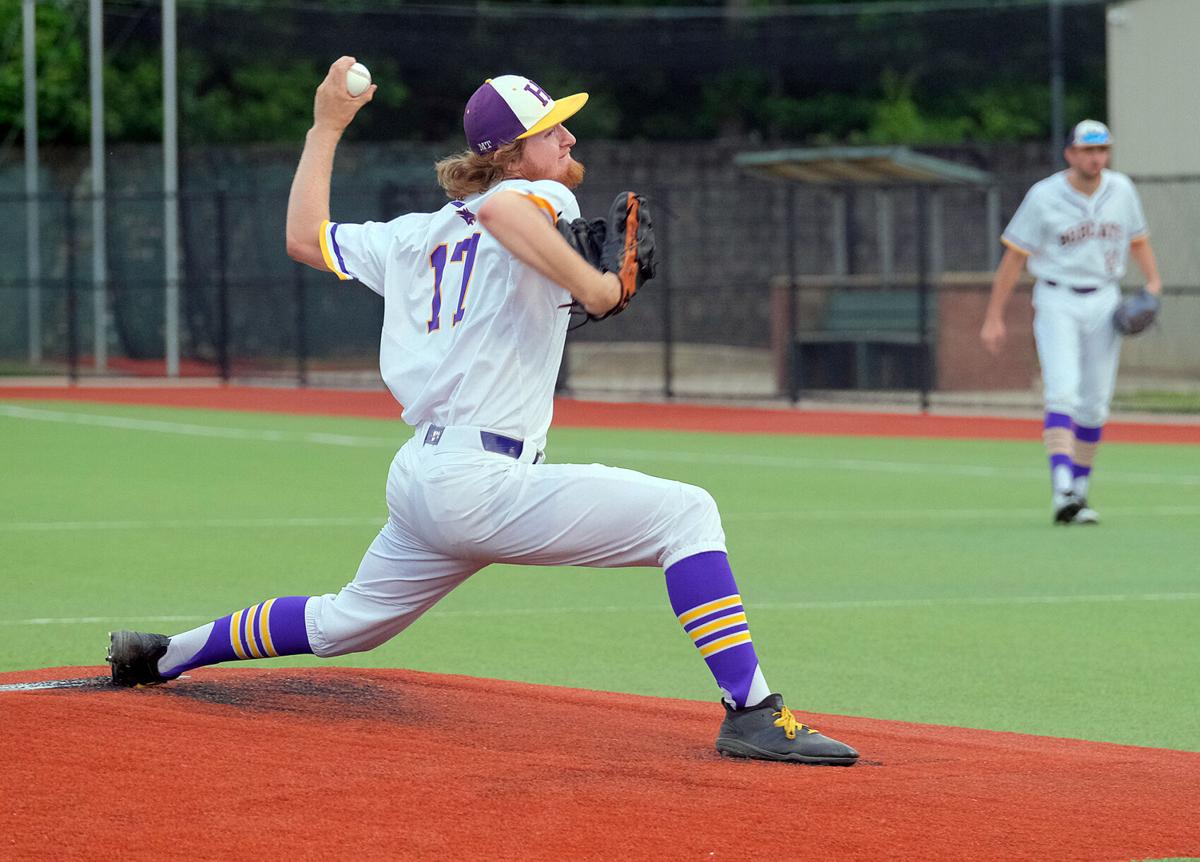 Hallsville’s Tyler Lee dives safely into third base during last week’s game against Wakeland in Tyler.

Hallsville’s Tyler Lee celebrates his double during Thursday’s game against Wakeland in Tyler.

TYLER — Hallsville gave Jeb Drewery a three-run lead early, Drewery dominated for six innings on the mound and Brayden Hodges slammed the door as the Bobcats opened a Class 5A Region II regional championship series with a 3-1 win over the Frisco Wakeland Wolverines on Thursday at Mike Carter Field.

The Bobcats (31-8) moved to within one victory of a trip to the UIL State Baseball Tournament with Thursday’s win. Frisco Wakeland (33-11) will try to stay alive in the series tonight when the teams meet at 8 p.m. at Dallas Baptist University’s Horner Ballpark.

A third game, if needed, would be back at Horner Ballpark at 2 p.m. on Saturday.

Drewery (12-3) struck out eight, walked two and gave up one earned run on three hits in 6.1 innings of work on the mound. Hodges entered with one out in the top of the seventh and a man on second, and needed just five pitches to retire the next two Wolverine batters and end the game.

Brayden Walker and Tyler Lee had two hits apiece for Hallsville, with Lee driving in all three Bobcat runs. Conner Stewart had the other Bobcat hit.

After Drewery sat the Wolverines down in order in the top of the first, Hallsville’s bats went to work quickly in the bottom half.

Walker led off with a single, and Kurt Wyman reached on a bunt. Matt Houston followed with a walk to load the bases, and Lee cleared the bats with a double to centerfield.

Frisco Wakeland starter Luke Robertson sat the next three Bobcats down on strikes, but the damage was done.

Wakeland threatened in the third with a single, walk and sacrifice bunt to get two men in scoring position, but Drewery fanned the next two men.

In the fourth, Keegan Daniels reached on an two-out error, but Alex Cruz hit into a fielder’s choice to end the threat.

The first Wolverine batter in the top of the sixth was hit by a pitch, and Blake Morrow followed with a one-out single, but Preston Snead lined out to right and Dylan Snead was called out for failing to tag up on the play for an inning-ending double play.

Daniels walked and scored on Nick Miller’s one-out double in the top of the seventh to make it a 3-1 contest, but Hodges came in to relieve Drewery and got Jason Young on a first-pitch groundout before striking out Addison Brown to end the contest.