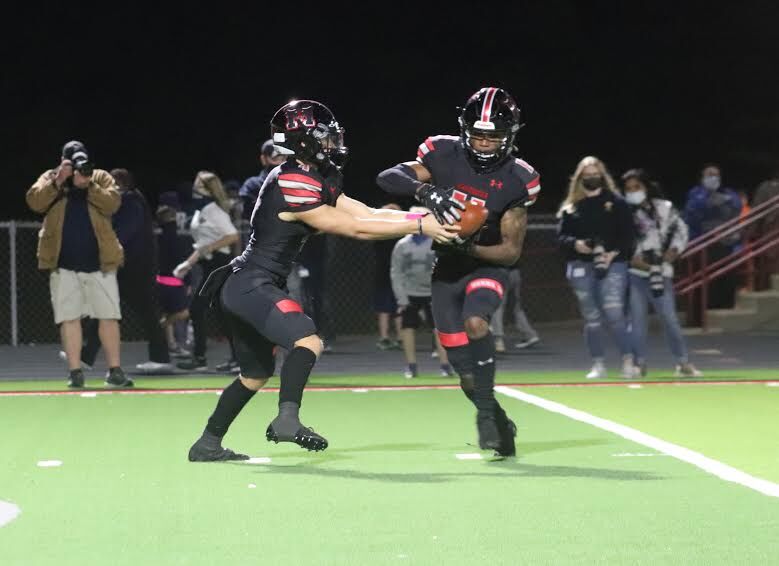 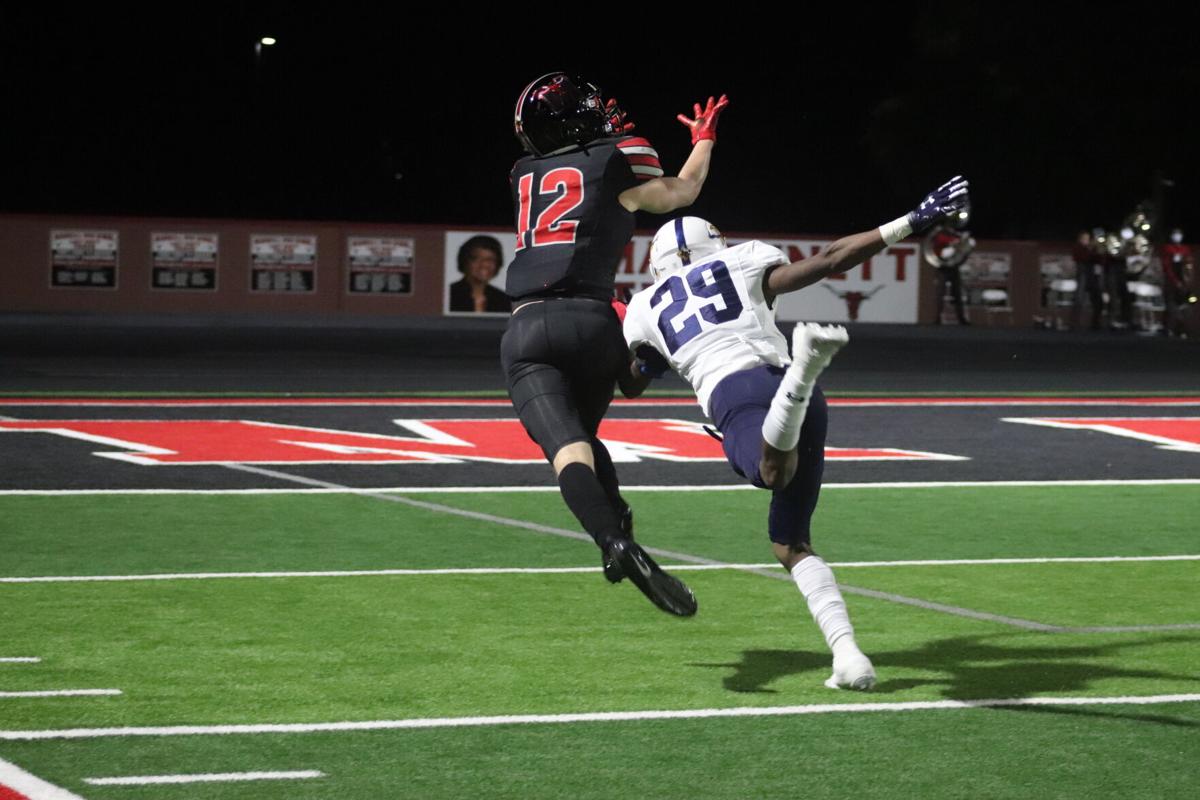 Marshall's Hayden Kelehan goes up and makes catch and scores Marshall's only touchdown of the night a Friday night against the Pine Tree Pirates.

Marshall's Hayden Kelehan goes up and makes catch and scores Marshall's only touchdown of the night a Friday night against the Pine Tree Pirates.

MNM: What do you chalk this one up to?

JG: We played terrible and they played really good. We picked a really bad night to play bad football, especially when you play a team like that who’s really disciplined and very talented. They earned that win and they deserve it. We’ve got to figure out a way to get better.

MNM: Early on, it looked as though you had a chance to dominate. You forced them to go three-and-out and put. Then you scored on your second offensive play. What changed after that point?

JG: They were more disciplined than we were.

MNM: Did they do anything that surprised you?

JG: Nope. They ran their seven, eight plays on offense. We felt like we had a good plan. At times we executed really, really well and when those times happened, you saw and at times we executed really, really poorly on both sides of the ball. We knew they were a potent offense. They average 50 points a game. Offensively, we put our defense in really bad positions with three-and-outs. They milked the clock. They limited our possessions and we didn’t do anything with our possessions against a good football team and that gets you beat. It was the perfect storm for them and they capitalized on it.

MNM: What area hurt you the most?

JG: When we constantly put our defense back on the field against a good, explosive offense, that’s not really good. We lost the battle up front on both sides of the ball and they capitalized on all of our mistakes. They capitalized on time of possession. They had a great game plan and they executed better than we did.

MNM: You had maybe one penalty in the first half. Were you more winded in the second half because the penalties seemed to come back-to-back-to-back?

MNM: Do you know what caused your guys to drop the ball?

JG: I can tell you this – we don’t practice dropping it. For whatever reason, we dropped it and we just had an off night.

MNM: Anything specific that you’ll be working on this week?

JG: Everything. We’ve got to get better. We are a very talented football team but hard work beats talent when talent doesn’t work hard and we’ve got to work hard.

MNM: I know you haven’t watched film on Jacksonville yet but what do you expect from them for next week?

JG: After tonight, I know that anybody is good enough to beat us if we don’t come to play. I don’t really care who we have next. It could be Jacksonville. It could be the Green Bay Packers. We need to come ready to play.

MNM: Are you good health wise?