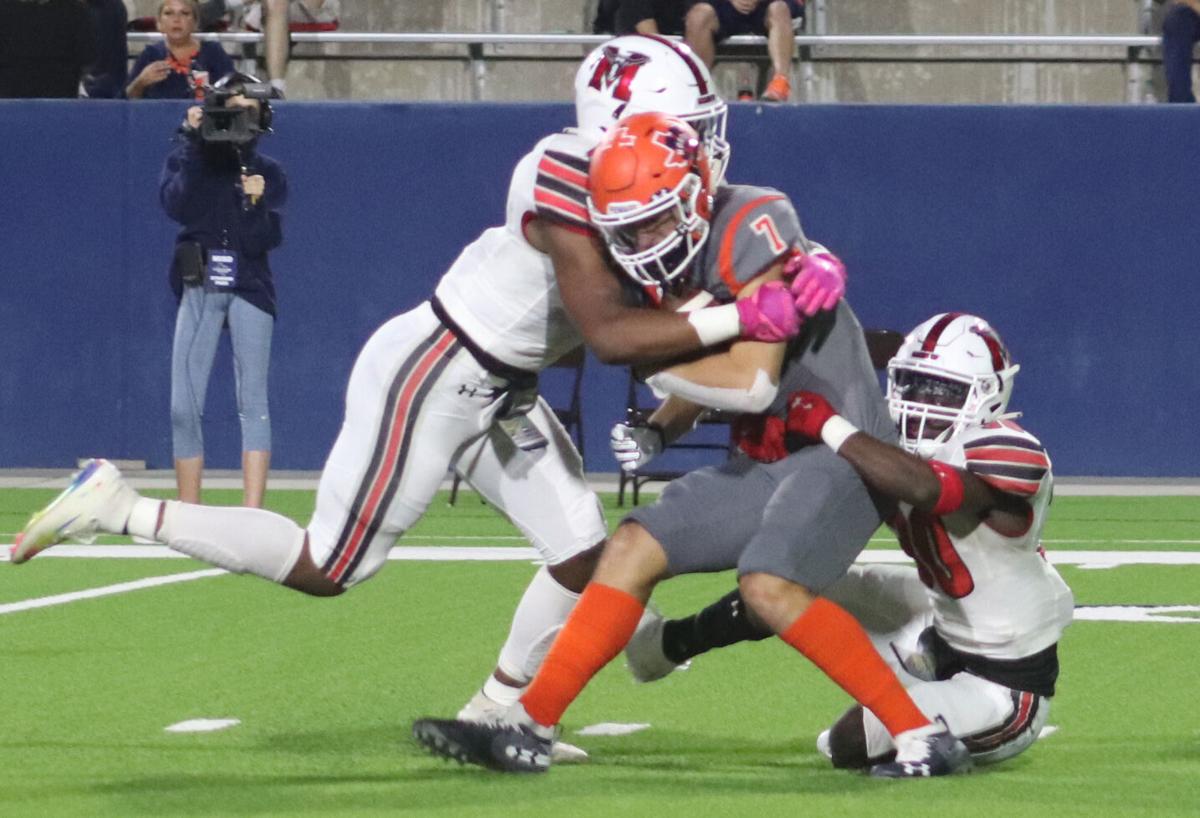 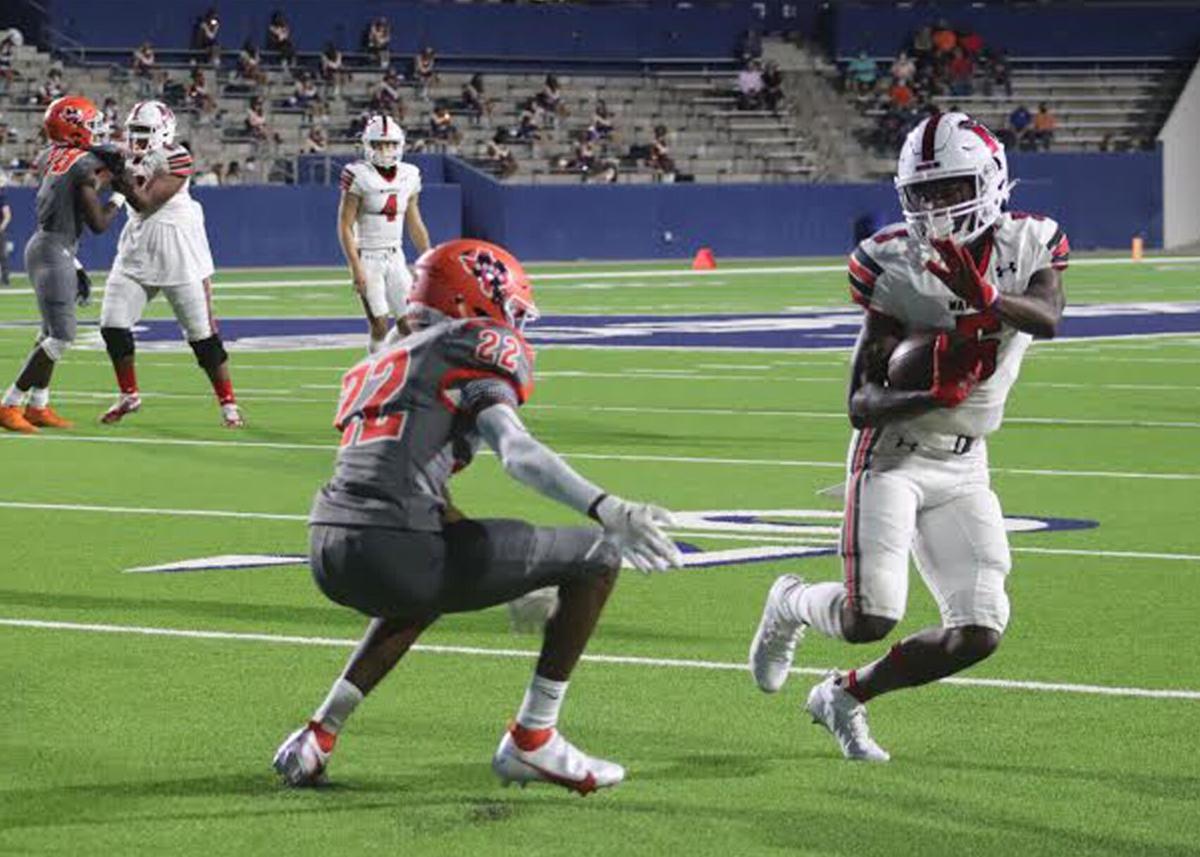 Marshall's A'Derrian Brooks carries the ball to the end zone for a touchdown Friday night against McKinney North. 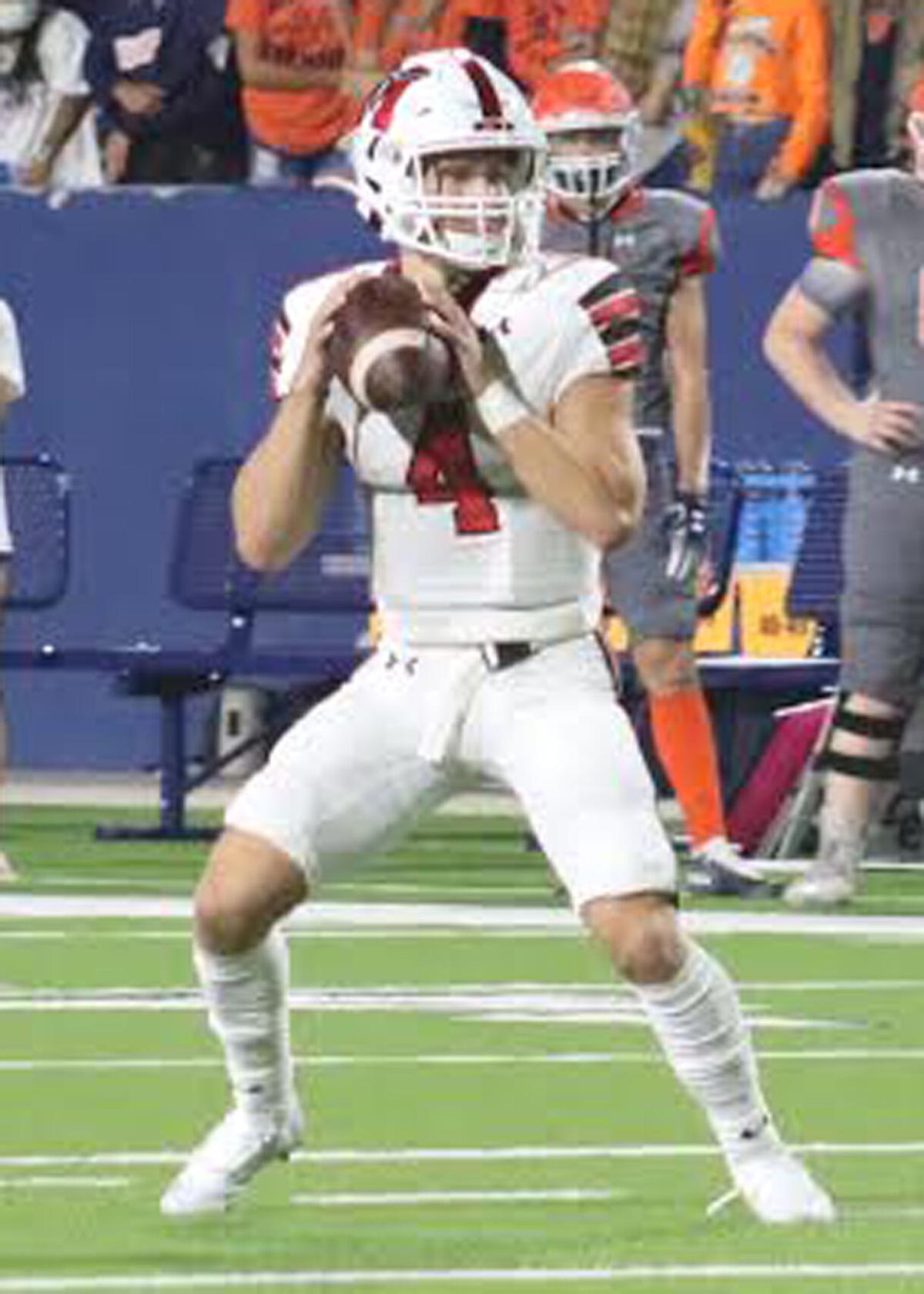 Marshall's A'Derrian Brooks carries the ball to the end zone for a touchdown Friday night against McKinney North.

 MNM: Early on, it was back and forth. What adjustments did you make as a team to create some separation?

JG: We just had to execute. We were making some silly mistakes on both sides of the ball that were costing us so we just had to clean things up. I think that was probably the three-hour bus ride that was taking its toll. We just had to lock in and really focus on what our task was and once we did that, we started having success.

 MNM: What would you say was the biggest improvement from last week to this week?

JG: I think our kids just played with a higher motor. Anytime our kids can play with high energy and with a high motor, good things happen. So that was great. I think both side of the ball did a great job up front of winning the line of scrimmage. That helped tremendously.

 MNM: Did McKinney North do anything that surprised you?

JG: Yeah they played in some coverages differently than we expected. We didn’t necessarily go into last night thinking that we were going to throw the ball the way we threw the ball but they showed some things differently than they did on film and we took advantage of them. Brent (Burris) did a great job of seeing his checks and taking advantage of what they were giving us and not necessarily making difficult throws but making the easy throws that they were giving us so it worked out well.

 MNM: Overall, how was Burris able to have such an impressive performance?

JG: First of all, his O-line protected him well pretty much all night. Secondly, he was able to get the ball into the hands of playmakers all around him and when that happens, really good things happen. Again, he made a few game-breaker throws that were really impressive. He stepped into the pocket, took a shot and still threw the ball. The other throws that he made were just kind of routine throws based on his checks and he got the ball into the hands of the kids around him and they made great plays. He really operated the offense well.

 MNM: What areas of the team need the most tweaking and improvement?

 MNM: How much motivation did earning a winning record give you going into last night’s game?

JG: I don’t know if it’s necessarily motivation more than it is confidence. Our kids need confidence. The preseason, season one of the three seasons (preseason, district play and playoffs) of the football season is complete. We came out better than we started. We’re glad that we have a 2-1 record rather than 0-3 or 1-2 record and we’re going to chalk that up as a win but that 2-1 record isn’t going to win us a district championship. That 2-1 record really does nothing at this point besides give us confidence with some of the things we’ve done well. Also there’s still plenty of things to get better at.

 MNM: Do you like having the bye week now or would you prefer going straight into district play without the break and with the momentum?

JG: It’s a give and take I guess. Our entire district is on a bye so everybody has to deal with that. I’ll say this – everything that is going on with COVID and everything else, it’s kind of nice to have a bye right now because we’re only in week three but it seems like we should be in week 12. So maybe it’s a good thing for our coaches and our kids to get a little breather.

 MNM: How did everyone come out health-wise?

JG: I’ll find out here in a little bit but from getting off the bus this morning at about 1:45, it looks like everyone was fin. I’m sure we’ll have a couple of bumps and bruises that we have to treat but it doesn’t look like there’s anything significant.