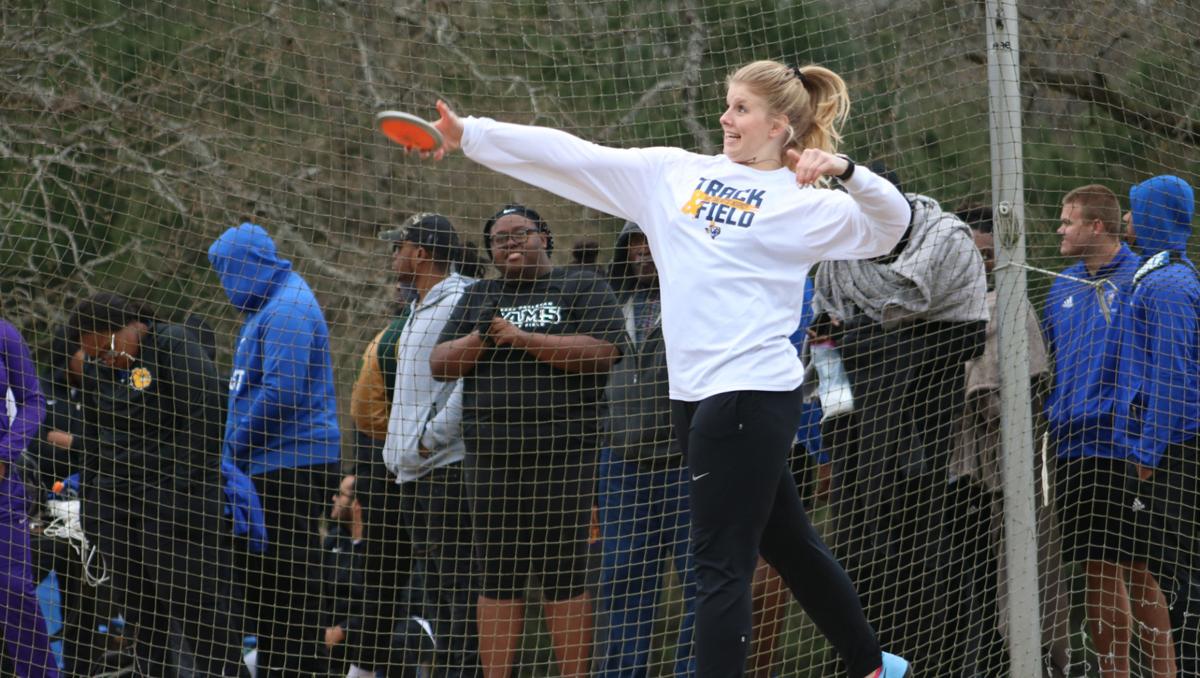 ETBU’s Kylie Embry competes in the discus this past season. 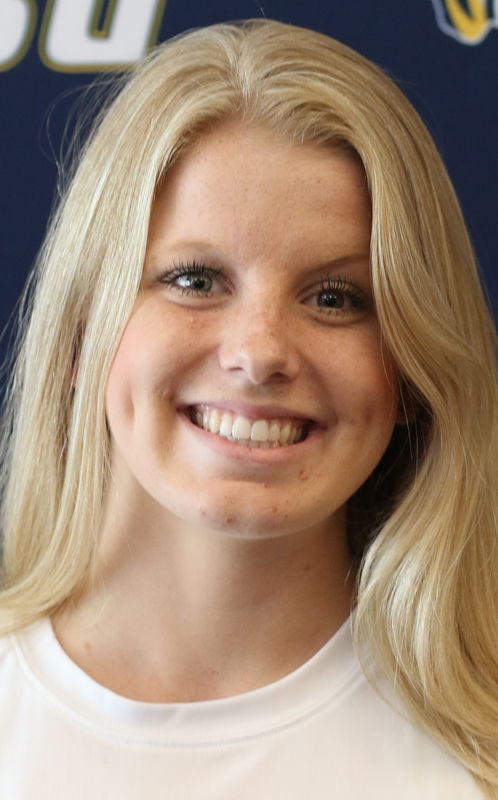 Coming into this spring, ETBU senior Kylie Embry was looking forward to accomplishing big things this track season prior to it being shut down due to COVID-19.

“Coming into it, I was super excited and expected us to do really well,” Embry said. “Overall in the different events, we have a lot of diversity and so I think each of us excel very well at what we do and we practice as hard as we can.

“It just seemed crazy because we did two track meets and I feel like we were on a good roll,” she continued. “We had a lot of freshmen come in and that community, they look up to the seniors and stuff. I thought we were on a good path going into conference but then after our Mississippi meet, we had spring break and then it all canceled.”

Now that it’s over, Embry said she can look fondly at her college track and field career where she made a name for herself throwing shot put, discus and javelin, even though she never pictured herself competing in those events before arriving at ETBU.

“So it’s kind of a funny story,” she explained. “Coming into college at ETBU, I started off doing basketball. I was on the developmental team, the B-team and what not, and after my freshman year, our season ended before the varsity team and the track coach was asking the varsity coaches if they had any girls who they thought would be good at either shot put or any field events or just track in general, and I just decided to try it out and I just fell in love with the sport. I had never really thrown a shot put before college or a discus or javelin. It was pretty cool that ETBU provided that opportunity and allowed me to grow at each event.”

Her time in track and field helped teach her valuable life lessons, like to never give up.

“You might do poorly on a throw or a run or a time but ultimately, you’ve got to keep going, keep practicing and keep putting in the work and beat your personal best,” she said.

The NCAA has granted Division III athletes who had their spring seasons cut short to return for the spring of 2021 but Embry has decided to pursue other things.

“The fall semester will be my senior semester so I’ll be graduating in December and I’m planning on getting my master’s at ETBU,” she said. “I won’t be (coming back). I want to focus on my master’s and not having too much in my basket. I’m also working a part-time position.”

As for now, Embry is back home where she focuses on her school work in a different capacity than before as she tries to stay in shape and get in as much family time as possible.

“At first it was really hard to adjust,” she offered. “I was in shock so I had to create a schedule for myself, so I either wake up early in the morning to work out. There’s this thing called ‘Camp Gladiator.’ My mom does it all the time, super early in the morning. So I’ll do that with her some days or I’ll work out with my brother in the afternoons. We’ll do circuit training, strength training or just go for a run. So I’ve been doing that but also, waking up super early to do my quiet times before school starts and all the busyness with online classes. That was a big adjustment. I’m a visual learner and I learn things by the teacher explaining it, so that was an adjustment. I like to start my day by spending time with the Lord to get my focus right. After my school work, in the afternoon, my family and I will go for a walk around the neighborhood, just enjoying the outdoors as much as we can.”