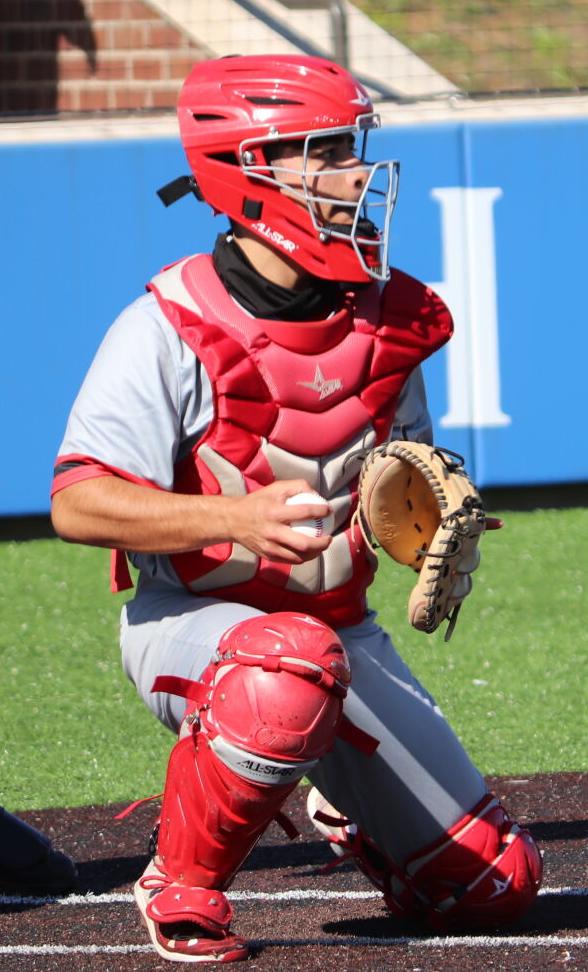 Dante Enriquez gets some time behind the plate at catcher for the Mavericks in the Spring Hill Tournament. 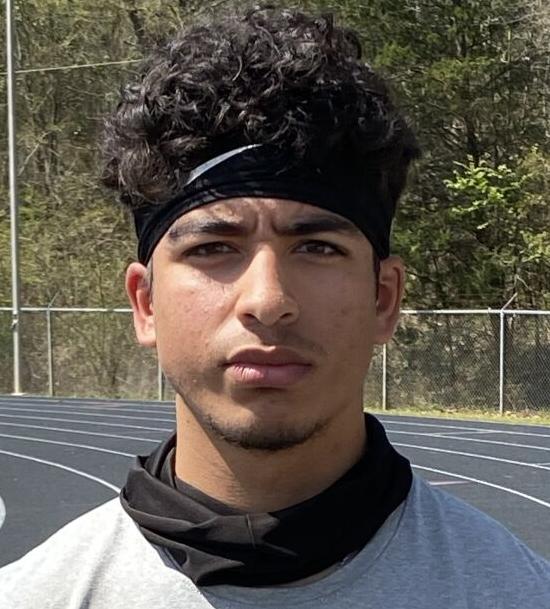 Dante Enriquez gets some time behind the plate at catcher for the Mavericks in the Spring Hill Tournament.

For Marshall senior Dante Enriquez, his individual success and the success of his Mavericks simple boil down to one thing – competing on every pitch.

“I know we can go out there and compete every single pitch like there is no tomorrow,” Enriquez said. “Like coach (Derek) Dunaway says, ‘Tomorrow is not guaranteed with all this COVID stuff.’”

When asked how he wants to be remembered by his teammates after graduating, Enriquez simply came back to that formula of success and said, “Just a guy who goes out and competes every pitch and doesn’t give up, a guy who loves the game, a guy who would do everything for the team to succeed.”

Competing on every pitch is an important lesson for the Mavericks who have found themselves on both ends of one-run games.

“We’ve come back and won some of those one-run games,” Dunaway said. “I’ve challenged them to come out and early and get the job done. We did that last night (Tuesday night). We scored two runs in the first inning off one of the best pitchers in the district but we’re still learning. We’ve got to learn once we get those two runs, that’s not good enough. We’ve got to stay in the moment and continue to compete and not just coast but add on some runs, do the little things right so if they do score some more runs, we’ve got a cushion and we can keep adding to it. I give the guys credit. They’re learning but we just don’t have a lot of time left in the classroom and the test is upon us.”

“We’ve just got to stay locked in, stay in the moment, get the little things right because those little things are what decide the one-run games,” Enriquez said.

Dunaway said his senior has come a long way during his time playing for the Mavericks.

“He has really upped his mental game, I’ll say that,” Dunaway explained. “He used to let things get to him. One little thing would ruin his day on the mound, at the plate. He’s really done a great job mentally of overcoming mistakes and understanding the concept of giving your best effort and accepting the results of that effort – good or bad, and then giving your best effort again on the next pitch. So he’s done a great job mentally. He’s had a bunch of different roles for us. Even this year, he’s one of our top three pitchers. He plays multiple positions – third base, first base at times. If Jacob Oden is pitching, he’s going to come in and catch and do that job. He’s really accepted whatever role he has. Whatever he has to do to help the team, he accepts that and does it.”

Enriquez and his Mavericks are owners of a 7-10 record overall and 1-2 against district opponents. Enriquez has started four games from the mound and has pitched a total of 28-and-two-thirds innings where he has allowed 16 runs on 25 hits, nine errors, 10 walks, two hit-by-pitches and 18 strikeouts.

The Mavericks senior hopes to make the most of what is left of his high-school-baseball career.

“”I was thinking about that last night actually that all four years of my high school career are fixing to come to an end in the next few weeks,” he said. “I just want to do what I can to help my teammates enjoy the next few weeks.”

Throughout his years of playing baseball, Enriquez has learned lessons from the game that go beyond the diamond.

“Nothing comes easy,” he said. “Like coach Dunaway says, ‘Baseball is like life. There are always going to be some rough patches but in the end, if you work through it and push hard, there will be some good days.’”

Geographically, Enriquez won’t have to go too far after high school to attend college as he plans to take his playing career to the collegiate level at Wiley College where he plans to study to become a baseball coach himself.

“Coach (Kendrick) Biggs offered me the opportunity this fall,” Enriquez said. “I had two other offers but they weren’t as interested as he was. We talked about it all this fall and what I would do when I come to Wiley and I just liked the environment. I liked what the coaches had to offer.”

However, Enriquez plans to live in the moment and at this moment, he has the rest of his senior season ahead of him and tonight, he and his Mavericks have the tough task of going up against the Hallsville Bobcats.

“The goal is to be perfect,” Enriquez said. “We know nobody is perfect so at least try. Stay locked in, buy into what we’ve been coached, give it our all, compete every inning, every pitch.”

First pitch for tonight’s game against Hallsville is slated for 7 p.m. in Marshall.