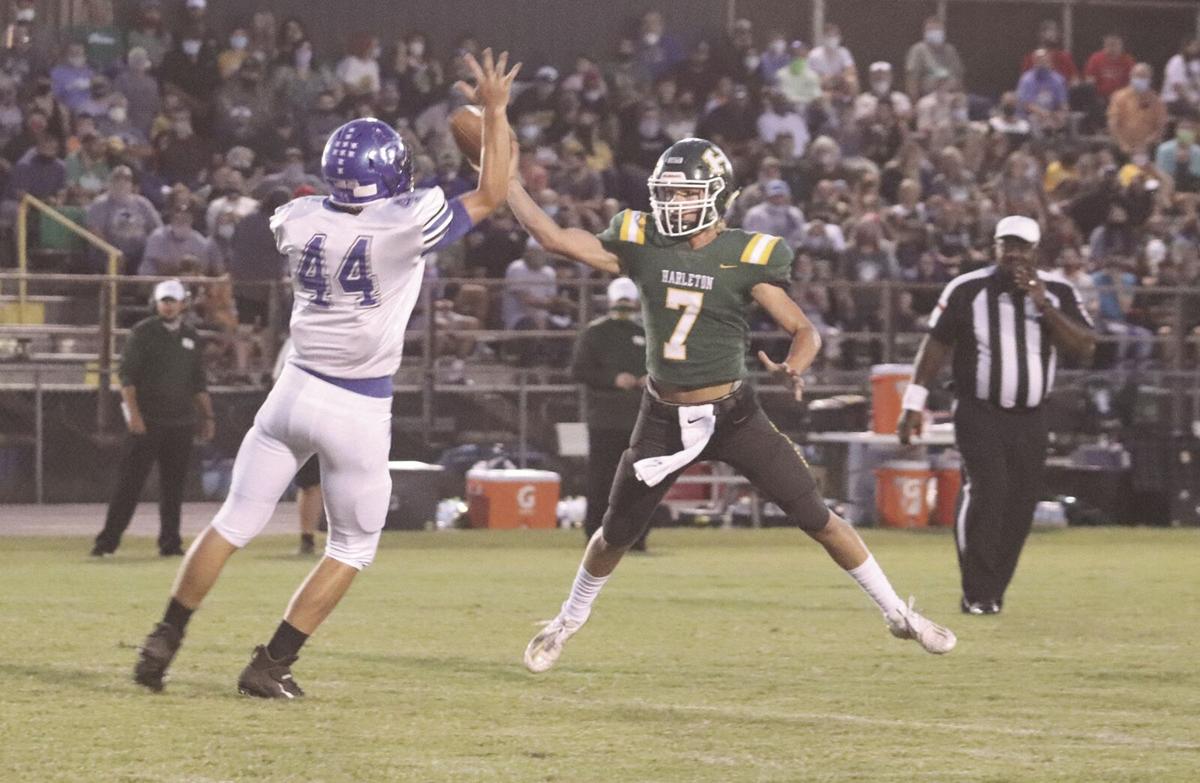 Harleton’s Grayson Handlin throws a pass while under pressure during Friday’s game against Rivercrest. 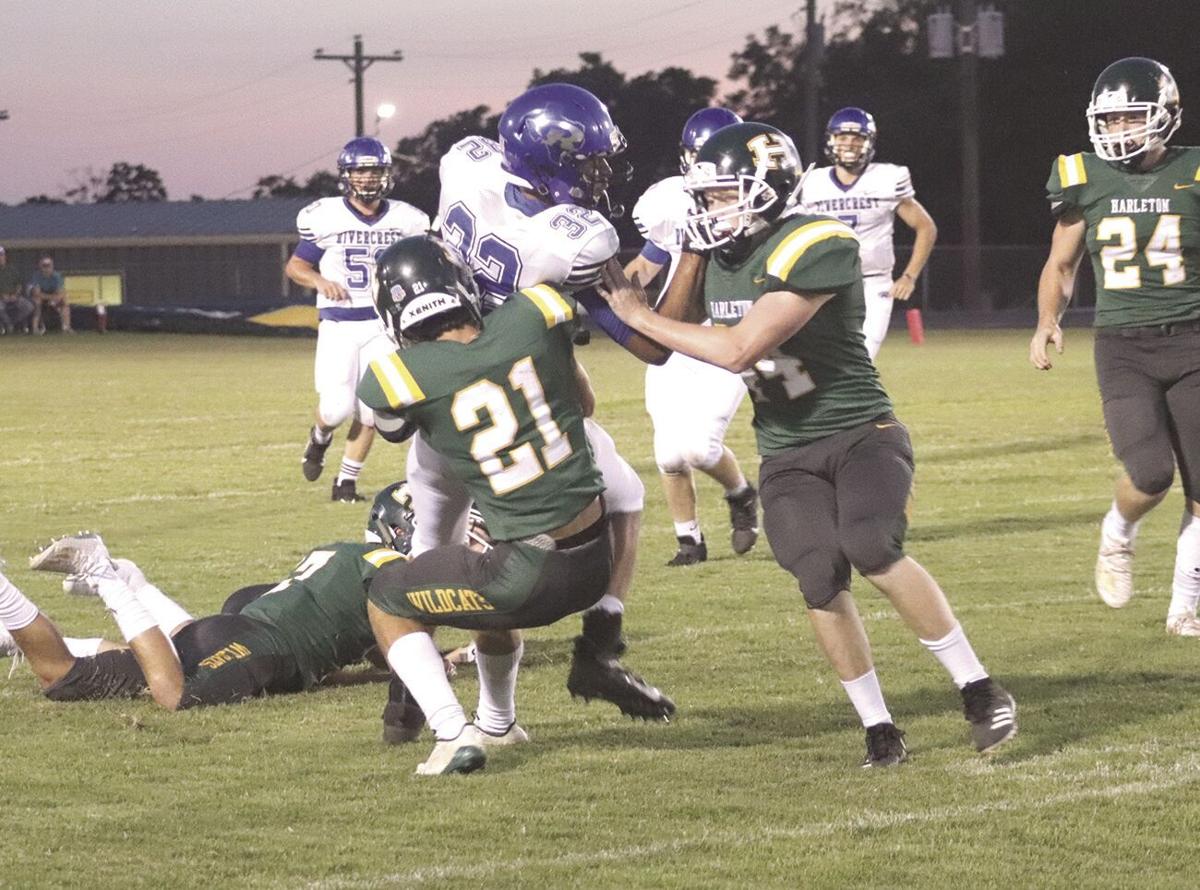 Harleton’s Grayson Handlin throws a pass while under pressure during Friday’s game against Rivercrest.

HARLETON – Harleton’s football team almost had its homecoming ruined by the Rivercrest Rebels, who took the Wildcats into overtime, but in the end, the home team came away with a 33-26 win and advanced to 2-0 on the season. Rivercest is now 1-1 on the year.

Harleton had 466 yards of total offense while Rivercrest had 306.

The Wildcats had 22 first downs on the night. Cole Ring led the rushing attack with 17 carries for 191 yards and two touchdowns. Taber Childs had 15 carreis for 170 yards and two scores. Justin Davidson had nine carries for 65 yards and the winning touchdown.

Rivercrest came away with 18 first downs. Quarterback Will Grider went 16-of 22 for 219 passing and three touchdowns and also had 18 carries for 56 yards and a score. Christopher Randolph caught seven passes for 128 yards and one touchdown as Zachariah Lane had six receptions for 47 yards and a score.

The Wildcats won the toss and chose to receive the opening kick. They drove down the field before a pass was intercepted by Billy Merritt as Harleton saw its opening drive come to an end.

Harleton was however, the first team to score when Childs took off for an 80-yard touchdown to give the Wildcats a 6-0 lead with 2:32 remaining in the opening quarter.

It didn’t take long for the Rebels to respond. Grider found Randolph for a 46-yard strike to the end zone to tie up at 6-6 with 57 seconds left in the first quarter.

The first play of the second quarter saw Ring break loose for a 63-yard spring to the end zone to put his team back in the lead. Jojo Clark tacked on the PAT to make it a seven-point game, 13-6 with 11:48 left in the first half.

The final three touchdowns of the first half came with under three minutes. Childs punched it into the end zone from five yards out to spread Harleton’s lead to 19-6 with 2:44 left in the second quarter and Ring added his second long run of the night, this one coming from 43 yards away. That gave the Wildcats a 26-6 lead with 25 seconds remaining.

A long kickoff return put the Rebels deep in enemy territory to help set up a 22-yard touchdown pass from Grider to Lane on the final play of the first half, making the halftime score 26-12.

The third quarter went scoreless but the Rebels held onto the ball and milked the clock before scoring the first touchdown of the second half when Grider ran in from 15 yards out to put the Rebels within a touchdown, 26-19 with 11:15 left in the fourth quarter.

Harleton’s next possession didn’t last long as a fumble was recovered by Rivercrest. The Rebels continued to take time off the clock and the next possession ended with a touchdown pass on foruth-and-18, from Grider to Lane, who caught the tipped pass in the end zone and managed to get two feet down to tie the game up at 26 apiece with 5:01 left.

Moments later, the Wildcats were faced with fourth-and-long when a questionable call went in favor of the Wildcats but Harleton was unable to make a trip the end zone to avoid overtime.

Justin Davidson found the end zone on a six-yard run and Clark tacked on the PAT before the Harleton defense kept the Rebels out of the end zone to seal up the 33-26 win.

Harleton is slated to play host to Harmony on Friday while the Rebels will travel to Chisum.