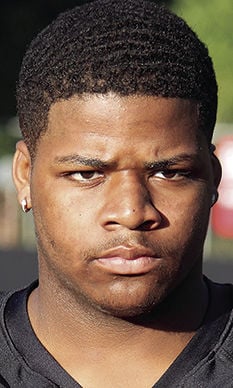 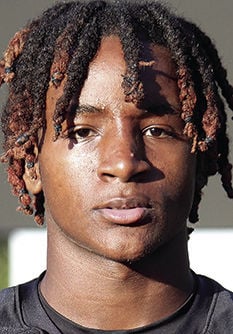 Teammate Ky’gze Turner was an honorable mention pick at linebacker on the elite team, which was selected by TSWA members based on nominations from coaches and media members from around the state.

Williams and Turner were among 12 area players — including double winners Kitan Crawford of John Tyler and Jordan Jenkins of Lindale — named to the all-state team.

Williams, a TCU signee, was a second team all-purpose back. he started the season as one of the state’s top receiver prospects, but later moved to quarterback. Williams completed 41 of 81 passes for 962 yards, 10 touchdowns and one interception, carried 91 times for 1,003 yards and 18 touchdowns and caught 12 passes for 121 yards and three scores.

Crawford was a first team selection at defensive back and honorable mention pick at running back. The University of Texas signee had 36 tackles, three interceptions, five passes defended, a fumble recovery and a blocked punt to go along with 120 carries, 1,065 yards and 12 touchdowns and 21 catches for 287 yards and on TD offensively.

Jenkins was a third team pick at running back and an honorable mention selection as a kick returner. He carried 218 times for 1,422 yards and 27 touchdowns, caught 21 passes for 392 yards and three scores and returned two kicks for touchdowns.

Mims, who signed with Oklahoma, had 107 catches for 2,502 yards and 31 touchdowns. Sanders finished with 19 tackles for loss and 24 quarterback pressures, and Davis had 16 interceptions, 14 passes defended and three pick sixes.