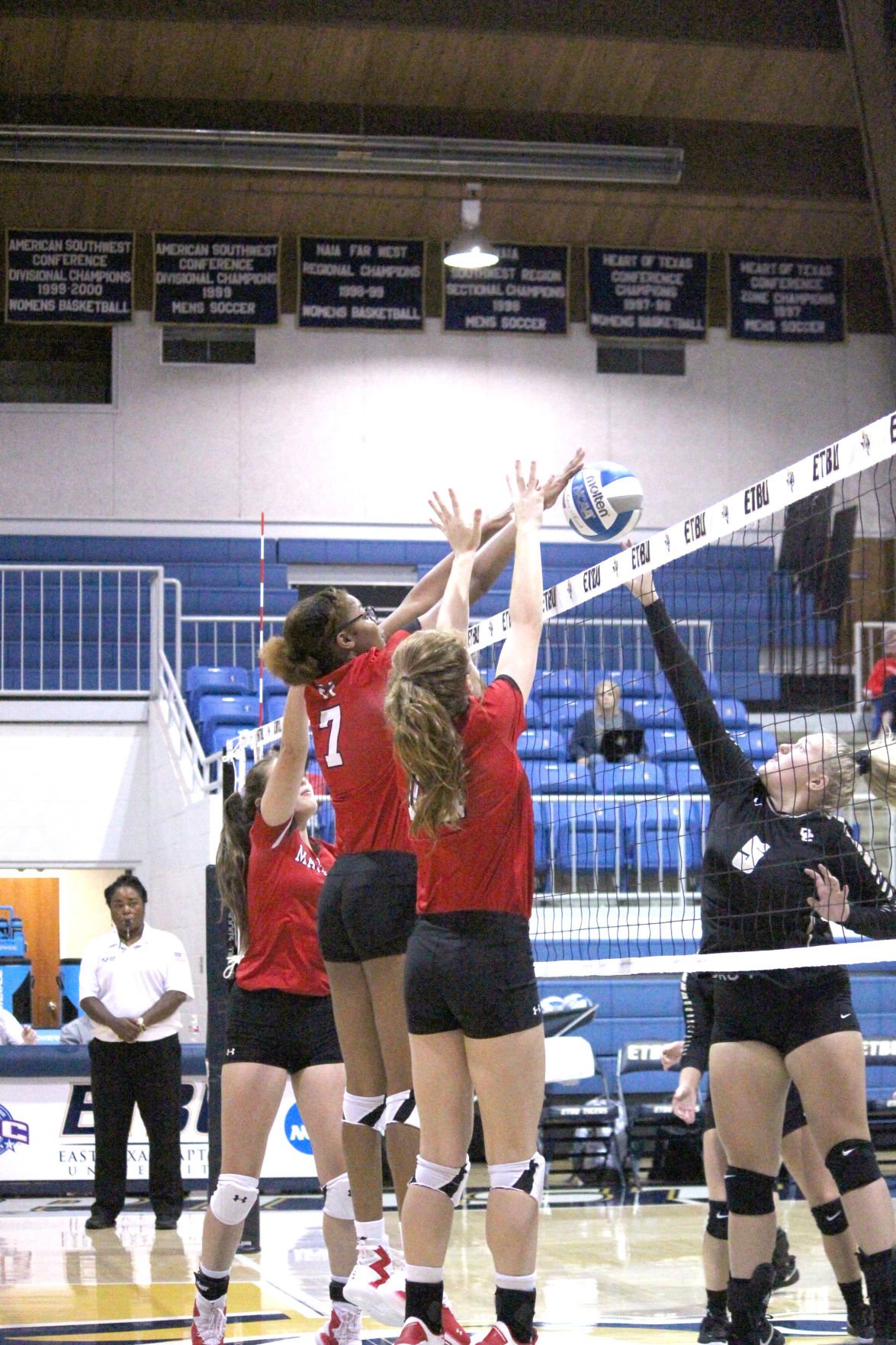 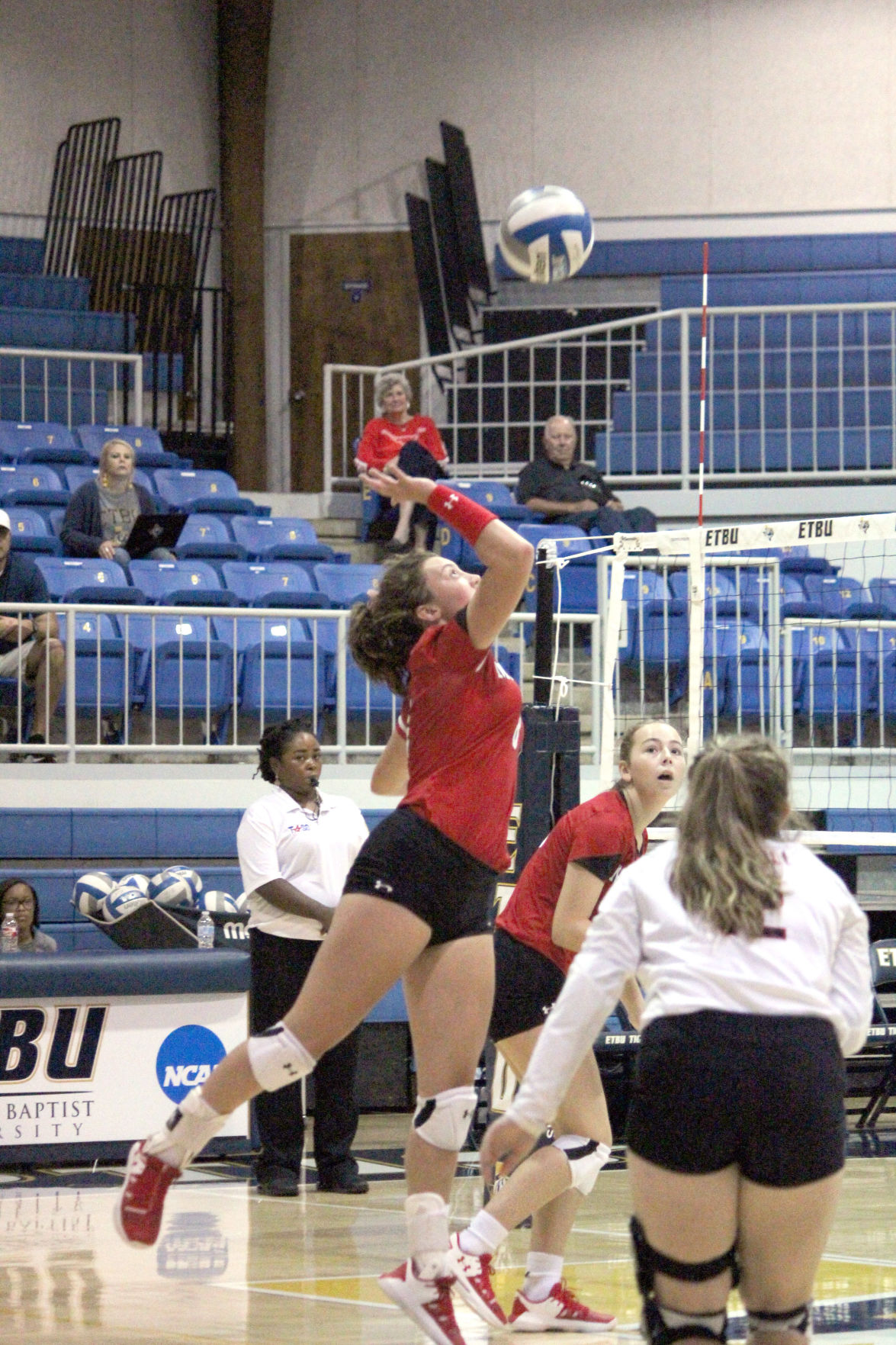 Marshall’s Elizabeth Palmer goes to for the hit during Friday’s tournament action at ETBU.

Marshall’s Elizabeth Palmer goes to for the hit during Friday’s tournament action at ETBU.

With the pair of wins, the Lady Mavs now hold an overall record of 9-10.

Mahogani Wilson had eight kills against Winona as Caitlyn Ellenburg led in assists with 23.

Against Ore City, Wilson and Emily Ellenburg each had nine kill and Chloe Buchanan had 24 digs.

“I was proud of Caitlyn,” Marshall head volleyball coach Kayla Green said. “She hasn’t set all year and she stepped right up and got a few assists herself. She kept the flow of the game going and that was really important at the end.”

Game one against Ore City was smooth sailing for the Lady Mavs who found themselves down in game two, 21-15. Marshall chipped away at the Lady Rebels’ lead and tied it up late but was unable to come away with the lead.

The third game against Ore City saw the Lady Rebels make their attempt at a comeback but the Lady Mavs ultimately finished the job.

“We got down too early and started coming back but it was too late,” Green added. “I was proud of how they bounced back the third set.”

The Lady Mavs are slated to return to action at 9 a.m. today when they compete in the gold bracket.

Marshall will be back home Tuesday when it plays host to Arp.