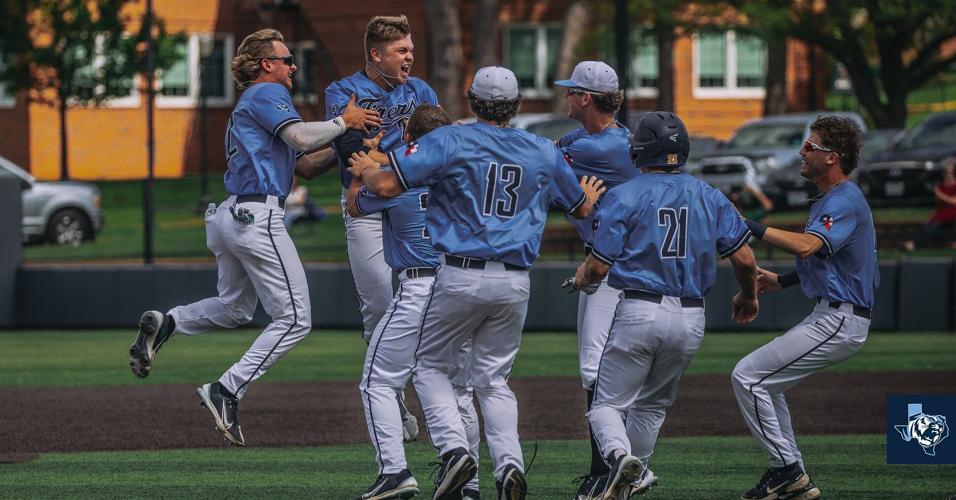 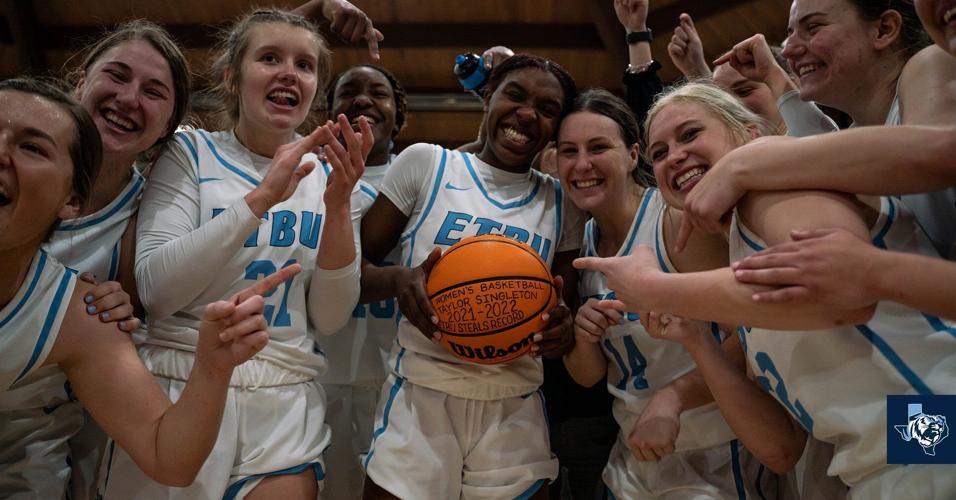 Taylor Singleton set the school’s record for most steals and lands at the No. 2 individual moment.

Taylor Singleton set the school’s record for most steals and lands at the No. 2 individual moment.

Cementing her place in ETBU athletics history, women’s basketball student-athlete Taylor Singleton earns the No.2 individual moment for the 2021-22 season. Late in the season, she broke the program record for career steals that was set in 2007 by Marzetta Shepard (213 steals)

Heading into the American Southwest Conference Championship Tournament, Singleton was tied with Shepard at 213. Singleton then broke the record in the first round against Concordia Texas with three steals. Compiling 73 steals on the year, she finished her career with 226.

Singleton was named the ASC Defensive Player of The Year, All-ASC First-Team, and on the All-ASC Defensive Team. ETBU finished 21-6 making the NCAA Division III Tournament for the second time in program history.

Coming in at No.2 is the baseball team. Its walk-off, 3-2, extra inning win over No. 17 and No.19 Texas Dallas clinched the programs first ever American Southwest Conference regular season championship.

Fresh off of a 7-5 come-from-behind win the previous night, ETBU clinched the regular season championship in the first game of the double-header on Saturday in extra innings. Sayers Collins went the distance pitching nine innings tying the ETBU single game record for strikeouts with 15 set by Marty Mayfield in 2001.

The game went into extra innings and came down to the ninth. In the top of ninth with two outs and two runners on base, UTD’s Andrew Skivington hit a long fly ball to left field where Wagner jumped up and grabbed the ball from over the fence for the final out and finish off the Comets threat. Wagner then became the walk-off hero in the bottom of the ninth inning as the second batter of the inning. After Austin Barry walked, Wagner doubled to center field and as Barry rounded third base an errant throw from the outfield allowed him to come home as the winning run. In less than a 10-minute time span, Wagner caught the biggest out of the game and produced the biggest hit as ETBU claimed the series and their first-ever ASC regular-season championship.

The contest against UT-Dallas was pitcher’s dual from the beginning. Collins and UTD’s Carter Cochrane battled through seven innings. Cochrane was then pulled for relief ace Orion Drymond who had nine saves on the year. Cochrane allowed just two earned runs in the game with four strikeouts on four hits. Drymond came in and went 1-2-3 in the eighth showing his pitching strength after Cocorane’s strong performance. The whole time, Collins was matching UTD’s staff retiring the side in the first, sixth, seventh, and eighth innings. In the ninth inning, he struck out three straight batters but a dropped third strike on the third batter allowed the runner on base. Overall, he pitched out of jams in the fourth and ninth innings.

Will Kelley collected another home run in the series to start off the game in the bottom of the first inning. UTD tied the game in third on a home run and then took the lead in the fourth, 2-1, on a fielder’s choice. With two outs in the fifth inning, Carson Wilson singled to centerfield as Zachary McAdams came in to tie the game from third base. There were three scoreless innings until the walk-off hit in the ninth for the win.

ETBU had five hits in the game as McAdams posted two of them. Wagner, Kelley, and Wilson each had a hit.