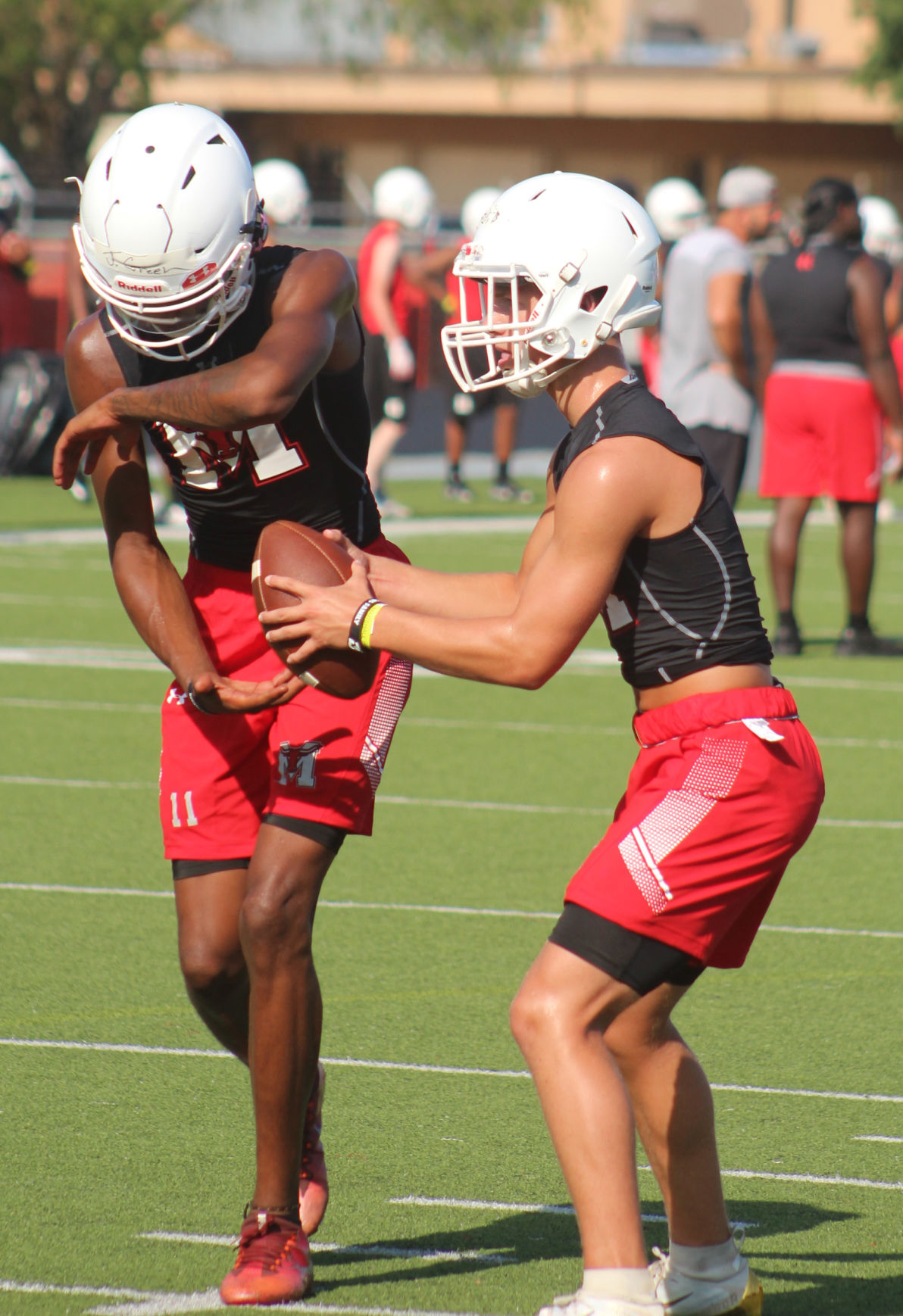 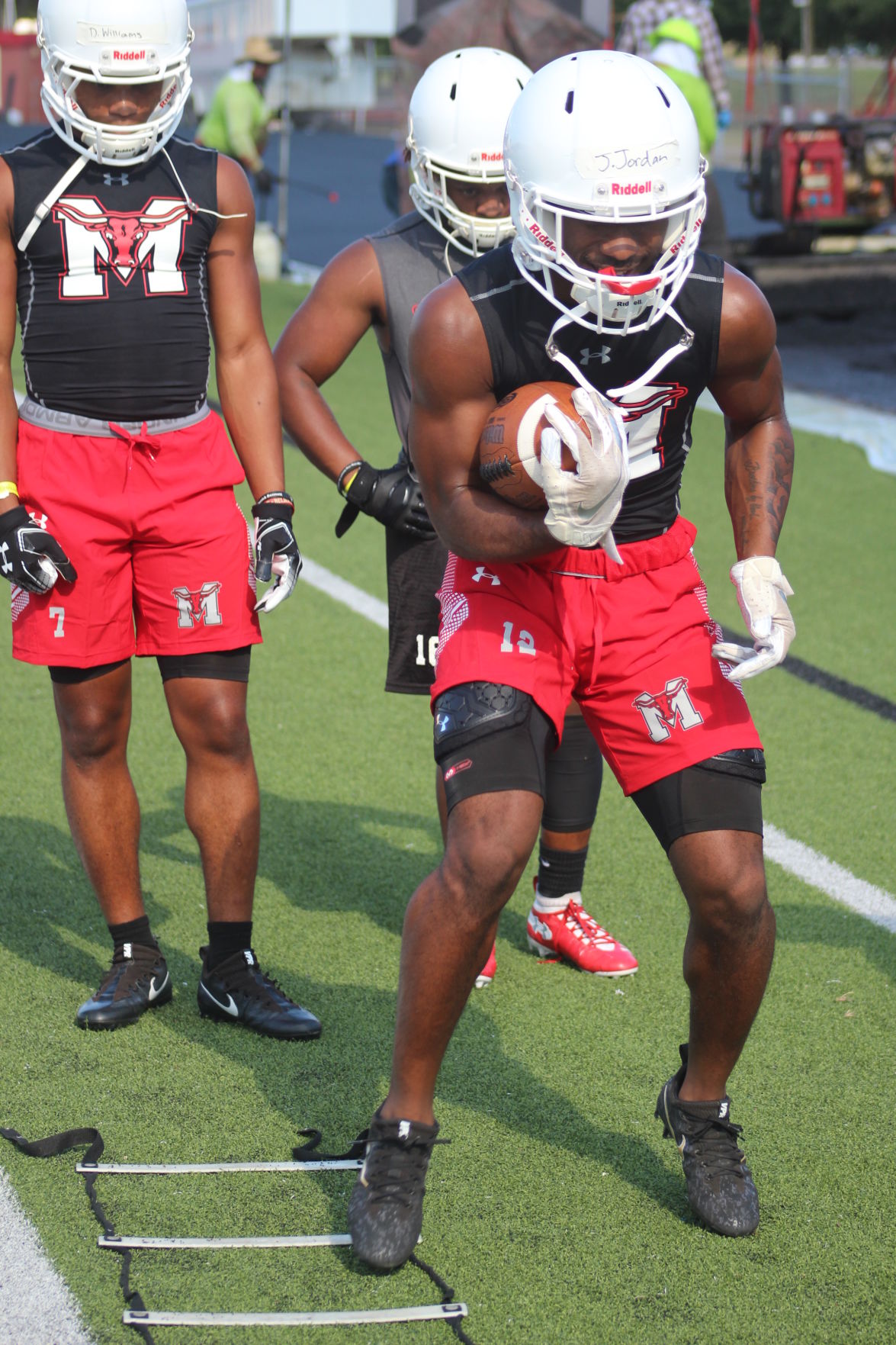 Marshall running back Joe Jordan works on his footwork Monday evening during the Mavericks’ first practice.

Marshall running back Joe Jordan works on his footwork Monday evening during the Mavericks’ first practice.

Two days of football practice are in the books for the Marshall Mavericks and first-year head coach Jake Griedl is pleased with what he has seen so far.

“I think we have an opportunity to have a really good football team,” Griedl said. “Offensively, our kids look really comfortable in the third year of our offensive system and you can tell it. Defensively their getting their tails coached off. Our coaches are coaching hard and changing schematically a little bit but not to the point where we feel like it’s going to affect how fast our kids can play.”

The sun was still out and the temperatures were still high when the Mavericks hit the field but Griedl added that’s not necessarily a bad thing.

“It’s good for our kids to be out in that heat a little bit,” he said. “I’m not a huge ‘let’s practice during the heat of the day and wear them out’ type of coach. I know some guys believe in that and others don’t but at the end of the day, I think you’ve got to pay attention to your players’ bodies. You have to stray them a little bit but also know when to pull them back and give their bodies the rest they need.”

He added he was pleased with the turnout.

“We almost ran out of helmets to hand out so we had quite a bit,” he said. “If a few more kids come, we’ll have to put in another helmet order. It’s a great problem to have.”

The Mavericks were without J.J. Green during spring ball but the soon-to-be senior was back at practice.

“Anytime you have a three-year starter back at any position is super helpful,” Griedl added. “J.J. is one of the most naturally talented kids I’ve been around. When he’s back there as a signal caller, good things happen, so we’re expecting a big year out of him. He looked great in practice yesterday.

“Brent Burris looked great in practice yesterday. We’ve got four quarterbacks (Michael Olvera and Carlos Hill being the other two) out there and we’ve got another four on the freshman team.

“For the first time since I’ve been here, we feel like we’re actually building a quarterback system. We’re not just pulling receivers to come play quarterback. That’s what you need in this day and age to success at this level.”