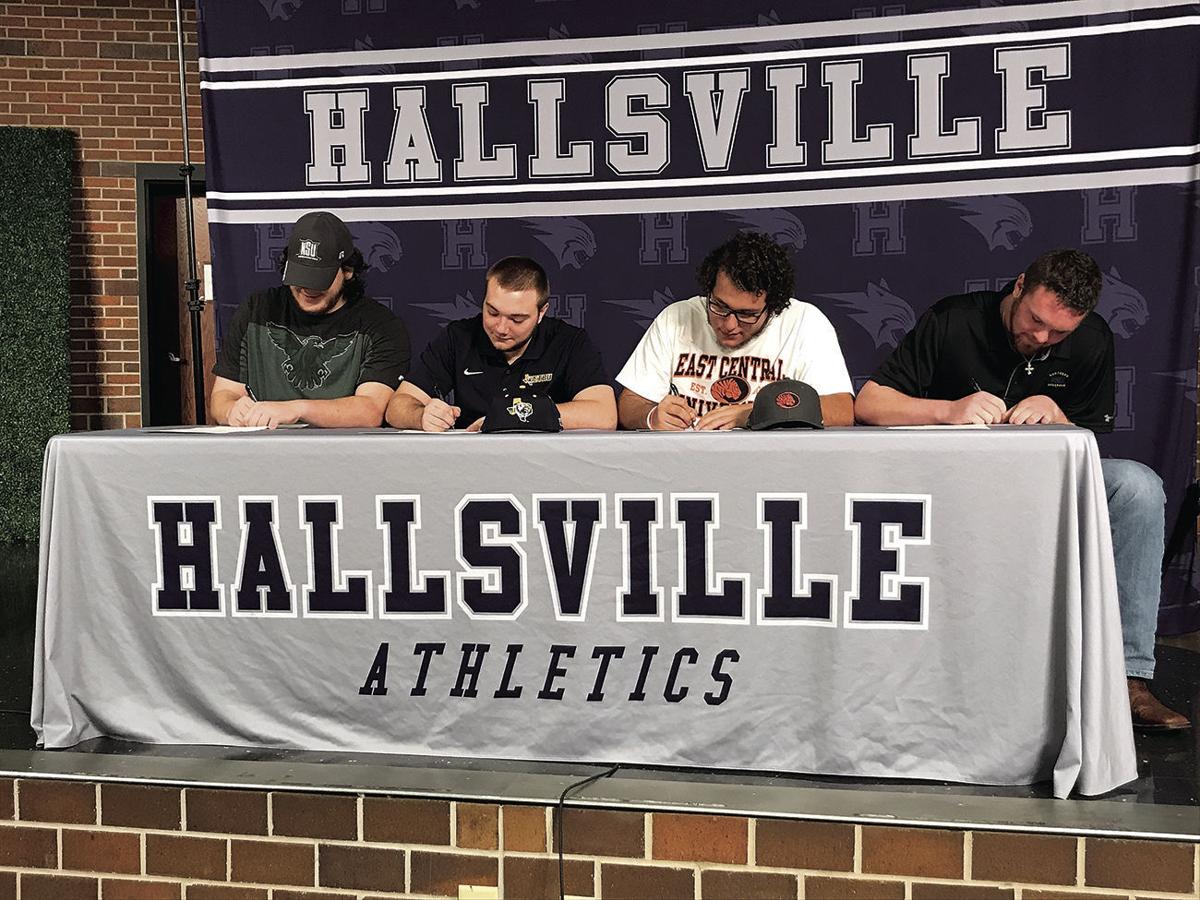 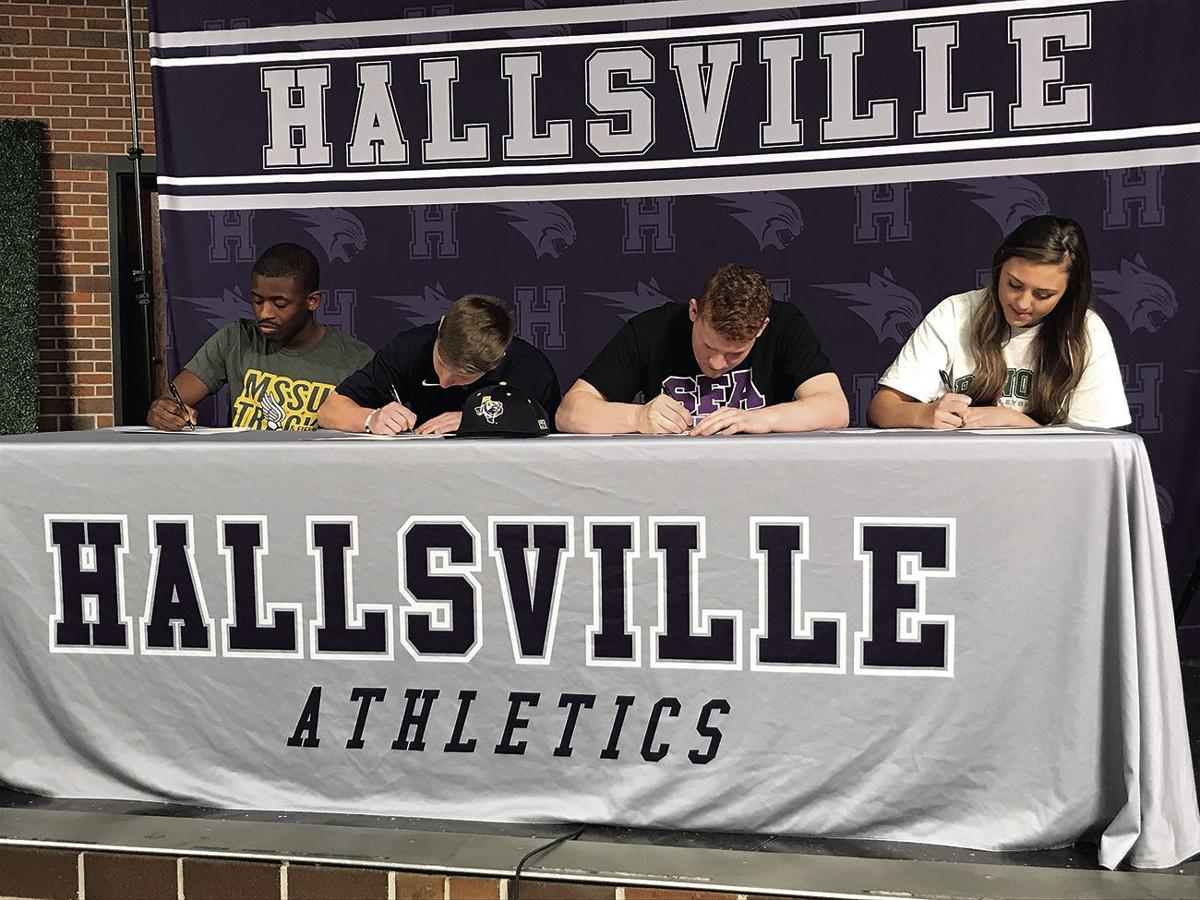 Hallsville High School’s cafeteria was the site eight Hallsville athletes giving their commitment to their future colleges where they plan to continuing their athletic careers.

Courtland Venters was part of the second group to sign as he’ll run track at Missouri Southern State University. Nolan Cox will play baseball for ETBU. Caleb Kranz will cheer for SFA and Cassidy Cole will play volleyball at Panola College.

“They’re all extremely hard workers,” interim athletic director Josh Rankin said. “I think going forward, that’s going to give them a chance to be successful. A lot of times, kids in this position just want to be recruited and they’re looking for some attention but these guys want to go play and be a part of something and they’ve really put their work into doing that. I’m excited to see what they can do in the future.”

Rankin also attended and played for Southern Arkansas, and he’s happy to see Sirmons do the same.

“I’m excited for him and it kind of gives me another reason to go watch him play,” Rankin added. “We had three Division II guys, which that’s a really good level of football. It’s competitive and it’s fun. Dale, going to ETBU, that’s a great program. It’s a good fit for him. He’s really involved in his church and all that and it’s a Christian college, so he can be part of that. It’s a good fit for him,” Rankin added.

“I know Courtland and I’m excited for him. He had some other opportunities at bigger schools but he really liked the coach there and he really kind of wanted to get a way a little bit. It’s a good fit for him at that school. It’s a beautiful area up there. Nolan Cox comes from a great family and it’s a great baseball atmosphere that we have so I have no doubt that he’ll be successful.”

“She kind of carried a heavy load this year so I really thing that’s going to benefit her going in as a freshman because the expectations are really high,” Hallsville head volleyball coach Cara Collum said of Cole. “She learned how to handle that this year and was successful in doing that. She worked very hard in the middle and that’s what she’ll play at Panola. She really learned how to get herself in good shape last summer, so applying that, this summer will benefit her tremendously.”

Overall, Rankin expects all the athletes to be successful at the next level and represent Hallsville well.