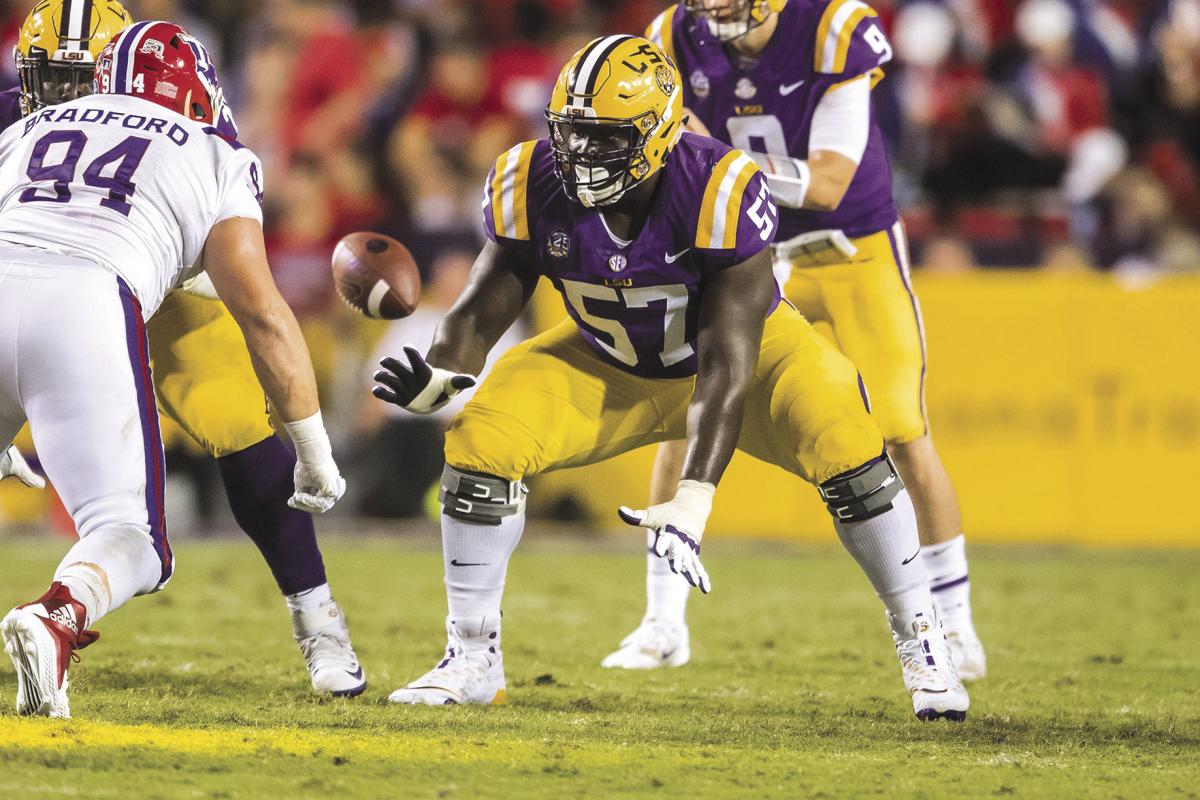 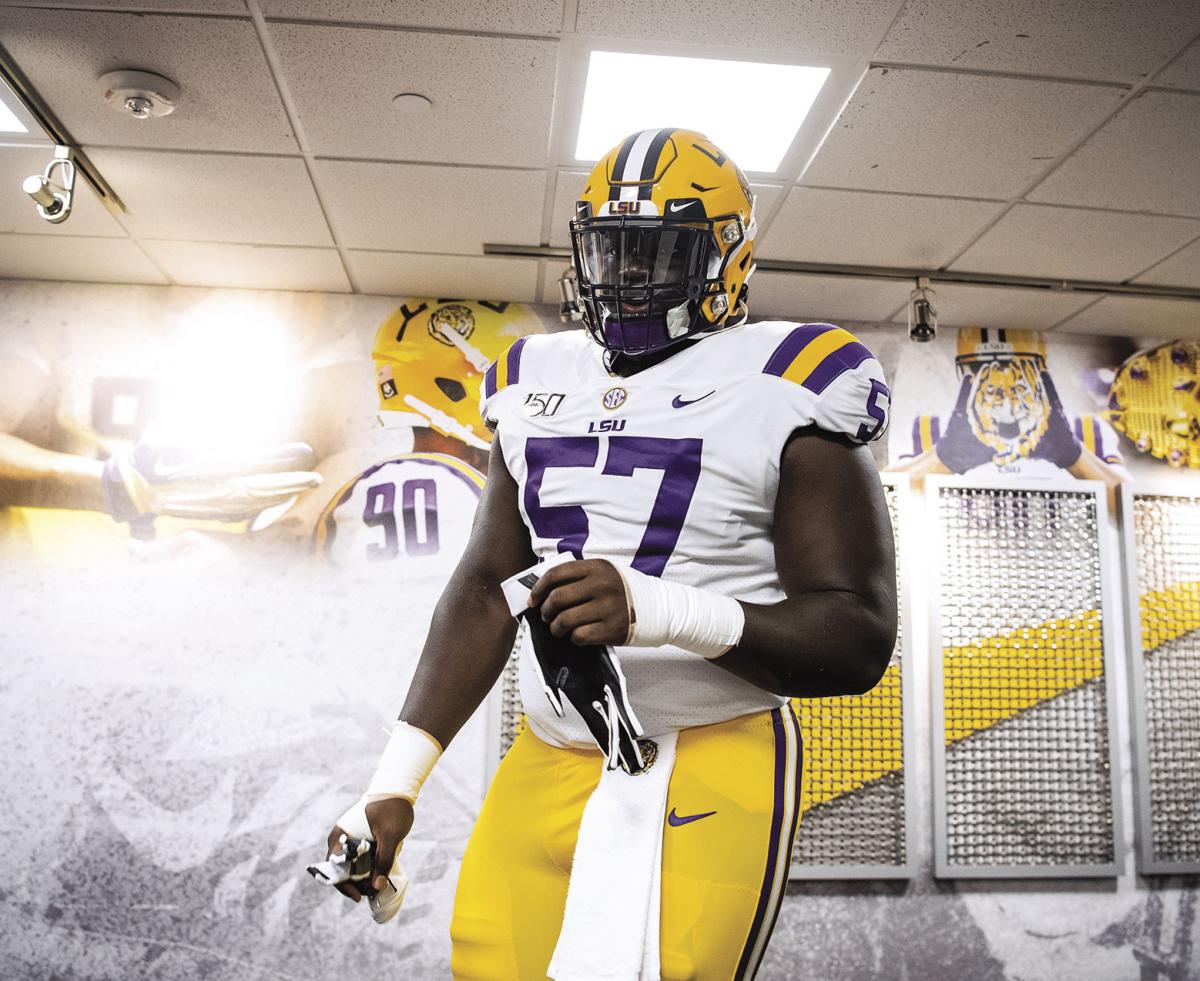 LSU lineman Chasen Hines exits the locker room before a game. The former Marshall High School standout is hoping to become the first ex-Maverick to hoist the national championship trophy. 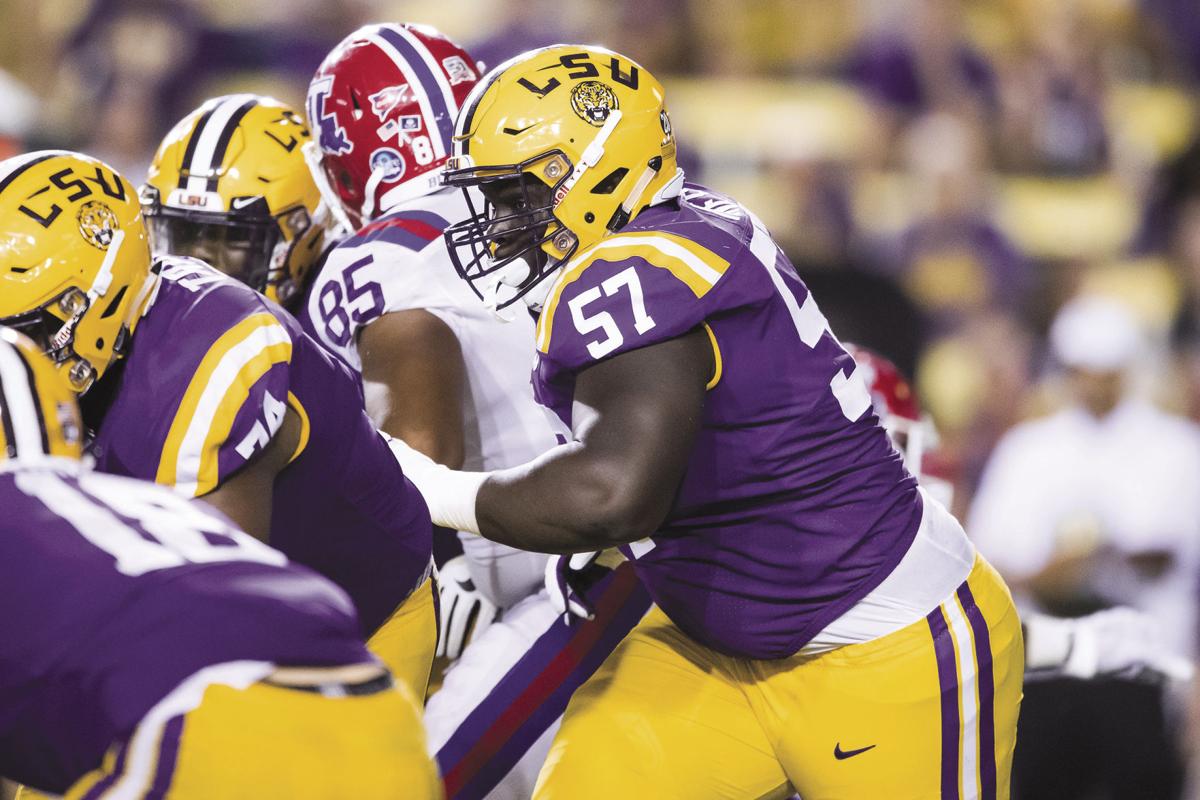 LSU lineman Chasen Hines exits the locker room before a game. The former Marshall High School standout is hoping to become the first ex-Maverick to hoist the national championship trophy.

If one of those goals was to play in the college football national championship game, he’ll be able to cross one major item off his list as of Monday night.

“Last year, there were some games we could have won to play in the national championship but this year, we learned from our mistakes and we had a lot of people coming back, so we knew this was the year.

“Plus, playing in New Orleans, it was just perfect.”

As a freshman in 2018, Hines played in eight games, including one start at left guard against Mississippi State where he helped the Tigers defeat the Bulldogs, 19-3.

He came off the bench to fill in for an injured Garrett Brumfield and helped lead the Tigers to a 22-21 win over Auburn.

He also played 75 snaps against No. 2 ranked Georgia, helping pave the way for the Tigers’ offense that gained 475 yards.

Then this season, as a sophomore, he has seen action at both guard and center as has helped block for LSU quarterback and Heisman Trophy winner Joe Burrow.

“It is an honor blocking for a Heisman winner,” Hines added. “He’s a laid back, chill person outside of football.”

Another moment that stands out to Hines from this season is when his Tigers defeated Alabama on the road in a 46-41 final.

“When we beat Bama, it took me a couple days to realize we actually did,” Hines offered. “After that, we realized we just have to show up and finish strong.”

Once he takes the field for Monday night’s game, Hines will be the first former Marshall Maverick to play in college football’s championship game.

“It really means a lot,” Hines said. “I worked really hard and I had a good season last year and I’m having an even better one this year. I’ve really tried to take the things I learned while at Marshall and apply them to here and so far, we’re successful because everyone is on the same page.

“What I learned from Marshall has really helped me keep other players up.”

His Tigers will have the task of defeating the defending national champion Clemson Tigers.

“We just have to stick to our game plan,” Hines said when asked what LSU must do to come out with the win. “We’ve been coached well. We’re all just one team. If we just play as a family, we’ll be alright.”

Hines is often reminded of another former Marshall Maverick who played for LSU – Hall of Fame quarterback Y.A. Tittle.

“I see his stuff all around the building, being an All-American and stuff like that,” Hines said. “It really means a lot seeing another former Maverick.”

The offensive lineman isn’t the first person in his family to suit up for the Tigers. His grandpa also played for LSU for a brief period.

“I found that out later in my high school career,” Hines explained. “He never told me and I had always been an LSU fan. So it was just funny that everything ended up falling into place.”

As he works to continue to meet his goals, Hines knows his story can help serve as an example to others who would like to be in his position one day.

“Keep God first and work,” Hines said when asked what advice he would give to those with goals similar to his.

“Make sure you take care of your business outside of football. Football is important, but there are other things you need to take care of first, like school work. You’ve got to have good grades. Keep your test scores up.

Hines is majoring in sports administration and said he’d like to eventually go into coaching but wants to first take a shot at going pro.

“That’s the goal but right now I’m trying to help my team win and I’ve still got at least another year,” he said. “Right now, we’re trying to make sure the team is in good shape and everything else will take care of itself.”

In the meantime, Hines is more focused on winning the national championship and even though he expected to be here, the feeling is still somewhat surreal.

“It’s different because I’ve never been on a team that made it this far so it’s surprising still. We had one of the toughest schedules. We know we’re ready but it’s still like, ‘Wow, we’re really playing in the national championship.’”