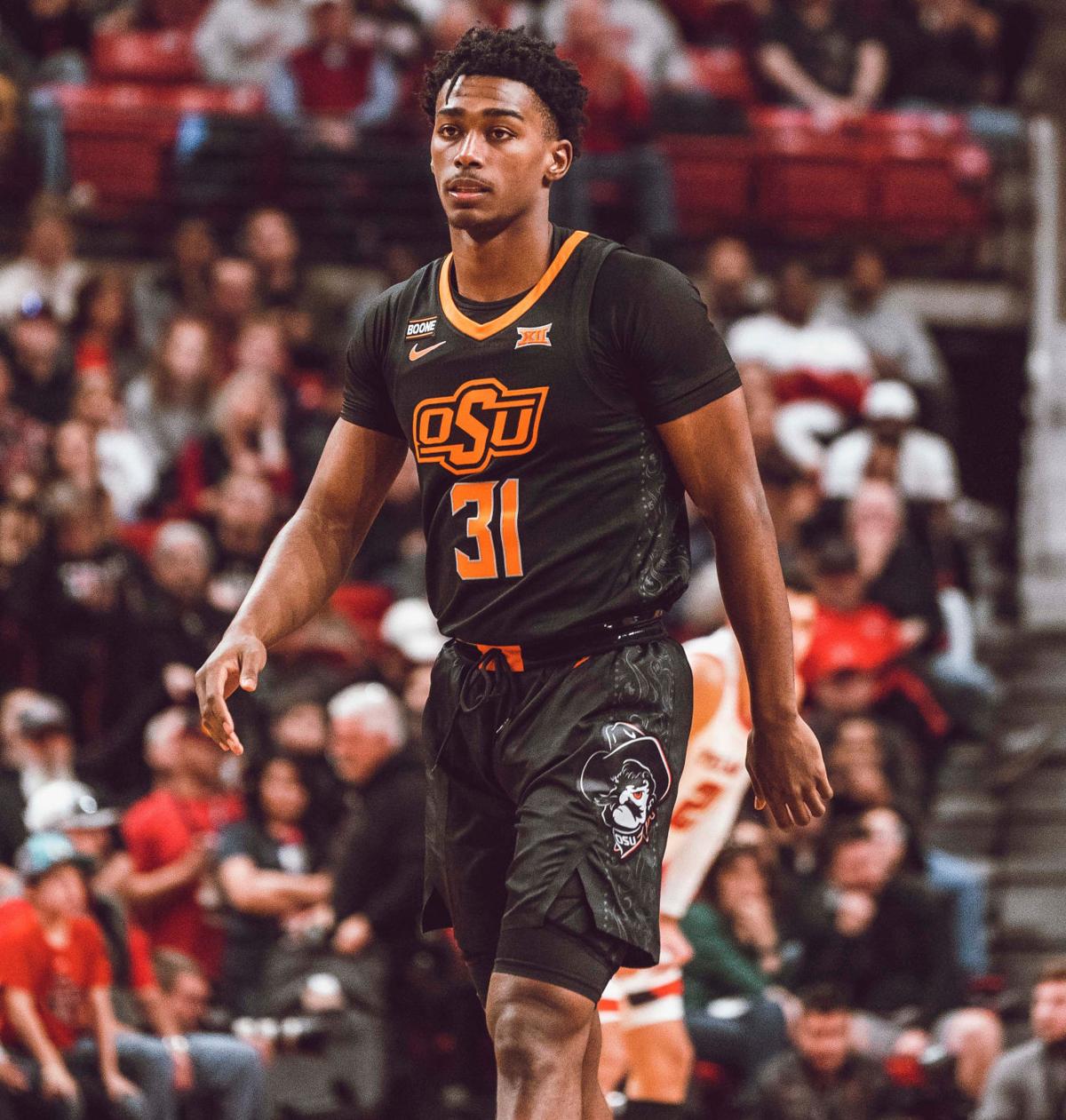 Jefferson’s Dee Mitchell walked on to the basketball team at Oklahoma State University. 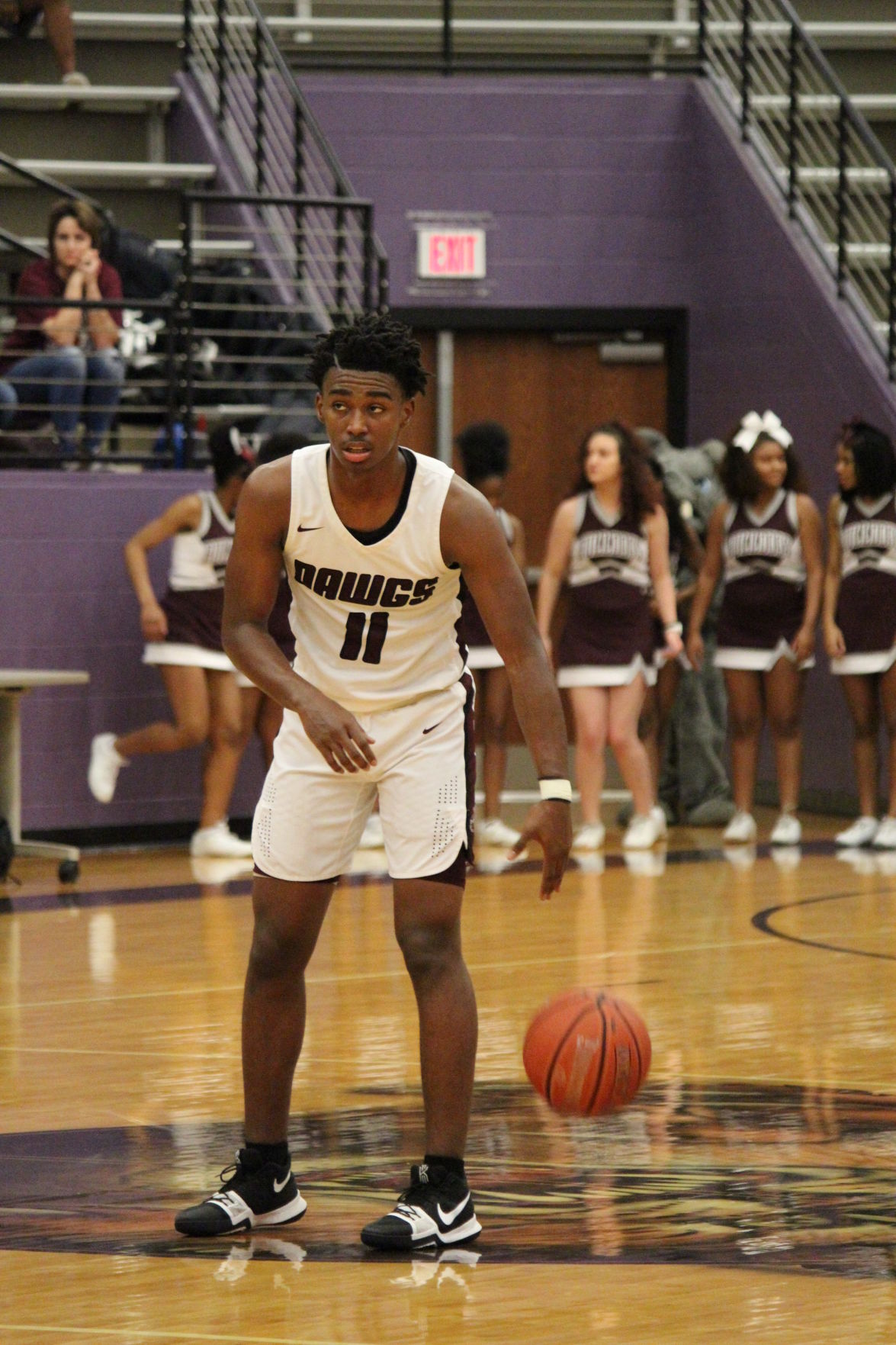 Dee Mitchell dribbles the ball down the court in his senior season with the Jefferson Bulldogs. (News Messenger File Photo)

Jefferson’s Dee Mitchell walked on to the basketball team at Oklahoma State University.

Dee Mitchell dribbles the ball down the court in his senior season with the Jefferson Bulldogs. (News Messenger File Photo)

On March 11, with just seconds remaining, Oklahoma State’s Isaac Likekel drove the lane to score the game’s winning layup to help the Cowboys defeat Iowa State 72-71 and punch their ticket to the second round of the Big 12 Conference Tournament.

“That was probably the biggest moment of our season,” Jefferson native and Oklahoma State sophomore Dee Mitchell said.

Despite the fact that OSU came away with the win, that moment turned out to be the team’s final moment of the year as all NCAA sporting events were canceled. That left the Cowboys only wondering what their fate would have been, whether they would be in the NCAA Tournament or the NIT.

“All I know is we had Kansas in the Big 12 Conference Tournament,” Mitchell said.

Although it might be the end of the season for Mitchell and the Cowboys, the Jefferson native has learned to control only what he can control and take advantage of the opportunities that come his way.

“There was an open tryout after some players got kicked off the team and they didn’t even have enough to practice with so coach wanted to have some players from walk on tryouts practice and I ended up proving that I could play better than he expected a walk-on to, so he took me and another walk-on into this year,” Mitchell said.

“I knew he had the ability,” Jefferson boys head basketball coach Treston Dowell said. “If you’re from here in East Texas, you’re always going to be put off, shoved to the side until you prove that you can play with the big boys. We knew he had the ability and we had a couple guys who we thought had the ability to go play but it was just a matter of getting that opportunity. He was in the right place at the right time and got an opportunity and made the most of it. He was there just going to school and they had some guys get into trouble and they did open tryouts. He was there playing intramural ball at Oklahoma State, got a tryout, made the cut, stuck around for that half of the year and then coach told him he was going to bring him back for this year. He even started some games this year.”

Mitchell believes his stories can help inspire others to keep working hard and not give up.

“I believe people thing of East Texas as a football area of Texas and a lot of people don’t make it out playing basketball,” he said. “I heard that a lot growing up that I wasn’t going to be able to come out here and play basketball at a high level. Knowing I heard that, I’m sure other kids have heard the same thing, it’s possible as long as you want it.”

“It’s all a testament to him and his hard work,” Dowell added. “We like to think we did something to help him but he’s just so self motivated. He’s driven.”

Once he made the team, he made a phone call back to Jefferson.

“It was exciting,” Mitchell recalled. “I didn’t believe it at first. I was so happy and I called my parents to let them know. That was the first thing I did.”

After OSU, as well as several other schools around the country shut down, Mitchell returned home to Jefferson and went right back to work with his high school teammates and coaches.

“We still work out all the time,” Mitchell said. “We’ve actually got a workout today at 5.”

“I’m telling, I swear, anytime he comes in from Oklahoma State, he doesn’t even get his truck parked before he’s calling me to get in here to the gym,” Dowell said. “He’s trying to get enough guys up to get a run in.”

Even though his team’s season was cut short because of the global virus, you can’t take away what Mitchell has accomplished.

“It’s movie-quality stuff,” Dowell said. “He’s an even better kid than a ballplayer.”