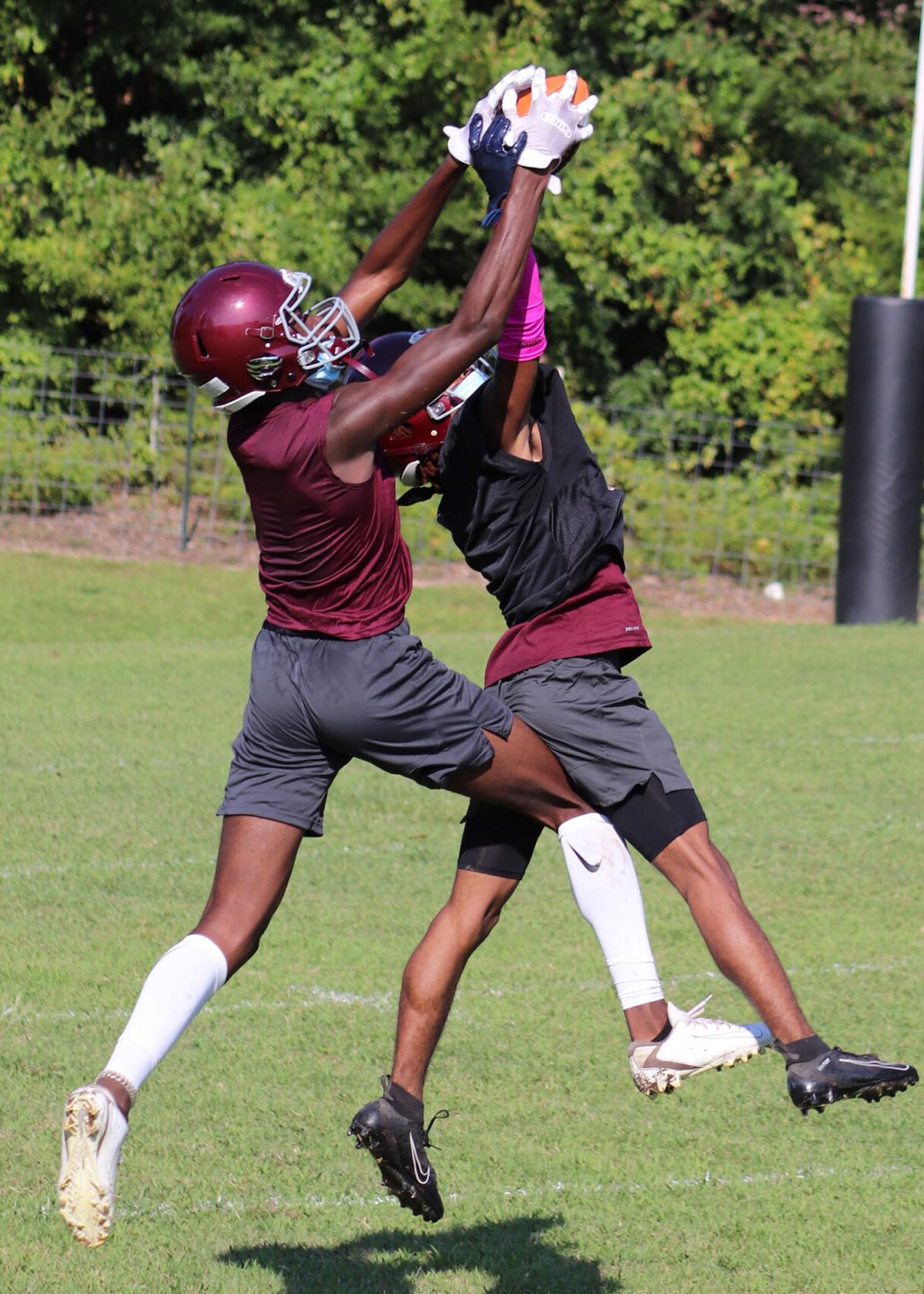 A Jefferson receiver and cornerback battle for the ball during Tuesday morning’s practice. 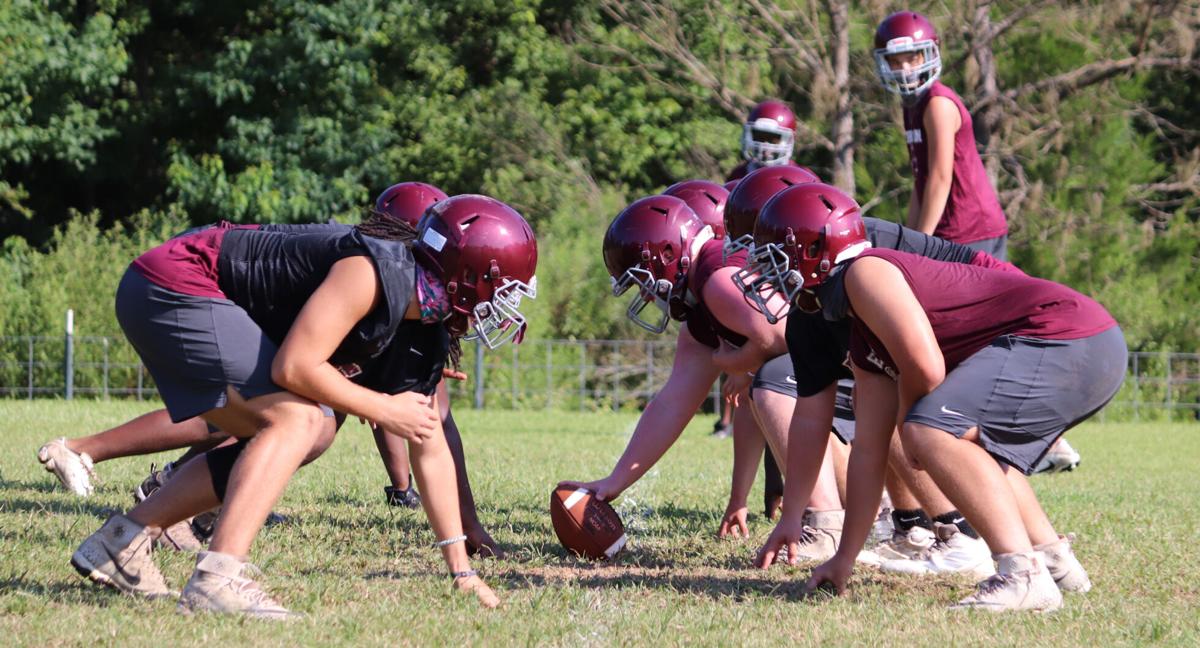 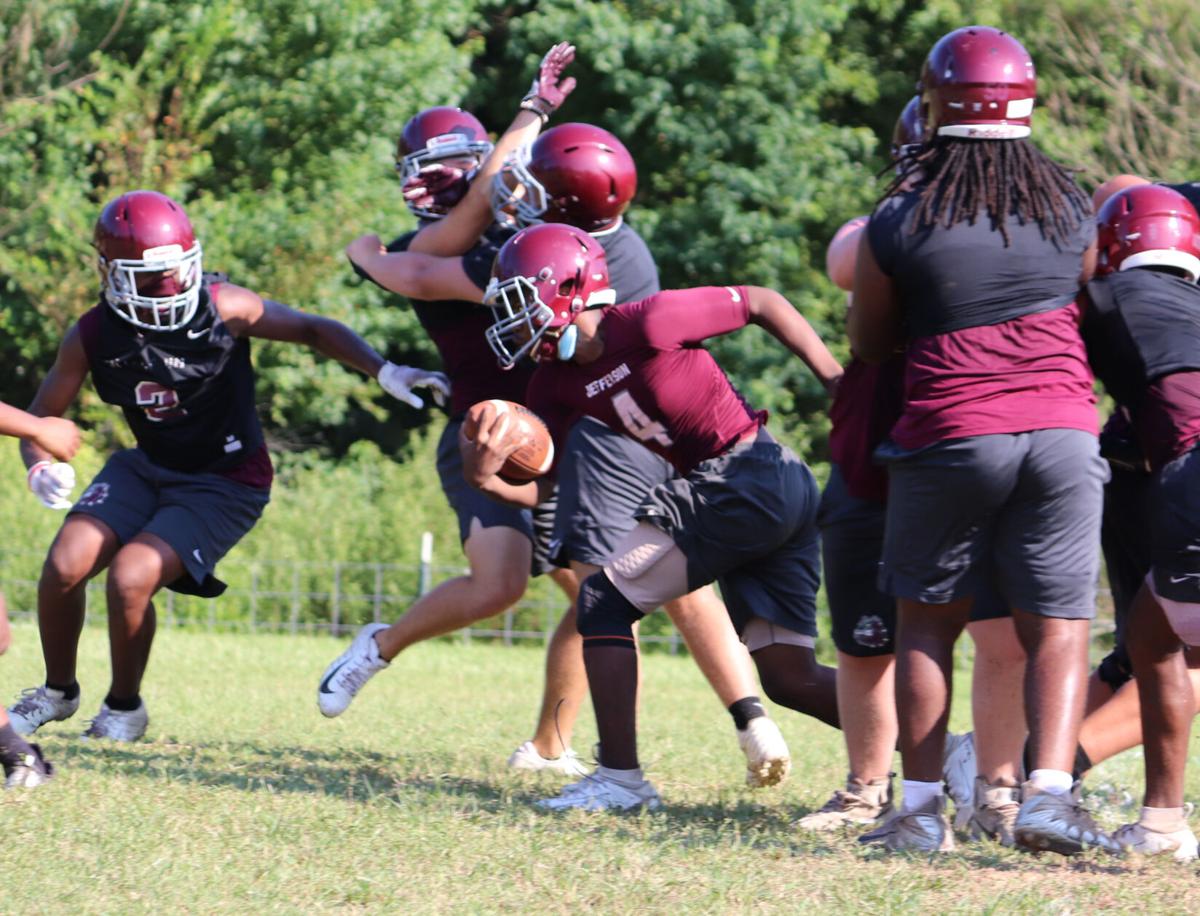 A Jefferson running back scampers up the middle during practice Tuesday.

A Jefferson receiver and cornerback battle for the ball during Tuesday morning’s practice.

A Jefferson running back scampers up the middle during practice Tuesday.

“I’m just excited about the new names,” he said. “That senior class that graduated had a bunch of guys who played a lot of ball so there’s going to be a bunch of new faces for us and it’s exciting. That’s what high school football is all about.

“We were in church on Sunday and one of the girls was wearing a Longview shirt that said, ‘We don’t rebuild, we reload,’” Jimmerson added. “So we have new faces but the same expectations.”

Despite having a lot of new faces, Jimmerson said his Bulldogs have several weapons on both sides of the ball.

“We’ve got a few proven guys like (Christian) Shepard, he’s a proven receiver,” he added.

“We have the safety, Zion Hopes, that, Kylan (Thomas) started in front of him at safety, but we tried not to play Kylan too much on defense last year because he was carrying the ball so much.

“He’s (Hopes) is the kid that committed to Tulsa, so he played a lot in the secondary last year and he’s done a good job of getting guys lined up. So we’ve got those guys.

“This kid over here (Dameon Warren) had over 100 tackles last year.

“Up front is where we lost a lot of kids but we return (Jordan) Friday and (Alex) Romano. They’re both returning starters on defense and now we’re asking them to play both ways among a bunch of young guys but they’re good leaders. We’ve got a good group.”

Despite being away from the school and athletic facilities, Jimmerson said his student athletes remained in decent shape.

“Most of their parents had a hard time keeping them in the house,” he offered. “They’re all over the place. They’re pretty active kids.”

The Bulldogs are scheduled to scrimmage on the road against Elysian Fields on Thursday, Aug. 20, at 6 p.m. and will kick off the season Friday, Aug. 28 in Pittsburg.