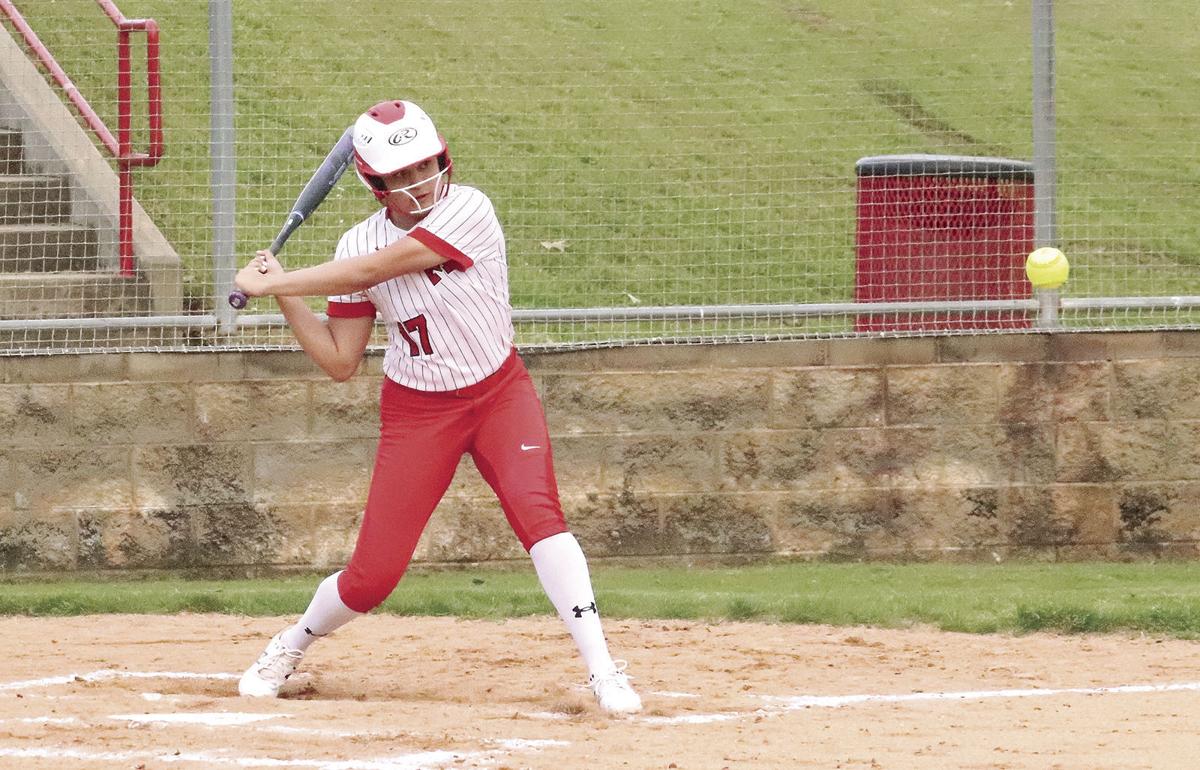 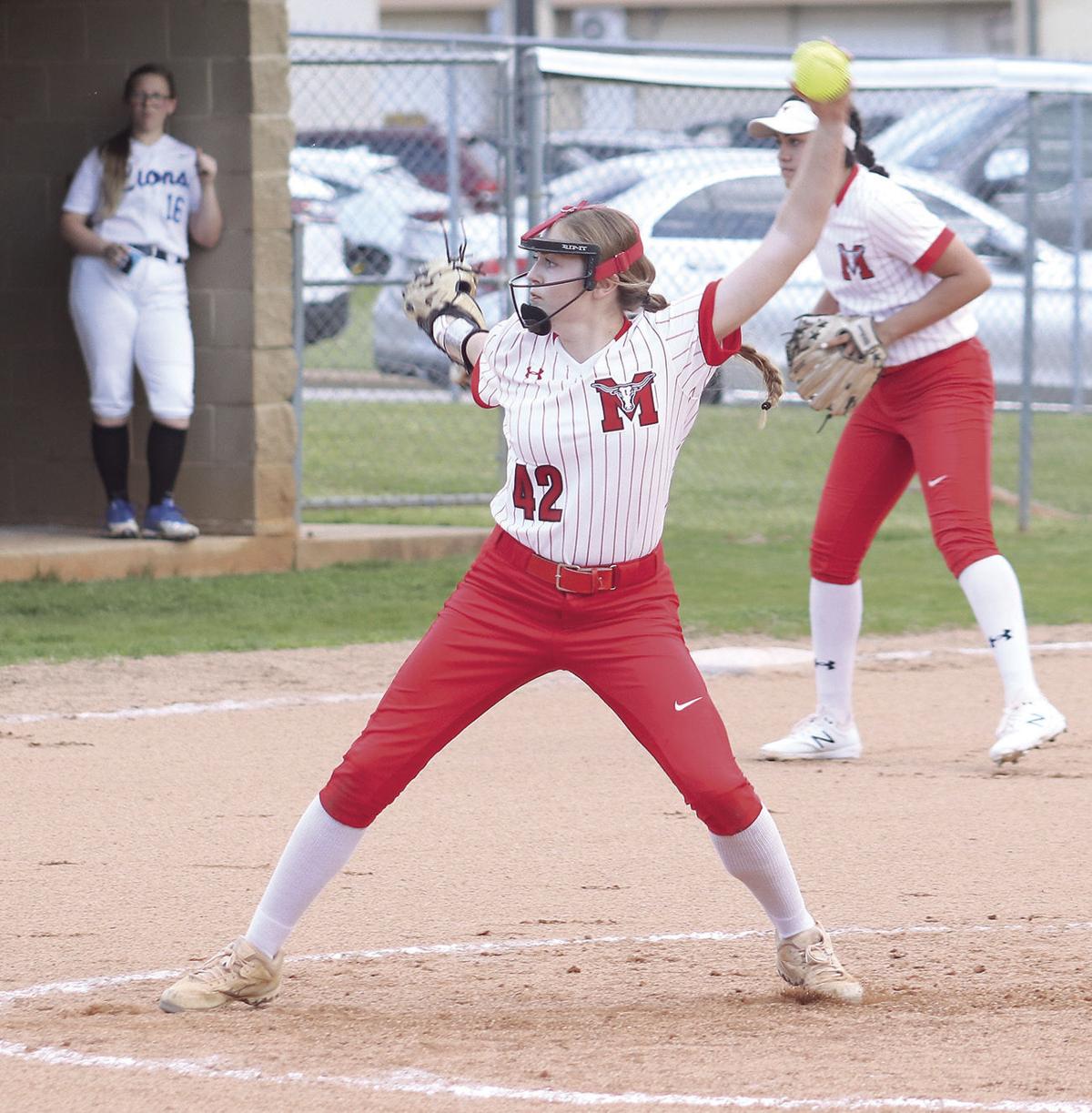 It only took two-and-a-half innings for Marshall’s softball team to earn a win in its district opener over John Tyler, beating the Lady Lions 15-0 at home.

Marshall now holds an overall record of 16-5 overall and 1-0 in district play. John Tyler falls to 0-1 against district opponents.

“I’m pleased with their poise,” Marshall head softball coach Alli Shepperd said after the game. “It’s hard to teach high school kids to win gracefully and I think they did a good job of that. It’s also hard to teach them that you don’t have to run up the score just because you can and they understand that. That’s hard to teach high school kids sometimes because they think, ‘I want to get more,’ but they did a great job and did exactly what I asked them to do. They hit strikes and watched balls and that’s all we can do.”

John Tyler only went through its rotation one time as each batter was struck out by Marshall pitcher Caitlyn Ellenburg. Offensively, the Lady Mavs scored their 15 runs on six hits and nine walks.

Caitlyn Ellenburg homered, reached on a single and a walk, batted in two runners and finished the night with two runs. Adriana Vences had a single, a triple, one RBI and scored one run. Maycee Griffin reached on a triple and an error and scored two runs.

Caitlyn Ellenburg struck out the first three batters of the game to bring it to the bottom of the first.

Maggie Truelove got to second on a base hit to lead off the bottom of the second. She then stole third before taking advantage of a wild pitch and running home to score the first run. The second run of the game came when Caitlyn Cllenburg lauched the ball to the right-center-field wall before making her way around the bases for an in-the-park home run. Adriana Vences reached on a single then made her way around to third.

She ran home to score on a passed ball as Buchanan walked. That made the score 3-0. Kendall Bickerdike came in as Buchanan’s courtesy runner and made her way around the bases to make it 4-0. Abby Vences was walked before scoring her team’s fifth run. Palmer and DePaPaz each reached on a walk before going on to score. Griffin launched the ball to the left-field wall for a standup triple as it went back to the top of the order. Griffin scored on another wild pitch to make the score 8-0.

The Lady Mavs intentionally stepped off base to close the inning.

Like the top of the first, the top of the second saw three Lady Lions strike out to end the inning. Bickerdike, Johnson and Emily Ellenburg were all walked to load the bases in the top of third. Griffin reached on an error as the ball went between the third baseman’s legs into the outfield. That scored Bickerdike and Johnson.

Maggie Truelove was walked and that loaded the bases once again. Cate Truelove’s two-RBI base hit made the score 15-0 and the Lady Mavs stepped off base three times to bring it to the top of the third where Caitlyn Ellenburg struck out the final three batters of the night.

The Lady Mavs are slated to return to action Thursday at 5:30 p.m. when they play host to Hallsville.

“We’re going to try to stay on a routine,” Thompson said.

“We’ve been going to weight room every Wednesday so we’re going to go work out with coach Rob (Phillips) and then we’re going to have practice and just get ready.”