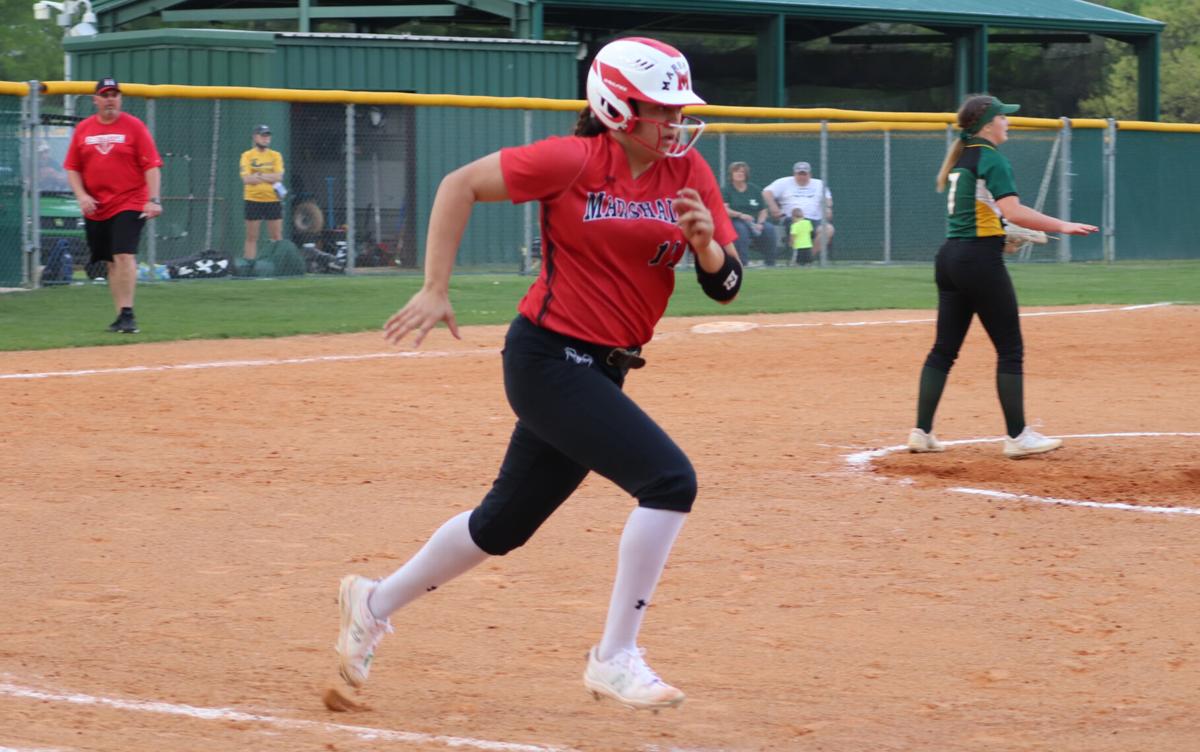 Nana Vences runs toward first base in Tuesday night’s road game against the Lady Lobos. 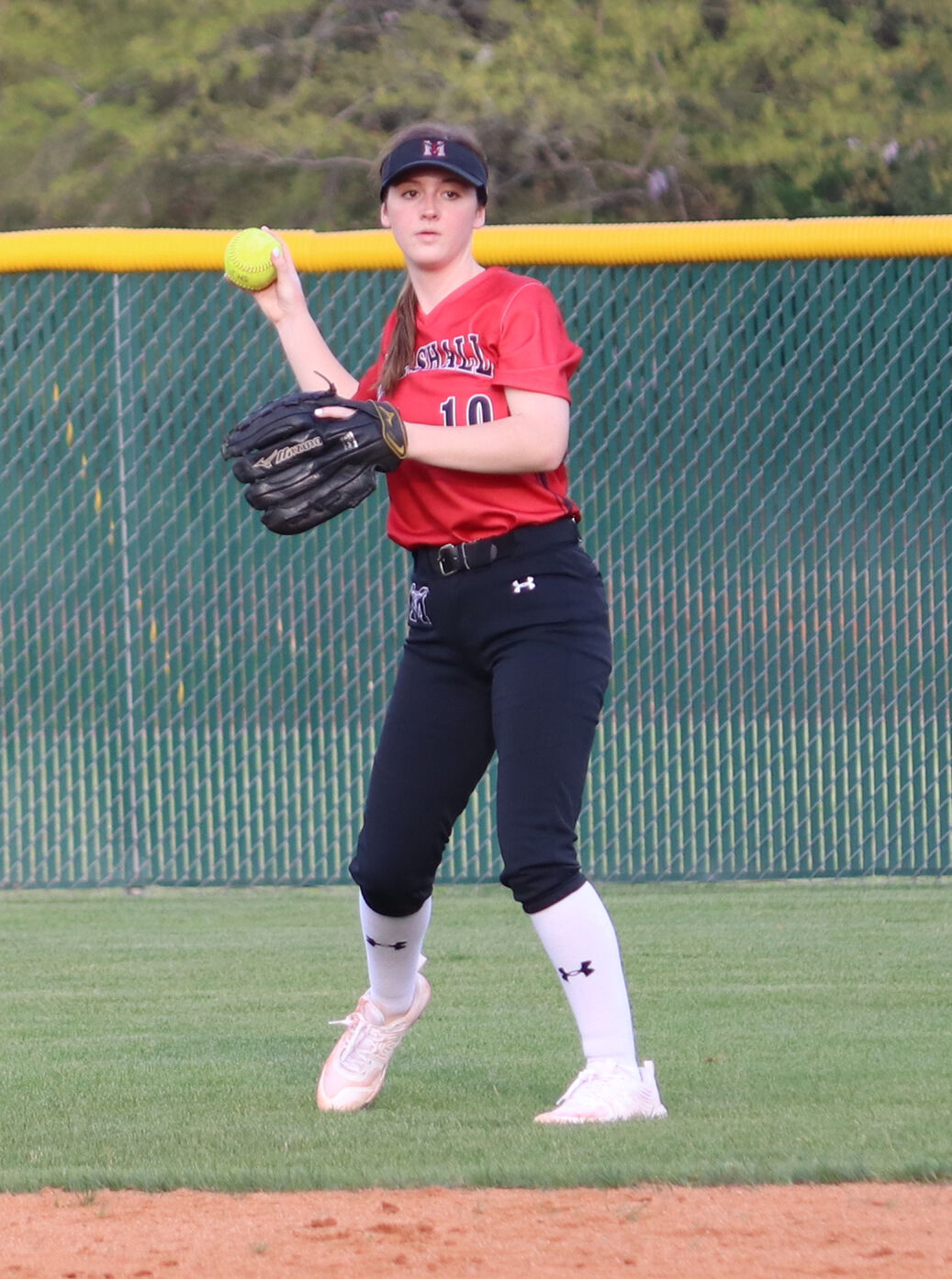 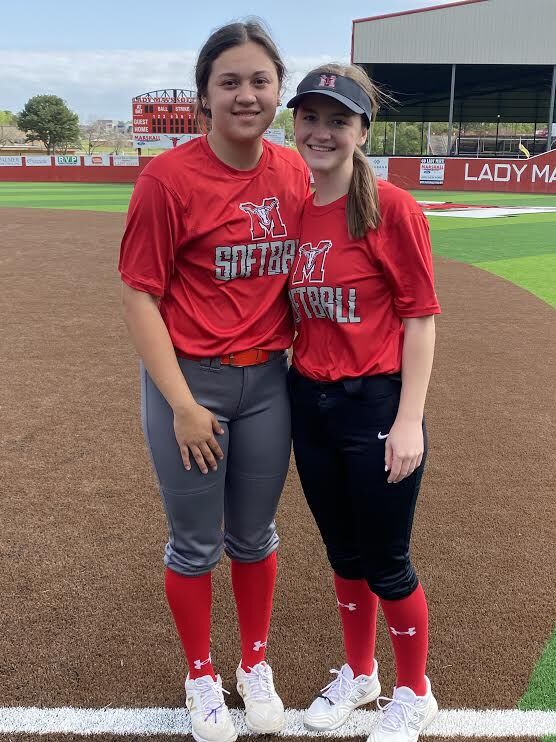 Nana Vences, left, and Maggie Truelove are set to play their first home game of the second round of district play tonight against Mount Pleasant.

Nana Vences runs toward first base in Tuesday night’s road game against the Lady Lobos.

Nana Vences, left, and Maggie Truelove are set to play their first home game of the second round of district play tonight against Mount Pleasant.

Tuesday night’s win against Longview marked the beginning of the second round of district play for Marshall’s softball team and tonight will be its first home game in the second round as it takes on Mount Pleasant, a team that defeated the Lady Mavs in the first half 10-0.

“We’ve seen their pitcher,” Marshall junior Maggie Truelove said. “We should have done a lot better than we did and I think now that we’ve kind of started to get our bats going, we should be set going into that game. Definitely having a lot of people coming and having them behind us in the stands will help us keep our energy up and give us confidence.”

“We can’t go in thinking that the team is not very good,” senior Nana Vences said when asked what she learned from the first half of district that she thinks the team can use to earn some wins going forward. “I think we did that one or two times and it didn’t go well.”

“Personally, I’ve noticed that I’ve gotten a lot more confident and a lot calmer in the batter’s box,” Truelove said.

“I think just staying calm in all aspects of the game and trusting each other more and trusting my defense,” Vences said of how she has improved through the season.

One thing that helps them stay calm is their walkup music during their home games.

“Mine is ‘Drop It Like It’s Hot” by Snoop Dog,’ Truelove said. “It makes me laugh every time. I don’t know why. I think going into the batter’s box positive and laughing helps.”

“‘Get Like Me’ was just kind of a hype song for us and ‘All-Star’ was kind of like saying we’re definitely not perfect and try to make light of it,” Vences explained.

Truelove is 25-of-48 from the plate where she has five doubles, three triples, eight RBI 18 runs, two walks eight strikeouts and a batting average of .521.

Achorn is hoping the Lady Mavs can carry the momentum from Tuesday night into tonight.

“Getting a win Tuesday night was good momentum for the girls but only having one day of practice to get ready for a good team like Mount Pleasant puts a little more pressure on us. Hopefully that win Tuesday will give us a little confidence to help us Thursday,” Achorn said.

Tonight’s game between Marshall and Mount Pleasant is slated for a 6 p.m. first pitch.