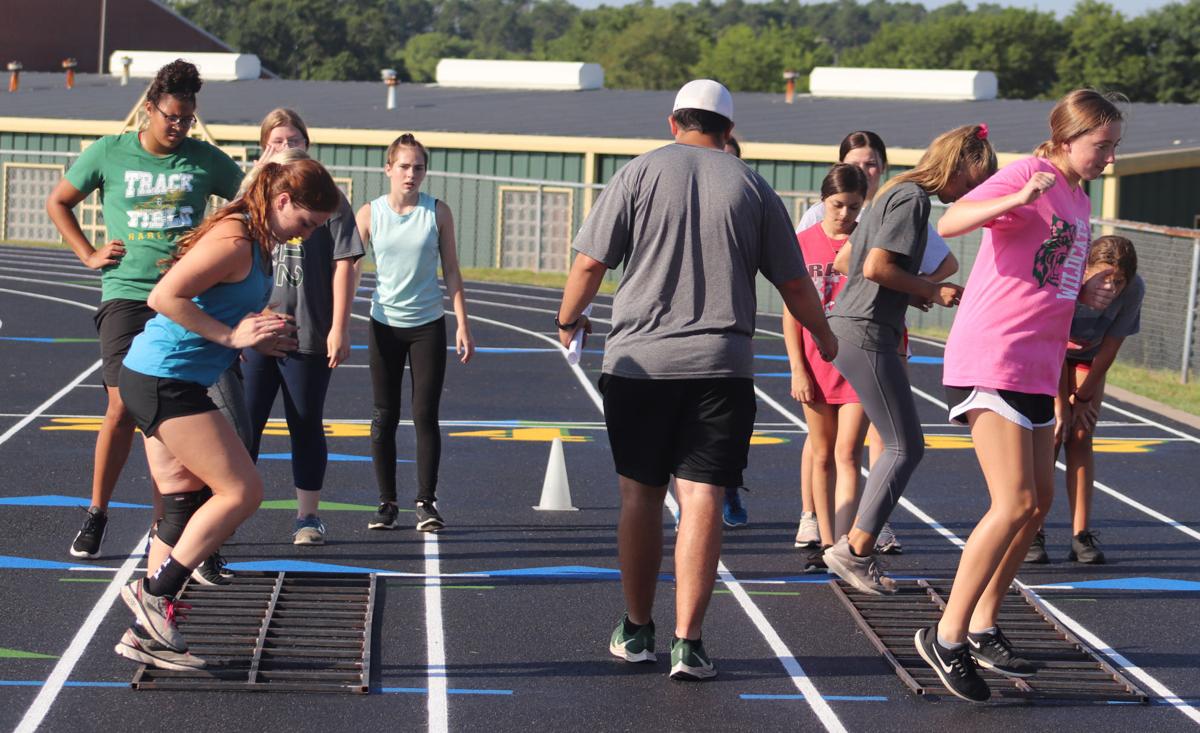 Student athletes race down the track in workouts on Friday morning. 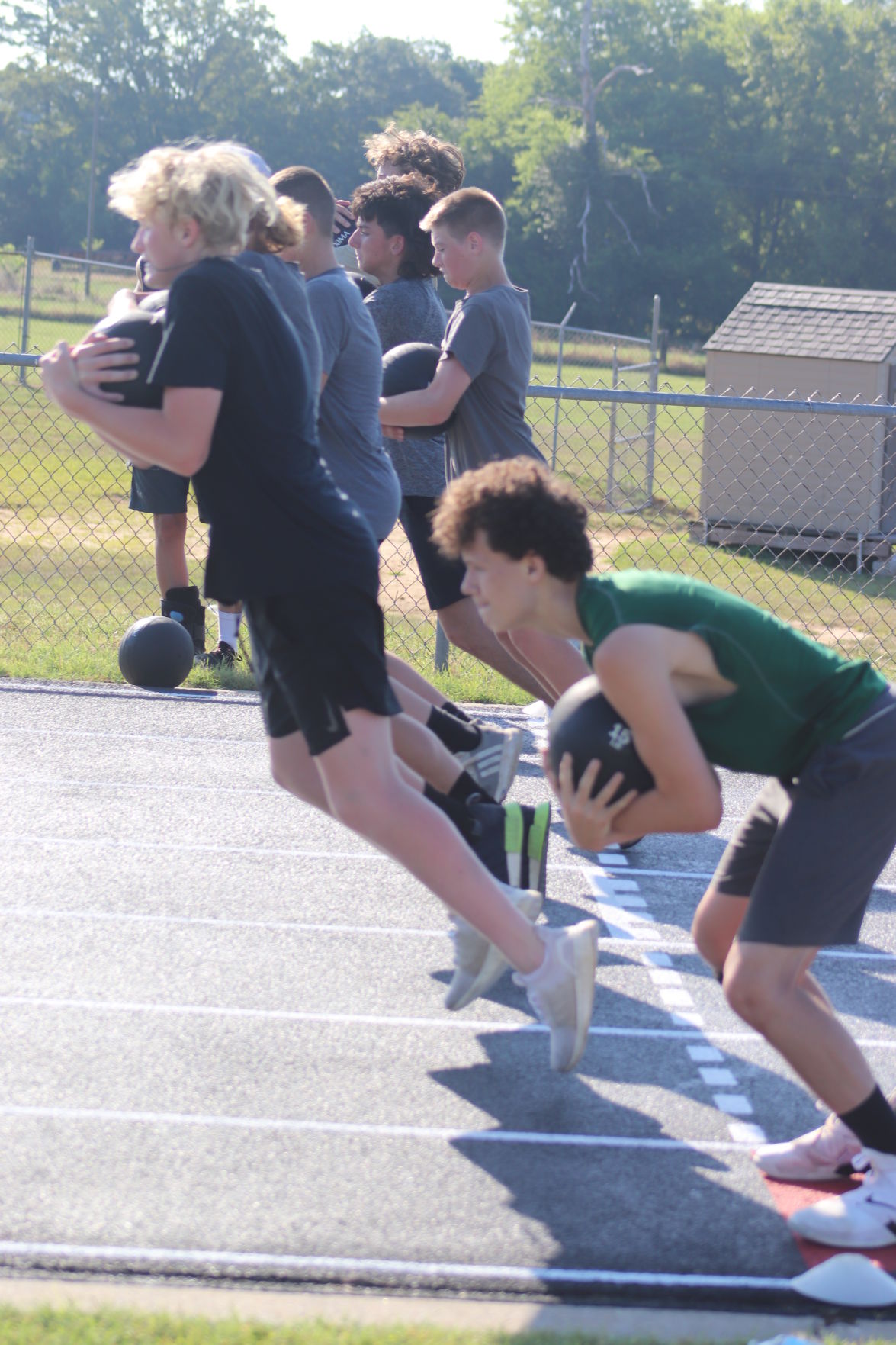 Student athletes race down the track in workouts on Friday morning.

Two weeks are in the books for Harleton’s athletic workouts.

Athletic director and head football coach Kyle Little likes what he has seen so far.

“It’s going great. I’m real impressed with what we’ve been doing. On a good day, we average 120-130, overall, we’re averaging a little over 100 a day. Today we have about 100. We have them in five groups of 20 but we have TSI testing today so that took off a bunch of kids and they have a baseball tournament. They’ve got a three-game series in Marshall today. We’re working out five days a week and the baseball guys took off. We do have some of the baseball guys here today but some of them took off today, which is understandable because they’re going to play three games of baseball today.”

Little added his student athletes were in better shape than his staff anticipated.

“That’s the good thing about these kids is they don’t mind working,” he offered. “Our kids will work. Our slogan is, ‘work wins’ and that’s not just something we thought would look good on a t-shirt, that’s a way of life for us. That’s what we do – we work every day and these kids don’t mind showing up and working. We came in and we were in a lot better shape than I thought we would be. You can tell a lot of these kids have been active. We eased into it and we were like, ‘Dang, they’re actually in pretty good shape.’ So we started cranking it up a little bit and they’re getting a lot of work done.”

The coach added they’re doing everything to make sure they follow the proper protocol.

Little said he and the students are glad to see each other again.