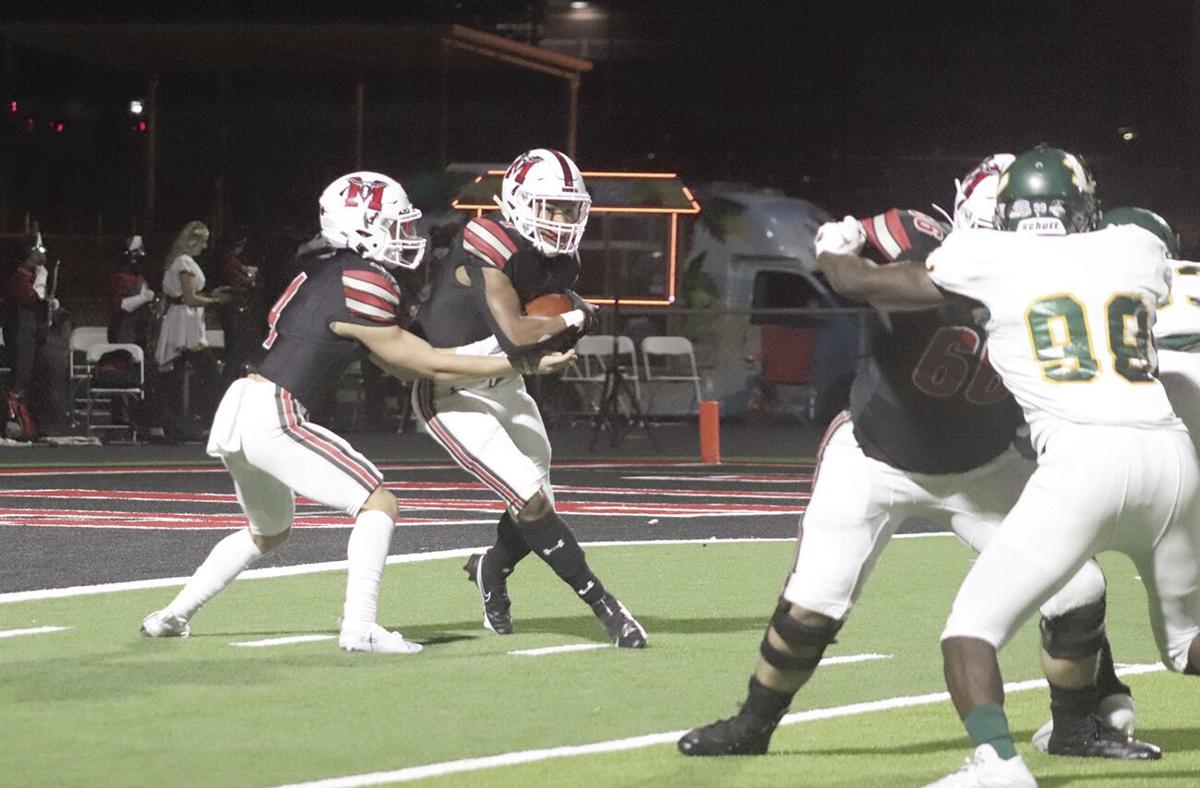 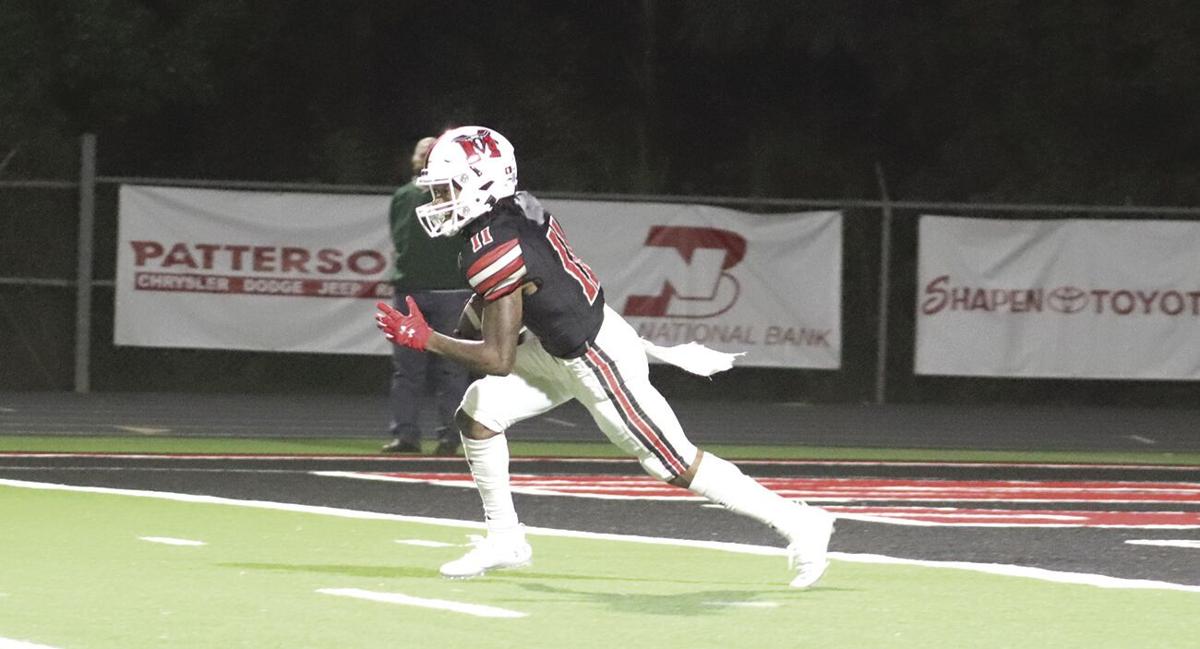 Early in the first quarter, it looked like the 111th meeting between Marshall and Longview was going to be closer than it was but in the end, the Lobos routed the Mavericks in a 53-21 final on Friday night.

Marshall finished the night with 208 yards total offense, 153 coming through the air and 55 coming on the ground.

Demarcus Williams was on the receiving end of all three of Marshall’s touchdowns. He finished the night with six catches for 143 yards and three scores.

The majority of Marshall’s rushing yards came on a 53-yard run by A’Derrin Brooks.

Landyn Grant started at quarterback, going 4-for-7 for 89 yards and one touchdown. Jordan Allen threw four passes, completing six of them for 70 yards.

Kaden Meredith led the Lobos’ rushing attack with 132 yards and one touchdown on 20 carries.

Markevion Haynes had 16 carries for 127 yards and two scores.

The Lobos pounded the ball on the first drive and marched down to the one-yard line where Grant finished off the drive on a one-yard quarterback keeper for the score.

The extra point failed, leaving the score at 6-0 with 7:36 left in the first quarter.

Just 18 seconds later, the Mavericks got on the scoreboard.

Burris threw his first-career touchdown pass when he connected with Demarcus Williams for an 80-yard strike to the end zone.

Buck Buchanan tacked on the extra point to give Marshall its only lead of the night, up 7-6 with 7:18 left in the opening quarter.

Longview regained the lead for good when Merdith score his first touchdown of the night on a three-yard run. Spencer Powell tacked on the extra point to make the score 13-7 with 5:13 left in the opening quarter.

The Lobos continued to pour it on.

Grant found Jalen Hale for a 41-yard touchdown pass with 2:08 remaining in the first quarter. The extra point put Longview up 20-7.

The first score of the second quarter came on a five-yard run by Otarvio Buchanan to give his team a 27-7 lead at the 7:28-mark.

Marshall had its back to the end zone, inside the one-yard line when Burris step out of the end zone for a safety. That made the score 29-7 with 5:54 left in the first half.

Haynes score the last two touchdowns of the first half, the first coming on a 30-yard run with 2:39 remaining, and the other coming from five yards out with 1:30 left, making the halftime score 43-7.

Allen scored the first touchdown of the second half on a one-yard quarterback sneak. That put the Lobos up 50-7 with 8:14 left in the third quarter.

A 53-yard run by Brooks led to a 15-yard touchdown pass from Burris to Demarcus Williams. That made the score 50-14 with 3:18 left in the third.

Burris connected with Demarcus Williams yet again, this one coming on a 28-yard touchdown pass with 51 seconds left in the third.

Powell scored the only points of the fourth quarter on a 19-yard field goal with 3:48 remaining. That made the final score 53-21.

Marshall will look for its second win of the season Friday will it travels to McKinney North. The Lobos will return to action Friday at home when they play host to Tyler Legacy.