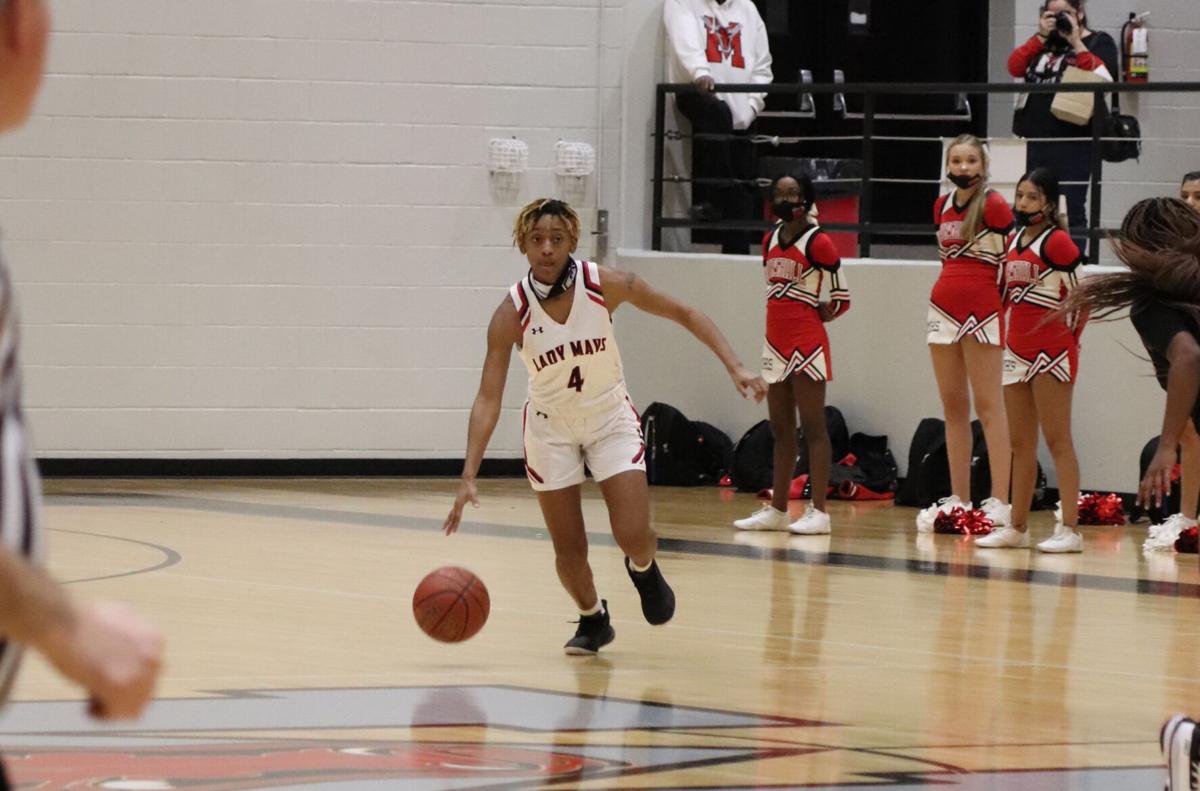 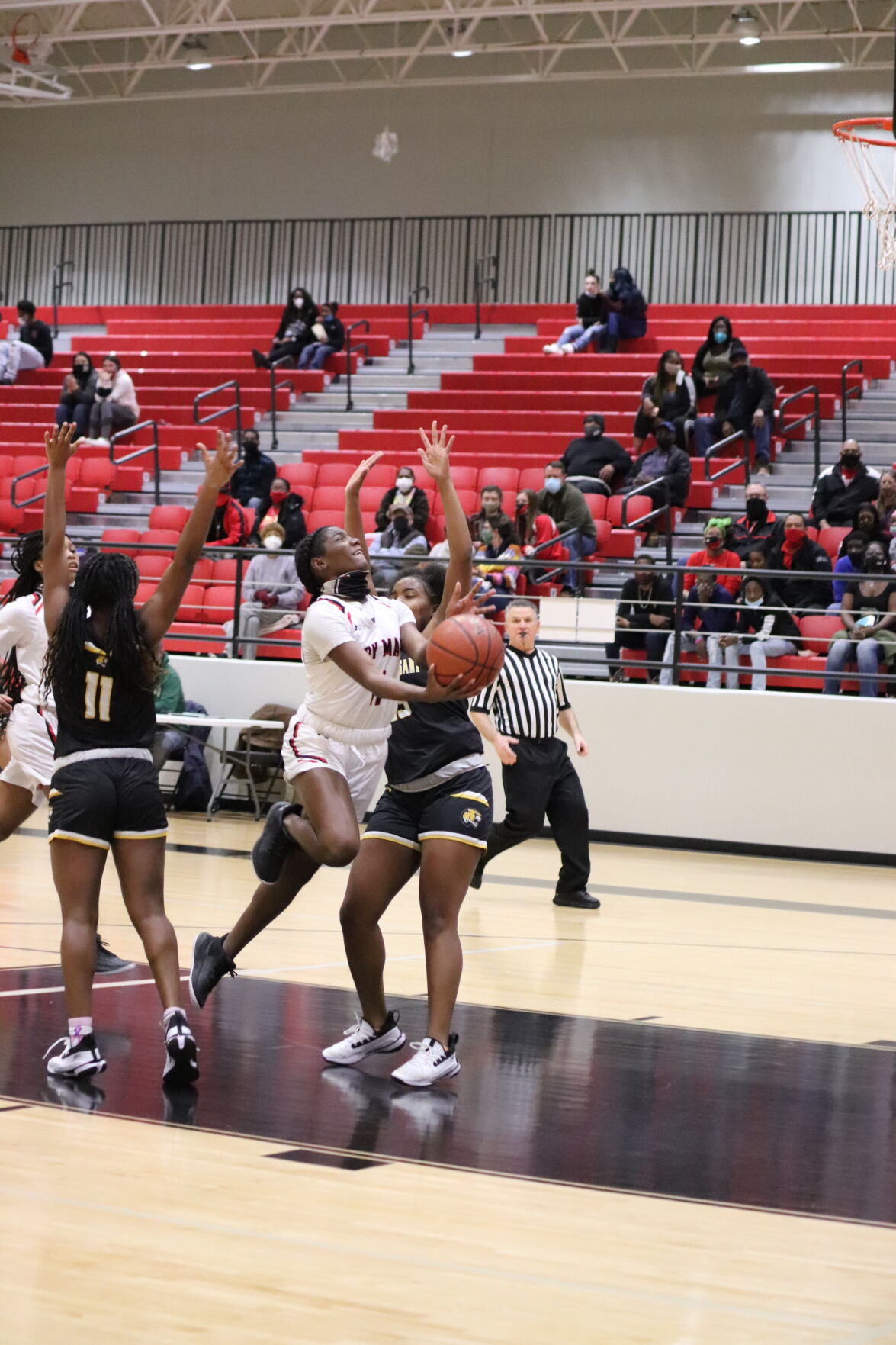 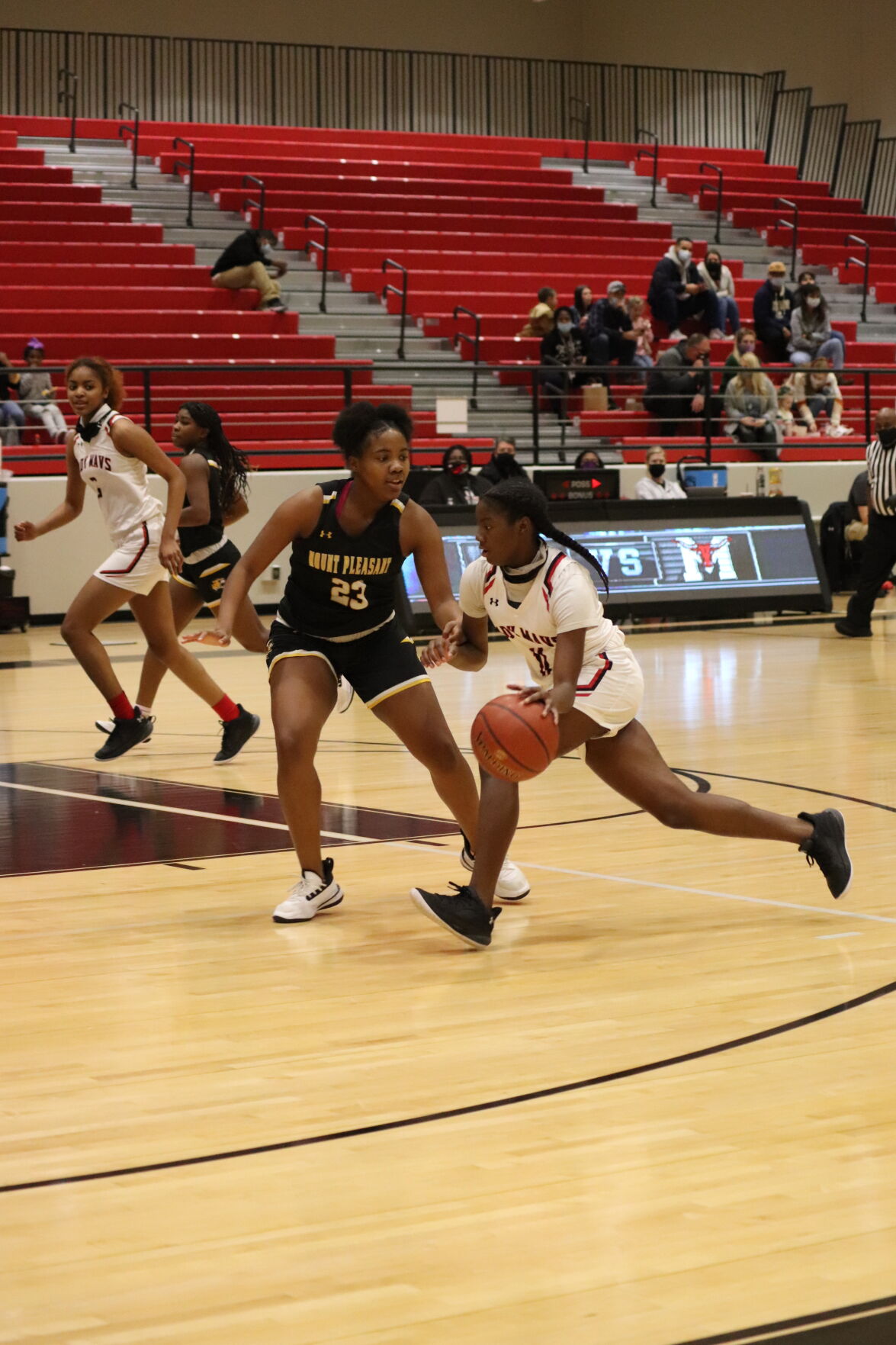 Marshall’s Asia Smith drives to the basket against Mount Pleasant on Friday. 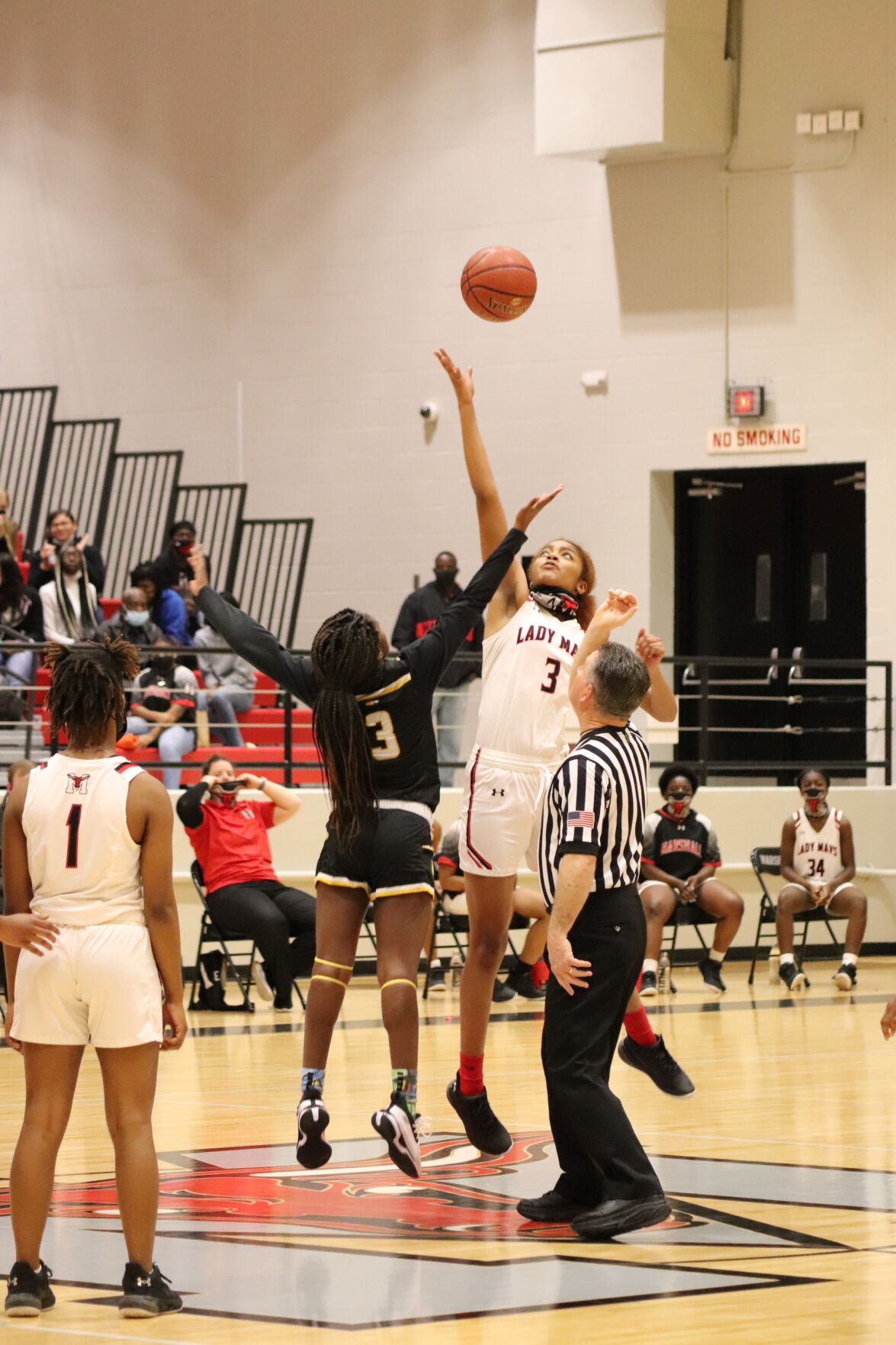 Marshall's Jordan Terry tips things off for the Lady Mavs against Mount Pleasant on Friday.

Marshall’s Asia Smith drives to the basket against Mount Pleasant on Friday.

Marshall's Jordan Terry tips things off for the Lady Mavs against Mount Pleasant on Friday.

Marshall’s girls basketball team was unable to come away with the win Friday night when it fell short to the Mount Pleasant Lady Tigers 43-37. Marshall now holds a district record of 3-2 while the Lady Tigers are 3-1.

“I think the game changing moment was they made their shots,” Marshall head girls basketball coach Eric Woods said after the game. “They made threes specifically and that gave them a cushion. That’s what the game of basketball is really about. It’s about makes and misses. They made a couple shots which gave them a comfortable lead and put us in a hole to where we had to pressure up a little bit and put us in a gambling situation.”

Mount Pleasant’s Paris Beard led the game in scoring with 19 points. Autumn Jackson was next in line with 14. Aunesti Brannon scored five points while Kendall Walker scored three and Morgan Brooks came away with two.

Smith banked in a free throw to score the first point of the game just seconds before Brannon made a shot from the floor to give the Lady tigers their first lead of the night. A bucket from Terry put Marshall back in the lead. Marshall added a free throw before Mount Pleasant added two to tie the game up at 4-4. A free throw and a two-pointer for Mount Pleasant gave the Lady Tigers a 7-4 lead. Jones found Terry for the assist. Autumn Jackson knocked down a jumper to score the final points of the first quarter to make the score 9-6 after one.

Spratling hit a jumper to start the second quarter and put the Lady Mavs within one point. Jones knocked down a layup as she was fouled and sent to the free-throw line where she completed the three-point play to put her team back on top 11-9. The next 11 points went in favor of the Lady Tigers who took a 20-11 lead. Gill ended that 11-0 run with by scoring the final five points of the first half to put Marshall within four points, 20-16.

It took about two-and-a half minutes for either team to score in the second half but Smith came up with the first bucket to make it a two-point game. Beard then drained a three on the other end. Mount Pleasant’s next possession saw Beard connect with Autumn Jackson for the assist. Smith came up with a steal and went the distance for two to make the score 31-24. A Marshall free throw was followed by a three and a two from Beard.

Jones scored the first two points of the fourth quarter and Serenity Jackson immediately followed that up with a bucket. Jones then threw up a floater that banked off the glass in for two to make the score 36-31. Brooks scored her first point of the night on the next possession before Terry added a bucket down low, making the score 38-33 with 4:51 remaining. The two teams exchanged buckets before Mount Pleasant called timeout with 2:03 remaining. Smith scored her second straight bucket to cut Marshall’s deficit to three points with one minute remaining. Marshall continued to foul and put the Lady Mavs continued to foul and put the Lady Tigers at the free throw line where they sealed up their 43-37 win.

Marshall will return to action today when they travel to Texarkana to take on Texas High. The varsity’s game is slated for a 1:30 p.m. tipoff.