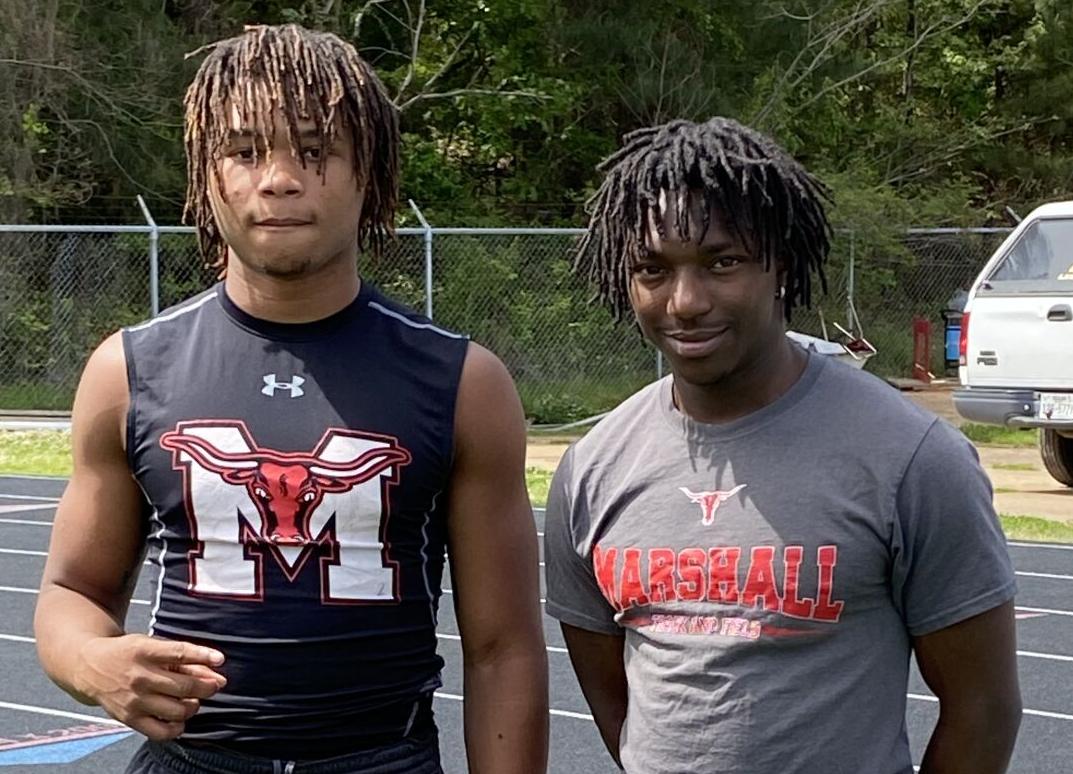 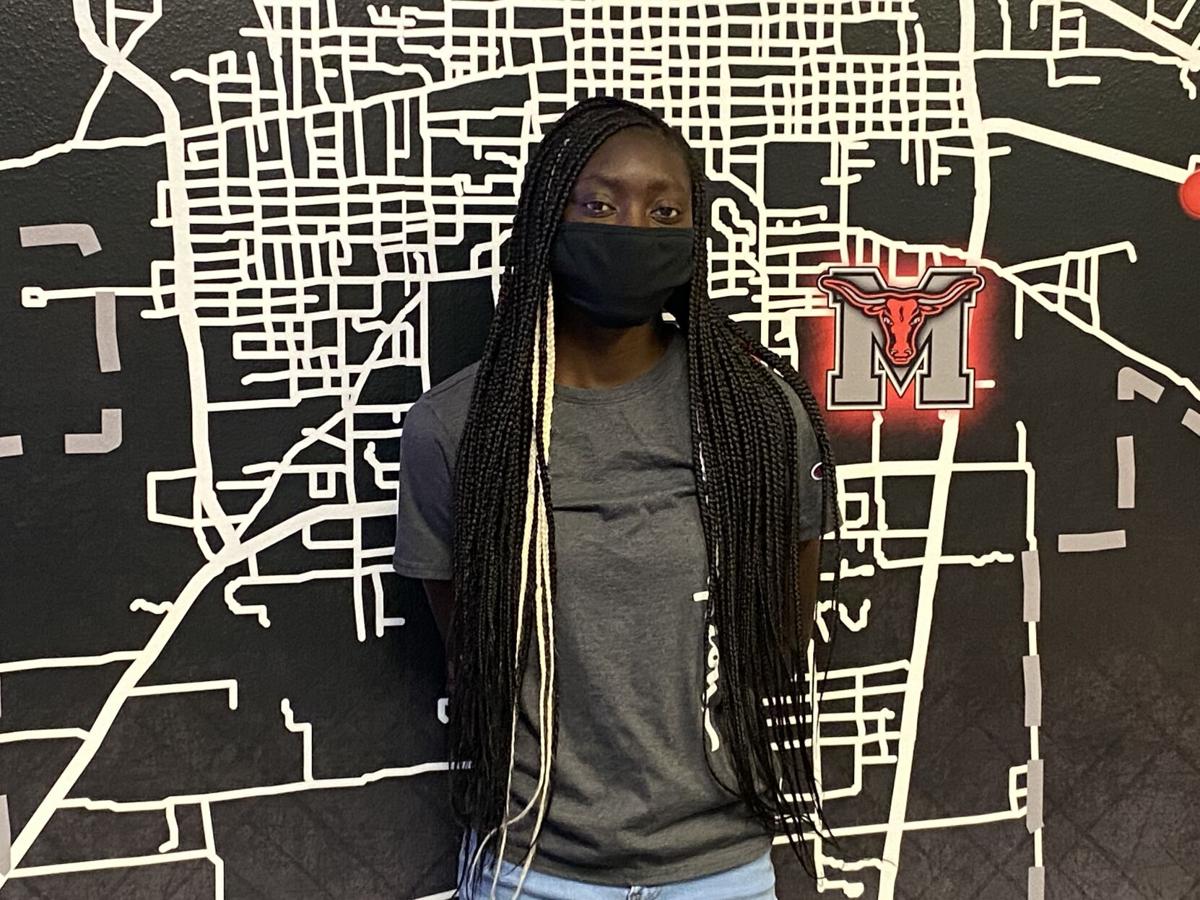 Ti’Naya King of Marshall looks to have a strong performance at the regional track meet today in Hallsville.

Ti’Naya King of Marshall looks to have a strong performance at the regional track meet today in Hallsville.

Two years ago, Ti’Naya King made her first trip to the state meet. Last year, she had goals of going back but then the COVID-19 pandemic hit and changed those plans.

“It gives me a lot of motivation to prove I could have gone last year but COVID came,” she recalls. “We were on spring break. They kept moving the dates, ‘We’ll come back March 27,’ and then it was April and then we were out of the rest of the semester due to COVID. It was sad because I wanted to go back my junior year but now that I’m a senior, I’ve got to work twice as hard because we didn’t have a season last year.”

“It feels good,” Williams said when asked what it’s like to be back on the track after having last season cut short. “It feels real good.”

Today, the three Marshall athletes will be taking part in the area track meet at Bobcat Stadium in Hallsville.

“Effort,” Mapps stated when asked what it will take to be successful in today’s meet.

“We don’t expect it to be easy,” Williams said. “We’ve got to be on point with everything.”

“Make sure we don’t make physical mistakes on handoffs, warm up and run well,” Haggerty said.

“I just expect us to keep getting better and better,” King said. “We’re capable of doing something that hasn’t been done in a long time.”

All three seniors have worked to overcome injuries and health issues to get to where they are today.

“Freshman year I messed up my knee,” Mapps said. “I had my problems with it and sometime’s it’ll be clicking when I’m running.”

“I had heart surgery back in junior high,” Williams said. “I passed out at a track meet in junior high. It was for summer track and I had to sit out for six months.”

“I feel like I’m stronger since I’ve had surgery on my knee (in October),” King offered. “That’s why I didn’t play volleyball.”

Throughout the years of competing in track, the seniors have learned valuable life lessons.

“In order to be successful, you’ve got to work hard,” King stated. “You’ve to work hard on the track, stay in shape, and off the track, keep your grades up in school, maintain eligibility.”

Those are lessons they plan on taking with them beyond high school. Mapps plans on joining the Air Force. Williams will attend University of Incarnate Word where he’ll play football and King plans on attending college and majoring in biology.

“I tell you what, I was plenty surprised when I came in July and the seniors responded well,” Haggerty said. “It’s going to take some time but we’re on the right track. Those are the kinds of athletes you want who are unselfish and will sacrifice their personal goals for the goals of the team. If you cultivate that, you’re going to be OK later on.”