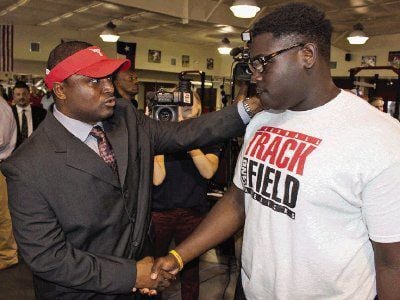 Claude Mathis, left, shakes hands with Chasen Hines after being introduced as Marshall’s athletic director and head football coach in 2017. 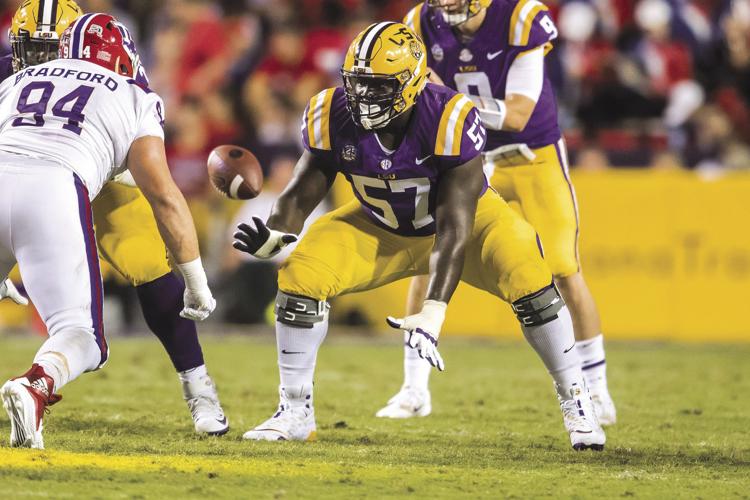 Claude Mathis, left, shakes hands with Chasen Hines after being introduced as Marshall’s athletic director and head football coach in 2017.

Editor’s note: One in an occasional series spotlighting the top moments from area schools.

It was Saturday, April 30, in the sixth round of the NFL Draft when Chasen Hines received a phone call from the New England Patriots, telling him they were taking him with the 210th pick.

“I talked to Bill Belichick most,” Hines said “I was talking to him for a minute. I can tell he’s a good person and a he’s obviously a really good coach. His track record speaks for itself. He’s about business, same as me. I’m not really a flashy, fancy person. I’m hard-working person and that’s the type of coach he is so it’s a perfect fit.”

When asked if reality had sunk in just moments after receiving the call, Hines said, “A little bit. Coming from Marshall and having this opportunity is big and to hear my name called, knowing I’m a New England Patriot, it’s surreal.

“It’s a dream for every kid but as you get closer, you see how hard that dream is,” he added. “Ten years ago, if you told me I would be drafted by the Patriots, I probably would have started laughing but I’m glad I am.”

Hines played on both offense and defensive line as Maverick and became a solid weapon on the offensive line at LSU.

He said he hopes he can be an example for other kids, especially those from Marshall.

“Keep going,” he said. “Use me for motivation. Don’t let anybody say you can’t. That’s one thing I was always taught was to never give up, always have faith. It’s still crazy thinking about it now. I’m glad to be a good role model for the young kids to follow so hopefully future Mavericks will be in the draft as well.”

Nathan Hague has been the sports editor of the Marshall News Messenger since 2014. His passion for sports along with the realization he would never play them professionally led him to to a career of covering sports and the people who play and coach them.