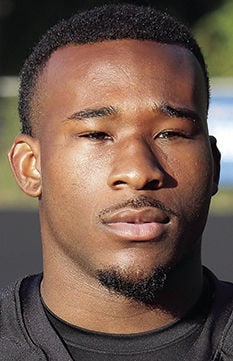 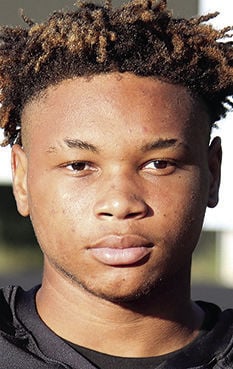 A dramatic and controversial 35-34 loss to the Huntsville Hornets ended the Marshall Mavericks’ 2018 football season. Now, the Mavs are out for revenge as they play host to Hornets in a rematch of last year’s Regional matchup Friday in this year’s bid-district round.

“We want to beat them,” Marshall head coach Jake Griedl said. “That loss is still very fresh in a lot of our players’ and coaches’ minds. So we’ve got to make sure we’re not emotional about it. We’ve just got to go out and play our game.”

In order to not get caught up in all the emotions, Griedl said his coaching staff isn’t approaching it any differently as it would a regular-season game.

“I think you address it like it’s any other game,” he said. “You don’t need to harp on that it’s win or go home. Everybody knows that. You coach what needs to get done, coach well, your kids go out and execute it and you get the job done.”

Marshall, which holds an overall record of 7-3 and 7-0 against District 9-5A DII opponents, is set to go up against a Huntsville team that is 7-3 overall and 5-2 in District 10-5A DII. The Hornets bring a defense that has forced 40 sacks and 11 interceptions on the year. The Mavs will have to be aware of guys like Jordan Brown who leads Huntsville in tackles with 96, nine of which came behind the line of scrimmage.

The senior linebacker also has one interception and one forced fumble. Huntsville senior defensive back Kobe Lewis has proven to be an asset for the secondary as he has interception four passes and forced one fumble.

“They’re a four-down defense,” Griedl said of the Hornets defense. “They fly to the football. They hang their head on stopping the run. They’re an extremely talented football team. They’re very athletic, very fast, physical. We’re going to have to be great up front and find ways to get first downs.”

This season, Marshall has outscored its opponents 324-263. As a team, the Mavs have rushed for 2,726 yards and passed for 1,351 yards this season. Ever since moving to the quarterback position earlier this season, senior Savion Williams has used his feet and his arm as a weapon. He also has other weapons in the backfield such as Joe Jordan and Dominique Williams. Receivers Demarcus Williams and Lyrik Rawls each have four touchdown passes.

When the two teams met in last year’s playoff game, it was held at The Star in Frisco. This year’s game will be held at Maverick Stadium and Griedl is glad to have the home-field advantage.

“We’ve been to the first round before, and so have they, but I think playing Huntsville heightens it,” Griedl said. “Our kids will be ready to go. They’re excited for the opportunity.”

Friday’s game is slated to kick off at 7:30 p.m. at Maverick Stadium. All tickets are general admission and cost $8 for adults and $5 for students. Tickets will be on sale today from 7 a.m. until 2 p.m. and on Friday from 7 a.m. until noon at the Y.A. Tittle Athletic Fieldhouse ticket window. Reserved parking with shuttle service will be available for $15. There are 132 spaces available on a first come, first serve basis.