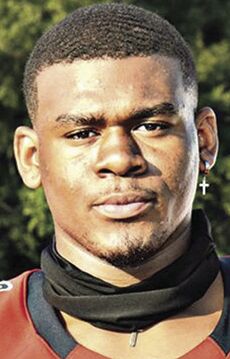 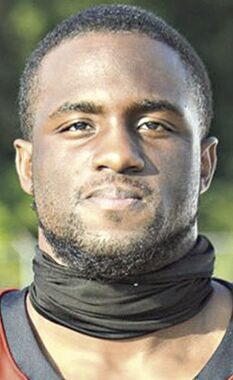 Marshall’s football team is looking to put the 53-21 loss to the Longview Lobos behind them.

“We had the best practice we’ve had in two years yesterday,” Marshall athletic director and head football coach Jake Griedl said. “Our kids have responded.”

A road win this coming Friday night would go a long way for the Mavericks when it comes to putting last week’s loss behind them but that will be easier said than done as Marshall goes up against a McKinney North squad that fell in its season opener, 63-49 against Justin Northwest.

“They do a lot of two-back sets,” Griedl said of the Bulldogs. “They put a tight end down and they like to run the ball. They’ve got a big Division I tight end (Dylan Frazier) and a big four-star wide (J.J. Henry) receiver who’s an Under Amor All-American kid, so they’ll try to get those guys touches. They scored a lot of points last week in their first game of the year and there’s usually a lot of improvement between week one and week two.”

Marshall has given up 79 points in its first two games and its defense will look to guys like Michael Washington, who in week one against New Caney, scooped up a loose ball and took it back the other way for a touchdown. They’ll also look to guys like defensive backs Daqavion Jackson and Avery Jamison to step up in a team effort in attempt to help lead the Mavericks to their second win of the season.

“All of them,” Griedl said when asked which of his defenders need to have a game in order to defeat the Bulldogs. “We’ve got to play better. We’ve been fixing it this week and we expect substantial improvement.”

Friday’s game is slated for a 7 p.m. kickoff at Ron Poe Stadium in McKinney. Tickets can be purchased online at http://spicket.events/bulldogs. There will be no tickets sold at the gate, therefore you must have your ticket downloaded on your phone or have a picture of your QR Code saved to your photos on your phone. If there are tickets still available at the gate a QR Code will be available to purchase tickets online. No passes will be accepted. The clear-bag policy is also in effect. Spectators must wear face coverings at all times. Spectators must answer No to the Covid screening questions before entry.