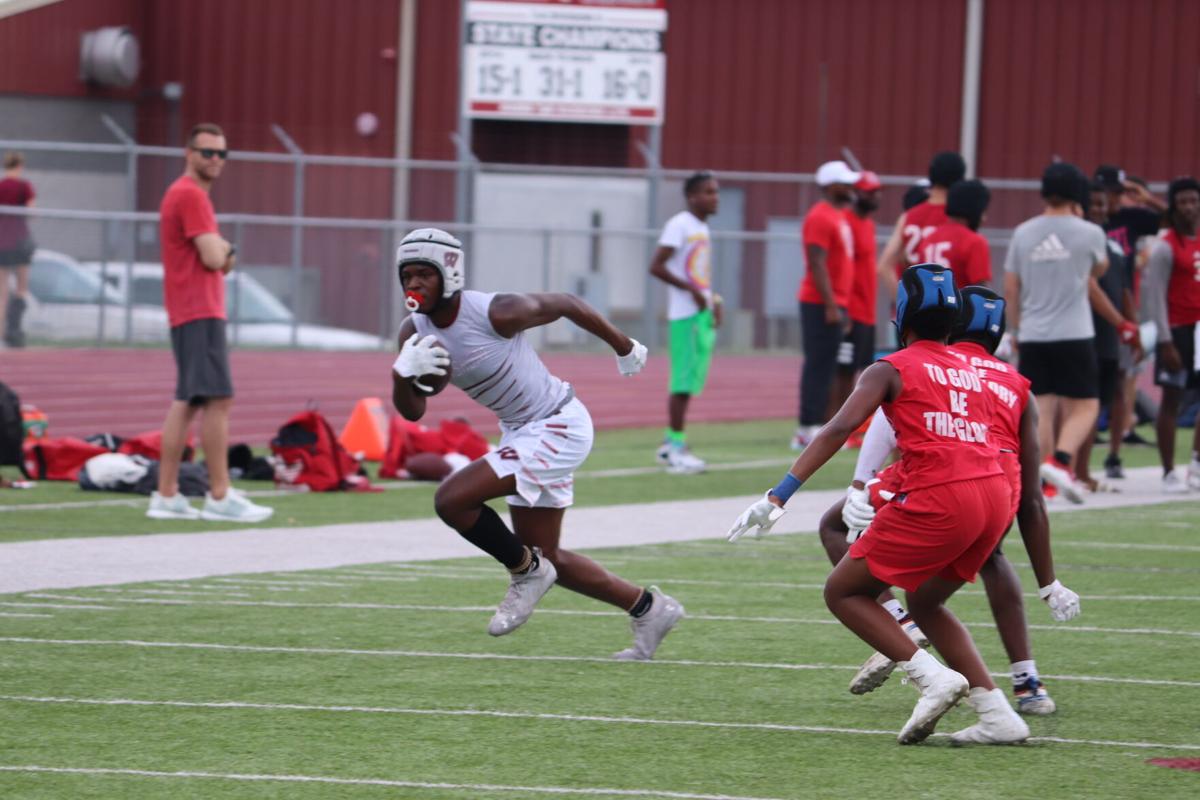 Waskom’s Layton Luster runs with the ball down field after making a catch in Tuesday night’s 7-on-7 action. 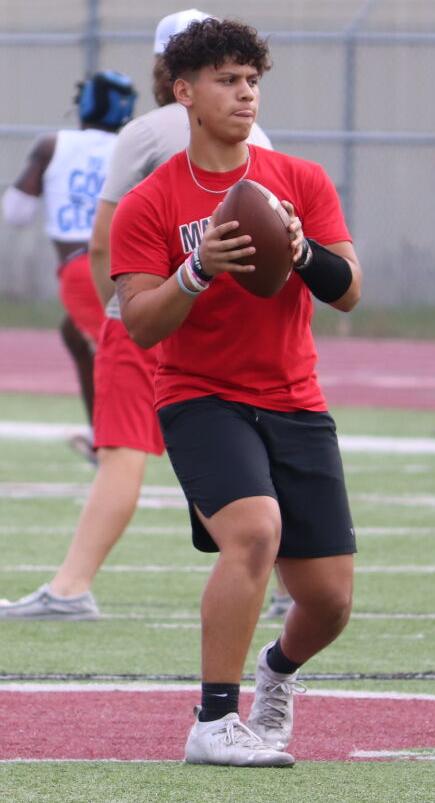 Waskom’s Layton Luster runs with the ball down field after making a catch in Tuesday night’s 7-on-7 action.

Today and Saturday will be packed with 7-on-7 football action as Waskom is set to host a state-qualifying tournament while Marshall will compete in Tyler.

The Waskom tournament will consist of four pools, each with three to four teams. Pool 1 will consist of Waskom, Arp, and Lone Oak. Pool 2 will be made up of Hughes Springs, Union Grove and Queen City. Competing in the third pool will be Daingerfield, Harmony, Garrison and White Oak while Tatum, Carlisle, Johnson City and Tenaha will battle it out in Pool 4.

Today’s action in Waskom is slated to start at 4 p.m. when Tatum takes on Carlisle on Field 1 while Johnson City goes up against Tenaha on Field 2 and Daingerfield and Harmony will battle it out on Field 3. Waskom will play its first game at 5:20 against Arp and two hours later, will go up against Lone Oak. The Semifinals will start at 8:30 p.m. when the winner of Pool 1 takes on the winner of Pool 2 while the Pool 3 and Pool 4 winners go head-to-head. The two winners of those games will then compete for the championship at 9:15 p.m.

Although 7-on-7 action is different from Friday night lights in the fall, coaches believe the tournaments will provide good competition and experience to help prepare their teams for the upcoming football season.

“Seven-on-seven is a good tool for our kids to compete,” Marshall athletic director and head football coach Jake Griedl said. “It’s not comparable to what we do in the fall but it’s another outlet for our kids to compete. Obviously it’s good for quarterbacks and receivers to work on things. It’s good for secondaries. Some of things that happen don’t correlate but there are a lot that do so ultimately we just want to see our kids go out there and compete.”

“They’re excited to be on the field for sure,” Waskom athletic director and head football coach Whitney Keeling said of his Wildcats. “The team’s we’re fixing to face, throw it predominately, so it’s going to be a challenge for us but like I told our kids, ‘Challenge yourself to be better. It doesn’t matter what the scores are. These don’t count on Friday nights.’ Understand you’re trying to compete and trying to get better as a player, not as a 7-on-7 team. Nobody’s going to ask me what my 7-on-7 record was.

“You work on conditioning and competing and defensively you’re covering people and stuff like that,” Keeling continued. “I’m not out there drawing up a bunch of 7-on-7 plays trying to get better at them. We’re going to run what we run and if we’re successful at it, so be it and if we’re not, no harm no foul, why does it really matter? You want your kids competing, keeping in shape and if they’re out there with me I know they’re not doing something wrong.”

“I think we’ve got as good a chance as anybody going out there, just kind of looking at the bracket,” Griedl said when asked how he likes his team’s chances in the tournament. “We’ve got to throw and catch obviously and stop some people. If we go compete, we’re going to give ourselves a better chance to qualify and I fully intend that our kids are going to go out there and do their best. We’ll see where the chips fall.”