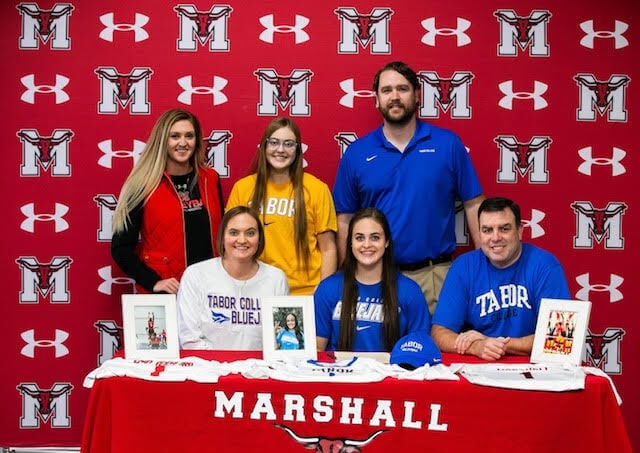 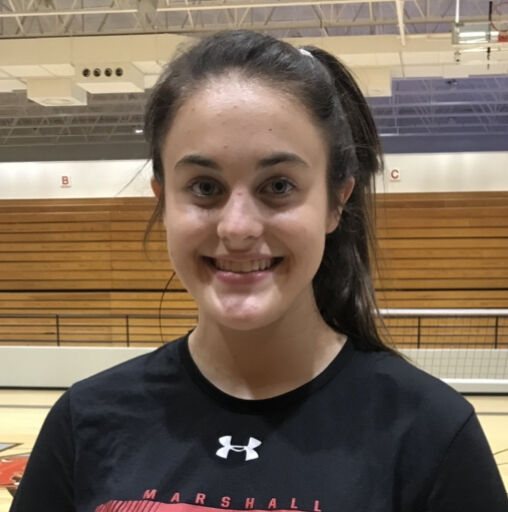 Emily Ellenburg made it official Monday – she’s heading to Hillsboro, Kansas to attend Tabor College to play volleyball at the collegiate level.

“I really wanted to go there because I knew the coach (Mike MacNeill) and I know his family and I really like the way he coaches,” Ellenburg said. “I’ve known him for a couple years because I went to Baylor camp and he was a coach there.”

MacNeill was the head volleyball coach at Wiley College before taking the job at Tabor College and recruited Ellenburg.

“I think it’s a good opportunity for her to go to a place where she’s already familiar with the family,” Marshall head volleyball coach Kayla Allen said. “The coach and his wife were here at Wiley. They became very familiar with each other so I think that will provide good comfort for Emily when she moves. It’s kind of far away from home so I think that allows her an opportunity to be successful, which is really good.”

When asked what her role will be with the team freshman season, Ellenburg said, “I’m not sure yet but he assured me I am going to get into the games.”

Ellenburg said she’s excited about for next year but the reality of it hasn’t sunk in just yet.

“I’m sure when school’s over it will hit me,” she said.

“It’s exciting,” Allen added. “My whole goal when I first started here at Marshall was to expand the amount of people reaching that level for volleyball. More girls are learning about volleyball at a younger age. When I first moved to Marshall and was going to ETBU, the Ellenburgs would come to the games in their uniforms and I can always remember seeing them at camps. So they definitely had that passion at an early age. It’s exciting to have been here four years and this is our third one to sign. So more girls are learning and she can be an inspiration to other girls.”

Ellenburg plans to major in history and eventually join the Air Force.