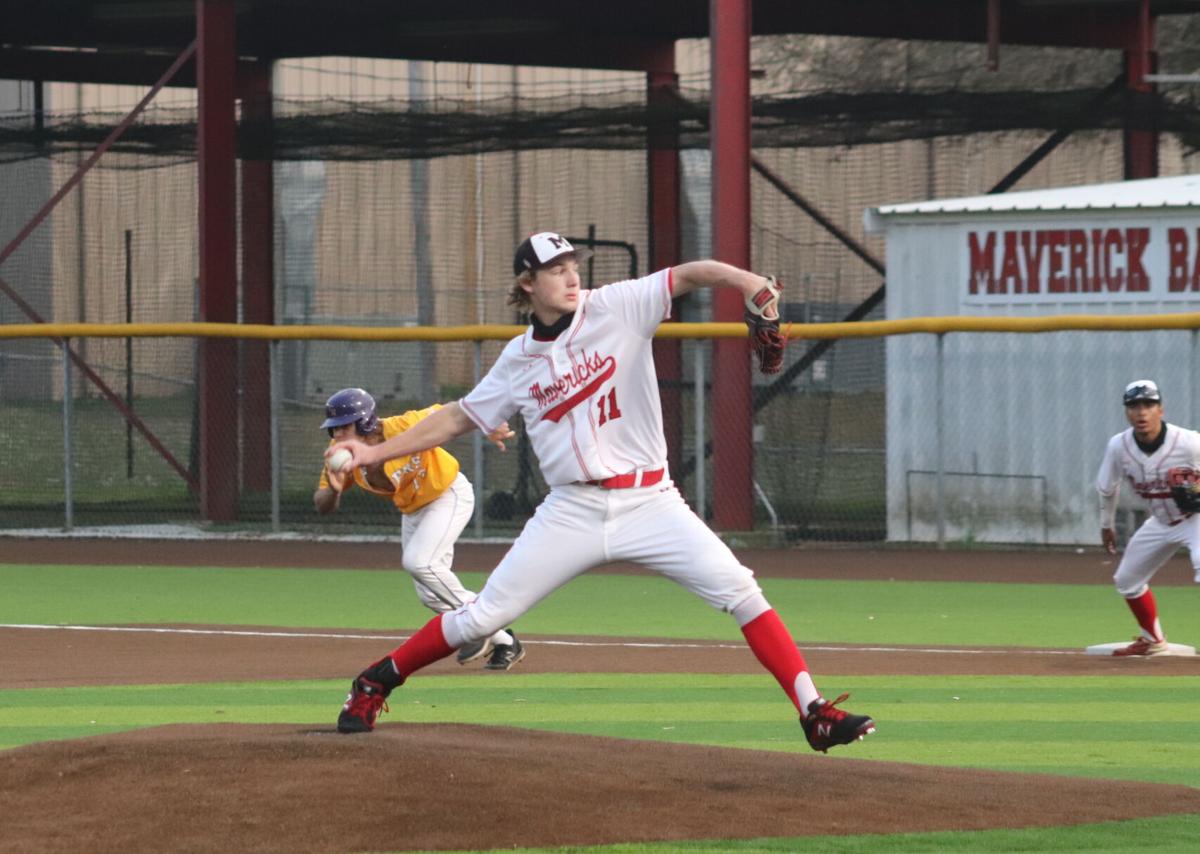 Marshall’s Hayden Kelehan delivers a pitch against Center in a non-district game at Maverick Field. 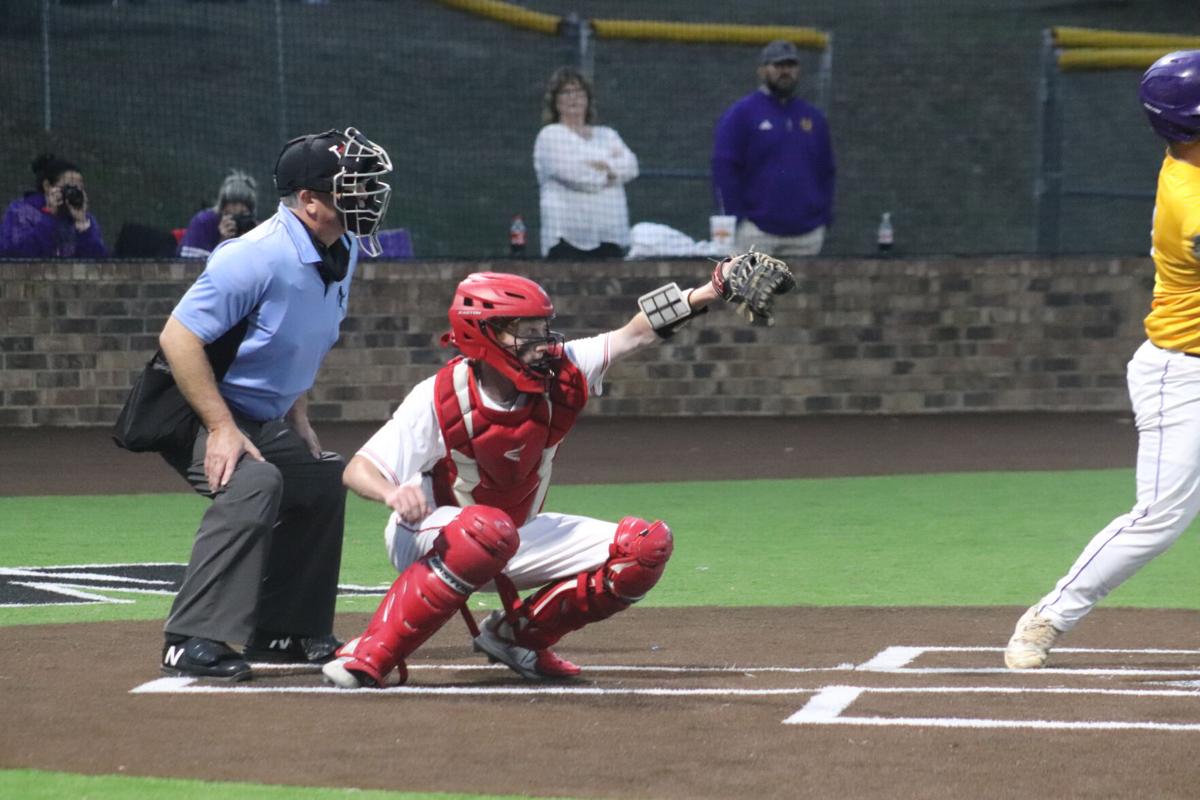 Marshall’s Jacob Oden works behind the plate against Center in a non-district game on Tuesday at Maverick Field. (Courtney Hague/Marshall News Messenger)

Marshall’s Hayden Kelehan delivers a pitch against Center in a non-district game at Maverick Field.

Marshall’s Jacob Oden works behind the plate against Center in a non-district game on Tuesday at Maverick Field. (Courtney Hague/Marshall News Messenger)

It wasn’t looking good for early for Marshall’s baseball team as it found itself trailing 6-1 but the Mavericks score six unanswered runs to defeat the Roughriders 7-6 in walk-off fashion.

The Mavericks now hold an overall record of 6-9.

Center got its first runner on base when Dubea singled with two outs on the board but the Mavs forced the third out to bring it to the bottom of the first where Marshall went three up, three down.

The second inning led off with a walk to put Crawford on first base before diving into second for the stolen base. He then advanced to third when Chandler Jones grounded out to shortstop. He was brought home on an RBI standup double from McSwain to give the Roughriders the first lead of the game. McSwain advanced to third when Morris reached on a single but the Mavs got their final out of the inning when Kelehan threw his second strikeout of the night.

Robbins became Marshall’s first base runner of the night with a single up the middle. Phillips joined him on the base paths with a single before advancing to second, putting two runners into scoring position. A strikeout ended their chances of scoring as the Mavs trailed 1-0 after two innings.

Rebollar reached on a hit-by-pitch to start the third inning. The next two batters were retired before Crawford was walked, putting runners on the corners. Rebollar took advantage of a Marshall error and ran home to score as Crawford took third before another error allowed him to score. Chandler Jones and Colling Jones each reached on a walk. With two runners on board and two outs, Kelehan threw a strike to close the top of the inning.

Cotton reached on a single and took third when Weaver doubled to left field. Kelehan launched a ball to left field where it was caught but Cotten tagged up and scored, giving Kelehan the RBI and the Mavericks their first run of the night, cutting Marshall’s deficit to 3-1.

Rebollar reached on a fielder’s choice before being brought home on an RBI single from Dubea. Dubea was then brought home on a two-run homer from Henson. That spread the Roughrider’s lead to 6-1.

Paul made contact and beat out the throw to first base with two outs in the bottom of the fourth. Roth was walked and an error allowed him to reach third as Paul dove into home plate to score. Cotton scored Roth on an RBI single.

Marshall kept center scoreless in the top of the fifth. Kelehan sent the ball to the left-field wall and slid into the third base for a triple. Oden brought him home on an RBI double to put the Mavericks within two runs. Dylan Thurman came in as a courtesy runner for Oden and scored on an RBI from Phillips. That put Marshall within one run, 6-5 after five innings.

Oden took the mound to start the sixth inning where he and Mavs kept the Roughriders from scoring as it remained a one-run ballgame. With two outs in the bottom of the inning, Weaver reached on a walk Center made its first pitching change of the night, throwing Rebollar on the mound. A fly ball to centerfield closed the inning and kept the Mavs scoreless, leaving Marshall trailing 6-5 heading into the seventh inning.

Crawford singled in the top of the seventh. He took second on a 6-3 groundout. Weaver fell under a popup in the infield for the second out before a second 6-3 groundout ended the inning to give Marshall one last shot at tying or winning the contest.

Oden reached on a single, putting the winning run at the plate. Shaw reached on an error and found his way to second as Oden took third, putting two runners into scoring position. Center was unable to field the ball hit by Robbins as the final two runs came home to score, giving the Mavs the 7-6 win.

Marshall is slated to return to district play Friday when it plays host to the Pine Tree Pirates at 7 p.m.