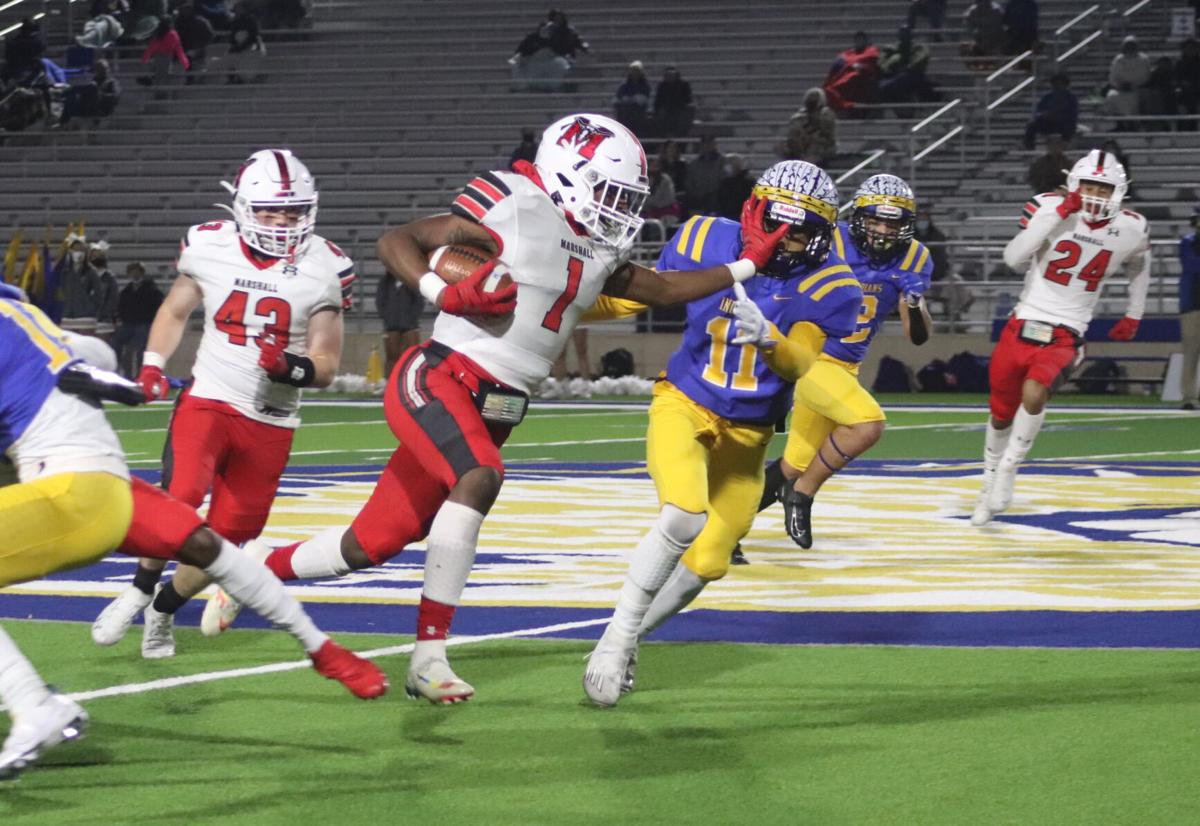 TOP: Marshall’s Lyrik Rawls is on his way to the end zone for a pick-six. RIGHT: Marshall’s Buck Buchanan kicks against Jacksonville earlier this season. 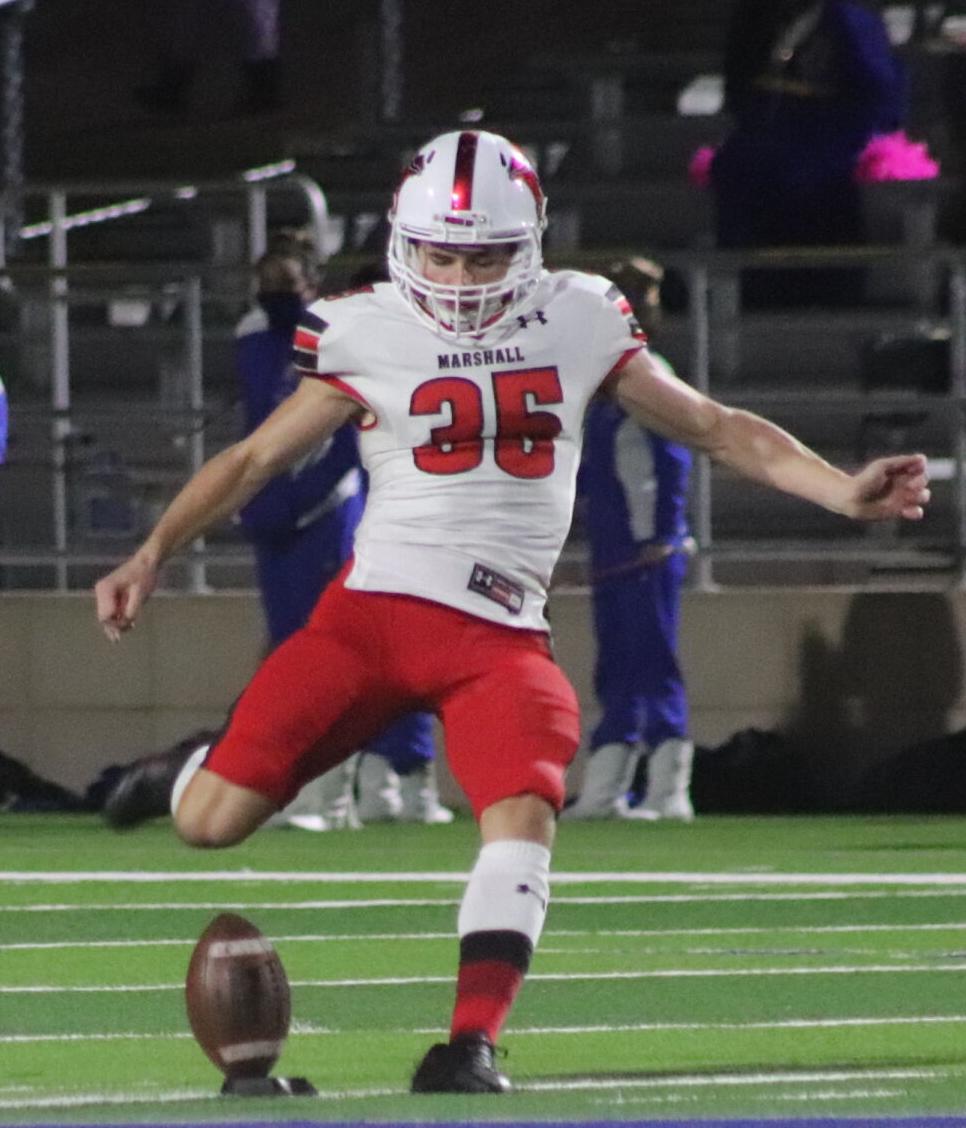 TOP: Marshall’s Lyrik Rawls is on his way to the end zone for a pick-six. RIGHT: Marshall’s Buck Buchanan kicks against Jacksonville earlier this season.

Marshall’s Lyrik Rawls and Buck Buchanan were honored on Thursday with the release of the Texas Sports Writers Association Class 5A All-State Football Team.

Rawls, a senior defensive back who has signed with Oklahoma State, was a first team selection, and Buchanan, a junior, earned honorable mention status.

The team was selected by TSWA members based on nominations from coaches and media members from around the state.

Aledo teammates DeMarco Roberts (offense) and Bryan “BJ” Allen (defense) were named Players of the Year in Class 5A.

Other East Texas players honored on the 5A team were: